Individuals with common sense have lobbied for the rescheduling of marijuana for decades. Marijuana remains a Schedule I drug, as it was with the implementation of the Controlled Substances Act of 1970. It was a crucial element in Nixon’s ‘war on drugs.’ According to the CSA, weed has ‘no current accepted medicinal value in the United States.’

The DEA has steadfastly refused to see the light and make marijuana more accessible. This is despite its potential therapeutic properties. Meanwhile, opioids flood the nation and cause an estimated 900 deaths via overdose every week! In contrast, marijuana has not been linked with a single overdose death in recorded history!

The DEA announced its refusal to reschedule cannabis in August 2016. This decision triggered a backlash and a startling revelation! It uncovered a secret previously only known by those with a specific interest in marijuana or patents.

The United States Department of Health and Human Services (HHS) has a patent (patent no. 6,630,507). It covers “the potential use of non-psychoactive cannabinoids to protect the brain from damage or degeneration caused by certain diseases, such as cirrhosis.”

It is important to clear up one misconception about patent no. 6,630,507, though. It is not a patent on cannabis itself. Instead, it only covers synthetic and natural non-psychoactive cannabinoids (which refer to the ones that don’t get you high). Of course, though, it isn’t as simple as that. A little bit of digging revealed that a few companies will benefit big time. But first, let’s review the background behind patent no. 6,630,507. 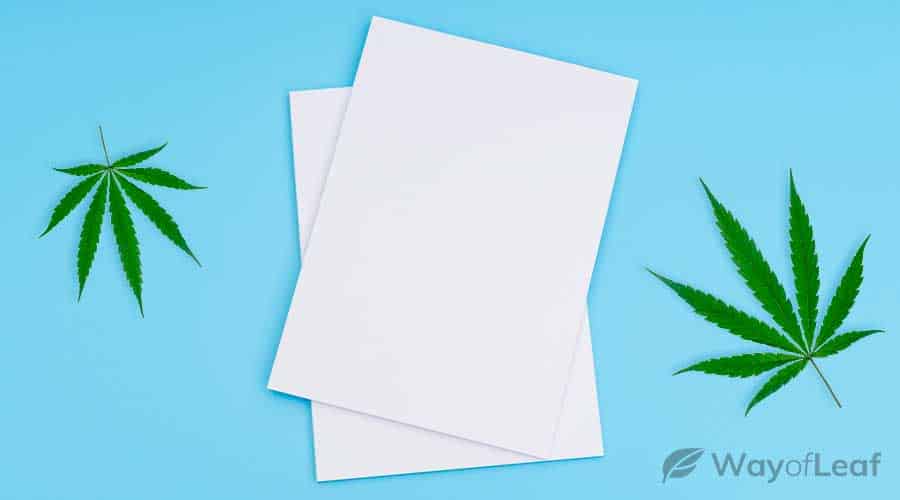 The 2016 DEA decision marked over four decades of federal agencies proudly ignoring evidence that marijuana does have medicinal use. Nixon wanted cannabis placed under the most restricted type of schedule. He created the Shafer Commission to try and prove the dangers of marijuana. Instead, research showed the benefits of the herb. The National Commission on Marihuana and Drug Abuse recommended the decriminalization of the drug!

Predictably, Nixon ignored these findings and marijuana remained as a Schedule I drug. Since then, ‘lack of evidence’ is cited as the reason for cannabis to remain in limbo. In reality, there are well over 20,000 positive studies. Sadly, the National Institute on Drug Abuse (NIDA) insists on publishing studies with negative results.

In 1999, Hampson, Axelrod, and Grimaldi filed patent no. 6,630,507. The HHS awarded it in 2003. These three scientists are from the National Institute of Mental Health (NIMH), which is part of NIDA. NIDA is perpetually against marijuana. Nonetheless, it had no problem granting a patent for non-psychoactive cannabinoids for the treatment of neurological conditions and illnesses caused by oxidative stress.

According to the patent, the scientists discovered that cannabinoids possessed antioxidant properties – a finding that was ‘unanticipated.’ Also, it is essential to note that the patent doesn’t cover cannabinoids that act through receptors (like THC). However,  it does specifically mention CBD.

What is the Rationale?

Angry cannabis users want to know why there is a patent of this nature. After all, the plant remains on the controlled substance list. Mark Rohrbaugh is a specialist hired by the National Institute of Health (NIH). He pointed out that the organization employs approximately 6,000 Ph.D. scientists to look at and analyze the results of studies. When one of these scientists makes a discovery or invents a new technology, the organization then decides whether or not to file a patent.

Also, according to Renate Myles, spokesperson for the NIH, patent no. 6,630,507 was applied for and granted because research showed there was a “possibility of non-psychoactive compounds in cannabis [that are] effective when treating neurological diseases.” As a result, patients can now enjoy relief without suffering from the adverse side effects associated with THC.

Rohrbaugh weighed in again, though, by stating that the patent doesn’t prove the compound is useful for the stated treatment. He claims that it would need purification before being synthesized in a lab. It would also require testing on animals and humans extensively. Then, he says, it would need FDA approval to prove it is both safe and effective for its stated purpose.

The statements by Rohrbaugh and Myles seem reasonable on the surface. However, they don’t explain the reasons why some firms will make an absolute fortune from patent no. 6,630,507.

For example, Kannalife Sciences Inc., a New York-based company, received an exclusive license from the NIH in 2012. It allowed the company to use part of the technology in patent no. 6,630,507. The goal was to develop cannabinoid and CBD-based drugs that treat a form of brain damage called ‘hepatic encephalopathy’ (CTE).

Myles said that companies were allowed to apply to use technology patented by the NIH for research. He also said they could apply for licenses to create drugs for neurological diseases. This happens in instances where the antioxidant properties of cannabinoids were potentially useful. Oddly enough, Kannalife Sciences Inc. was the only company to have a licensed portion of the patent.

That is until GW Pharmaceuticals got in on the act in November 2017. The patent expired on April 21, 2019. Now, everyone is allowed to create drugs based on the cannabinoids outlined in the patent. However, they still require FDA approval.

The CEO of Kannalife, Dean Petkanas, did not give the specifics of the licensing agreement. However, he did say the government would receive a percentage of sales, ‘six figures’ in royalties, as milestone payments. He also said that the DEA’s ruling was the best possible outcome for his company. Kannalife began the process of raising $15 million in investment in late 2016. It had a goal of starting initial CTE clinical trials in the first quarter of 2018.

In November 2017, GW Pharmaceuticals, known as Greenwich Biosciences in the U.S., completed its new drug application for Epidiolex. It is a formulation of CBD to treat seizures. Epidiolex received FDA approval to treat three types of epilepsy in June 2018. The drug could earn over $2.2 billion a year by 2025, according to analysts at Goldman Sachs.

According to patent and trademark attorney, Gregory F. Wesner, the government is decidedly two-faced on the 6,630,507 topic. On the one hand, the DEA has lumped all cannabis products into the Schedule I category. On the other hand, synthetic cannabinoid drugs are being approved. It seems that the FDA and NIH can pick and choose who gets to jump on the money train.

If marijuana received federal level approval, the party would end for the likes of Kannalife. An enormous number of companies would file patents in a short space of time. It would trigger a massive level of growth in the industry. While the likes of GW Pharmaceuticals would still profit, it would face immense competition. Meanwhile, cultivators would remain on the outside since plant patents are far more challenging to get.

What About the DEA’s Latest Announcement?

There was exciting news regarding the DEA and marijuana recently. The administration requested an annual grow quota of around 3.2 million grams for 2020. It will use the weed in scientific studies to examine the plant’s benefits and risks. In contrast, the DEA only requested 443,000 grams in 2018 and 2.45 million grams in 2019.

It seems as if the agency is finally getting serious about understanding the herb. Also, there are 40% more people working on research than two years ago. The announcement came a month after the DEA said it would start processing licensing applications for new cultivation farms. These locations are for federal research.

The University of Mississippi has stood alone as the only federally legal source of marijuana production for decades. The DEA welcomed such applications in 2016 but will finally begin the approval process! The agency is also seeking to reduce opioid use significantly. Does this mean that we will see the full legalization of marijuana? Perhaps, but cynics will say it can only happen if the numbers add up for the government.

Humankind has known the possible medicinal benefits of marijuana for centuries, if not millennia. However, the federal government refuses to reschedule the plant and make it legal across the nation. Meanwhile, patent no. 6,630,507 uses careful language to ensure that non-psychoactive compounds are used to create drugs. However, these synthetic products are only for specific conditions.

To apply, you have to be part of the cozy cartel of Big Pharma. The ridiculous thing about the whole situation is this: The federal government is banning the use of something that grows naturally in the ground! As long as there is money in prohibition, nothing is likely to change.