As you probably know by now, the United States is in the grip of an opioid epidemic. Of the more than 70,000 drug overdose deaths in the country in 2017, over 47,000 involved the use of opioids. We know that no one has ever died directly from a marijuana overdose. In 1988, Judge Francis Young reviewed the evidence about cannabis overdosing and pointed out that a weed user would need to use up to 1,500 pounds of the substance in 15 minutes to “induce a lethal response.”

In other words, it is practically impossible to die from a marijuana overdose. Nonetheless, we have read plenty of headlines which claim that people are dying after overdosing on weed. Given what we know about the substance’s lethal toxicity levels, it is clear that such scaremongering is utter nonsense.

However, it would be irresponsible and downright incorrect of us to tell our readers that they can’t die after using marijuana. The truth is, you CAN suffer from medical problems after consuming excessive amounts of cannabis, especially if you have a pre-existing condition. It is also a fact that the drug can alter your mental state temporarily and cause you to do idiotic and dangerous things.

Although you cannot die directly from weed due to an overdose, it doesn’t mean that marijuana use isn’t linked to tragedy. We urge people to look beyond the sensationalist headlines and read news items that discuss cannabis-related deaths. In this article, we take a look at a few weed-related fatalities and outline the real causes.

In November 2017, a number of publications wrote headlines proclaiming the news of  “the first marijuana overdose death.” It was a particularly tragic case involving an 11-month old baby who died after exposure to weed. The incident was discussed in a case report written by Thomas Nappe and Christopher Hoyte.

Both researchers were horrified that the news claimed weed was responsible. According to Nappe, the report merely outlined an unusual sequence of events and wrote that physicians believed it was necessary to study the possible relationship between the child’s death (due to myocarditis which is inflammation of the heart muscle) and cannabis. Nappe says that the report didn’t specifically blame weed for the tragic death of the baby.

Hoyte said that physicians were unable to find a reason for the death; this is very different from claiming that marijuana was responsible. It seems as if the baby ingested a high potency dose of the drug and went into cardiac arrest. During the post mortem, no clear cause was found, and since marijuana was found in the baby’s blood, it is easy to make the leap of blaming weed for the death.

It is true that cannabis can accelerate a person’s heart rate, but virtually all medical experts agree that in this particular case, it is ‘impossible’ that weed was the culprit. Sadly, it gives anti-marijuana protestors something to cling to; ignoring the fact that allowing a baby to consume any drug is objectively dangerous. 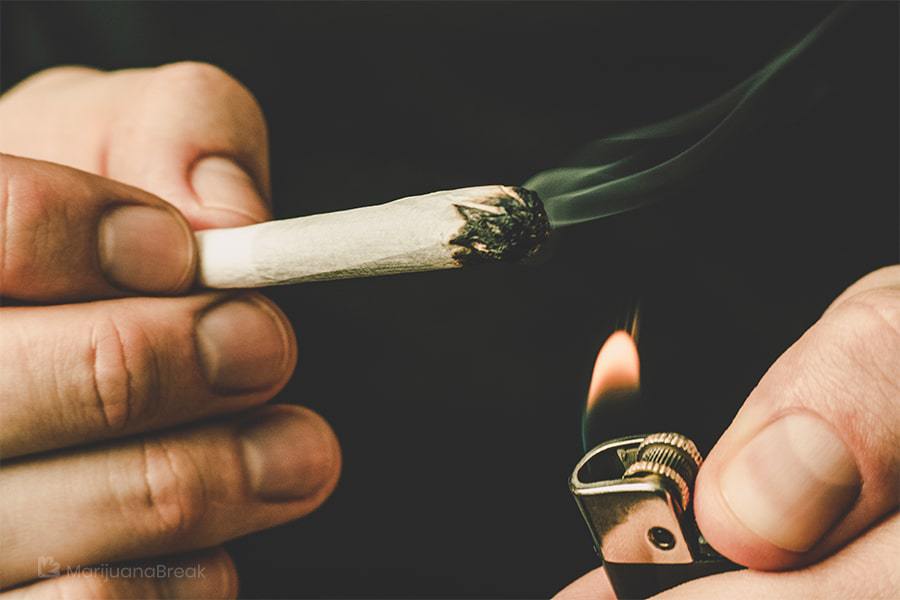 Even though it almost certainly incorrect to link marijuana with the death of the baby in our case above, it doesn’t mean that weed is 100% safe. There have been plenty of cases where a person consumed too much cannabis, did something dangerous and perished as a result. In March 2014, Levy Thamba, a student at Northwest College in Wyoming, was visiting friends in Denver.

The 19-year old fell from the fourth-floor at the hotel where he was staying and died. The young man had no history of mental illness. However, it was revealed that he consumed six times the recommended dose of marijuana when consuming an edible. Thamba and three friends purchased a marijuana cookie each from a store called Native Root Apothecary. The group was told to cut the cookie into six pieces and only to consume a piece at a time.

When they returned to their hotel, all of the group ate a slice of the cookie, which contained a total of 65 mg of THC, apiece. Thamba was unhappy at the lack of effect caused by the 10mg, but unfortunately, he didn’t realize that edibles take some time to affect body and mind. He was impatient and ate the rest of the cookie at once.

The next morning, he woke up shivering and began speaking in French. He kept waking up, each time in an incoherent state, and his friends say he started talking to a lamp in the room. At one point, he left the room and returned, saying that it was a sign from God and that he couldn’t control himself.

Although he once again went back to sleep, he woke up once more and started destroying the room, smashing lamps, the television, and furniture. Next, he ran out of the front door, fell over the railing which was on an elevated hallway overlooking the hotel’s lobby, and plunged to his death. The coroner said that weed intoxication was a major factor in his death. The autopsy report stated that there were 7.2 nanograms of active THC per ml of blood. This is less than 50% more than the legal limit when driving.

In other words, it was a long way from being a toxic amount. It was a very sad case of marijuana negatively affecting an individual who was unable to handle the unusual feeling. It is also possible that there were underlying medical factors that caused the reaction, but the autopsy did not reveal anything of that nature.

How Many People Die from a Marijuana-Related Cause?

It is now clear that while marijuana causes no deaths from an overdose, it has been linked to fatalities. The real answer to the question above is: “We don’t know.” We have read all sorts of spurious reports on the number of cannabis-related deaths. A Canadian Institute for Substance Use Research (CISUR) report initially claimed that 8,851 Canadians died from weed use in 2014!

CISUR quickly walked back on its claim and reduced the number of deaths to 851. It justified its figure by saying the deaths were due to lung cancer and traffic accidents. 638 of the deaths were allegedly due to cancer, but CISUR came up with this figure based on data from a 2013 Swedish study which said that heavy marijuana users had double the risk of lung cancer than non-smokers.

The problem with this study is that 91% of weed users in it also smoked tobacco! However, it is true that excessive marijuana intake has led to traffic accidents and fatalities. A study, published in the April 2017 edition of Drug Alcohol Dependency, estimated that marijuana-attributable traffic accidents were believed to have caused 75 deaths in Canada in 2012.

As weed causes intoxication, there is no question that it increases the risk of a traffic accident. However, the level at which it does it open to debate because of the number of drivers in accidents found with marijuana AND alcohol or another intoxicating substance in their system.

What have we learned? First of all, despite headlines to the contrary, no one has died directly from a marijuana overdose. The Hoyte and Nappe report on the baby did not specifically link marijuana to the tragedy; it merely pointed out that the coroner was unable to find another reason for the myocarditis.

The most salient point is that while cannabis won’t cause you to die from an overdose in the same manner as heroin or methadone, excessive use can still prove fatal. The Colorado tragedy mentioned above is just one example of an individual reacting badly to a high dose of potent marijuana. When a person becomes ‘too’ high, they can panic and start acting bizarrely. In the case of Levy Thamba, he was unable to control his behavior, and the unfortunate teenager died from a fall.

It is also a fact that driving while under the influence of marijuana increases the risk of dying in a traffic accident. Sensible drivers already know that driving while drunk is foolish, why should intoxication from cannabis be any different? Smoking joints is also likely to increase your risk of death from lung cancer, but experts can’t agree on the level of risk.

Ultimately, for most people, using weed sensibly can help them relax, and perhaps even treat medical ailments. However, it is not 100% safe so don’t assume that it is. After all, it is a drug, and research into it is very much in its early stage.