Whenever a state legalizes marijuana, for medicinal or recreational use, it is a cause for celebration. At the time of writing, we are up to 11 states plus D.C. that allow recreational use, and another 22 states have a medical marijuana program of sorts. However, although states are lining up to legalize the herb, federal law remains steadfast in its prohibition of the substance.

According to Section 812 of Title 21 in the U.S. Code, marijuana remains a Schedule I Controlled Substance and has done since 1970. As a result, transporting cannabis from one state to another, even if weed is recreationally legal in both states, it is a federal crime. The nation’s Constitution gives our federal government the authority to control and regulate commerce between states.

As a consequence, the feds can prosecute you from transporting marijuana from one legal state to another. As a result, you can be busted for bringing weed from California into Oregon, and vice-versa. While it isn’t a case of police eagerly waiting to arrest everyone at state borders, troopers in states such as Idaho know that people will try to smuggle in cannabis from Washington and Oregon, so they are extra alert.

Picture the scene; you plan to take a trip to Las Vegas from Sacramento. You go to Sin City, enjoy the fun to be had on the strip, and even make a few bucks. You also enjoy a few joints because herb is legal recreationally in the state of Nevada. Please note that you must use your weed in a private residence. If you are caught using it in a public place such as a casino, you face a hefty fine.

In any case, you drive back home and are stopped by a highway patrol in California. They search your car and find a few grams of herb. It’s no big deal, right? After all, you are traveling from one legal state to another and are in possession of well below the legal limit in either state. Alas, you will be taken in for questioning and are likely to face punishment.

Technically, you can be arrested for possession of cannabis in California because it is illegal under federal law. In reality, the government has agreed to allow states to police cannabis as they see fit. However, the feds have NOT pledged to look the other way when it comes to interstate transport of marijuana.

Whether you like it or not, you can expect to be asked a few more questions when you return from a trip to Canada – especially if there is a smell of weed in your vehicle! If it is evident that someone in the car has used the herb, the vehicle will be checked. If any of the substance is found in the car, you’ll have a problem to contend with! In fact, you could be denied admission to the United States!

The penalties you face vary depending on the state’s stance on the marijuana plant. In Oregon, for example, law enforcement occasionally allows passengers to fly to another destination within the state without having to dispose of your stash. If you are caught in a state such as Kansas or Idaho however, you will be arrested.

Things are a little different when it comes to driving across state lines. Remember, the federal government sees the interstate transport of marijuana as a federal crime and classifies it as interstate drug trafficking! In case you were wondering, you may receive the same punishment for carrying half an ounce as if you had 49 kilograms!

According to federal penalties for trafficking weed, hashish, and hashish oil, you can receive a prison sentence of up to five years for bringing less than 50 kilos of marijuana across state lines. In other words, being caught with any amount could be enough to land you in prison, with a fine of up to $250,000!

Drivers in states such as Colorado are regularly checked at ‘drug checkpoints’ traveling into states such as Nebraska. A couple of years ago, Nebraska’s attorney general called marijuana legalization in Colorado a ‘failed experiment,’ and said he wouldn’t allow it to spill over into his state. According to the Fourth Amendment, there are limits on how police can search your residence, but these don’t apply to recreational vehicles, so don’t assume you are safe in your RV.

Is the Law Hampering Marijuana’s Expansion?

The short answer is ‘yes.’ Although it is already a multi-billion-dollar industry, the inability to transport the herb across state lines is severely hindering the ability of weed companies to expand. Federal law doesn’t just cover individuals; it is also related to business. Therefore, if you are a cannabis edibles company in Oregon, you can’t branch out into California. 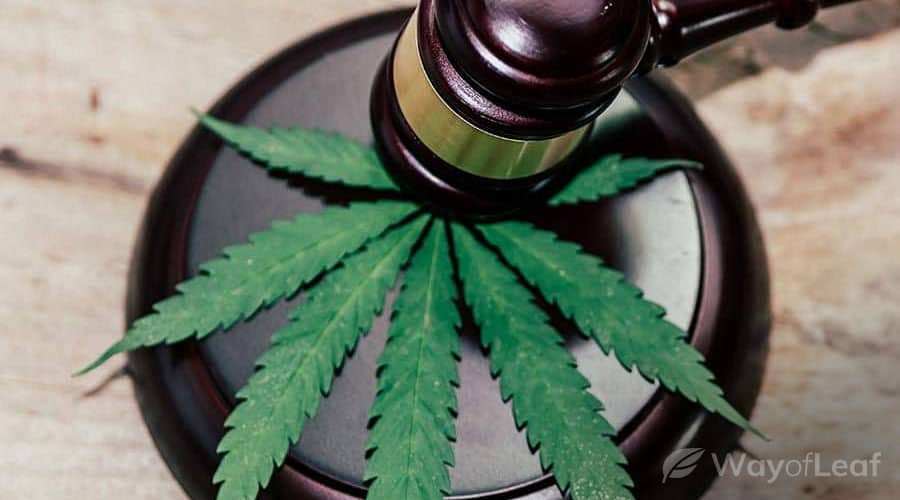 State-licensed weed businesses must grow, produce, and sell their produce within the confines of the state where they are licensed. No marijuana product can cross state lines, even if the company happens to be licensed in both states! While the situation hurts all cannabis firms, it has an especially significant effect on smaller companies who are not allowed to expand in the same way as businesses in other niches.

Let’s say you run a craft brewery in Nevada. You would have no problems trying to expand into New Mexico, Colorado, or Arizona, for instance. Assuming there is enough demand, you can increase production and ship across state lines. Alas, you could develop world-class cannabis chocolates in Oregon, and never be able to sell them in California, even though the product is legal there.

This is yet another obstacle that lies in the path of cannapreneurs. As things stand, there is a severe lack of banking services available to marijuana businesses. Therefore, it is only the companies with significant financing that have a chance of long-term success. In our hypothetical example, the chocolate maker in Oregon would have to go through the expensive and time-consuming process of getting a license in California in order to sell there.

Even if you can afford the time and money it takes to apply for a license in a new state, there are other barriers. For example, you may not be able to use the same method of marijuana extraction. Some states have banned the use of butane for cannabinoid extraction. Labeling and packaging requirements also differ in each state. If this isn’t enough of an issue, some states have a limited number of licenses available.

It can take years for your application to go through – if it ever does. Another option is to try and acquire a company with a license in the target state, but that costs a fortune. In Arizona, the license can sell for up to $7 million, even if the company in question isn’t operating! In Florida, we have heard of licenses selling for up to $50 million.

Is There Change in the Air?

As long as the current situation exists, expansion is impossible for most companies. However, a new congressional bill, introduced by Senators Earl Blumenauer and Ron Wyden, could change everything. The bill proposes to allow states to import and export cannabis legally. If it gets passed, the law will allow states that have legal marijuana programs to become involved in interstate transportation. 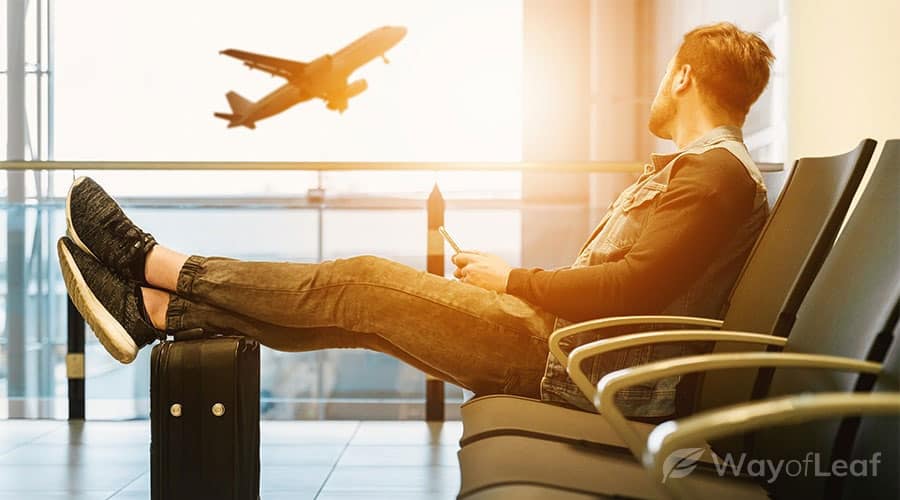 Meanwhile, in Oregon, Governor Kate Brown signed legislation in June 2019 that allows the import and export of marijuana products to neighboring states with legal weed systems in place. Unfortunately, businesses in the state can’t avail of the new law unless the federal government allows for it. If the mooted bill became law, Brown’s decision would give businesses in Oregon an immediate advantage.

Upon announcing the news, Wyden correctly pointed out that the gap between state and federal laws will only cause further confusion as more states legalize marijuana. He called on the government to end its “senseless and out of touch prohibition.”

Perhaps more importantly, the bill will also codify a policy that prevents the Justice Department from interfering in the weed laws of legal states. While a congressional rider prevents the feds from federal action, the protections must be renewed annually. According to the new bill, called the States Cannabis Commerce Act, the use of federal funds to prosecute any marijuana consumer or business acting in compliance with state law is forbidden.

This particular amendment passed on the House floor in June 2019 although we’re not sure how it will perform in the Republican-controlled Senate.

At the time of writing, it is entirely illegal to cross state lines with cannabis. It doesn’t matter if you are traveling from one recreational or medicinal marijuana state to another; you can be arrested and charged with drug trafficking. Penalties range from a fine to several years in prison depending on where you are caught.

As well as being confusing for marijuana users, the existing law is bad news for cannabis enterprises. It means they can’t hope to expand from their current state unless they are willing to spend millions of dollars trying to acquire a license in another location. Hopefully, the States Cannabis Commerce Act will bring an end to this nonsense, although the Republicans will probably bitterly oppose it in Senate.