There are all sorts of myths surrounding marijuana and its use. For example, anti-weed propaganda claims that everyone who smokes cannabis becomes an addict. In reality, fewer than 10% of those who use the herb become addicted. This percentage is lower than the addiction rate of ‘legal’ drugs such as nicotine, caffeine, and alcohol.

Another outright lie is that cannabis makes you sterile. Yet another myth is that it makes you lazy and unsuccessful.

This must come as news to avid users such as Willie Nelson, who seems to release at least one new album a year!

We would love to tackle every single absurd myth about weed in detail, doing so would ensure this article runs as long as Ulysses. Instead, we want to perform a counter-attack on the notion that cannabis makes you stupid.

We can’t lay all the blame at the door of a single piece of research. However, the so-called ‘Dunedin Study’ has helped keep the ‘weed makes you dumb’ myth alive. The study was titled: “Persistent cannabis users show neuropsychological decline from childhood to midlife” and was published in 2012.

It focused on cannabis use on over 1,000 people in Dunedin, New Zealand. It tracked them from birth to the age of 38. The researchers ascertained weed use in five interviews, which took place when the patients were 18, 21, 26, 32, and 38 years of age. It compared the IQs of the subjects from when they were 13 to 38 years of age.

Without going into too much detail, the study reached the following conclusions about marijuana:

This study has resulted in more than 1,200 papers on different topics. These include the biological outcomes of stress, the risk factors for antisocial behavior, and the long-term impact of marijuana use.

The study failed to take into account a variety of significant factors, including:

Also, the study discovered that those who began using marijuana after the age of 18 did not show the same decline in IQ as those who started using as teenagers.

Research by Ole Rogeberg, for PNAS in March 2013, found many issues with the Dunedin Study. The main factor was that of socioeconomic status. Rogeberg created a simulation model which found that poverty reproduced the same IQ change as exposure to marijuana.

Early weed use is common in individuals with behavioral problems, from low-income families, or with poor self-control. In that instance, Maori participants were overrepresented, according to Rogeberg. He didn’t say the Dunedin study was discredited but did suggest it was flawed with premature results.

Another big takeaway is that cannabis use as an adolescent potentially hinders brain development. It is an issue that other studies discuss in depth. However, hard evidence that proves your intelligence level suffers if you begin smoking marijuana as an adult is thin on the ground. Some would say it is non-existent.

While no one is suggesting that weed turns a dullard into Einstein, it certainly doesn’t do the opposite. A study led by Robert Tait at the Australian National University was published in 2011. It analyzed the long-term cognitive effects of weed use in almost 20,000 people between 20 and 24 years of age. Participants were placed into different groups, including Abstainers, Current Light Users, and Former Heavy Users.

During the next eight years, the subjects completed a variety of standard cognitive tests. Many of them focused on verbal memory, working memory, and intelligence. Unlike the other study, researchers controlled for numerous variables, including gender and education. 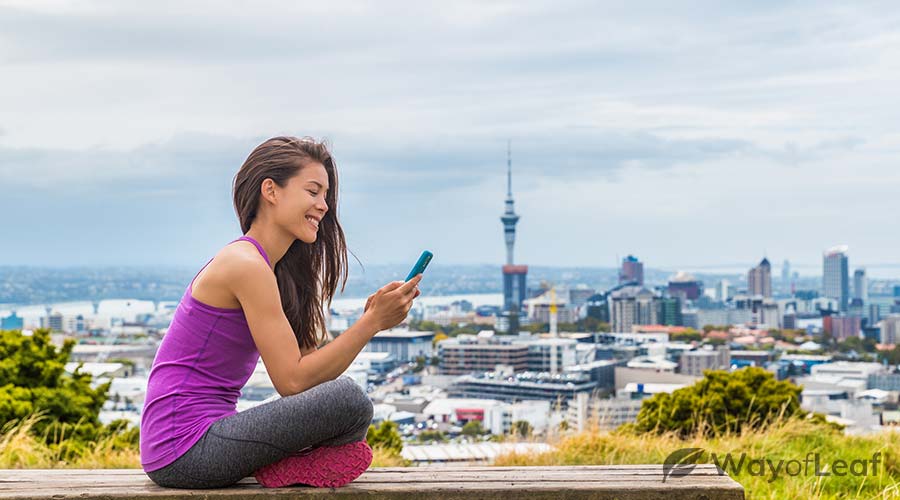 After these statistical adjustments, the study showed no “significant between-group differences.” Using marijuana had no noticeable impact on cognitive performance. One exception was short-term verbal memory tests where Current Heavy Users performed poorly.

Reduced performance on a short-term test makes sense, especially when you take into account what Harvard University researchers found in 2001. The study involved 180 people whose marijuana use ranged from light to heavy. For the record, ‘heavy’ use meant smoking at least 5,000 times. Every subject completed a range of attention, intelligence, learning, and memory tests on Days Zero, One, Seven, and 28 after quitting weed.

Although heavy users scored relatively poorly in the beginning, by Day 28, there were no significant differences among any of the groups in 10 different tests.

But Does Marijuana Make You SMARTER?

This is more difficult to determine, but some studies suggest the answer is ‘yes,’ at least in specific ways. A paper published by the University College London in 2010 looked at ‘semantic priming’ and marijuana usage. The term describes how activating one word enables us to react faster to related words. For example, ‘dog’ could lead to faster reaction times for ‘pet’ but not for an unrelated term such as ‘table.’

The researchers found that weed leads to hyper-priming, where semantic priming’s reach expands beyond normal parameters. For instance, when you hear ‘dog,’ you will think of words such as ‘hair’ or ‘leash’ which seem disconnected when in a ‘sober’ state.

This helps explain why creative people use certain marijuana strains. It helps the brain make remote connections that lead to unusual yet awesome ideas. It also explains why 95% of the greatest music ever made was created by people who were high.

An interesting study by the Salk Institute for Biological Studies was published in June 2016. It found that ‘dope’ may make you smarter. According to the study, cannabinoids such as THC block the inflammatory response and stimulate the removal of intraneuronal Aβ.

Aβ is also known as amyloid-beta and is a protein linked with Alzheimer’s. Researchers discovered that the THC in weed reduced inflammation levels and ensured the brain cells stayed alive. THC protected the cell and allowed it to heal itself.

The problem with this study is that the Salk Institute was working with cell cultures. Therefore, it is hard to know if the same phenomenon will occur when using humans. Other important considerations include THC concentration and even the method of using marijuana. Nonetheless, it is an exciting finding because it gives a glimmer of hope to patients with Alzheimer’s.

As much as we would like to say that marijuana is brain candy, there isn’t enough available evidence to make that conclusion. Preliminary findings are encouraging, however. We hope that scientists receive a greater license to investigate the long-term effects of cannabis on the human brain.

What we do know is that weed does not make you ‘dumber’ as long as you start using it responsibly as an adult.

Every study that makes such an assertion is riddled with more holes than Swiss cheese. Various studies that carry more weight also exist to counteract such findings. Marijuana probably does harm short-term memory, for example, but so does alcohol, and it is widely available. Plenty of intelligent and successful people have smoked weed in the past.

It does seem as if chronic use over a long period could have adverse effects on cognitive function. We’re talking about individuals who are habitually stoned daily. Those who use cannabis responsibly are highly unlikely to suffer the same fate. Finally, it is incredibly unwise to begin using marijuana as a teenager. The brain hasn’t fully developed, and you could hinder future growth.