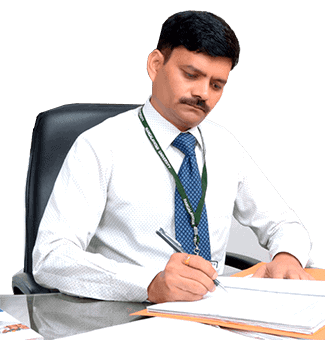 Dr. A.K. Gupta is a Professor of Biotechnology Research & Development in Maharishi Markandeshwar Deemed to be University, India, having 25 years of experience in botanicals and biotechnology. He has rare combination of skills in Plant Tissue Culture, greenhouse cultivation using hydroponics,  Phytochemicals extraction and quality control of finished drugs. These skills are perfectly fit to emerging cannabis industries worldwide as these all four skills are needed for – elite cannabis germplasm culture in laboratory, hardening & growing of tissue cultured disease free cannabis varieties in greenhouse through hydroponics, extraction of cannabinoids and terpenes from Cannabis species and finally standardization and quality control for purity and contaminants of microbes, toxins, pesticides and residual solvents in ready to use extracts.  In addition to these, he has expertise in Genome analyses of crop cultivars.

As a plant tissue culture expert, Dr. Gupta has developed protocols for tissue culture of cannabis cultivars in the laboratory and crops of horticultural importance. Under his supervision, his laboratory has produced over a million of tissue cultured and hardened plants of Gerbera, Carnation, Strawberry, Papaya, and Banana for local nurseries, farmers and organizations.  He has in depth knowledge of various tissue culture media preparation and sterilization, aseptic preparation of explants and inoculation, uses of PGRs, meristem culture, embryo culture, callus culture, protoplast fusion, monitoring growth conditions, sub culturing of micro propagated plants, disease indexing for producing disease free micro plants for nurseries and markets, hardening of in vitro plants for ready to transplant in the field and greenhouses.

Prof. Gupta is well acquainted with modern greenhouse practices for crop production under optimum climatic conditions and automated fertilization systems. He has been performing commercial scale cultivation of herbs in climate controlled greenhouses in soilless media for more than a decade in India. He is currently overseeing commercial scale hydroponics of horticultural crops in his present organization.

He is expert in natural products active principles isolation and optimization through solvents extraction in Soxhlet, Rotary Evaporator and column chromatography. He has done residual solvent analyses of herbal extracts through HPLC and GC. He has handled up to one metric ton raw herbs in large vessels for solvent extraction of various herbal dugs. For chemical solvent free cannabis extraction, he has developed SOPs for supercritical fluid extraction for PhytoSciences Consultants, USA. Dr. Gupta is well versed with GMP, CGMP and GLP for quality control of herbal drugs. He supervises high-tech instrument handling in the lab for best results and performance. He did quality control of bulk drugs prior to shipment while serving in an herbal pharmaceutical company. Dr Gupta has supervised microbiological analyses of raw herbs and finished drugs for confirmatory testing of microbes Pseudomonas aeruginosa, Staphylococcus aureus, Salmonella sp, E.coli & coliforms and Yeast & Molds using specific microbial culture media before release of finished drugs under stringent quality control (QC) and quality assurance (QA) as per guidelines of various pharmacopeias.

He has published 8 books including book on Genomics & Proteomics, 18 Research papers and has presented his research works in over 25 national and international conferences. Several invited talks in leading colleges and Universities are to his credits. He has trained  large number of undergraduate, graduate  and research students of biotechnology and Life Sciences under his supervision.  He is a member of editorial boards of three research journals and reviewer for many national and international research journals. He has been one of the Principal Investigators in World Bank funded project on conservation of medicinal plants biodiversity in India.

What Are the Best Delta-8 Tinctures & Oils on the Market?

The most reliable brands