Vitamin K is a fat-soluble vitamin with many essential functions. It is necessary for blood clotting, strong bones, cardiovascular health, and more.

This article explores the best-studied vitamin K benefits and how to ensure you are getting enough.

What Is Vitamin K?

A Danish scientist called Henrik Dam discovered vitamin K in 1929. He found that it played a crucial role in blood clotting and named it after the Danish word koagulation (coagulation).

Since then, our understanding of the nutrient has grown exponentially, and we now know that it has numerous other functions.

For example, it is necessary for producing proteins that maintain the bones and other tissues. Therefore, it is essential to consume adequate vitamin K in order to keep these structures healthy. 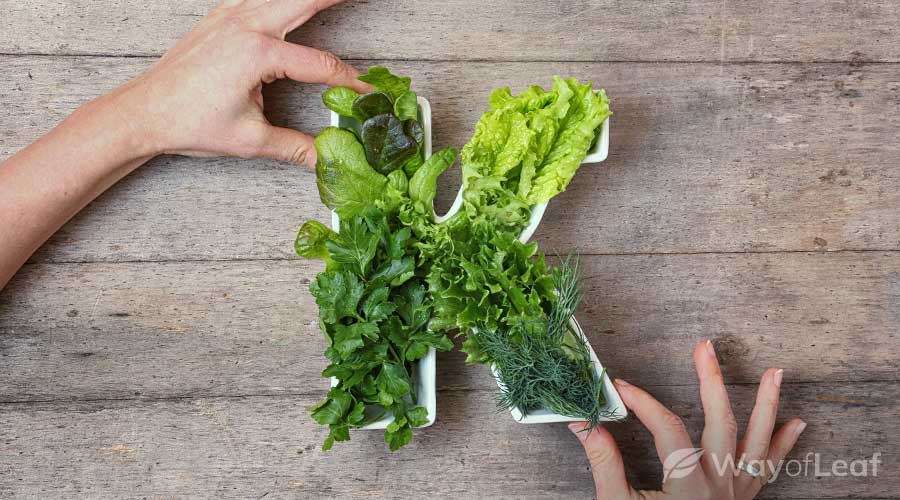 Unlike some other fat-soluble vitamins, the body does not store much vitamin K. However, the body can recycle the nutrient multiple times via a process known as the vitamin K cycle. Therefore, it is not necessary to consume large amounts each day.

Vitamin K deficiency is rare in adults, although people with malabsorption conditions may struggle to get enough.

There are several different types of vitamin K:

We will discuss some of the best vitamin K sources in detail later. First, let’s take a look at some of the benefits of this nutrient.

Vitamin K is sometimes known as “the clotting vitamin,” and deficiency can cause symptoms such as bruising and bleeding. It is rare in adults but can affect newborn babies who may develop vitamin K deficiency bleeding (VKDB).

VKDB occurs because vitamin K cannot readily cross the placenta into a baby’s bloodstream. It is also only found in low levels in breast milk. Furthermore, newborns do not yet have sufficient intestinal bacteria to produce vitamin K2.

In VKDB, bleeding can occur inside or outside the body. If the bleeding is internal, for example, in the brain or intestines, it can be challenging to detect. If left untreated, it can have life-threatening effects. Therefore, most babies receive a vitamin K shot shortly after being born as a preventative measure.

If, for some reason, a baby does not receive this shot, their caregivers should look out for the following symptoms:

In rare cases, these symptoms may also appear in babies who have had the vitamin K shot. If they do, seek medical attention immediately.

Another issue that can arise from the relationship between vitamin K and blood clotting involves blood-thinning medications, such as warfarin.

People who take blood-thinners will need regular vitamin K assessments to ensure they stay within the optimal range.

This includes not overconsuming the vitamin and eating the same amount each day to keep their levels constant. It is also necessary to be careful with vitamin E supplements, which affect how vitamin K works.

People who take blood-thinners will need regular vitamin K assessments to ensure they stay within the optimal range.

There is a strong link between vitamin K and bone health. Higher intake of the nutrient is associated with higher bone mineral density (BMD) and a lower risk of fractures. It appears to work synergistically with vitamin D, which is also essential for strong bones.

Related article
Vitamin K Foods: What Are Your Options?

However, human studies on vitamin K and bone health have produced mixed results. For example, a 2003 publication found an association between low vitamin K intake and reduced BMD in women but not men. The reason for this is unclear.

Interestingly, the European Food Safety Authority has approved claims relating to vitamin K’s impact on bone health. However, the FDA has not.

Further research is necessary to determine whether vitamin K supplementation can increase BMD and prevent osteoporosis and fractures. That said, it may be useful for high-risk groups, such as post-menopausal women.

Researchers are becoming increasingly interested in the relationship between vitamin K and heart disease. There is some evidence that low vitamin K status correlates with cardiovascular disease development. This appears to be especially true for at-risk groups, such as those with kidney disease.

It seems that vitamin K helps prevent arterial calcification, which causes the blood vessels to stiffen over time.

However, there are only a handful of intervention trials in this area. Most of them involved combining vitamin K with other nutrients, such as calcium and vitamin D.

The results have been positive overall. For example, one study found that, over three years, vitamins K and D maintained carotid artery elasticity better than vitamin D alone.

It seems that vitamin K helps prevent arterial calcification, which causes the blood vessels to stiffen over time. The process happens naturally with age and is a significant contributor to coronary heart disease.

Vitamin K is not generally known for its effects on the skin. However, a 2019 study found that it could play a role in wound healing when applied topically. It appears to alter cellular metabolism and reduce inflammation, both of which assist the healing process. 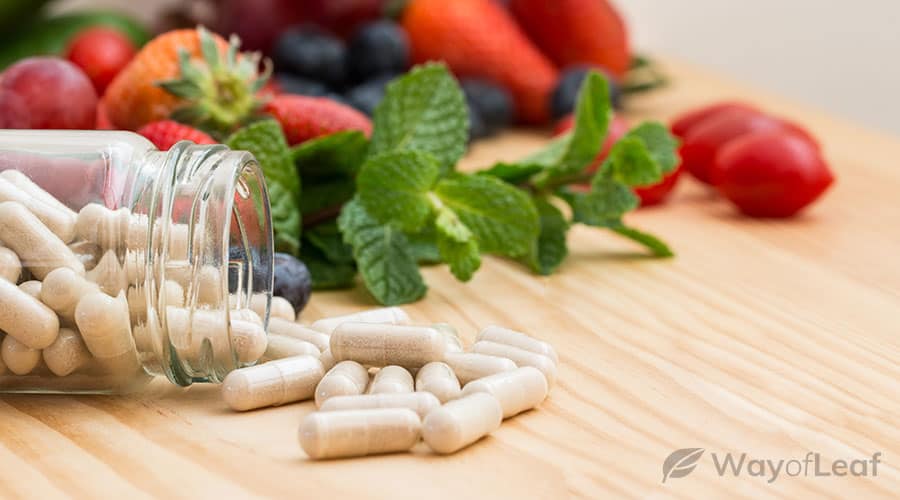 Another study from the same year found that vitamin K2 could act as an immunosuppressant in atopic eczema patients. It demonstrated that the nutrient altered immune cell expression and could hold some therapeutic potential.

However, far more research is necessary before we understand the full range of vitamin K benefits for skin.

Maximizing the Benefits of Vitamin K

We now know why vitamin K is good for us, but how much do we need? According to the National Library of Medicine, the recommended dietary allowance for adults over 19 is:

It is possible to find vitamin K in a wide variety of foods. Some of the best examples include:

Because it is fat-soluble, it is best to consume vitamin K at the same time as some fat or oil. Doing so will help the body to absorb it effectively. Choose healthy fats such as olive oil or avocado, or use vitamin K-rich soybean or canola oil in recipes.

Vitamin K Side Effects and Interactions

The body metabolizes vitamin K relatively fast, so it does not build up to toxic levels as vitamins A and D can. Therefore, side effects are rare, although it is possible to have an allergic reaction to vitamin K. This is more likely to occur with high-dose supplements than vitamin K-containing foods.

As we already mentioned, people on blood-thinning medications should consume vitamin K with caution. Overconsuming vitamin K with drugs like warfarin could interfere with the way the medicine works.

Furthermore, there are several other drug interactions to consider. They include long-term antibiotics, bile acid sequestrants, and the weight-loss drug orlistat. These medications can alter how the body produces and uses vitamin K. Therefore, people taking these drugs may require careful monitoring to ensure their vitamin K levels remain adequate.

The health benefits of vitamin K are numerous. It plays a vital role in blood clotting, bone maintenance, heart health, and more.

Fortunately, vitamin K deficiency is rare in adults. However, it is essential to consume enough vitamin K each day. Good sources include leafy greens, vegetable oils, fermented foods, and some animal products. Newborn babies should have a vitamin K shot soon after birth to prevent vitamin K deficiency bleeding.

Related article
Vitamin B Benefits: What Are They?

How they keep us healthy…