Vitamin F is not as well known as some other nutrients. In fact, it does not even appear in most lists of vitamin and mineral supplements.

One reason for this is that ‘vitamin F’ is a synonym for essential fatty acids (alpha-linolenic acid and linoleic acid). People usually discuss these compounds under the umbrella terms of ‘omega-3’ and ‘omega-6.’

This article explores some of the best-known vitamin F benefits, possible side effects, dietary sources, and more. Read on for the complete guide.

What Is Vitamin F?

Vitamin F is an alternative name for the essential fatty acids, alpha-linolenic acid (ALA) and linoleic acid (LA). These nutrients are ‘essential’ because the body cannot synthesize them, meaning we must obtain them from food.

ALA and LA are polyunsaturated fatty acids, also known as PUFAs. These molecules consist of long carbon chains with a methyl group (H₃C) at one end and a carboxyl group (COOH) at the other. 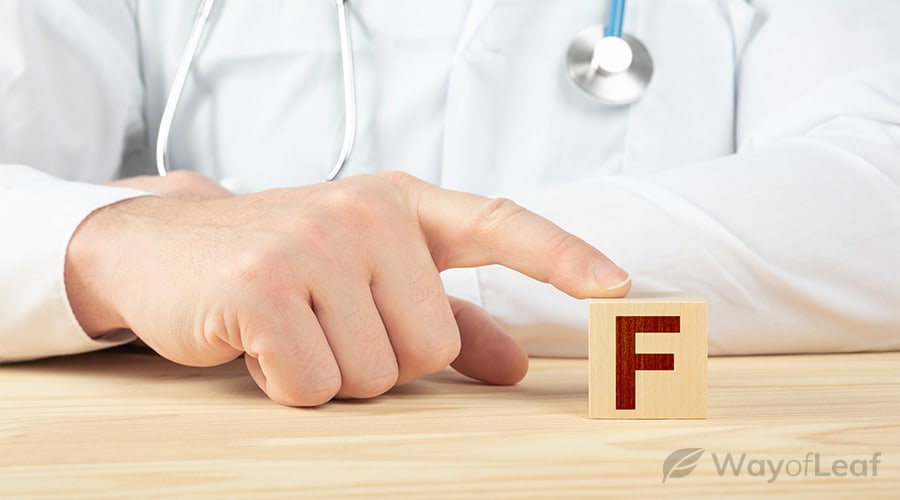 The term polyunsaturated means that they contain multiple double bonds between their carbon atoms. PUFAs can be classified as omega-3 or omega-6, depending on the location of the first double bond.

There are many different omega-3 and omega-6 fatty acids, but ALA and LA are among the best known. Two other important omega-3 fatty acids are eicosapentaenoic acid (EPA) and docosahexaenoic acid (DHA). However, our bodies can synthesize EPA and DHA from ALA, so they are not considered ‘essential.’

They are a vital structural component of cell membranes, especially in the nervous system and eyes. They also play a role in cholesterol regulation and energy production. Finally, they are necessary for synthesizing signaling molecules called eicosanoids, which are involved in cardiovascular, respiratory, immune, and hormonal health.

Let’s take a look at the specific benefits of ALA and LA in more detail.

Benefits of Alpha-Linolenic Acid (ALA)

ALA is an omega-3 essential fatty acid. This means that the molecule’s first double bond is three carbon atoms from its methyl group.

There are several plant-based ALA sources, including flax seeds, hemp seeds, and walnuts. This is in contrast to EPA and DHA, which primarily come from seafood and animal products.

The liver can convert ALA into EPA and then DHA, but only in small quantities. Therefore, experts recommend consuming omega-3 fatty acids from a variety of sources. Those who do not eat meat or seafood may wish to consider supplementation to increase their EPA and DHA intake.

Related article
Hemp vs. Flax: Battle of the Seeds

How do these two popular plant…

It is widely accepted that omega-3s are a crucial component of a balanced diet. Over the past few decades, researchers have tried to determine whether they could help prevent or treat various medical conditions.

One of the best-studied areas is how omega-3s influence heart health, and it does seem they provide some benefits. According to the American Heart Association, these benefits might include:

All of the above could potentially reduce the risk of coronary heart disease and cardiovascular death. This makes omega-3 fatty acids a vital part of a heart-healthy diet.

Unfortunately, evidence relating to other conditions such as Alzheimer’s disease and diabetes is far less conclusive. Therefore, more research into these subjects is required.

LA is an omega-6 fatty acid, meaning its first double bond is six carbon atoms from its methyl group.

It is primarily found in vegetable oils, including canola, corn, sunflower, and soybean oil. Therefore, it is the most widely consumed PUFA in the human diet.

Like omega-3s, omega-6 fatty acids play a role in maintaining cardiovascular health. They may help to regulate cholesterol levels and slow the development of atherosclerosis. However, research in this area has conflicting results.

Furthermore, consuming too much LA could do more harm than good. For example, the body converts LA to a chemical called arachidonic acid. It is a precursor to pro-inflammatory chemicals that could negatively impact health in large amounts.

There is also evidence that high LA levels could interfere with the body converting ALA to EPA and DHA. Therefore, many experts recommend consuming fewer omega-6 fatty acids and more omega-3s.

Scientists have suggested that the ratio of omega-6 to omega-3 fats in the typical western diet could increase the risk of chronic disease. Cardiovascular disease, cancer, and inflammatory or autoimmune disorders are just a few examples. 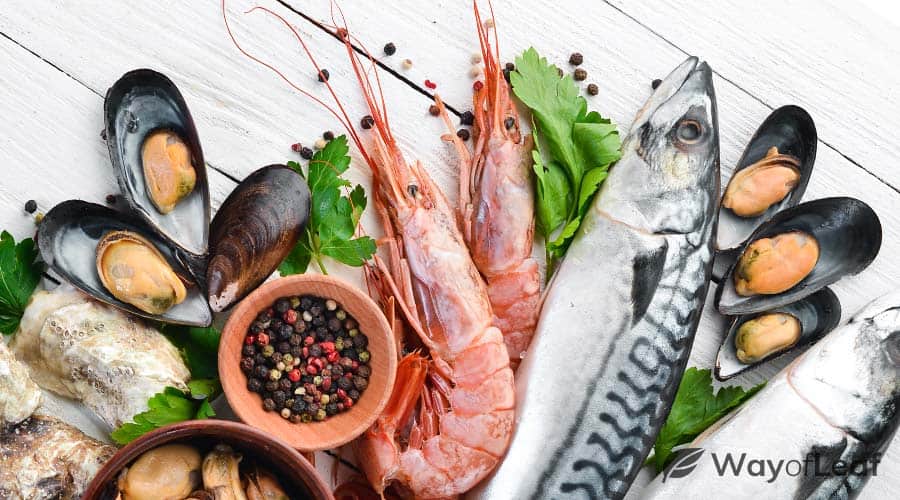 Although the optimal dose has not been determined, some recommend a 5:1 ratio of omega-6 to omega-3 fats. Others argue that increasing one’s omega-3 intake (rather than reducing omega-6) provides benefits, especially when they replace less healthy options.

Some of the best foods with vitamin F (omega-3 fatty acids) include the following:

The best sources of EPA and DHA are oily fish. However, consumers should avoid fish with a high mercury content, such as king mackerel, swordfish, and tilefish. They should also limit tuna to 6oz per week.

Taking high doses of EPA + DHA could potentially impair immune function by suppressing the inflammatory response. Other possible side effects of vitamin F supplements include:

While ALA is available in many plant-based products, the best source of EPA and DHA is seafood, especially oily fish.

Anyone concerned that they are not getting enough EPA or DHA could consider a supplement. However, individuals should consult a healthcare provider before use and not exceed the maximum daily dose.

Related article
Vitamin B Benefits: What Are They?

How they keep us healthy…

Our review of this unique brand

Top Vitamin B Foods: Dietary Sources of This Nutrient

The most nutritious choices