Selenium is an essential mineral with many crucial functions. It is vital for good health but also has a narrow therapeutic window. What this means is that too much can be just as harmful as too little.

This article explains how to ensure you are getting the right amount of this nutrient. We will also explore the link between selenium, vitamin A, vitamin C, vitamin E, and iodine. Here is our complete guide.

Selenium was discovered in 1817. It is a trace mineral, meaning that we only need tiny amounts to maintain our health. Therefore, most people can get enough selenium from their diets.

Plant-based foods are the primary source of selenium, including Brazil nuts, cereals, and other grains.

Plant-based foods are the primary source, including Brazil nuts, cereals, and other grains. There is also some selenium in meat (especially muscle and organ meat), seafood, dairy products, and mushrooms. However, the precise amount in individual foods varies depending on the selenium content of the soil where it grew.

Now, we will explain some of the best-studied selenium health benefits and its most common uses.

In the body, selenium forms over 25 different enzymes called selenoproteins. They have a range of crucial functions, helping to maintain health and prevent disease.

The majority of our selenium is stored in our muscles. However, the highest concentration of the mineral is in the thyroid gland, where it exerts many of its effects.

This small organ is responsible for releasing hormones that regulate energy production. Selenium is necessary for the synthesis and metabolism of these hormones. It works closely with the mineral iodine to maintain thyroid function and regulate energy levels. 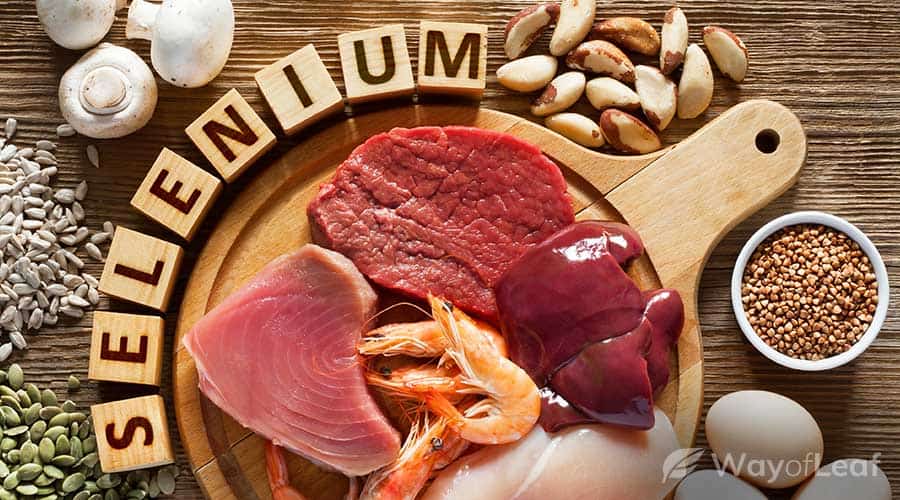 Another of selenium’s functions involves protecting our cells from oxidative damage. It is a critical component of several chemicals called glutathione peroxidases, which are part of our antioxidant defense system.

Antioxidants help to safeguard our cells and prevent the development of chronic diseases. Therefore, scientists have suggested that selenium may offer some protection against certain forms of cancer, cardiovascular disease, cognitive decline, and more. However, clinical trials have yielded inconsistent results, and far more research is required.

Selenoproteins are also involved in reproduction, DNA synthesis, and immunity. Therefore, it is essential to have an adequate selenium intake to maintain good health.

One of the most common uses of selenium is as an ingredient in anti-dandruff shampoos. It seems that selenium may help to relieve dandruff in several ways.

It has antimicrobial properties, meaning it could help control Malassezia yeast, which is thought to be a leading cause of this skin condition. The mineral also influences cell turnover and oil production.

Some experts have also suggested that selenium can protect the skin from ultraviolet damage due to its antioxidant activity. Therefore, a growing number of manufacturers are adding it to their skincare ranges.

Related article
Vitamin A Benefits: What Are They?

Finally, selenium is a frequent addition to vitamin and mineral supplements. One of the most common combinations includes vitamins A, C, and E alongside the nutrient. This blend reportedly has synergistic effects and enhances the antioxidant properties of the individual ingredients.

Selenium is also available as a standalone product, and there are several varieties, which we will discuss in detail later. However, supplementation is not usually necessary unless an individual is selenium deficient.

The recommended daily intake for selenium is just 55mcg per day for most adults. Therefore, most people in the United States get plenty of selenium from their diets.

However, it is possible to see signs of selenium deficiency in other countries where the soil has low mineral levels.

Finally, there appears to be a link between cigarette smoking and low selenium status. However, the precise relationship and whether smoking is a direct cause is not yet clear.

Selenium deficiency does not usually cause illness in itself, but it makes the body vulnerable to other ailments. For example, reduced antioxidant capacity means that our cells may be more susceptible to damage from infections or biochemical imbalances.

Therefore, it can be challenging to recognize low selenium symptoms and thorough investigations are necessary to confirm a diagnosis.

That said, there are several specific conditions associated with selenium deficiency:

Selenium deficiency may also be associated with male infertility, thyroid disorders, and the progression of HIV to AIDS.

One of the most common causes of selenium deficiency is low levels in soil, leading to selenium-poor diets. Therefore, in many cases, a lack of selenium affects entire populations rather than individuals.

Related article
All About the Mineral Iron and Why It Matters

Are you getting enough?…

One of the most effective treatment strategies is mass supplementation via a process called biofortification. It involves adding selenium to the soil or animal fodder to increase dietary intake. It is also possible to fortify foods such as eggs, milk, and meat with selenium.

The goal is to increase intake to approximately 90mcg per day for adults.

The recommended upper daily limit for selenium is 400mcg. Doses higher than this can lead to a selenium overdose, also known as selenosis. The symptoms include:

Some experts also believe that selenium can interfere with glycemic control. Therefore, people with diabetes should not take supplements unless a physician instructs them to do so.

Moreover, the mineral can interact with some medications, including the chemotherapy drug cisplatin and anti-seizure drug valproic acid. Individuals taking any prescription or over-the-counter medicines should consult a healthcare provider before taking a selenium supplement.

It is possible to find inorganic and organic selenium supplements. 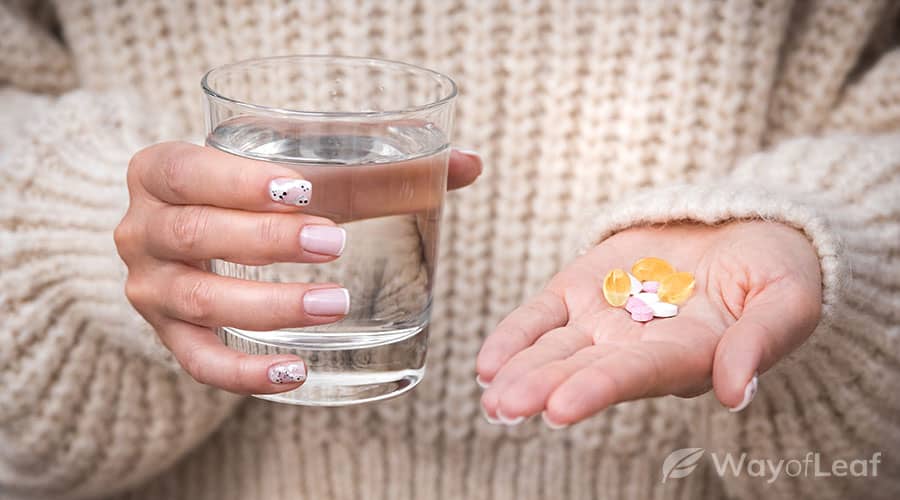 Most supplements come in tablet form, with or without other nutrients. Some manufacturers also make selenium liquids.

Some of the best-studied selenium health benefits include maintaining thyroid function and protecting our cells from oxidative damage. It also plays a role in reproduction, immunity, and DNA synthesis. However, research into whether the mineral can prevent or treat specific conditions has proven inconclusive.

Most people get enough from food, and overdosing on dietary sources is unlikely.

Furthermore, it is possible to consume too much selenium and experience side effects. Fortunately, most people get enough from food, and overdosing on dietary sources is unlikely. Anyone considering taking a selenium supplement should seek professional guidance to determine whether it is safe and suitable for them.

Our review of this unique brand

Top Vitamin B Foods: Dietary Sources of This Nutrient

The most nutritious choices