The Importance and Health Benefits of Niacin

Niacin, also called vitamin B3, plays a vital role in regulating energy production and cholesterol levels in the blood. Most people get the amount of niacin they need through food, but in some cases, people may take additional niacin as a dietary supplement or prescription medication.

Read below to learn more about the health benefits, possible side effects, dietary sources, and more.

What Does Niacin Do? 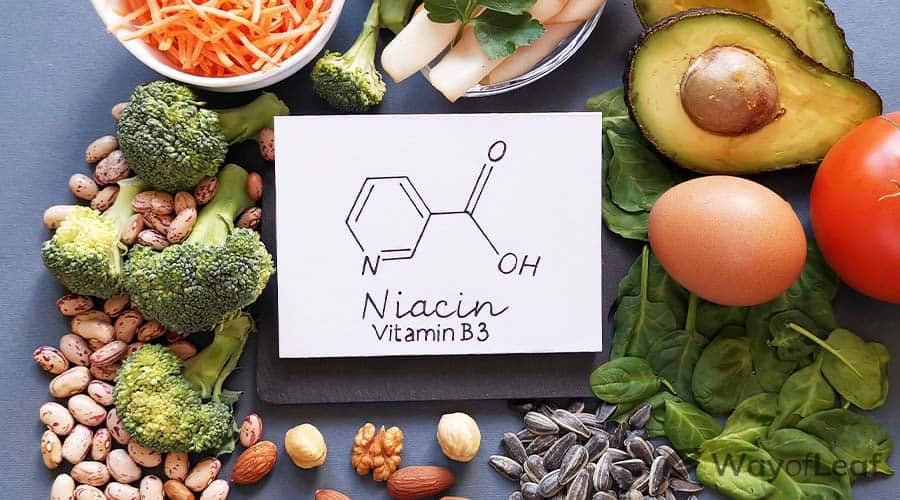 NAD and NADP are vital for metabolism – the production of energy from carbohydrates and sugar within cells. They also play other essential roles inside cells such as:

What Is Niacin Good For?

Niacin’s effect on cholesterol is important for maintaining a healthy balance of fats.

Niacin increases the production of prostaglandins, which are molecules that cause blood vessels to widen. This effect increases blood flow which helps improve circulation and can help to lower blood pressure in people suffering from hypertension (high blood pressure).

Niacin could therefore have a protective role in preventing immune system-related damage and disease.

Pellagra is a disease caused by a deficiency of niacin or deficiency of tryptophan, an amino acid involved in the production of niacin. The symptoms of pellagra are characterized by the three D’s: dementia, diarrhea, and dermatitis.

In most circumstances, pellagra can be treated by increasing dietary intake of niacin or taking niacin supplements. However, in cases where pellagra is caused by a lack of ability to absorb niacin, such as in people with gastrointestinal disorders, medical professionals will deliver niacin by intravenous injection.

Because of its effects on controlling blood lipids, niacin is an effective treatment for dyslipidemia. Several studies have also highlighted how niacin treatment is associated with a reduced risk of coronary artery disease in dyslipidemia patients.

Because niacin helps protect against oxidative stress and aids the metabolic health of nerve cells in the brain, niacin could be helpful to protect against age-related brain damage.

One study investigating over 3700 people found an association between increased niacin in the diet and decreased risk of developing Alzheimer’s disease. Another study found that young adults who had more niacin in their diet showed better cognitive functioning in later life.

Researchers found that young adults who had more niacin in their diet showed better cognitive functioning in later life.

However, it’s important to consider that these associations don’t necessarily mean one thing causes another, as other factors may be involved.

Researchers also highlighted the neuroprotective effects of niacin in an animal study that demonstrated that NAD could reverse DNA damage and memory loss in a model of Alzheimer’s disease.

May Be Helpful in Preventing Heart Disease

Niacin’s effects on LDL mean it may help reduce the risk of heart disease caused by atherosclerosis (a build-up of fat in the walls of blood vessels) and is effective at decreasing blood pressure in people with hypertension. In theory, these combined effects could decrease the risk of life-threatening cardiac events such as strokes, aneurysms, and heart attacks.

However, one review of 23 different studies found that niacin had no significant effect on reducing the number of heart attacks or strokes in elderly patients.

Side Effects of Niacin

The most common side effect of niacin is the “niacin flush,” where the skin becomes red and itchy, and people may experience uncomfortable and burning sensations. This effect happens because of a widening of the blood vessels in the skin and is only noticeable with larger doses. 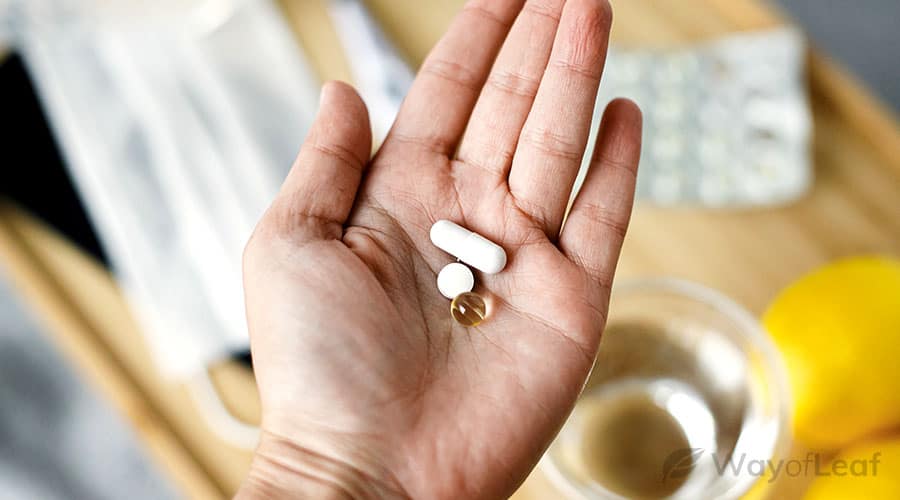 As well as flushing, other side effects of niacin can include:

Additionally, long-term niacin intake can have long-term harmful effects on the liver.

Evidence has also shown that niacin could increase the risk of developing diabetes and increase hyperglycemia and impaired glucose control in diabetic patients.

The most nutritious choices…

The amount of niacin found in foods is only a fraction of the dose required to impact cholesterol levels significantly. This reason, alongside the other health benefits of niacin, means some people may use niacin as a dietary supplement alongside niacin in their diet.

These dietary supplements may contain niacin alone or niacin along with other vitamins and minerals, such as B-vitamin complexes and multi-vitamin tablets.

As well as supplements, niacin comes in pill and capsule form as a prescription medication for dyslipidemia.

A typical version of prescription niacin is extended-release pills. The slower release of niacin over a given time in these types of pills reduces the likelihood of side effects.

The Recommended Dietary Allowance (RDA) for niacin is as follows:

The Tolerable Upper Intake Level (UL) is the maximum dose unlikely to cause adverse side effects. For niacin, the UL is around 35 mg per day. However, because the main side effects are relatively non-harmful, store-bought supplements intended for daily use may contain up to 1000 mg.

Researchers have generally used doses from around 1000mg niacin per day in clinical trials where niacin has demonstrated a significant effect on cholesterol.

Importance and Benefits of Niacin: A Summary

Its metabolic, antioxidant, and LDL-cholesterol lowering effects make niacin an essential vitamin for maintaining health. A deficiency of niacin can be detrimental by causing pellagra and potentially increasing the risk of heart disease and cognitive decline.

Some people increase their niacin intake with dietary supplements to boost the likelihood of beneficial effects.

Most people get the amount of niacin they need per day through their diet. However, some people may choose to up their niacin intake with dietary supplements to increase the likelihood of beneficial effects. Doctors may also prescribe niacin to patients to help treat certain conditions.

If you’re considering using niacin, be sure to consult with a health professional first, as they will be able to provide specialist advice based on your individual needs and interactions with other medications you may be taking.

How much niacin should I take per day?

The general niacin recommendation for adults is between 16-18mg per day. However, if your reasoning for taking niacin is to improve blood cholesterol levels, you may require a much higher dose. In which case, please speak with your physician as they will be able to recommend or prescribe you suitable supplements or pills.

How long does a niacin flush last?

How much niacin is too much?

The upper dose limit of niacin is 35 mg per day. However, most of the side effects are non-harmful and end once the drug has worn off. More dangerous side effects tend to occur when niacin is taken from doses around 2000 mg and above.

There have been few reported deaths linked to niacin. However, in one case report, long-term use of 1500 mg niacin per day resulted in liver failure and death.

What foods have niacin?

See above under the heading “forms of niacin.”

How long does niacin stay in your system?

Based on the half-life of niacin, niacin is predicted to be eliminated from the body from around 2-4 hours after ingestion. However, this value will vary based on your metabolic rate, body weight, the dose that is taken, and whether you’ve taken niacin with food.

The Best Vitamins for Skin Health: Minerals and Other Nutrients

Beauty comes from within

The Importance and Health Benefits of Niacin

Our guide to vitamin B3