Manganese is a silver-colored metal and the twelfth most abundant element on Earth. It is also essential to human nutrition, although we only need trace amounts.

It is available from a wide variety of foods, meaning that deficiencies are rare. Furthermore, the mineral can be harmful if we consume excessive amounts.

This article explains all about manganese, its benefits, uses, and risks. We will also discuss the best sources and whether it is worth taking a supplement. Here’s all you need to know.

The human body contains approximately 10–20mg of manganese. Of this amount, 25–40% is stored in the bones. It is also possible to find manganese in the liver, pancreas, kidneys, and brain. 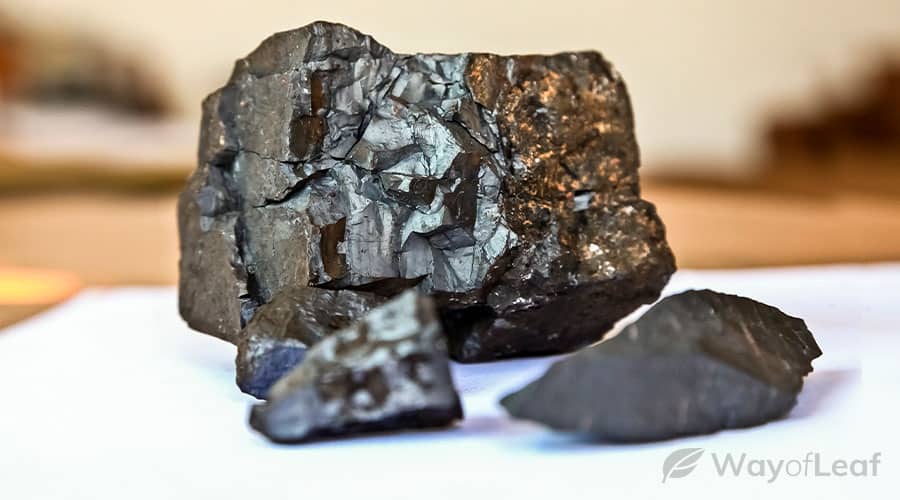 Manganese acts as a cofactor for many different enzymes, giving it a broad range of biological functions. It also has several important uses outside the human body.

We will explore some of the most significant manganese health benefits and other applications in detail below.

Many different enzymes rely on manganese to function correctly. One of these enzymes is manganese superoxide dismutase, part of the body’s natural antioxidant defense system.

It is the principal antioxidant in mitochondria, the energy-producing components of our cells. It helps to scavenge harmful molecules called reactive oxygen species (ROS) and prevent cellular damage.

Manganese also assists in the function of the enzymes arginase and pyruvate carboxylase. Arginase plays a role in the urea cycle, which takes place in the liver. Meanwhile, pyruvate carboxylase enables our cells to generate glucose from non-carbohydrate sources.

Many different foods contain the mineral, making it easy to obtain enough from dietary sources.

Despite its importance, manganese supplement benefits are limited for most people. Many different foods contain the mineral, making it easy to obtain enough from dietary sources.

There are several other uses of manganese aside from human nutrition. For example, it is a common addition to alloys, especially in the steel and cast iron industries.

Historically, it was used as a pigment for cave paintings during the Stone Age. Then, in ancient Rome and Egypt, people used it to color glass.

We only require small amounts of manganese to remain healthy. The recommended daily intake for most adults is just 2.3mg for men and 1.8mg for women.

Therefore, humans rarely experience a deficiency of manganese, and the specific symptoms have not been established.

However, it seems that it could cause or contribute to several physical and psychological ailments.

Some possible low manganese symptoms include:

Some scientists have suggested a link between manganese deficiency and several conditions, including osteoporosis, diabetes, and certain forms of epilepsy. However, the current evidence is inconclusive and more research is necessary to determine whether supplements can help.

In the unlikely event of someone developing low manganese, treatment involves increasing their intake of dietary sources or supplements.

It may also be necessary for affected individuals to adjust their consumption of other minerals. For example, iron, calcium, and magnesium can all affect manganese absorption. That said, it is crucial to make any changes under the supervision of a qualified dietician.

Many different foods are good sources of manganese, making it easy for most people to get enough. For example, just half a cup of cooked spinach or rice meets most adults’ daily requirements. 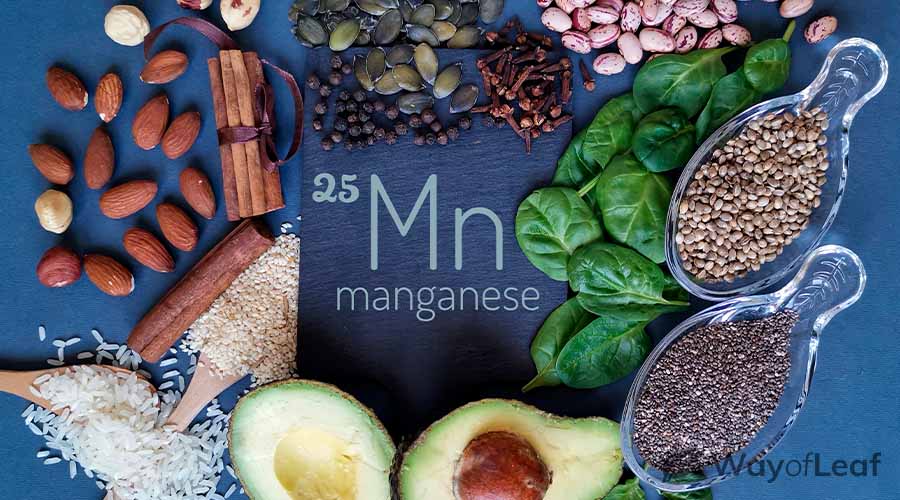 Supplements are another option, although they are not usually necessary and can increase the risk of side effects.

Some of the best high manganese foods include:

There are also varying amounts of manganese in drinking water.

Some people choose to take manganese-rich supplements in addition to dietary sources. The mineral is available in several forms, including:

There is no evidence suggesting that any one of these forms is superior in terms of bioavailability.

Manganese is sometimes, but not always, included in multivitamin and mineral products. Those that do contain the mineral vary in dosage, usually with 1–4.5mg per serving.

Manganese-only supplements tend to contain more, with 5–20mg per serving. The upper end of this dosage is far more than most people need and could cause issues in some cases.

Side Effects of Manganese

It is possible to consume too much manganese. The recommended upper daily limit is 11mg.

However, it is unlikely to overdose on food sources unless underlying medical conditions are involved.

For example, people with iron deficiency or chronic liver disease may have a higher-than-average risk of toxicity. These conditions affect manganese absorption and excretion, respectively, potentially allowing it to build up to dangerous levels.

Inhaled manganese can pass directly into the brain, increasing the risk of neurological side effects.

The most significant manganese dangers are associated with inhalation. This is because inhaled manganese can pass directly into the brain, increasing the risk of neurological side effects. Therefore, those most at risk include people working in mining, smelting, and welding industries.

Finally, individuals who inject the illicit drug methcathinone (ephedrone) may also be exposed to high levels of manganese. This is because the metal is sometimes used in the drug’s production process.

The symptoms of manganese poisoning primarily affect the central nervous system. They include:

In extreme cases, these symptoms may progress to a state of neuromotor dysfunction similar to Parkinson’s disease.

Manganese is an essential nutrient, although we only need small amounts each day.

Manganese health benefits include maintaining bone health, reproduction, immunity, and more. It acts as a cofactor for many crucial enzymes throughout the body. Therefore, it is involved in the metabolism of amino acids, cholesterol, glucose, and carbohydrates.

Most people get enough manganese from their diets and do not need to take supplements. Deficiencies are rare, and consuming too much can have dangerous consequences. Therefore, anyone considering supplementation should consult a healthcare provider for guidance.