A growing number of people are turning to plant-based diets for moral, environmental, and health reasons. As a result, there are more vegetarian and vegan foods available than ever before.

Among them are super-realistic meat alternatives, including burgers, sausages, mince, bacon, and more. Many people assume that these foods are better for us than the real thing. But is this really the case?

This article aims to answer the question “is fake meat healthy?” focusing on ingredients and manufacturing processes. Here’s all you need to know.

What Is Fake Meat, and Why Is It So Popular?

People are becoming more aware of the ethical and environmental issues associated with eating meat. For example, the intensive farming practices that are common today contribute significantly to water pollution, habitat destruction, and climate change. Not to mention the appalling conditions under which animals are often kept and slaughtered.

Moreover, experts have linked plant-based diets with a variety of health benefits. Meat tends to be high in total fat and saturated fat, which may increase the risk of chronic illnesses. Conversely, eating a vegetarian diet may decrease the risk of cardiovascular disease and type 2 diabetes. 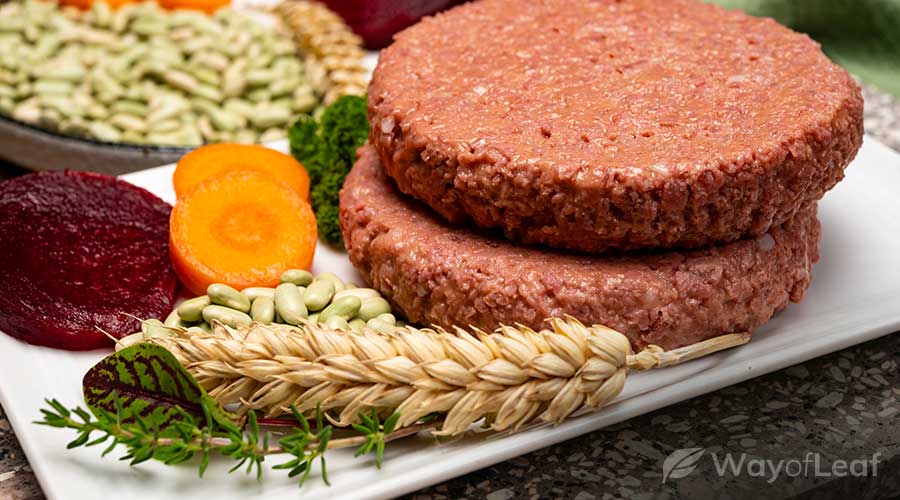 However, vegetarians and vegans must plan their meals carefully to ensure they remain healthy. It is especially important to focus on nutrients that come from animal sources, including iron, calcium, zinc, and vitamin B12. It is also crucial to eat enough protein to support healthy cell function and facilitate muscle growth and repair.

That said, it is a common misconception that vegetarians and vegans struggle to get enough protein from their diets. In reality, it is possible to consume ample protein from plant-based sources, including peas, beans, nuts, seeds, and whole grains.

Fake meat is now a multibillion-dollar industry with further expansion predicted over the next few years.

People have consumed plant-based meat alternatives for centuries in the form of products like tofu, tempeh, and seitan. However, over the past few decades, the fake meat market has grown exponentially. It is now a multibillion-dollar industry with further expansion predicted over the next few years.

Companies like Beyond Meat and Impossible Foods have set out to create super-realistic meat substitutes, including vegetarian burgers that “bleed.” Others are developing lab-grown meat using animal stem cells, although these products are not yet available commercially.

What Is Fake Meat Called?

There are many types of meat substitutes, all going by slightly different names. Some of the most common include:

Perhaps unsurprisingly, some groups of people have objected to companies using specific words to describe their plant-based meat alternatives.

In Europe, the farmers’ association Copa-Cogeca even supported a ban on using words like “burger” and “sausage.” They claimed that these terms could be misleading and cause confusion among customers. However, the ban was overruled, providing products are clearly labeled as vegetarian or vegan.

What Is Fake Meat Made Of?

Manufacturers usually add flavorings like soy sauce, yeast extract, or mushroom extract to give their products a savory taste. However, some companies, like Impossible Foods, are taking fake meat to the next level.

The distinctive meaty flavor of beef comes from an iron-containing molecule called heme. Impossible Foods have found that the roots of legumes like soy contain a similar compound. Isolating this compound and fermenting it in genetically modified yeast gives their burgers a meat-like appearance and taste.

Another popular brand, Beyond Meat, uses pomegranate powder and beet juice to give their burgers the bloody appearance of rare beef.

Is Fake Meat Bad for You?

The nutritional value of meat substitutes depends very much upon the product and its ingredients. However, it is unlikely that fake meat is as healthy as whole foods like pulses, nuts, and wholegrain cereals. It is also doubtful that its levels of nutrients like iron, zinc, and vitamin B12 are equivalent to animal sources.

Furthermore, many products are highly processed to create a taste and texture that resembles meat. There is evidence that eating ultra-processed foods can lead to a variety of health issues. They tend to be high in carbohydrates, fat, and salt but low in protein. Processing can also reduce the nutrient content of food. 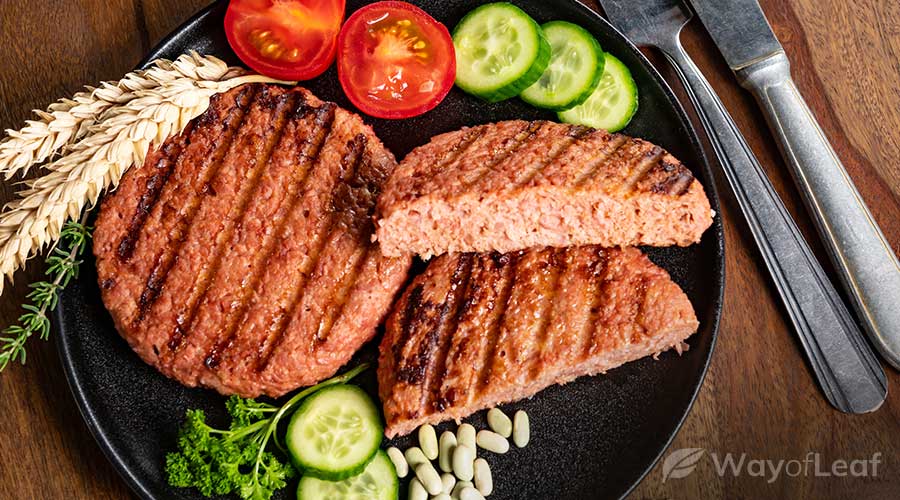 Diets rich in ultra-processed foods have been linked with increased calorie intake and weight gain. They may also contribute to the development of numerous conditions, including:

Some of the additives in fake meat products may also cause problems. For example, carrageenan is an ingredient that comes from seaweed and acts as a stabilizer. Some believe it could contribute to intestinal inflammation and significantly alter the gut flora.

There are also question marks surrounding the safety of adding heme to fake meat products. The compound may be associated with an increased risk of diabetes, cardiovascular disease, and some cancers.

Unfortunately, since many of these products are so new, the long-term effects of consuming them remain unknown.

Finally, meat substitutes often contain allergens such as soy, wheat, or gluten. People may also react to ingredients such as pea and lupin protein, and rarely, mushroom protein.

Plant-based diets are generally considered healthier than those containing large quantities of meat. However, some fake meat ingredients may cause problems of their own. Therefore, people may choose to stick to a diet based on whole foods, such as vegetables, fruit, beans, whole grains, nuts, and seeds.

It is probably not harmful to consume fake meat occasionally, although the long-term effects are currently unknown. Consumers should look for products that are as unprocessed as possible and steer away from long lists of unfamiliar ingredients. And, like the real thing, it is best to view fake meat as an occasional treat rather than a staple food.

The future of fashion?…

The benefits and top sources

The top options for any diet

A great addition to any diet

Best Whey Protein: Which Should You Choose?

Whey protein is a mixture of proteins isolated from whey, the liquid part of milk that separates during the production of cheese. It’s commonly used for increasing strength and improving athletic performance and is a convenient way to add more protein to your regular daily intake. Whey protein powder is known for being the gold […]

Whether you’re a fitness enthusiast or simply want to add more protein to your diet, hemp protein powder has become the new must-have product. Rather than sourced from animal by-products such as dairy, hemp protein is plant-based. However, hemp isn’t just a vegan alternative. Hemp protein contains essential amino acids and fiber that help repair […]

Looking for the best product?

Protein Before or After Your Workout? | Explaining What’s Best