Creatine: What Does It Do?

Creatine is a naturally-occurring compound stored in the body’s skeletal muscles, creating energy during high-intensity exercise. As a supplement, creatine is commonly used by bodybuilders to gain muscle mass and strength.

Read below to learn about the research behind the benefits of creatine and a guide to its safety and dosing.

How Does Creatine Work?

Creatine is found mainly in skeletal muscle cells as phosphocreatine, a version of creatine with chemical groups called phosphates attached. 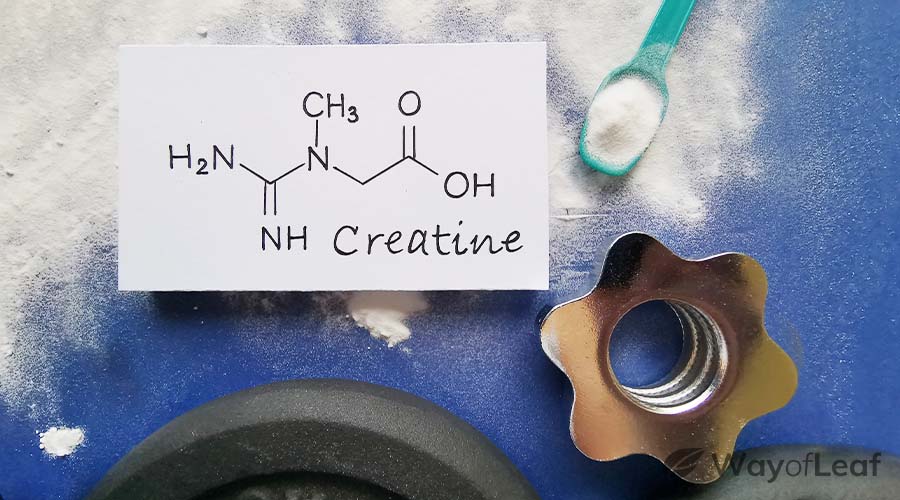 Creatine is a popular supplement among people looking to improve their muscle strength as it increases the amount of energy resources available for exercise and muscle recovery after exercise.

Although creatine is helpful in muscle strengthening exercises because muscles involved in, endurance activities, such as running and cycling, tend to use a type of energy production called anaerobic respiration rather than phosphocreatine. Thus, the usefulness of creatine in overall fitness is limited.

Benefits and Uses of Creatine

One review study took data from 22 different experiments investigating creatine and exercise performance. The results showed that overall, people could lift weights for a 12% longer amount of time if they took creatine beforehand.

These findings highlight how additional energy from creatine resources can theoretically enhance energy used in the form of muscle power.

To demonstrate the effect of creatine on strength, one clinical trial measured the arm strength of male weight lifters before and after five days of supplementing with a creatine drink.

The researchers found that creatine supplementation significantly increased arm strength relative to the volunteers who had a placebo drink instead. Furthermore, the creatine group showed increased muscle mass at the end of the experiment, whereas the placebo group did not.

However, this evidence may be unreliable because of the small number of participants in the trial.

Helps Muscles to Recover from Exercise

By providing an additional energy source for muscle cells, creatine may be able to increase the energy available for repairing and recovering muscle cells damaged by exercise. However, the evidence for this claim is mixed.

For example, one study found that men who supplemented with creatine before and after an exercise session showed greater leg strength during their recovery period than those who didn’t. The creatine group also had lower creatine kinase (CK) levels in their blood, which is a marker of muscle damage.

Muscular dystrophy is a collection of diseases where people have a gradual loss and weakening of their muscles.

Because people with muscular dystrophy often have low creatine levels, scientists have tried creatine supplementation as a way to improve symptoms.

The data showed that muscular dystrophy patients who took creatine had an 8.4% increase in muscle strength compared to groups that took a placebo. Furthermore, one of these studies found creatine also improved muscle function.

Although this evidence highlights that creatine could help with muscular dystrophies, it’s important to note that the varied nature of musculature diseases means what may work for one group of patients may not work for another.

By increasing energy production in the brain, creatine may improve cognitive function and age-related cognitive decline.

In line with this theory, evidence has demonstrated creatine supplementation can improve scores of memory and intelligence on cognitive tasks.

May Be a Useful Treatment for Parkinson’s Disease

Parkinson’s Disease (PD) is a movement disorder caused by a loss of cells that produce the neurotransmitter dopamine.

Because creatine may protect against damage to dopamine-producing cells, it may reverse some of the underlying causes of PD.

However, the evidence for creatine and PD is mixed. For example, one study found that although creatine improved mood in patients, it had no significant effects on scores of PD symptoms.

At high doses, the main side effects of creatine are unwanted effects on the stomach, such as cramps and bloating. 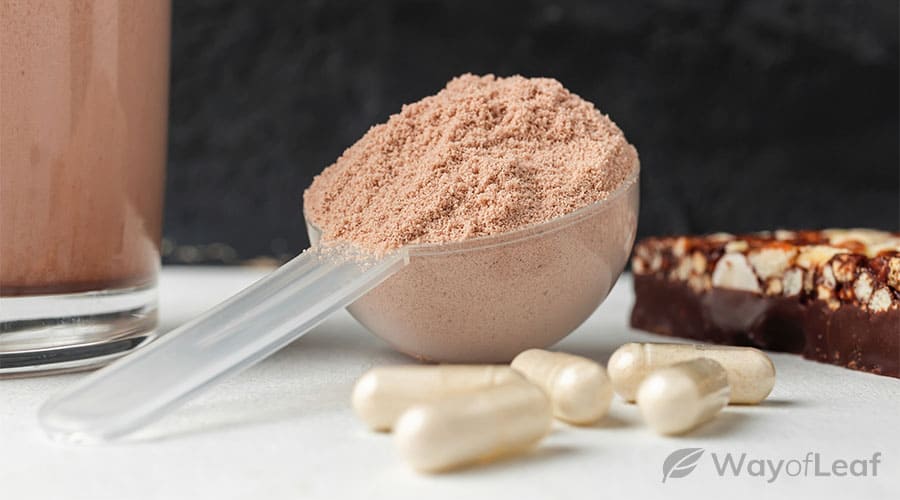 Other reported side effects from creatine have included:

Because creatine can affect the kidney, there have been concerns about whether it can cause kidney damage.

Numerous studies have demonstrated no adverse effects on the kidney from long-term creatine use. However, people with pre-existing kidney problems may want to avoid supplementing with creatine because of this concern.

Creatine can be found naturally in meat and dairy products, with red meat containing the highest creatine content at 5g per kg.

Although people on vegan diets can’t obtain creatine directly from their diet, foods such as seeds and beans, and nuts contain high amounts of the amino acids needed to produce creatine in the body.

As a supplement, creatine can be purchased in pills or as a powder, which can be added to foods and drinks, such as smoothies.

Both pill and powder forms have their pros and cons. For example, pills tend to be more expensive but are easier to take the correct dose, whereas powders are cheaper but can have a bitter taste and dosing is less controlled.

Most creatine comes in the form of creatine monohydrate. In this form, the body can absorb a larger quantity of creatine than other forms, such as creatine hydrochloride or creatine magnesium chelate.

The right amount of creatine will vary from person to person. For example, if you have lower body weight or don’t eat a lot of creatine naturally in your diet, it’s likely creatine will have a more pronounced effect compared to larger bodyweight people who have higher natural stores of creatine.

One guideline for building muscle and strength is to take 0.3mg/kg creatine per day (around 24g for an average weight of 80 kg) for 5-7 days, followed by 3-5g per day to maintain the increased creatine stores. People may choose to split the initial large dose into smaller doses throughout the day, as this can help reduce the risk of side effects.

Another recommendation is to take 3-5g per day over one month, although this method may be less effective at increasing the initial boost in muscle performance.

For the cognitive-enhancing effects of creatine, several studies have demonstrated a notable effect after giving study participants 20g creatine for 5-7 days. One study also found creatine had significantly improved cognitive performance at 5g per day for 16 weeks.

Researchers have found that, in general, up to 30g per day of creatine is safe. Although there is little evidence about creatine overdose, we recommend taking no more than a 30g daily dose.

Creatine’s main usefulness is in aiding muscle strengthening, however, evidence suggests it could have other useful benefits in cognitive enhancement and treatment of Parkinson’s disease. Although there is little evidence about serious side effects from creatine, long-term use and higher doses may be toxic to the kidney.

If you’re considering using creatine, be sure to consult with a health professional first as they may be able to give you personal advice.

The benefits and top sources

The top options for any diet

High Protein Vegan Foods: What Are the Best Options?

A great addition to any diet

Best Whey Protein: Which Should You Choose?

Whey protein is a mixture of proteins isolated from whey, the liquid part of milk that separates during the production of cheese. It’s commonly used for increasing strength and improving athletic performance and is a convenient way to add more protein to your regular daily intake. Whey protein powder is known for being the gold […]

Whether you’re a fitness enthusiast or simply want to add more protein to your diet, hemp protein powder has become the new must-have product. Rather than sourced from animal by-products such as dairy, hemp protein is plant-based. However, hemp isn’t just a vegan alternative. Hemp protein contains essential amino acids and fiber that help repair […]

Looking for the best product?

Protein Before or After Your Workout? | Explaining What’s Best