Kombucha is a fermented green or black tea drink. Its popularity has skyrocketed in recent years, with some advocates claiming it has a variety of health benefits.

Kombucha is a rich source of antioxidants and probiotics. That’s why many believe it may aid digestion, as well as improve conditions such as high blood pressure.

However, little scientific research exists on its medical usefulness.

This article explores what kombucha is, the potential benefits of consuming the tea, and the risks of home brewing.

Thought to have first been brewed in Russia and China, the kombucha drink is made with SCOBY, sweetened green tea, and other flavorings to make it more palatable. 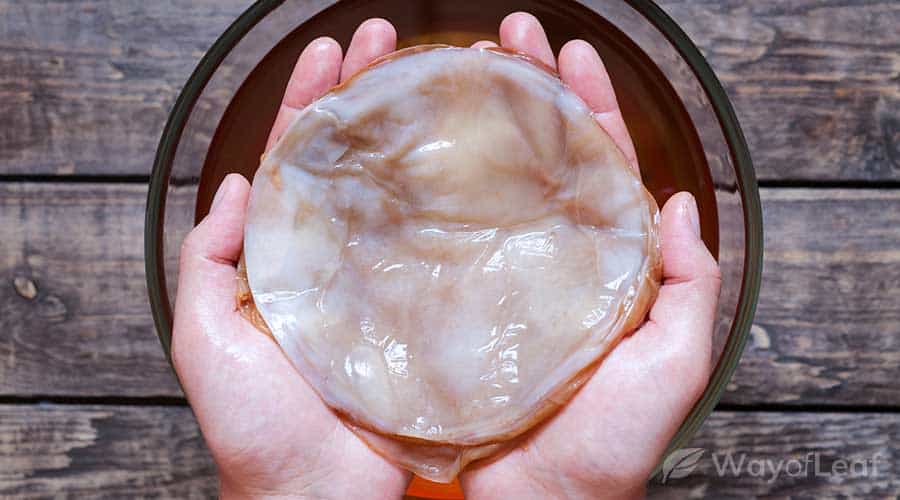 SCOBY stands for symbiotic culture of bacteria and yeast. It’s this ingredient that breaks down the natural sugars in the tea, causing fermentation.

While fermenting, the bacteria and yeast form a visible and gelatinous film over the drink, which many describe as having a mushroom-like shape. That’s why kombucha is sometimes called ‘mushroom tea’.

Most people consume kombucha for its potential health benefits. To keep up with demand, more and more stores are stocking the fermented tea on their shelves.

But how useful is kombucha for every-day health?

The potential benefits of kombucha are attributed to both the SCOBY and the tea itself. Take a look at some of its most important properties below.

Many fermented foods such as sauerkraut, kimchi, and kombucha, contain probiotic bacteria. Probiotics are live microorganisms that grow during processes like fermentation. They are helpful in maintaining good gut health and digestion, as well as supporting our immune system.

Kombucha is rich in antioxidants. This is likely due to the green tea base. Antioxidants are important as they help protect the body against molecules called free radicals, which can damage cells.

Kombucha contains antioxidants, vitamins, minerals, and probiotics, but there are other beneficial properties to this drink.

This synergy of ingredients has led some people to believe that kombucha can support liver function, regulate cholesterol, and reduce high blood pressure.

Studies such as this 2019 review have attempted to reach a conclusion on kombucha’s health effects. But the lack of research makes it challenging.

Below are some examples of how kombucha might impact specific parts of the body.

The liver performs over 500 functions that are vital to life; this includes processing food and drink. That’s why keeping it healthy is essential.

Kombucha contains lots of antioxidants. This is mainly due to the green or black tea base.

Antioxidants are beneficial to the liver as they regulate the number of free radicals. As mentioned above, these molecules can damage important cells and contribute to chronic health problems such as anti-inflammatory disease.

In addition, glucuronic acid helps this process by increasing the activity of antioxidants in the body.

One 2018 study explored the relationship between mice with liver disease and kombucha. The results indicated that kombucha intake had improved gut health in mice and may work to improve liver disease.

High blood pressure, or hypertension, is a worldwide health issue.

However, research into how probiotics impact blood pressure is encouraging. And as already mentioned, kombucha is a source of probiotics.

One 2014 review highlights that probiotics don’t just reduce high blood pressure but modulate it. This means that people suffering from low blood pressure may find it useful too. The review concludes by claiming more clinical studies need to be funded on the topic.

Furthermore, while kombucha does contain probiotics, it may not produce enough to be beneficial to conditions such as hypertension.

Cholesterol is a fatty substance found in the body.

It can be separated into ‘good’ (HDL) and ‘bad’ (LDL) cholesterol. LDL is considered harmful because it collects in blood vessels, increasing the risk of heart disease.

Also, the evidence proposed that the tea protected liver and kidney functions. It is possible kombucha could perform the same job in humans, although research is lacking.

Are There any Kombucha Dangers?

Kombucha is relatively safe for most people to consume. However, drinking too much of it, consuming it with an existing medical condition, and homebrewing can increase the risk of unpleasant side effects. 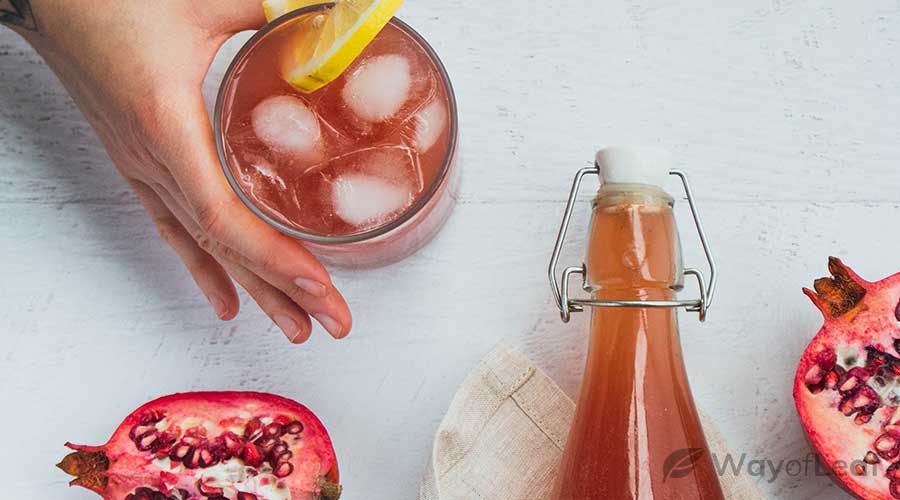 Side effects range from minor to severe; some of the most common are:

Many of the more severe risks of kombucha are down to homemade teas. Over brewing and contamination are a few homemade kombucha dangers that can lead to deadly consequences.

Overconsumption can also lead to an imbalance of the body’s pH levels, as well as liver and kidney toxicity.

That’s why people with weakened immune systems should avoid kombucha altogether, or at the very least, speak with a medical professional about it.

Kombucha’s taste is very distinctive. Often compared to vinegar, it has a sour and sweet flavor that divides opinion.

Many companies that produce kombucha add additional flavors to the drink in an effort to appeal to a broader audience. Popular flavor varieties include ginger, strawberry, pear, and almost any combination imaginable.

In addition to the taste, kombucha is typically carbonated. This happens during the fermentation process.

Summary on Kombucha: Benefits and Risks

Kombucha has both benefits and risks. Many studies highlight that its antioxidant and probiotic content may aid significant health concerns.

Liver function and gut health are just two ways kombucha may keep heart disease and hypertension at bay. However, more research needs to be conducted on these subjects.

Bear in mind that kombucha can vary depending on the company producing it. And like most products, it should be used in moderation.

Pregnant women, as well as people with a compromised immune system or pre-existing ailments, should avoid it altogether.

If you’re concerned about using kombucha, it’s recommended to visit a physician or doctor for further advice.

Kimchi: What It Is and How to Make It

All about this nutrient-packed dish

Why you should be eating them

Kefir: How It Is Made and How It Can Help

All about this probiotic drink

Do they really help?

Prebiotics and Probiotics: Understanding the Difference

The Link Between Gut Health and Mental Health | Exploring the Science

Looking for the best probiotic supplements?