Probiotics are microorganisms, primarily bacteria. While many people consider bacteria a bad thing, they are actually wonderful in many ways. The digestive system relies on bacteria to work, with plenty of “good kinds” that we need to function. We call some of the good gut bacteria probiotics.

It’s common to see probiotics supplements, but these microorganisms are also found in many types of food. The best probiotic foods are those that are fermented, giving them time to develop live cultures. When you eat them, the bacteria end up in your gut, where they can help out with digestion.

The gut contains a microbiome of natural organisms that help break down food. Having a healthy microbiome is essential to maintaining overall wellbeing, which is why some people believe that eating probiotics can improve digestive health. It may also be the case that probiotics can reduce depression, among other things.

So, if you want to improve your diet rather than taking supplements, read on to learn the best probiotics foods that you need to start eating.

Natural probiotics can be found in more foods than you might think. Some are weird and wonderful, whereas others are things that you might already eat on a regular basis. Here are eleven foods that are naturally high in probiotics.

Yogurt, a common ingredient stocked in most household refrigerators, is an excellent source of probiotics. Yogurt is made by fermenting milk, leading to a much thicker consistency and that familiar sour yogurt taste. The remaining bacteria are typically lactic acid and bifidobacteria.

Notably, you should also seek a yogurt that is low in sugar, because many products are unhealthy due to added sugar.

Eating yogurt may provide numerous benefits. One study from 2013 suggested that probiotic yogurt can reduce blood pressure, while researchers in 2014 stated that they may improve bone health.

While yogurt can be an exceptional source of probiotics, not all yogurts contain them. Make sure to specifically search for yogurt with probiotics; the label may mention live cultures. Notably, you should also seek a yogurt that is low in sugar, because many products are unhealthy due to added sugar.

Similar to yogurt, kefir is made by fermenting milk. The difference is that manufacturers add kefir grains to the fermentation process. The grains are actually live cultures of lactic acid bacteria – they look like cauliflower florets. It can be made using either cow’s milk or goat’s milk. 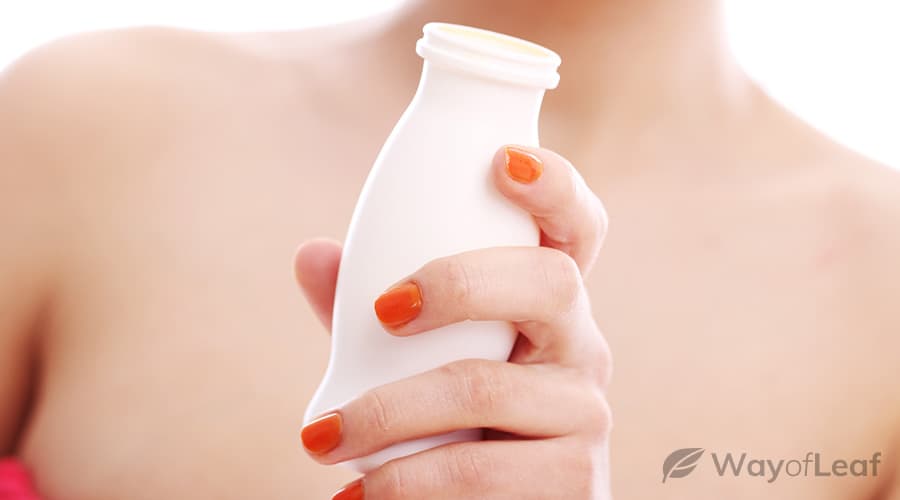 The word kefir may stem from the Turkish root keyif, referring to “feeling good” after eating it. This could be true based on the health benefits discovered in clinical trials. Some research has implied that kefir can assist with some digestive issues.

Despite being made from milk, kefir probiotic products are often fine for those with lactose intolerance. They tend to contain a better source of probiotics than yeast and yogurts, too, making them an excellent option.

The fermented European ingredient sauerkraut is a common probiotic in some cuisines. It consists of cabbage that has been finely shredded and then fermented by lactic acid. It is typically served on top of sausages (wurst) or as a side dish to other meats, lending a sour, salty flavor.

Probiotic sauerkraut whole foods are ideal for upping your intake of healthy bacteria. Not only are they high in probiotics, but sauerkraut is also high in fiber and various vitamins, including K, B, and C. It also contains rarer nutrients like lutein and zeaxanthin, both of which are ideal for eye health.

Vegetarians will likely have heard of tempeh, which is a fermented soybean product. It has a similar texture to tofu, although its flavor is nutty and earthy on account of the fermentation. It originally comes from Indonesia but has been popularized globally as a substitute for meat, thanks to its high protein content.

Tempeh is actually an excellent ingredient for vegetarians and vegans. These groups lack vitamin B12 in their diets since this nutrient is typically found in meat, fish, and dairy. However, the fermentation process of tempeh produces some B12, even though it is not naturally occurring in soybeans.

Furthermore, the fermentation process reduces the amount of phytic acid in soybeans. This is an acid that can impair the body’s absorption of various minerals. The low levels of phytic acid in tempeh mean that consumers can benefit from the other nutrients found within it.

Kimchi is another type of fermented cabbage, though it is typically made using spices and seasonings. Ingredients like chili pepper, garlic, ginger, and salt are used in the process, flavoring the cabbage while it ferments.

What are the options? …

The bacteria that develops is a type of lactic acid called Lactobacillus kimchii, alongside another lactic acid species. This specific type may benefit digestive health; researchers from a university in Busan, South Korea, found that kimchi’s probiotic properties had a lot of health benefits. The list included antiobesity, anti-constipation, cholesterol reduction, and more.

Kimchi is also abundant in vitamins including K and B2 (riboflavin).

Another common probiotic ingredient found in Asian cuisine is miso. It is another form of fermented soybeans, typically made into a paste using salt and a fungus called koji. The resulting miso paste is usually employed in miso soup but can also be used for various noodle and fish dishes. It’s popular for its salty flavor.

Not only is miso high in beneficial bacteria, but it’s also a source of protein and fiber, as well as vitamins and minerals like manganese and copper.

Studies on miso have uncovered a few potential health benefits. In 2003, researchers from the National Cancer Center Research Institute in Tokyo suggested that frequent consumption of miso was associated with reduced breast cancer risk. Similarly, a 2007 study found that women who frequently ate miso soup had a reduced risk of stroke.

Kombucha tea has become very popular recently as a health product. It is originally from Asia but has become extremely popular in the USA. It has become popular on account of the vast variety of flavors you can buy it in, as well as the purported health benefits.

Kombucha is made by fermenting tea with bacteria and yeast, which probably gives it some probiotic properties. You may have also heard other claims about its properties, but high-quality evidence is lacking so far. While animal and test-tube studies on kombucha are promising, it’s uncertain whether these benefits extend to humans.

Pickled cucumbers, or gherkins, are a common ingredient you probably consume often. They are made by pickling small cucumbers in a brine solution. The already occurring lactic acid bacteria ferments the vegetables to make them salty and sour. 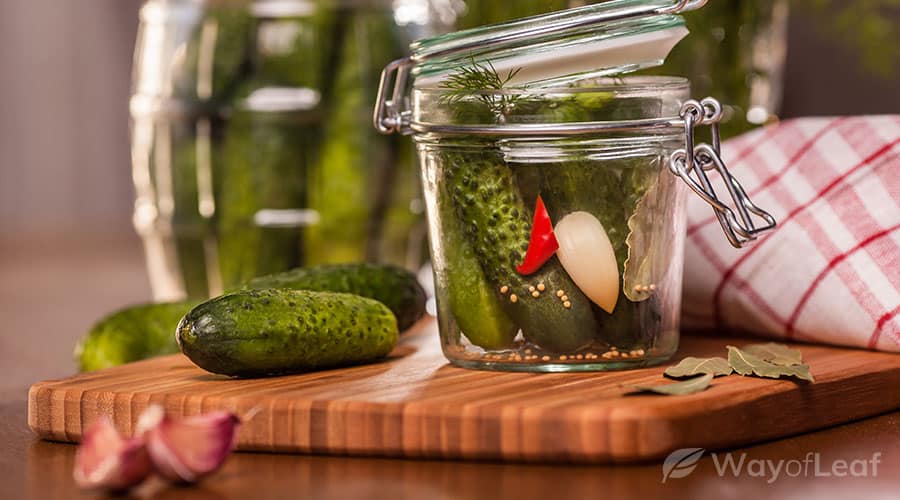 You may be surprised to learn of the probiotic properties of pickles. Probiotic pickles are also low in calories but provide a variety of health benefits. Notably, however, they tend to be high in sodium due to the brine.

Buttermilk probiotic products are consumed primarily in India, Nepal, and Pakistan. It tends to be the non-probiotic form that is found in supermarkets in the USA.

Traditional buttermilk is low in fat and calories, which makes it an excellent source of probiotics. It can also provide vitamin B12, riboflavin, and minerals like phosphorus and calcium.

One of the rarer probiotic foods is natto. It is another fermented soybean variation, similar to miso and tempeh. It is popular in Japan, where it originates. Making it involves fermenting soybeans to release a type of bacteria called Bacillus subtilis. It is renowned for its strong smell and flavor, as well as its stringy texture. In Japanese cuisine, natto is mixed with rice and served alongside breakfast.

Regular natto consumption may improve bone mineral density due to its vitamin K2 content, and it may also prevent osteoporosis in women.

Cheese features in most diets, apart from those of vegans and lactose-intolerant people. That being said, not all varieties of cheese contain probiotic bacteria; it must be a fermented cheese in which the ‘good’ bacteria have survived the process.

Some examples of probiotic cheeses include mature cheddar, cottage cheese, mozzarella, and gouda. Cheese bacteria is healthy because it comes alongside protein, vitamin B12, calcium, and more. Make sure to check the label for live cultures in cheese.

While cheese is fatty and best not consumed in high amounts, moderate consumption can be beneficial.

It’s possible to buy supplements that include probiotics. However, there are plenty of foods with probiotics that are easy to incorporate into any diet. Many of them are suitable for those who are vegan and lactose intolerant, too.

There are plenty of foods with probiotics that are easy to incorporate into any diet.

If you want to start consuming more probiotics, look for yogurts that mention live cultures on the label. Alternatively, you can make your own kimchi and pickles at home or buy tempeh and kombucha in many supermarkets. Each one has an array of potential benefits, so it’s worth giving them a try.

Do they really help?