Polygala tenuifolia is a plant that has been used in traditional Chinese medicine for thousands of years. Also known as yuan zhi, doctors have historically prescribed it to treat various ailments ranging from coughs to insomnia.

One of the best-studied yuan zhi benefits is its influence on learning and memory, specifically in Alzheimer’s disease. Therefore, many people classify the herb as a nootropic, meaning a substance that improves cognitive function.

Indeed, a growing body of evidence suggests that Polygala tenuifolia benefits brain health in several ways. In this article, we review the current research and explore how this ancient remedy could help.

What Is Polygala Tenuifolia?

Polygala tenuifolia is a perennial, herbaceous plant native to China, Korea, and parts of Russia. The root has been used in traditional Chinese medicine for millennia and has a wide range of purported benefits.

Its Chinese name, yuan zhi, can also be translated as “far-reaching ambition.” This is rather fitting since many of the plant’s functions relate to mental health and cognitive function. It has historically been prescribed as a tranquilizer, antidepressant, antipsychotic, and memory enhancer, among many other uses. 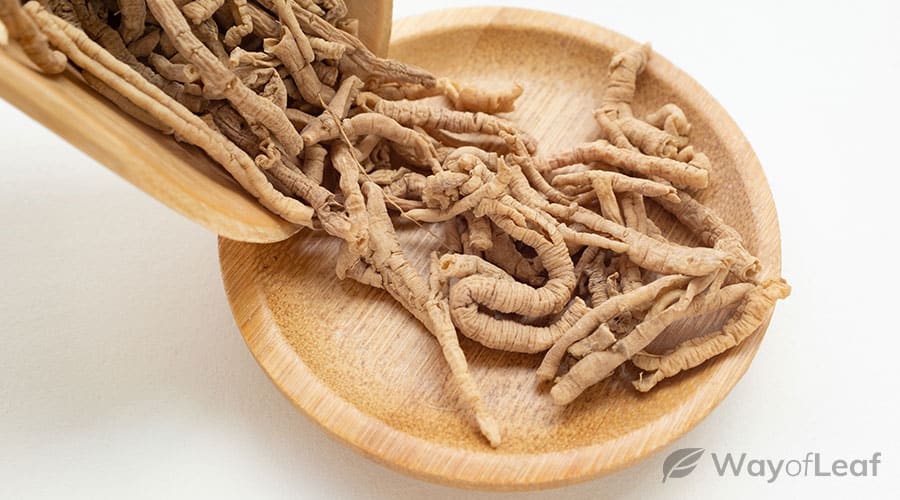 Early research into how yuan zhi benefits the brain has yielded overwhelmingly positive results. The herb contains a wealth of bioactive compounds, meaning it could influence several physiological targets simultaneously. It may also produce fewer side effects than many conventional medicines.

Let’s look closer at the science behind this herbal medicine and how it could influence specific conditions.

Although its traditional uses are highly varied, modern research has focused on a small handful of Polygala tenuifolia health benefits. We will discuss some of the best-studied conditions in detail below.

Alzheimer’s disease (AD) is a condition that causes progressive cognitive decline, including memory loss, emotional and behavioral changes. It is prevalent among older adults and is becoming more common as the average life expectancy increases.

Alzheimer’s disease is prevalent among older adults and is becoming more common as the average life expectancy increases.

The precise mechanisms underlying AD are still unclear. However, numerous factors are thought to be involved. They include oxidative stress, inflammation, and the build-up of harmful proteins known as amyloid-beta and tau in the brain. Another contributing factor is reduced uptake of acetylcholine, a compound that facilitates communication between nerve cells.

According to a 2020 review, Polygala tenuifolia root extract could help to counteract many of these issues. The publication suggests that the plant has multiple neuroprotective effects, including:

Indeed, numerous animal studies have demonstrated that yuan zhi can ameliorate cognitive deficits and improve learning and memory. Researchers have replicated these effects both in animal models of dementia and healthy aged mice.

These findings are highly significant since standard AD treatments have limited efficacy and can produce serious side effects. However, further research is required to confirm how Polygala tenuifolia impacts AD and cognitive decline in human subjects.

Depression is a common problem worldwide and a leading cause of disability. However, a significant number of patients do not respond to standard antidepressants. Even those who do derive benefits often have to wait weeks for their treatment to take effect.

Research has found that yuan zhi extract could improve depressive symptoms due to its neuroprotective properties. It appears to protect nerve cells from damage and increase the expression of brain-derived neurotrophic factor (BDNF). BDNF is a protein that promotes growth in neural stem cells, and its levels often decrease in depression.

Polygala tenuifolia appears to take effect relatively quickly compared to most antidepressants. Some experts have even suggested the plant could act similarly to ketamine, which is becoming known for its rapid-onset antidepressant effects.

These benefits could potentially be enhanced by pairing yuan zhi with other herbal medicines, such as ginseng. A 2021 study tested this combination on rats who were exposed to various stressful conditions for five weeks.

Although these findings are promising, further research is necessary to determine whether these effects can be replicated in humans.

According to the CDC, approximately 35% of adults get less than the recommended seven hours of sleep each night. Lack of sleep is associated with a range of other conditions, making it a significant problem.

Research has shown that a component of Polygala tenuifolia called polygalasaponin has anxiety-reducing and sedative-hypnotic effects. Therefore, it could potentially help to counter insomnia, especially in anxious individuals.

A 2018 study on mice found that yuan zhi extract could improve sleep depth and quality with comparable effects to the benzodiazepine alprazolam (Xanax).

Meanwhile, a 2020 study on zebrafish found that tenuifolin (another of the plant’s active compounds) influenced rest-wake behavior. The treatment increased total rest time during the dark phase and had slight effects on waking behavior. The study’s authors suggested that the herb’s mechanism of action involves the serotonin and GABA systems.

Once again, clinical trials are lacking, so it remains to be seen how these effects translate to humans. However, these initial findings are promising and support the plant’s traditional use as a tranquilizer.

Animal studies indicate that Polygala tenuifolia has low toxicity, even at relatively high doses. However, it could produce some side effects, especially when consumed in its raw form. They include gastrointestinal symptoms and throat irritation. 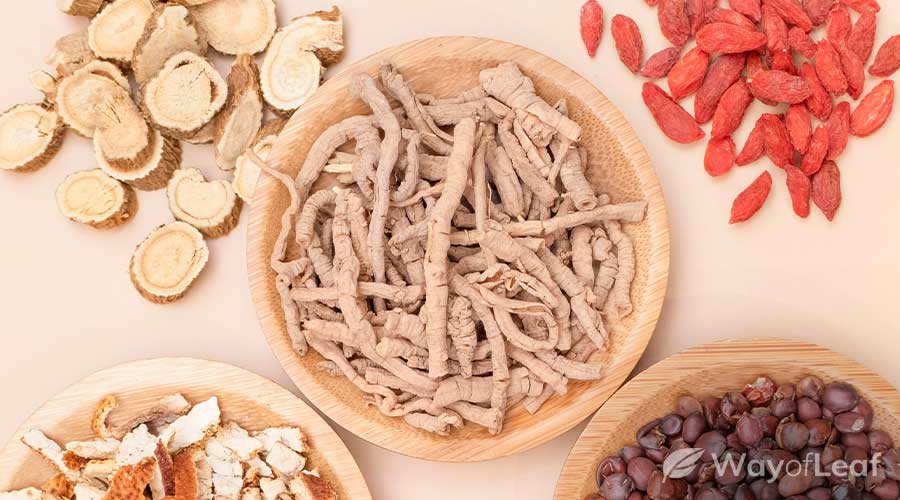 In traditional Chinese medicine, it is standard practice to process herbs in specific ways to reduce their toxicity. For example, a 2021 publication suggests that simmering yuan zhi with licorice root could reduce the likelihood of side effects.

Therefore, it is essential to purchase this herbal medicine from reliable sources that use the appropriate preparation methods. Moreover, individuals should seek professional medical advice before use to ensure it is safe for them.

The Bottom Line on Polygala Tenuifolia

The best-studied Polygala tenuifolia health benefits include improving cognitive function, memory, and learning. The current evidence suggests that it may be helpful for people with Alzheimer’s disease, depression, and insomnia.

The current evidence suggests that Polygala tenuifolia may be helpful for people with Alzheimer’s disease, depression, and insomnia.

However, human research is lacking, and most of our existing knowledge of the plant is based on animal experiments. Therefore, large-scale clinical trials are needed to confirm its precise effects.

Anyone considering taking this herb or any other natural remedy should first consult a qualified Chinese medicine practitioner or physician. They will provide additional information and ensure that the treatment is suitable and safe for the individual in question.

Learn more about how ancient herbal remedies could improve mental health and cognitive function below: