Tremella fuciformis is a mushroom with a long history in East Asian cuisine and medicine. It has numerous purported benefits, including improving skin health, enhancing immunity, reducing inflammation, lowering cholesterol, and more.

This article explores the current research on tremella to determine how much truth is behind these claims.

In Japanese, it is known as Shiro Kikurage, meaning “white tree jellyfish,” which is an apt description of its appearance. The word “tremella” itself derives from the Latin tremere, meaning to tremble, another reference to its jelly-like form. 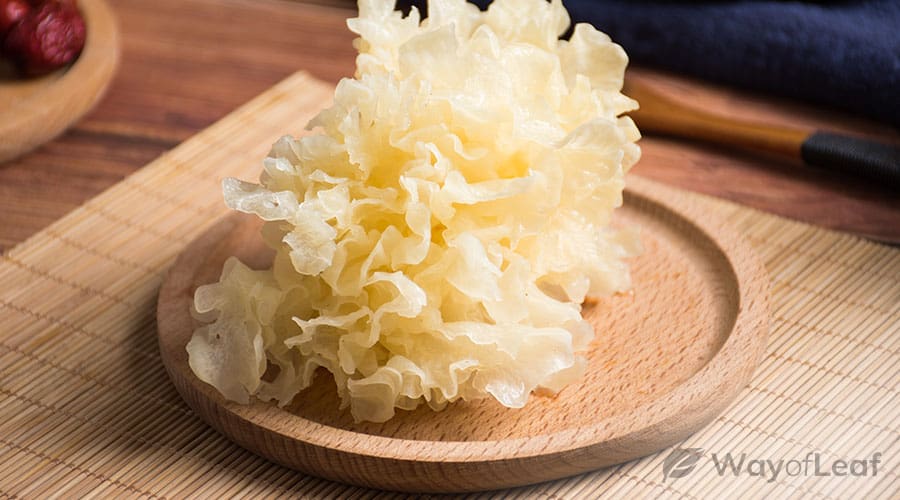 The fungus grows on dead wood in tropical regions, and there are over 100 tremella species worldwide. Biologists first found tremella in Brazil, but it is East Asia where these mushrooms have truly found fame.

For example, in China, tremella is a popular functional food known for its nutritional and medicinal properties. People believe it promotes longevity and, since the Tang dynasty (618–907 CE), it has been nicknamed “Fountain of Youth.”

Originally, tremella would only have been available to the wealthy, like other renowned mushrooms such as reishi and cordyceps. However, it has now become far more accessible and is attracting scientific interest throughout Asia and around the globe.

Tremella is a good source of protein and dietary fiber while being low in calories and fat. It also contains various vitamins and minerals, flavonoids, and polyphenols.

However, compounds called polysaccharides are responsible for many of the best-known tremella mushroom benefits. According to a 2020 review, some of the best-studied effects of tremella include:

Unfortunately, most of the existing research has involved isolated cell lines or animals rather than humans. Therefore, it is unclear how these benefits translate, and further study is necessary.

That said, the current evidence suggests that tremella could be helpful in several areas of health and wellbeing. Let’s take a closer look.

One of tremella’s most famous traditional uses is as a beauty enhancer. In China, people commonly add it to soups and desserts intended to enhance their looks.

According to legend, an imperial concubine named Yang Guifei regularly consumed the fungus to maintain her appearance. She is generally considered one of the most beautiful women in Chinese history.

Mushroom cosmetics are becoming big business, and tremella is a common ingredient.

Nowadays, mushroom cosmetics are becoming big business, and tremella is a common ingredient. So, is there any science to support this?

Research has demonstrated that tremella has antioxidant and anti-inflammatory properties that could improve overall skin health.

It also seems to inhibit melanin formation, potentially reducing the appearance of dark spots when applied to the skin. Furthermore, tremella reportedly nourishes and moisturizes the skin to combat the signs of aging.

A 2017 study found that tremella had a protective effect on human fibroblasts (collagen-producing cells). The researchers pre-treated the cells with tremella extract before exposing them to hydrogen peroxide to induce oxidative stress.

Further clinical trials are warranted, but it seems there may be several benefits to using Tremella fuciformis for skin health.

Tremella’s anti-inflammatory benefits may also extend beyond the skin.

A 2021 study found that high doses of tremella polysaccharides reduced colonic inflammation in mice. It also appeared to influence the animals’ intestinal flora, the population of beneficial microorganisms that inhabit the gut. Therefore, the fungus could potentially improve digestive health, including conditions like colitis.

Therefore, tremella could prove useful in the treatment of various inflammatory conditions. However, further research on humans is necessary.

Some experts believe that tremella mushrooms can help to manage cholesterol. In fact, research suggests that many different mushroom varieties could provide similar benefits.

In a 1996 study, researchers fed rats a high-cholesterol diet for four weeks. Some of the animals also received either tremella or jelly ear (Auricularia auricula) fungus.

These findings are in line with a 2002 study investigating tremella’s effects on lipid metabolism in rats. The rats ate a diet containing 1g of cholesterol per 100g of feed, alongside different doses of tremella dietary fiber. Some of the animals also received a chemical called nebacitin, which is known to alter lipid metabolism.

The results indicated that tremella fiber reduced LDL, total liver cholesterol, and triglycerides, with or without nebacitin. However, nebacitin produced more notable reductions. It seems that tremella’s cholesterol-reducing effects may be due to its ability to alter intestinal physiology. However, further exploration is required.

Mushrooms contain a chemical called ergosterol, which converts to vitamin D2 in the presence of ultraviolet light. Therefore, mushrooms are one of the best non-animal sources of vitamin D.

It is challenging to find reliable data explicitly relating to tremella mushrooms and vitamin D.

However, research from 1985 suggests that the species may contain less ergosterol than other edible mushrooms like shiitake.

Some companies are now exposing mushrooms to ultraviolet radiation to boost their vitamin D content. There is also some evidence that dried mushrooms have higher ergosterol and vitamin D2 levels than fresh varieties. This is potentially good news for tremella consumers, as it is easy to purchase these mushrooms dried from Asian supermarkets.

Finally, there appears to be a strong link between tremella and immunity. This is primarily attributed to the mushrooms’ polysaccharide content.

A 2018 study found that tremella polysaccharides improved immunity in mice with cyclophosphamide-induced immunosuppression. Cyclophosphamide is a chemotherapy drug that doctors prescribe for patients with cancer and autoimmune disorders.

However, it has serious side effects, including reducing immunity and potentially damaging the liver and spleen. This research found that tremella polysaccharides decreased the severity of these issues. 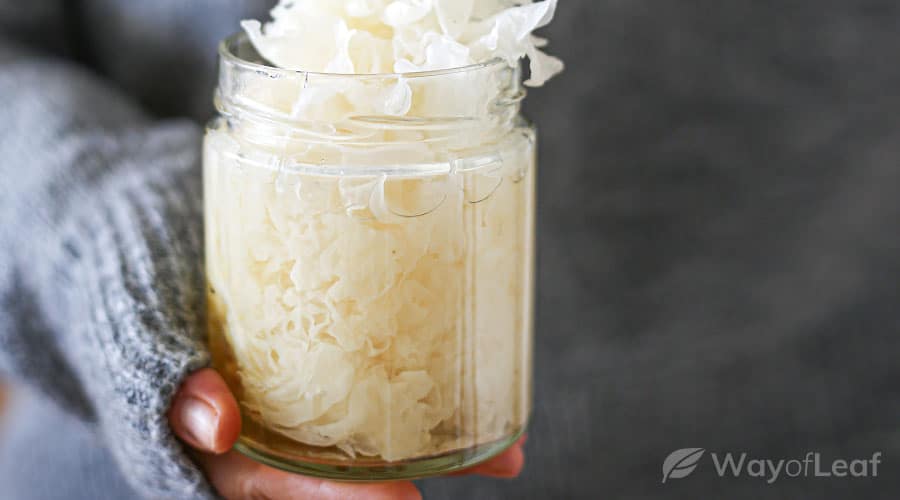 A 2021 study found that tremella polysaccharides could benefit immunity in several ways. The authors suggested that they improve non-specific, humoral, and cellular immunity by activating immune cells, including macrophages, T-lymphocytes, and B-lymphocytes.

The latter publication also noted that these compounds are already clinically approved in China. Doctors are using them to treat leukopenia (low white blood cell count) associated with chemotherapy, and hepatitis. They are also being used as an ingredient in wound dressings to promote healing.

Final Thoughts on the Health Benefits of Tremella Mushrooms

More research is needed to discover precisely how tremella mushrooms’ benefits apply to humans. However, the initial results are promising.

For example, we know that tremella contains numerous biologically active compounds, making them a great addition to any healthy diet. They are safe for most people to consume, although it is best to choose organic products to avoid contamination by pesticides.