Agarikon mushrooms are functional fungi with a variety of uses. Although they are not as famous as mushrooms like reishi and lion’s mane, they are steadily becoming more well-known.

Research is currently in its infancy. However, it seems that they could possess several health benefits due to their broad range of active compounds.

Here is our complete guide to these medicinal mushrooms and their potential benefits.

Agarikon is the common name for the fungal species Lacrifomes officinalis, sometimes known as Fomitopsis officinalis.

They are slow-growing mushrooms, and some specimens are reportedly 50–75 years old. They are hoof-shaped when young and develop a cylindrical shape as they age. Some have compared the appearance of older agarikon mushrooms to an elephant’s trunk.

The fungus is native to Central and Eastern Europe, Siberia, and North America. However, it is becoming increasingly rare to find these mushrooms in their natural habitat. Their gradual disappearance is likely due to a combination of their slow growth, deforestation, and overharvesting. 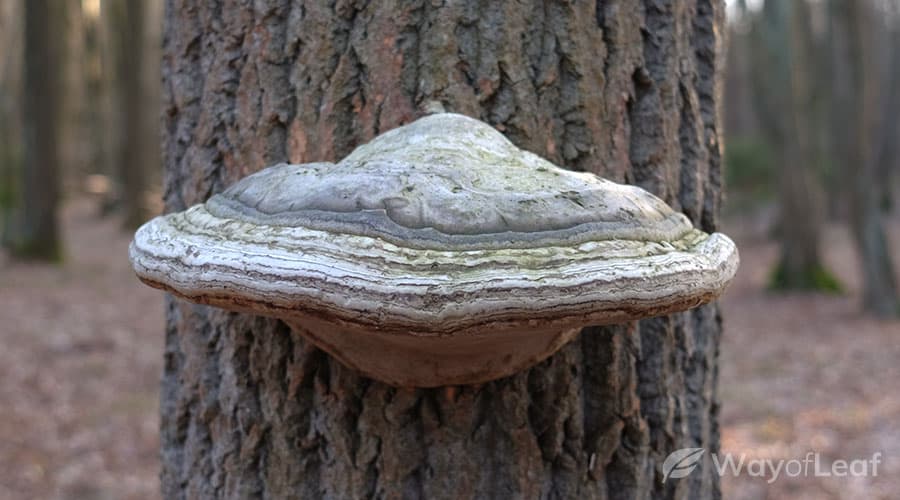 In German, the fungus is known as apothekerschwamm, which derives from apotheke, meaning pharmacy. This term is a nod to agarikon’s many medicinal uses.

The fungus also has spiritual and ceremonial significance to Native Americans. Shamans would use it to treat diseases they believed to be caused by supernatural forces. Another tradition involved carving the mushrooms into the shape of spiritual figures to provide protection during rituals.

Its primary use is as an antimicrobial agent, with potential antiviral and antibacterial properties. It may also be effective against some parasites. Traditionally, people used the mushroom to treat various infectious diseases, including tuberculosis (TB).

A 2017 study found that agarikon extract had moderate antibacterial properties against gram-positive but not gram-negative bacteria. A 2019 review suggested that it has antibacterial and antiviral activity against various species.

It has also been used in Iranian medicine to boost immunity. Like other mushrooms, agarikon contains complex carbohydrates called polysaccharides, which have proven immunomodulatory properties.

In 2020, the University of California received FDA approval to study agarikon for COVID-19 infection, alongside another medicinal mushroom called turkey tail. At the time of writing, the results of this research are yet to be released.

In addition to its antimicrobial properties, there are several other possible agarikon uses. According to a 2016 publication, they include:

Scientists are also investigating its potential as a treatment for metabolic syndrome. This group of conditions includes obesity, diabetes, high blood pressure, and high cholesterol. However, further research is required in this area.

Finally, a 2020 study on mice suggested that agarikon may have anticancer effects in combination with other mushrooms and chemotherapy. The treatment decreased tumor size and increased survival rates in an animal model of colorectal cancer. Once again, though, more research is necessary to determine whether these benefits can be replicated in humans.

Although functional fungi are generally safe and well-tolerated, there are a few possible side effects of agarikon mushrooms.

Firstly, due to their laxative effects, high doses may cause gastrointestinal upsets and diarrhea.

Moreover, they may have anticoagulant effects, meaning that people taking blood-thinning medication such as warfarin should avoid them.

Agarikon has a chalky taste and texture and is not edible in the traditional sense. However, a growing number of companies are manufacturing supplements in liquid, powder, and capsule form.

These products may contain agarikon alone or alongside other functional mushrooms, including reishi, shiitake, maitake, turkey tails, and more. 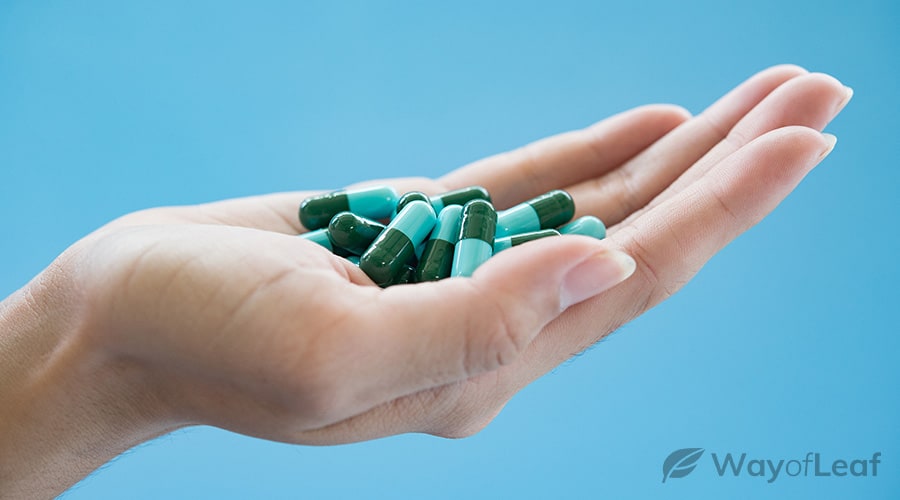 Agarikon is a versatile mushroom with many potential uses. It is not as well-studied as some medicinal mushroom species, but humans have used it for medicinal and spiritual purposes for years.

The best-known agarikon benefits involve its antimicrobial and immune-enhancing properties.

The best-known agarikon benefits involve its antimicrobial and immune-enhancing properties. However, scientists believe that it could have a range of other applications too.

That said, consumers should exercise caution and not use agarikon to treat any condition without seeking medical advice first. This is especially true for anyone taking prescribed or over-the-counter medicines or with specific health conditions.

For more on the benefits of mushrooms, check out the following articles here on WayofLeaf: