Agaricus blazei is a fungus native to Brazil. However, in the 20th century it became popular in Japan due to its purported medicinal properties. Since then, the mushroom has been the subject of many studies and is now becoming world-famous for its potential benefits.

Read our complete guide to this unique mushroom and find out why it is receiving so much scientific interest.

Agaricus blazei is known by several other names. In its native Brazil, it is called cogumelo do sol (sun mushroom), and in Japanese, it is known as himematsutake. It is also sometimes known as Royal Agaricus or Piedade mushroom.

Piedade is a region in Sao Paulo, Brazil. It is where the Japanese researcher Takatoshi Furomoto first discovered the mushroom in 1960. He became interested in the species due to its apparent medical benefits. 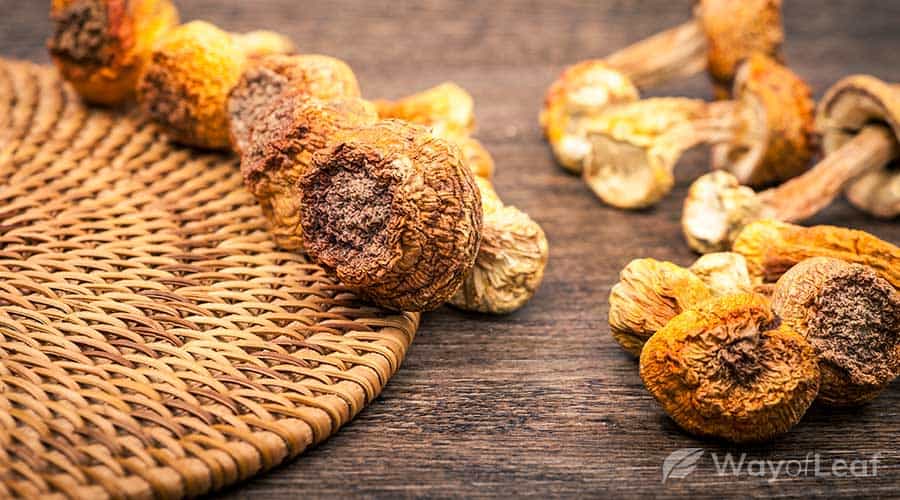 Local people used it to treat various ailments, including diabetes, high cholesterol, hepatitis, heart disease, and more. Furthermore, there were anecdotal reports that people in the area had a lower-than-average incidence of cancer and age-related disease.

Furomoto sent Agaricus blazei spores back to Japan for investigation, and research into its potential medicinal properties began.

The initial results were promising, with animal studies indicating possible anti-cancer activity. Thus, in a nation with a long history of mushroom consumption, Agaricus blazei rapidly rose to fame.

The unfortunate consequence of the mushroom’s phenomenal success was that growing demand caused prices to rise exponentially. While this was good news for Brazilian mushroom farmers, it left many locals unable to afford Agaricus blazei.

More and more people are growing these fungi worldwide, and various products are available.

It also led to some unethical marketing practices by those eager to cash in on the mushroom’s newfound popularity.

Now, more and more people are growing these fungi worldwide, and various products are available. Some contain Agaricus blazei alone, while others combine it with other species, such as lion’s mane and maitake.

The mushrooms themselves are brownish-gold with a short, hard stem and chocolate brown spore print. They originally had a strong flavor that made them rather unpleasant to eat. However, cultivated varieties have lost much of this characteristic over the years and have become much more palatable.

There is a reasonable amount of research on the most significant Agaricus blazei health benefits.

It includes animal studies and clinical trials into various conditions, including diabetes, high cholesterol, and liver disease. However, most of the current research focuses on the mushroom’s potential anti-cancer properties.

These complex molecules are well-known for their immunomodulating properties. What this means is that they can either stimulate or suppress immune function, depending on the circumstances.

Research suggests that they could reduce infections and inflammation, which are thought to contribute to around 25% of all cancers. They may also promote apoptosis, the process by which damaged or defective cells self-destruct.

However, whether these effects translate to better outcomes for cancer patients is unclear.

For example, a 2015 study on patients with multiple myeloma produced paradoxical results. The participants took Agaricus blazei or a placebo for 21 days while undergoing high-dose chemotherapy with stem cell support.

At the end of the trial, those that took the mushroom extract had significant alterations in several inflammatory markers. However, there were no significant between-group differences in treatment response, time to new treatment, or overall survival. Therefore, further research is required.

Another interesting area is how Agaricus blazei could impact inflammatory conditions, including ulcerative colitis (UC) and Crohn’s disease (CD). Once again, though, the evidence is mixed.

A 2010 study found that the mushrooms could decrease the inflammatory marker fecal calprotectin in patients with UC but not CD. Furthermore, research from 2016 indicated that UC patients may experience symptomatic improvements during Agaricus blazei treatment.

Another publication from the same year suggested that CD patients may also experience some improvements. However, in this case, there were no statistically significant differences between the mushroom and placebo groups.

Many people consider mushrooms to be superfoods, and Agaricus blazei is no exception. They are low-fat and low-calorie while being rich in dietary fiber and amino acids. The mushrooms also contain many essential vitamins and minerals. 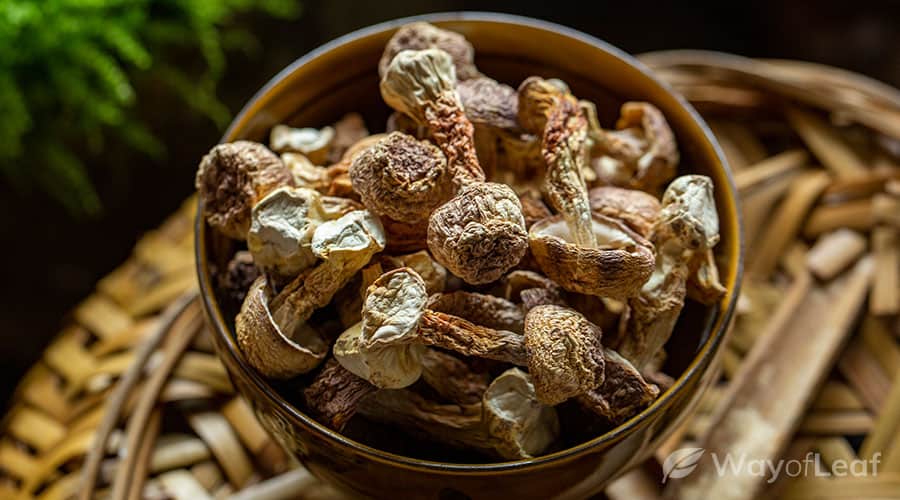 Although Agaricus blazei nutrition can vary slightly depending on how the fungus is grown, one can typically expect to find:

Therefore, these mushrooms make a healthy addition to any diet.

Most people can use Agaricus blazei without experiencing any side effects.

However, a small proportion of consumers have reported digestive upsets, including nausea, abdominal pain, and diarrhea. Additionally, in a 2011 study, one participant developed an allergic reaction to the mushrooms.

Another possible issue relates to drug interactions. Agaricus blazei can downregulate the activity of an enzyme called CYP4501A. Doing so could increase some medicines’ potency and prolong their duration of action. Therefore, anyone taking other medications should consult a physician before using the mushrooms.

Consumers should only purchase mushrooms from reliable brands that publish lab reports confirming their products’ purity.

In 2001, questions regarding the safety of Agaricus blazei arose when three chemotherapy patients developed liver dysfunction after taking the mushrooms. However, it is unclear whether these effects were related to the fungus, the chemotherapy, or another cause.

Finally, Agaricus blazei mushrooms can sometimes contain harmful contaminants such as heavy metals. Therefore, consumers should only purchase them from reliable brands that publish lab reports confirming their products’ purity.

The Agaricus blazei mushroom is becoming well-known for its medicinal benefits, especially in Japan.

It contains several bioactive compounds, including beta-glucan polysaccharides with immunomodulating effects. This has led researchers to investigate whether the fungi could have anti-cancer properties or treat inflammatory diseases.

Although the results of animal studies have been promising, clinical trials have produced inconsistent results. Therefore, anyone considering using Agaricus blazei should consult a medical professional and never stop taking prescribed medication without prior agreement.

Learn more about the potential benefits of Agaricus mushrooms in the article below:

Related article
Agaricus Bisporus: What Is It?

Why are they so popular?…