Agaricus bisporus is among the most popular edible mushrooms in the world. It comes in various shapes and sizes, including button mushrooms, white mushrooms, crimini, and portabella mushrooms.

These fungi are nutritious and versatile with a distinctive flavor profile. They are also rich in bioactive compounds and have numerous benefits for human health.

Here is all you need to know about these common mushrooms and their outstanding qualities.

Agaricus bisporus is the most consumed mushroom species in the United States. It accounts for 90% of the country’s mushroom cultivation and is worth approximately $800 million each year. The average American eats over two pounds of Agaricus bisporus annually, demonstrating just how much we love this humble fungus.

One reason for the mushroom’s popularity is its adaptability. Button mushrooms, white mushrooms, crimini, and portabella mushrooms are all varieties of Agaricus bisporus. They work well in many dishes, ranging from pizza and pasta sauces to soups and salads. But they are just as delicious simply grilled or sauteed in a little butter. 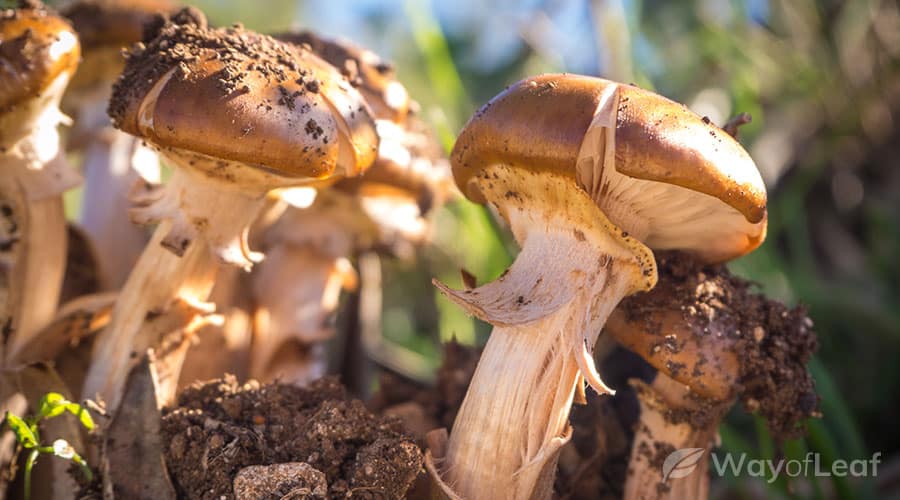 However, one of the mushroom’s most unique attributes is its reproductive capacity. Like many other fungi, it reproduces by spreading spores that develop in structures called basidia under its gills.

Most mushrooms produce four spores per basidium. Each spore only contains a single set of chromosomes or half a set of genetic material. This feature means they must find a mate to breed with to produce more mushrooms.

Conversely, Agaricus bisporus produces two spores per basidium, hence the “bisporus” part of its name. These spores contain two chromosomes, a complete set of genetic material. Therefore, they do not need to find a mate, and every spore that lands on a suitable surface can develop into mushrooms.

Taxonomy is the branch of science that deals with the classification of organisms. It is a complex, ever-changing field, and Agaricus bisporus taxonomy is no exception. In fact, the mushroom has undergone several changes to its nomenclature throughout the years.

Initially, the term Agaricus was used to describe all gilled mushrooms. However, scientists later discovered significant differences between genera (families) and reclassified them accordingly. During this time, the genera we now know as Agaricus was renamed Psalliota.

The name Agaricus disappeared for a while but came back into use in 1879 thanks to Finnish mycologist P. Karsten.

The name Agaricus disappeared for a while but came back into use in 1879 thanks to Finnish mycologist P. Karsten. The terms Agaricus and Psalliota were then used interchangeably until 1950 when scientists decided to preserve the original nomenclature.

In 1926, Jacob Lange defined the two-spored cultivated mushroom we now know as Agaricus bisporus. However, at that time, it was known as Psalliota hortensis var. bispora.

To add to the confusion, some mycologists use the name Agaricus brunnescens, which describes the mushroom’s habit of bruising brown. However, there is some dispute regarding whether the two fungi are the same species or not.

Although the mushrooms grow in the wild, it can be challenging to identify Agaricus bisporus correctly. They appear in varying shades of white and brown, with dark gills and an annulus (ring) on their stems. They produce a chocolate brown spore print.

It is easy to confuse these mushrooms with other species, including Agaricus campestris (field mushroom) and Agaricus arvensis (horse mushroom).

Fortunately, all three varieties are edible. However, they also have some poisonous look-alikes, meaning that only confident foragers should harvest them. Since Agaricus bisporus is affordable and widely available in stores, picking these mushrooms is rarely worth the risk.

Another option is to try taking a spore print from store-bought mushrooms and growing them at home. Some sources even suggest that it is possible to regrow mushrooms by saving the stems and placing them in soil.

Like most mushrooms, Agaricus bisporus is considered a functional food with a broad range of benefits.

They are rich in bioactive compounds, including amino acids, fatty acids, beta-glucan, and various antioxidants. This combination makes them useful for maintaining cellular health, immunity, and metabolism.

These mushrooms also contain chemicals called chitin and lovastatin, which have cholesterol-lowering effects. 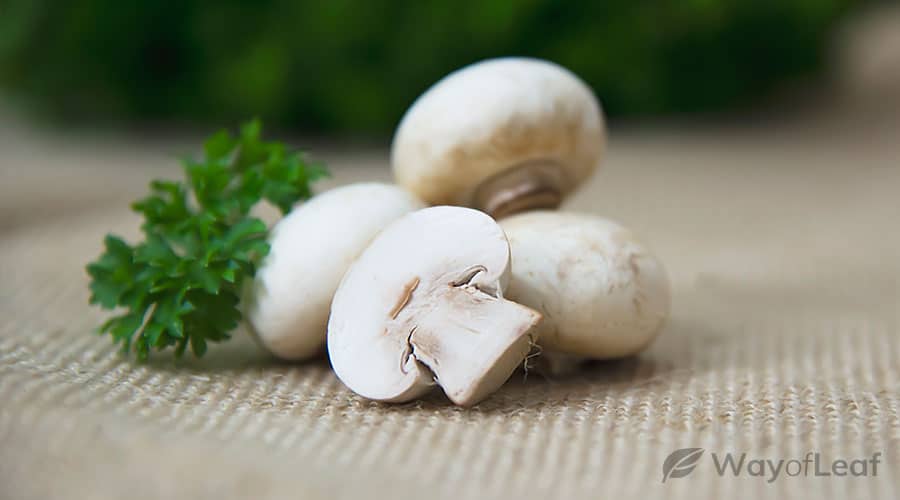 Finally, they are rich in non-hallucinogenic indole compounds, including L-tryptophan, serotonin, and melatonin. Therefore, they could significantly influence neurological function.

According to a 2018 review, the most notable Agaricus bisporus health benefits include:

A more recent review from 2021 adds that these mushrooms could benefit the skin. Due to their antioxidant and anti-inflammatory effects, they might help reduce hyperpigmentation and other signs of aging.

Unfortunately, most of the current research involves isolated cell lines or animal studies. Further evidence from large-scale clinical trials is necessary to confirm how these mushrooms impact human health and disease.

Mushrooms, in general, are nutritional powerhouses and Agaricus bisporus are no different. They are packed with essential and non-essential amino acids and dietary fiber while being both low-calorie and low-fat. Therefore, they make a fantastic addition to any healthy diet.

Agaricus bisporus’ nutrition varies slightly depending on the variety and how they are grown. The following are approximate values based on a 100g serving:

These mushrooms are also rich in vitamins and minerals, including:

Research has revealed that brown Agaricus bisporus varieties have a higher nutritional content than their white counterparts. Furthermore, many beneficial compounds are concentrated in the cap skin, meaning it is best not to peel these mushrooms before eating.

Another tip is to expose the mushrooms to sunlight for a couple of hours before cooking them. Doing so increases their vitamin D content, adding to their overall nutritional value.

Agaricus bisporus mushrooms are among the most popular edible fungi in the world. They provide a winning combination of taste, texture, and nutrition and are suited to a wide variety of dishes.

These mushrooms contain a wealth of bioactive compounds that could benefit our immunity, metabolism, and more.

They also contain a wealth of bioactive compounds that could benefit our immunity, metabolism, and more. Further research is necessary to determine how these mushrooms can play a role in human disease prevention. However, they are certainly a valuable addition to any healthy diet.

Looking for something a little more exotic? Read our complete guide to enoki mushrooms below:

Related article
Enoki Mushrooms: What Are They?