Coenzyme Q10: All About This Supplement

Read below to learn more about the science, benefits, uses, and safety of CoQ10.

Coenzyme Q10 (CoQ10) is a coenzyme, meaning it assists the function of enzymes in initiating, speeding up, and slowing down biochemical reactions inside cells.

CoQ10 is produced naturally and is found in every cell in the body. Inside cells, it is crucial for various functions, including tissue metabolism, protection against oxidative stress, and the most well-known being aiding aerobic respiration and energy production. 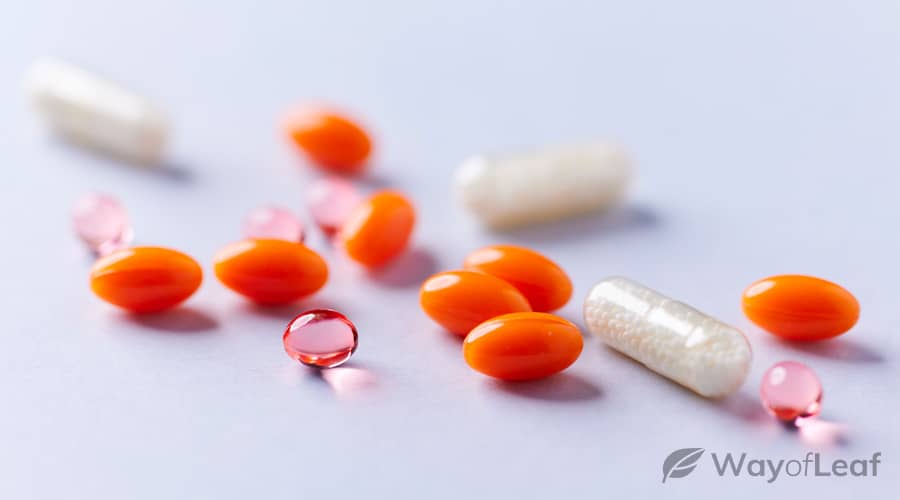 CoQ10 is a fat-soluble compound biosynthesized de novo by cells using the amino acid tyrosine. Its ubiquitous nature and quinone structure lend CoQ10 to being referred to as ubiquinone.

As well as being produced by cells, you can also obtain CoQ10 from the diet. Foods rich in CoQ10 include oily fish (such as tuna or salmon), organ meats (such as liver), and whole grains.

The compound was discovered by biochemist Fred Crane in 1957 when isolating a yellow substance from cow hearts.

After determining its chemical structure, the pharmaceutical company Merck, Sharpe and Dohme became interested in CoQ10’s potential as a cardiovascular drug and brought the compound into scientific research.

After discovering CoQ10’s role in cellular energy generation, the British biochemist Peter Mitchel was awarded the 1978 Nobel Prize in Chemistry.

Each supplement has its own unique properties and benefits. Here’s what we know about CoQ10.

Inside the mitochondria of cells, also known as the cell’s powerhouse, CoQ10 plays an essential role in the aerobic metabolic pathway – a series of reactions that convert glucose to energy in the form of adenosine triphosphate (ATP) using oxygen.

By boosting mitochondria function and increasing energy production, supplementing with CoQ10 can help improve wakefulness and exercise recovery and performance.

Oxidative stress is the name given to cellular damage caused by free radicals – compounds generated by biochemical reactions that damage cell structures.

CoQ10 is an antioxidant, meaning it protects against oxidative stress. It does this by scavenging or “mopping up,” free radicals and preventing them from causing damage.

Oxidative stress is implicated in several diseases. The oxidative damage theory of aging states that age-associated decreases in functions result from build-up from free-radical damage.

Therefore, CoQ10 could serve as an essential supplement to help prevent disease and slow down the onset of age-related impairments.

Low-density lipoproteins (LDLs) are called “bad” cholesterols because they can build up in artery walls, causing atherosclerosis and increased risk of heart disease and stroke.

On the other hand, high-density lipoproteins (HDLs) are called “good” cholesterols because they help absorb LDLs and decrease the risk of heart disease and stroke.

Research has demonstrated that supplementing with CoQ10 positively affects cholesterols by decreasing total cholesterol levels and increasing the production of HDLs.

What Health Conditions Could Taking CoenzymeQ10 Be Good For?

The studies conducted on CoQ10 point to these results.

Mitochondrial myopathies are a group of neuromuscular diseases caused by damage to the mitochondria.

In one study, patients with mitochondrial myopathies were supplemented with CoQ10 every day for three months. At the end of the study, the patients had improved muscle endurance and less fatigue during daily activities. However, their fatigue level changes weren’t enough to reach statistical significance.

CoQ10 may help lower blood pressure by protecting levels of nitric oxide, an agent which relaxes peripheral arteries. Furthermore, CoQ10 may increase the production of the prostaglandin prostacyclin, which also helps relax arteries and inhibit the formation of blood clots.

In an analysis of 12 different clinical trials investigating the effects of CoQ10 on people with hypertension (high blood pressure), researchers showed that supplementing with CoQ10 significantly decreased systolic and diastolic blood pressure levels.

The antioxidant and anti-cholesterol effects of CoQ10 mean supplementation may be helpful in the treatment and prevention of heart diseases.

Multiple lines of evidence have demonstrated that CoQ10 may be helpful in the treatment of hypertrophic cardiomyopathy (HCM). In this condition, the heart’s walls become abnormally thick, making it more difficult for the heart to pump blood and causing an irregular heartbeat.

Another study investigated the effects of CoQ10 supplementation on patients with heart failure. After two years of supplementing with either CoQ10 or placebo, the CoQ10 group had improved heart failure symptoms and a 43% reduction in mortality.

However, a meta-analysis of 14 randomized control trials investigating CoQ10 and heart failure demonstrated that, although CoQ10 significantly decreased mortality, supplementation had no significant effects on heart function or heart failure symptoms.

Evidence has demonstrated diabetic patients have lower levels of CoQ10 in their blood and that supplementing with CoQ10 can help reduce diabetes symptoms.

Alzheimer’s disease is a type of dementia characterized by amyloid-beta plaques and tau proteins in the brain. Because oxidative stress is thought to play an essential role in its development, CoQ10 supplementation may be helpful in slowing down disease progression.

Experiments on animal models of Alzheimer’s disease have demonstrated that CoQ10 can reduce levels of amyloid-beta and tau brain pathologies.

However, these findings weren’t translated into human research when a study found no significant difference in amyloid and tau pathology between Alzheimer’s patients who took CoQ10 and patients who didn’t. Furthermore, the CoQ10 group demonstrated increased cognitive decline.

In line with this claim, research has shown that people with early-onset Parkinson’s have reduced levels of CoQ10 in their mitochondria and that CoQ10 supplementation may be able to slow down Parkinson’s-caused functional decline.

In a clinical trial of Parkinson’s patients, CoQ10 daily supplementation for two months did not improve mental or physical function compared to the placebo group.

Research studies have found that, in general, CoQ10, even at high doses, is well-tolerated.

Reported side effects have included:

Because CoQ10 may interfere with blood-thinning medications, such as warfarin, people on blood thinners should avoid taking CoQ10 as it could decrease the effectiveness of such medications and increase the risk of blood clots.

Furthermore, because CoQ10 is processed and eliminated through the liver, people with liver diseases may also choose to avoid CoQ10 as they’re more at risk of the substance building up and causing side effects.

CoQ10 is easy to find and can be purchased in health-food stores, local pharmacies, and online.

Supplements tend to appear in dosed capsules, intended for daily use, but you can also buy powders and liquid forms to add to drinks. 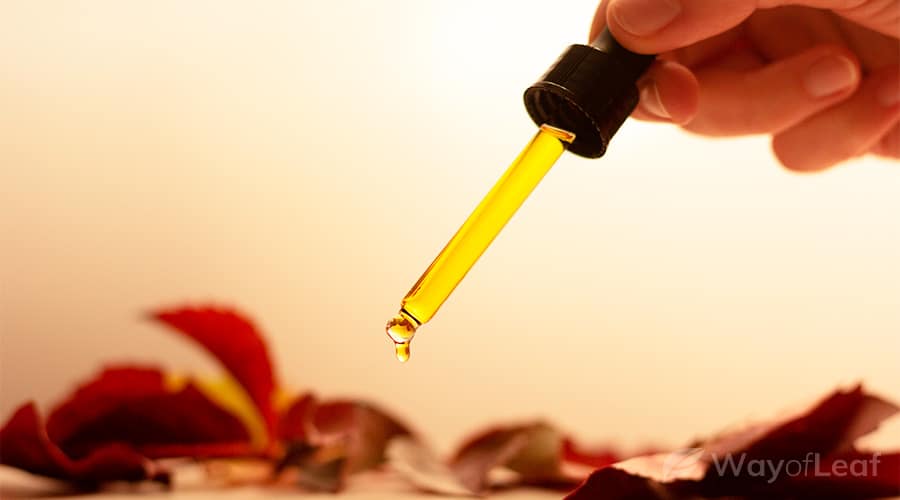 CoQ10 supplements may come in the form of either ubiquinone or ubiquinol. Because ubiquinone is converted into ubiquinol in the body, taking both versions will have the same effects.

We lack evidence to support that either version is more easily absorbed or effective than the other. However, most research trials to date have used CoQ10 in the form of ubiquinone.

In general, research trials have demonstrated that a daily dose of between 100-300 mg of CoQ10 is effective for improving health. However, for neurodegenerative diseases, such as Parkinson’s disorder, higher doses of up to 1200 mg per day may be necessary to see any effect.

One study investigating different doses of CoQ10 found that after 2400 mg per day, study participants had no changes in blood CoQ10 levels. Therefore, this dose may be the maximum amount that the body can absorb.

This study also found that the high dosages didn’t lead to any notable side effects and, therefore, may be considered safe. However, the study doesn’t account for long-term effects. Thus high doses taken for long periods of time could pose unknown risks.

The mitochondrial, antioxidant, and cholesterol-lowering effects of CoQ10 means supplementing with the compound could be beneficial for health. In particular, using CoQ10 may be most beneficial for people with mitochondrial or heart-related diseases.

If you’re considering using CoQ10, it’s a good idea to first consult with your doctor, as they may be able to give you specialist advice based on your individual needs. Also, when purchasing supplements, be sure to check through customer reviews and TrustPilot to ensure that what you’re taking is legitimate and of good quality.

NOW Foods Review: All About the Brand