L-tyrosine is a non-essential amino acid and a precursor molecule for different neurotransmitters in the brain. We’ve explored some of the biological effects of L-tyrosine in the body, the research highlighting the potential benefits and side effects, and recommended dosages.

L-tyrosine, also known as tyrosine, is an amino acid. Amino acids are the building-block compounds that make up all of our proteins, hormones, and neurotransmitters. Amino acids can be divided into two separate categories: 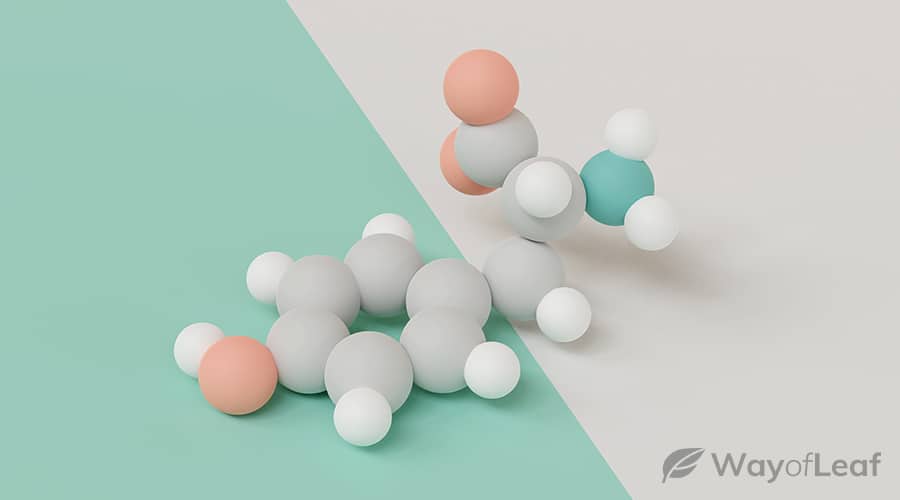 L-tyrosine is a precursor molecule, meaning useful compounds inside the body are made from it. Some of the important substances made using L-tyrosine are:

What Are the Benefits of L-Tyrosine?

Undergraduate students were given either an oral dose of L-tyrosine powder or a placebo in a study to examine the effects of L-tyrosine on working memory.

Working memory is the storage of temporary information and can be evaluated using an N-back task. The students who took L-tyrosine performed better in the N-back test than placebo, suggesting L-tyrosine increases working memory performance.

May Help With Phenylketonuria (PKU)

PKU is a genetic disorder where people are unable to break down phenylalanine. This effect means people with PKU have a build-up of phenylalanine in the blood and brain, which increases the risk of brain damage.

As phenylalanine can’t be broken down into tyrosine, researchers have suggested that supplementing with L-tyrosine may be able to help improve some of the symptoms associated with PKU. However, the evidence is limited.

Low levels of dopamine may be associated with some of the symptoms of depression, such as lack of pleasure and reduced motivation. As L-tyrosine is required to make dopamine, it could improve some of these symptoms.

One study showed that giving L-tyrosine to patients with dopamine-dependent depression successfully treated their depression for up to two years. However, other studies have shown L-tyrosine has no effect on improving depression in patients, indicating L-tyrosine may only be beneficial for specific types of depression.

Other Potential Uses of L-tyrosine May Include:

General recommendations are to take 100-300 milligrams of L-tyrosine per kilogram of body weight (mg/kg) per day, meaning people with a higher body weight may need to have a higher dose. Changes in working memory are notable after a 2-gram dose. 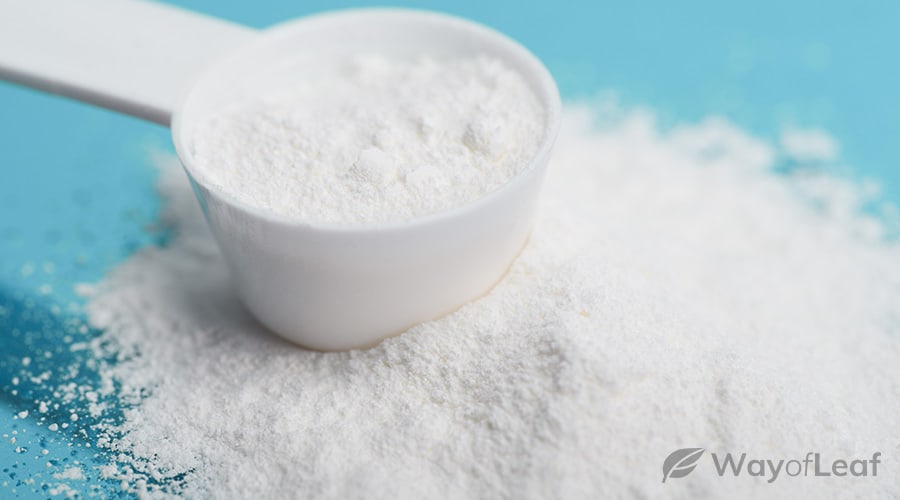 There is no evidence of serious adverse effects from L-tyrosine in humans. However, some common side-effects reported include:

Giving rats repeated high doses of L-tyrosine caused swellings in the stomach lining and changed the weight and shape of kidney and liver cells, suggesting that at high doses in humans, it may have toxic effects on the stomach, kidney, and liver.

L-tyrosine is broken down into tyramine – another amino acid that is also found in food. Certain antidepressant medications called monoamine oxidase inhibitors (MAOIs) block the breakdown of excessive tyramine in the body.

Combining L-tyrosine with tyramine-rich foods and MAOIs could lead to excess tyramine and unwanted side effects.

Because L-tyrosine increases tyramine in the body, combining L-tyrosine with tyramine-rich foods and MAOIs could lead to excess tyramine and unwanted side effects including high blood pressure and migraine.

L-dopa is a medication used in the treatment of Parkinson’s disorder (PD). Because L-tyrosine and L-dopa are both absorbed by the same receptors in the small intestine, taking L-tyrosine can decrease the effectiveness of L-dopa in PD treatment.

L-tyrosine is a non-essential amino acid that could have a variety of positive functions on cognition and in the treatment of certain disorders. However, at higher doses, it could have toxic effects and interact with certain medications.

Currently, the evidence for L-tyrosine benefits and risks is still very limited, but as research continues, more light may be shone on the positive and negative health outcomes.

The best brands to try