Amino acids are trendy supplements at the moment, with health-conscious individuals eager to try them. There are lots of amino acids, one of which is L-theanine. It is found in a handful of food items, but not many, which is why it has become popular in supplement form.

Many health stores and pharmacies sell it in the form of pills. But before you try L-theanine capsules, make sure to learn about the potential benefits and dangers by reading this guide.

L-theanine is an amino acid. It exists in tea leaves, including both green and black tea. Small amounts can be found in some mushroom species, including Bay Bolete. With so few dietary sources, it is not surprising that people seek it out in supplement form. 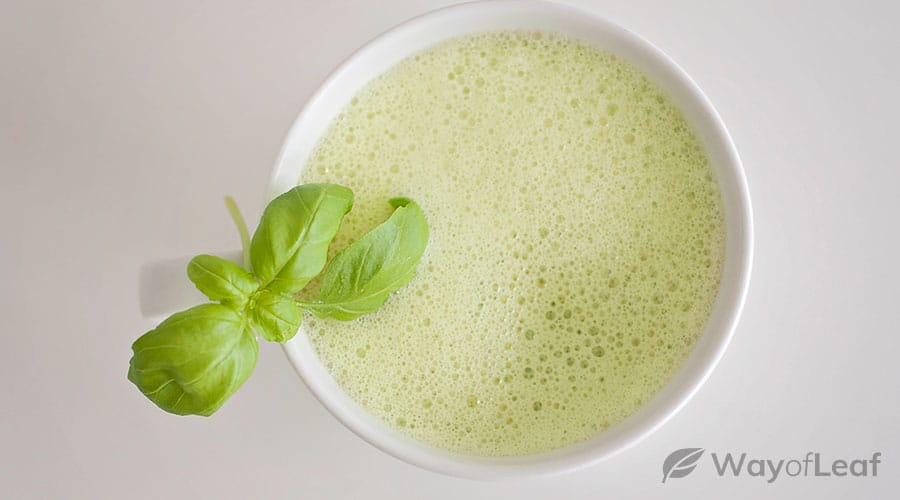 It is not an essential amino acid, nor is it one of the common nonessential forms. In other words, the human body does not require it to function, and most people typically don’t get a lot of it. Those who drink green tea frequently ingest higher levels of L-theanine than those who don’t, since it is one of the active ingredients in tea leaves – alongside caffeine and tea catechins.

Not requiring it does not mean, however, that it cannot be beneficial.

Primarily, L-theanine is employed as a relaxation agent, not to be confused with a sleep aid. It has several potential benefits, though it is not extensively studied in most of these areas.

L-Theanine Benefits: Why People Use It

The primary benefits of L-theanine revolve around relaxation and sleep. Although it can make people feel relaxed, it does not typically serve as a sleep aid, though some users report improved sleep quality. Other L-theanine benefits are things like immunity and focus.

In fact, the improvement in focus that some users feel could make it synergistic with caffeine. It calms the nerves and avoids caffeine jitters while also enhancing focus and natural energy.

Here are some of the primary benefits of L-theanine and the relevant studies to back them up.

L-Theanine for Stress and Anxiety

The most common reason for using L-theanine is that it can decrease anxiety. It’s well-attested that a cup of tea can calm the nerves, but this effect may be due to the levels of L-theanine in tea.

A study in the Journal of Nutrition and Intermediary Metabolism found that L-theanine reduced stress and anxiety in participants who were undergoing stressful situations. The data was collected in five randomized-control trials. As a result, there could be a connection between L-theanine and stress.

The most common reason for using L-theanine is that it can decrease anxiety.

Similarly, a recent study from the Journal of Clinical Psychiatry discovered that, in those with schizophrenia, L-theanine improved symptoms and decreased feelings of anxiety.

Apart from this, the relationship between L-theanine and anxiety is not well-studied. It’s an area that warrants more research, but anecdotal evidence suggests that users experience reduced stress when using supplements.

Although L-theanine is not a complete sleep aid, it may be able to improve the quality of sleep in users. The L-theanine dosage for sleep has been placed at between 200mg and 400mg. However, the research in this area is relatively minimal.

One 2011 study revealed that boys with ADHD experienced improved sleep quality when using 100mg of L-theanine per night in the form of a chewable pill. The study also had a placebo group, who did not experience significant change. In other words, L-theanine was shown to be beneficial in producing more prolonged, more restful sleep.

Research is slightly thin on the ground, so more studies are necessary to prove that the supplement is safe for children.

The connection between L-theanine and weight loss is not substantive. Although many people use L-theanine for weight loss, it may not be effective in supplement form.

Instead, green tea may be the secret ingredient. The L-theanine found in green tea leaves creates a savory, umami taste. Some research published in The American Journal of Clinical Nutrition suggested that umami flavors can reduce the appetite, thus assisting with weight loss.

While the L-theanine’s effect on the body may not be a driving factor in weight loss, drinking green tea could help.

In relation to its effects on stress, L-theanine could assist with high blood pressure. Many people experience elevated blood pressure as a result of stressful situations, even noticing an increase after engaging in mentally challenging tasks.

In 2012, researchers found that L-theanine reduced high blood pressure in participants who experienced hypertension following mental tasks. This was compared to a control group. The researchers also found that caffeine had a similar effect but to a lesser extent than L-theanine.

This suggests that L-theanine could have more beneficial effects on the body than merely reducing stress.

What Does L-Theanine Do Overall?

Overall, L-theanine has a multitude of effects. Some potential benefits not discussed above also include sinusitis relief, increased focus, and better immunity. L-theanine’s effects remain, however, relatively understudied compared to other supplements on the market.

The effects relate primarily to stress and anxiety, as it can promote relaxation. It can have a knock-on effect on sleep, blood pressure, and overall health.

Since it has potential benefits, the question lies with whether it is safe to take. Generally speaking, it is considered safe. Some side effects of L-theanine and dosage recommendations will be discussed below.

How Long Does L-Theanine Take to Work?

According to some of the studies mentioned above, L-theanine takes as little as 30 minutes to work. Anecdotal evidence suggests that 30-40 minutes is an expected response time for L-theanine to start working.

If you are wondering ‘how long does l-theanine last?’, the effects of a single dose can last from 8-10 hours, depending on factors such as how much the individual uses, body type, physiology, and more. A dosage of 50 – 200mg can last for this time frame.

There are a few noteworthy side effects that users of L-theanine can expect. There are no confirmed or direct adverse effects, as it is generally considered safe to take. However, the consumption method can trigger some of L-theanine’s side effects. 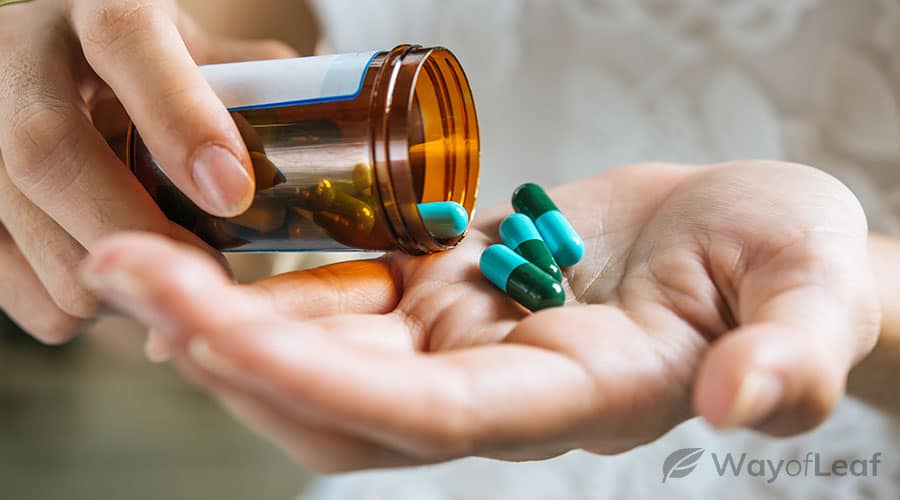 When taken in the form of tea, L-theanine and caffeine can cause nausea, irritability, and an upset stomach. These are mild effects that can be avoided by limiting dosage.

As for oral consumption, up to 400mg has been administered daily for eight weeks, which has shown to be safe. It is unknown whether amino acids are safe for longer periods. In some users, prolonged use can lead to headaches and drowsiness.

While an L-theanine overdose has not been noted in the literature, there are risks for some groups of people. It is recommended to avoid L-theanine when pregnant or breastfeeding, and it should not be given to children without supervision by a physician.

Furthermore, it may interact with certain medications, including:

If you are taking any of these types of medication, consult a doctor before using L-theanine.

When to Take L-Theanine

L-theanine can be consumed at any time of day. But it’s best to use it at the same time you would consume tea. For example, in the afternoon or evening.

L-theanine can be consumed at any time of day. But it’s best to use it at the same time you would consume tea.

Since L-theanine may cause sleepiness in some users, the best time to take L-theanine is when the individual is at home and prepared to go to bed soon. At least for the first dose, it’s a good idea to determine how the supplement interacts with the body.

L-Theanine Dosage and Final Thoughts on This Amino Acid

There is no direct guidance on L-theanine dosage. Dosages between 50mg (in children) and 400mg have been used in studies safely. To start with, it’s a good idea to use approximately 100mg of L-theanine and see how it takes effect.

Since L-theanine is generally safe, there should be no issues using it as a supplement. However, bear in mind that humans don’t require this amino acid. There are a handful of potential side effects and drug interactions that can occur, so consult a physician if you are unsure.

Looking for more natural ways to relax and unwind? Learn about the top options here at WayofLeaf: