L-carnitine plays a vital role in energy production. However, it is not considered an essential nutrient since our bodies can make it using the amino acids lysine and methionine. We can also obtain it from food or supplements.

Many supplement brands promote L-carnitine as improving athletic performance, endurance, and recovery. Some also market it as a weight-loss aid. But is there any truth to these claims?

This article explores the best-studied L-carnitine benefits, uses, side effects, and more. Read on for the complete guide.

L-carnitine is present throughout the body, although the highest concentration is in skeletal and cardiac muscle.

It transports fatty acids into mitochondria, the energy-producing components of our cells. The compound also assists in the removal of toxic substances generated by energy production.

Therefore, L-carnitine is critical for healthy cell function and metabolism. 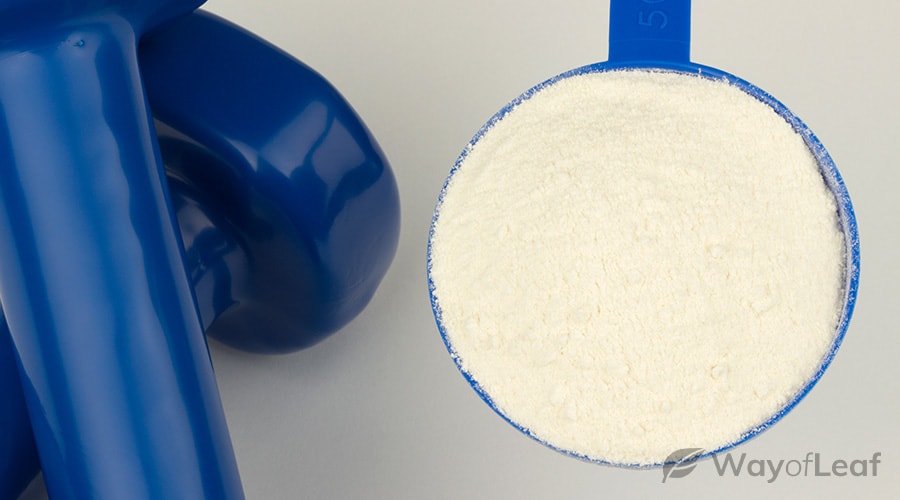 Many people use it as a supplement to enhance athletic performance. It could also play a role in treating several medical conditions.

We will explain some of the best-studied L-carnitine uses below. However, it is critical to note that most clinical trials utilized the compound alongside, not instead of, standard treatment.

Individuals with pre-existing conditions should consult a physician before use and never stop taking prescribed medication without prior agreement.

Scientists have been investigating L-carnitine’s potential to enhance athletic performance and recovery for the past few decades.

Due to its role in energy production and muscle function, it makes sense that it might be beneficial. Therefore, it has become a common ingredient in both workout supplements and energy drinks.

However, the current research on the subject has proven inconsistent. While some studies show that supplementation may help, others have found little evidence to support this.

This disparity may be due to different dosages and treatment durations. A 2011 publication suggests that long supplementation periods of approximately six months may be necessary to derive any benefit.

Supplement manufacturers also promote L-carnitine for weight loss, and there is some evidence to support this claim.

For example, a 2016 review of eight trials concluded that L-carnitine supplementation resulted in significant reductions in body weight and body mass index (BMI).

A 2020 review of 43 trials produced similar results. It found that L-carnitine significantly reduced body weight, BMI, and fat mass. However, it did not affect body fat percentage or waist circumference. The effects were especially pronounced in subjects who were overweight or obese.

As we age, our mitochondrial function decreases. It seems that L-carnitine could help to slow down this natural decline. Therefore, the compound may be beneficial in several key areas relating to the aging process.

L-carnitine may be beneficial in several key areas relating to the aging process.

Another potential benefit for older people is delaying sarcopenia (age-related muscle loss). However, the evidence in this area is less conclusive.

A 2015 experiment on mouse cells found that L-carnitine could promote the generation of new muscle tissue. However, a 2018 study on women aged 65 and over reported no impact on muscle strength after 24 weeks of supplementation.

Another common condition among older people is heart disease. There is a high concentration of L-carnitine in the heart, and some experts believe it may play a protective role.

A 2013 review and meta-analysis found that L-carnitine was associated with lower rates of all-cause mortality, ventricular arrhythmias, and angina in heart attack patients. This finding supports the compound’s possible cardioprotective effects.

However, some believe that it could negatively influence heart health. Bacteria in the human gut convert some L-carnitine from food and supplements into a chemical called trimethylamine N-oxide (TMAO).

It seems that TMAO can actually increase the risk of cardiovascular disease, making L-carnitine’s use somewhat controversial.

Patients with peripheral arterial disease can experience a symptom called claudication. It occurs when the blood vessels cannot deliver enough oxygen to the legs, causing difficulty walking and pain.

It seems that patients who experience this symptom may have alterations in their natural L-carnitine levels. Furthermore, there is some evidence that the compound could increase walking distance in people with peripheral arterial disease.

However, more research is necessary, and a 2011 study found only a slight but insignificant benefit to taking L-carnitine versus exercise alone.

Some scientists believe that excess lipids (fats) in the blood can contribute to insulin resistance and diabetes. This has led to the hypothesis that L-carnitine could help due to its role in fat metabolism.

Indeed, studies have shown that the compound can increase insulin sensitivity in mice. It also seems that it could assist blood sugar control in humans.

Related article
What Are the Best Amino Acids? Our Top Picks

L-carnitine might also help to relieve the symptoms of certain diabetic complications such as nerve damage.

End-stage renal disease often requires hemodialysis. This treatment uses a machine to filter the blood externally when the kidneys become unable to do so. One possible side effect is a reduction in L-carnitine levels.

The FDA has approved the compound as a treatment for some end-stage renal disease patients undergoing hemodialysis. The prescribing requirements include being L-carnitine deficient and having signs and symptoms of anemia or low blood pressure.

L-carnitine deficiency can also affect patients undergoing chemotherapy. Early research suggests that supplementation could help to counter side effects such as fatigue and weight loss.

However, these results are based on small sample sizes and specific types of cancer, so further research is required.

HIV is another condition that can cause L-carnitine deficiency and symptoms such as fatigue.

There is a relationship between L-carnitine status and sperm health. This has led some scientists to promote it as a treatment for male infertility.

In addition to the above, there appears to be a link between low L-carnitine levels and depression.

A 2018 Stanford University study found that people with depression had lower-than-average L-carnitine levels. Those with the lowest levels had the most severe symptoms, were more likely to be treatment-resistant, and tended toward earlier onset of the condition.

The study did not test the effects of L-carnitine supplementation on depressive symptoms. However, its findings suggest that it is an area worth investigating.

There is no standard L-carnitine dosage, and the required amount will depend on numerous factors. It is necessary to consider age, body weight, general health, and any pre-existing medical conditions.

Previous research studies have involved a broad range of doses, from 1–6g daily. However, it seems that taking higher doses might not necessarily provide additional benefits.

For example, a 2014 study on healthy male athletes found no statistically significant difference between doses of 3g and 4g.

Moreover, the National Institutes of Health states that doses of 3g and over can increase the risk of side effects.

The most common L-carnitine side effects include:

It can also increase the risk of seizures in susceptible individuals or cause muscle weakness in uremia patients.

Furthermore, L-carnitine can interact with some medicines, including certain antibiotics and anti-seizure medications.

Side Effects of Too Much L-Carnitine

Research suggests that it is possible to take up to 6g daily for 12 months without adverse effects. Therefore, L-carnitine overdose is rare.

How they impact our health…

One possible issue with taking high doses for long periods is a potential increased risk of cardiovascular disease. This is due to the possibility of additional TMAO production (see Heart Disease section above).

However, the precise magnitude of this risk is not yet apparent. Further research is needed to determine a safe standard dosage and treatment duration.

The word carnitine derives from the Latin carnus, meaning flesh. It stems from the fact that scientists first isolated the compound from meat.

Meat is the best natural source of L-carnitine, especially beef and venison. Typically, the redder the meat, the higher the L-carnitine content.

Plant-based foods contain very little of the compound. For example, an avocado (one of the best plant sources) has just 2mg of L-carnitine. In comparison, a 3oz serving of beef contains around 80mg.

However, despite the low levels found in fruit and vegetables, deficiency is rare, even among vegetarians and vegans. Experts believe this is due to the body’s ability to adapt and increase its endogenous L-carnitine production accordingly.

Notably, the body requires several other nutrients to ensure healthy L-carnitine synthesis. In addition to the amino acids lysine and methionine, production requires:

Therefore, we must eat a balanced diet with a variety of foods to ensure that we maintain adequate levels.

L-carnitine supplements are an option for anyone wishing to increase their consumption significantly. They come in several forms, including: 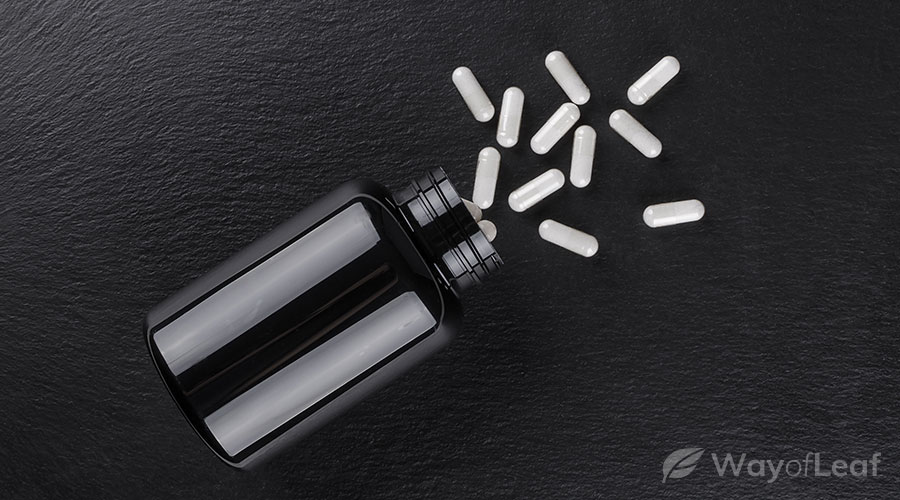 Of these three forms, acetyl-L-carnitine has the best absorption rate and is the variety most researchers favor.

Finally, consumers should only buy from reputable brands to ensure they receive a safe and high-quality product.

L-carnitine is essential for healthy cell function and energy production. Our bodies can make it from amino acids and other nutrients, and we can get it from food and supplements.

The most common uses of L-carnitine include workout and weight loss products. Furthermore, research has revealed that it may be an effective adjunctive treatment for several chronic medical conditions.

Most people can take moderate doses without experiencing serious side effects. However, as with all supplements, individuals should seek professional guidance before using L-carnitine for the first time.