Beta-alanine is a non-essential amino acid, meaning that our bodies produce it naturally. It is also present in some food and supplements, especially pre-workout products.

Its purported benefits include improving exercise capacity and performance and delaying fatigue. But is there any reliable evidence to back these claims?

This article explores the science behind this popular amino acid and whether it is worth taking a beta-alanine supplement.

Read on for our complete guide.

Beta-alanine’s structure comprises a two-carbon alkyl group (C₂H₄) with a carboxyl group (COOH) at one end and an amino group (NH₂) at the other. Its chemical formula is C₃H₇NO₂. 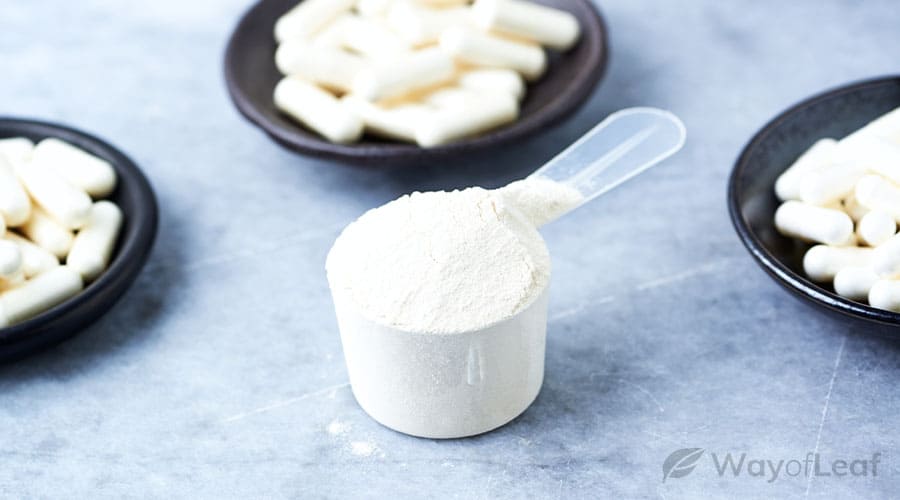 Beta-alanine is non-proteinogenic, meaning that it does not make up part of our genetic code or protein molecules. However, it does have an essential role in the human body. Therefore, a growing number of people, especially athletes, are choosing to take it as a supplement.

What Does Beta-Alanine Do?

Beta-alanine combines with another amino acid, L-histidine, to form a compound called carnosine, or β-alanyl-L-histidine. Carnosine acts as a buffer during exercise, meaning that it helps to regulate the pH of muscle tissue.

During high-intensity exercise, a process known as anaerobic glycolysis causes lactic acid to break down into lactate. This releases protons (positively-charged hydrogen ions) that reduce muscle pH, making it acidic. This state is known as acidosis, and it interferes with several metabolic processes, causing loss of power and muscle fatigue.

Beta-alanine indirectly acts as an exercise-enhancer by increasing carnosine production.

Carnosine counteracts this process by readily accepting protons and keeping the pH of muscle relatively stable. It allows individuals to train for longer periods without experiencing fatigue.

Research has shown that taking beta-alanine increases the amount of carnosine stored in muscle. Therefore, beta-alanine indirectly acts as an exercise-enhancer by increasing carnosine production.

Unsurprisingly, a growing number of professional and amateur athletes are considering adding the amino acid to their supplement regime. In the following sections, we will aim to answer the following questions:

We will also discuss some of the most popular supplements and how to choose a suitable product.

As we have explained, beta-alanine acts as an exercise enhancer by increasing muscle carnosine synthesis.

Studies have shown that taking the amino acid for just two weeks can raise carnosine levels by 20–30%. Furthermore, taking beta-alanine for four or ten weeks could increase carnosine by up to 64% or 80%, respectively.

According to a 2012 review of 15 clinical trials, the supplement had significant effects compared to placebo. The median dose led to overall performance improvements of 2.85%. While this figure may seem small, it could make a huge difference in professional athletics competitions.

For example, in a four-minute event such as the 1500m, it could equate to a time difference of six seconds. In the 2008 Beijing Olympics, this would have been enough to shift the last place in the men’s 1500m to a bronze medal position.

Related article
Branched-Chain Amino Acids: What Are They?

The review’s authors concluded that beta-alanine increased the time to exhaustion and improved exercise capacity. There were also moderate improvements in performance.

They stated that the amino acid was most effective for exercise durations between 60 and 240 seconds. However, a more recent 2017 review found that it had some influence on exercise lasting from 30 seconds to 10 minutes.

It is possible that by increasing carnosine production, beta-alanine may have several additional health benefits.

For instance, carnosine acts as an antioxidant and may have anti-aging, neuroprotective, and antitumor effects. But it is essential to note that no human research has been conducted on these benefits to date. The current evidence relates to animal and in vitro experiments.

This amino acid’s most common side effect is paresthesia; tingling or prickling sensations on the skin. It is colloquially known as “beta-alanine itch” and usually affects the face, neck, and back of the hands.

While it is not thought to be harmful, this side effect can be very unpleasant and may put some people off taking a supplement. 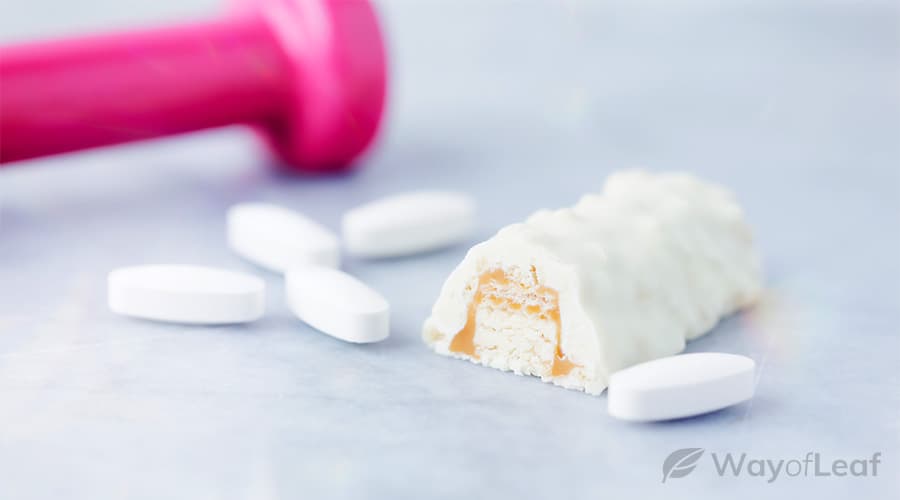 It occurs more frequently with single, high doses of beta-alanine. Therefore, people tend to take smaller amounts throughout the day. Many companies also offer slow-release formulas that help to reduce the likelihood of paresthesia.

Aside from this side effect, taking beta-alanine at recommended doses appears to be safe for healthy people. However, the effects of long-term supplementation (over one year) are unknown.

Some scientists have suggested it could reduce the body’s taurine and histidine levels as these amino acids share a transporter. There is currently no evidence that this is harmful, although research into the subject is ongoing.

There are several types of beta-alanine supplements available. Powders and pills are both popular among consumers, and the amino acid can also be found in some food sources.

Beta-alanine is a common ingredient in pre-workout and protein powders. It is typically included alongside other exercise enhancers, such as creatine, taurine, and citrulline malate. You can also purchase pure beta-alanine powder, which can be added to shakes or smoothies.

Related article
Protein Before or After Your Workout? | Explaining What’s Best

The main disadvantage of this consumption method is that it may be inconvenient to consume several shakes daily. Therefore, it is more difficult to space doses throughout the day and get adequate amounts of beta-alanine without side effects.

Beta-alanine pills offer a more convenient option and allow doses to be spread throughout the day. If necessary, they are also easy to transport and consume on the go.

However, anyone choosing this consumption method should carefully check the ingredients of any other supplements they are using. For example, taking beta-alanine pills alongside a pre-workout shake that also contains it could lead to overconsumption.

Some experts believe that beta-alanine supplements are of limited use for casual exercisers. Therefore, many non-professional athletes may be able to get enough beta-alanine from food.

Many non-professional athletes may be able to get enough beta-alanine from food sources such as meat and poultry.

Meat and poultry are both good sources of the amino acid. Therefore, supplementation may be most beneficial for professional athletes and recreationally active individuals who follow a plant-based diet.

How Much Beta-Alanine to Take

There is no standard beta-alanine dosage, and the required amount will depend upon the individual’s needs. Research studies have utilized doses ranging between 2.4g and 6.4g daily in divided doses. Each dose should be under 2g to reduce the risk of developing paresthesia.

Consumers should follow the guidelines on their product’s packaging and not exceed the maximum daily dose. Alternatively, consult a sports nutritionist who should be able to offer professional advice on how much beta-alanine to take.

Beta-alanine has several potential benefits for athletes. It enhances carnosine production, which increases training volume and reduces muscular fatigue. This can increase exercise capacity and may lead to better overall performance in competitions.

As well as improving athletic performance, beta-alanine may have several other benefits, although these are currently unproven. We recommend consulting a professional for guidance before taking a beta-alanine supplement and only buying from reputable brands.