Schisandra berry is an herbal remedy that is gaining popularity for a variety of reasons. This article explores its potential benefits, side effects, and how to use it as a supplement.

Read on for our complete guide to Schisandra.

Schisandra chinensis is also known as the Chinese magnolia vine or Schizandra. It is a creeping vine that produces clusters of red berries. These berries are rich in active compounds known as lignans that give them a range of therapeutic properties. They play an essential role in traditional Chinese, Japanese, Korean, and Russian medicine.

The first records of Schisandra’s medicinal use are in the Ben Cao Gang Mu, a Chinese text published in 1596. Its Chinese name is wu wei zi, meaning five flavor fruit. In Chinese medicine terms, it possesses the five essential flavors: sweet, sour, salty, bitter, and spicy. 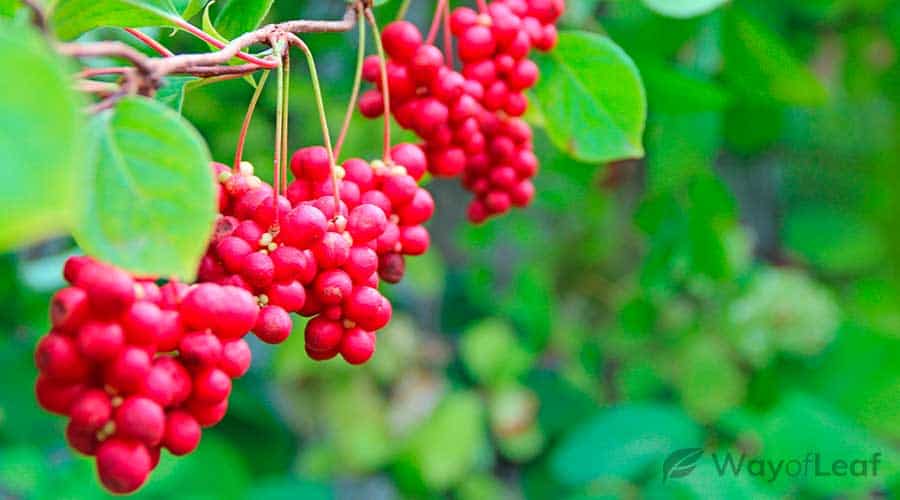 Chinese medicine practitioners consider each of these flavors to have a distinct effect on the body. The fact that wu wei zi has all five is unique and gives it a wide range of traditional uses. They include:

Although not all these uses are well-researched, there is evidence to support some of them.

Many studies into Schisandra’s potential benefits were conducted in the former USSR between 1940 and 1960. Its Russian name is limmonik, roughly translated as “little lemon”, referring to the berries’ slightly acidic taste. In traditional Russian medicine, its uses include:

Again, there is more evidence to support some of these uses than others. Even so, Schisandra has now become a top-selling supplement.

It is widely considered an adaptogen, meaning it could help the body handle environmental stress. Many also believe that it has ergogenic properties, increasing energy production, enhancing endurance, and boosting physical and mental performance.

Let’s take a look at some of the plant’s other possible benefits.

As we mentioned earlier, Schisandra berries are rich in lignans, specifically dibenzocyclooctadiene lignans (also known as Schisandra lignans). There are numerous chemicals in this group, all of which have somewhat similar properties (see below).

Schisandra also contains a range of other beneficial compounds, including:

Due to the plant’s high concentration of active chemicals, it can influence various biological systems. Below are some of the best-studied Schisandra uses, summarized from 2017 and 2019 literature reviews.

Please note that most of the existing evidence comes from laboratory and animal studies. Further research is necessary to confirm whether these effects translate to humans.

Schisandra lignans have potent antioxidant properties and may help to protect the liver from damage. They also increase vitamin C and glutathione levels. Both of these substances have additional antioxidant activity.

Due to its antioxidant properties, Schisandra may also have neuroprotective properties. Therefore, it could be useful for treating and preventing neurodegenerative disorders like Alzheimer’s and Parkinson’s diseases.

Schisandra may possess some antidepressant and neuroprotective properties.

It also appears to regulate several neurotransmitters, including serotonin, dopamine, and norepinephrine. Therefore, it may possess some antidepressant properties.

Finally, Schisandra may also help improve alertness, memory, and learning and increase concentration. Proponents suggest it could be useful for managing ADHD as well as improving cognitive performance in healthy individuals.

Schisandra extract may stimulate the pancreas to secrete insulin, producing anti-diabetic effects. It also appears to influence energy and fat metabolism and may reduce obesity.

Schisandra could benefit the cardiovascular system via several mechanisms. It influences various signaling pathways, including those responsible for fibrosis and inflammation. It may also inhibit platelet aggregation, helping to prevent blood clots.

Scientists have hypothesized that it may play a role in treating high blood pressure and heart attacks.

One of Schisandra’s traditional uses is as an anti-aging remedy, and there is some evidence to support this. Its antioxidant properties could help slow skin aging, and the herb also has some moisturizing and toning properties. Cosmetic manufacturers sometimes add Schisandra to their products.

Additionally, the plant exhibits antimicrobial activity and could aid in the prevention and treatment of skin infections.

Other possible Schisandra benefits include anticancer and antiviral properties. It may disrupt the cell cycle and induce apoptosis, a process that causes damaged cells to self-destruct.

Most human studies on Schisandra have focused on its potential to increase working capacity, reduce fatigue, and increase endurance. 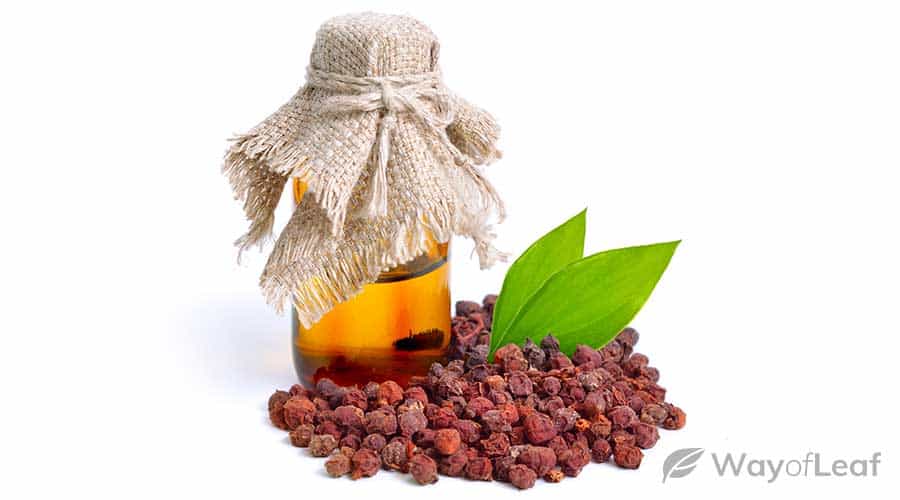 Other options include tinctures and capsules. The latter is perhaps the most convenient method of taking Schisandra. Each capsule provides an accurately measured dose, and consumers can simply swallow them with water.

There is no official Schisandra berry dosage, and the amount an individual needs will depend upon several factors. These include the reason for taking the supplement, body size, and overall state of health.

Some sources suggest taking 0.5–1.5 grams of the dried fruit or seed powder twice daily. However, individuals should either consult an herbalist or follow the dosage instructions on their supplement packaging.

Schisandra appears to be well-tolerated with a low risk of side effects. However, extremely high doses could cause toxicity, possibly leading to convulsions.

Other Schisandra berry side effects may include insomnia and excitability. However, reports of these reactions are relatively unusual.

There is also a possibility that Schisandra could interact with other medications as it affects cytochrome P450 enzymes in the liver. These enzymes are responsible for metabolizing a vast number of different drugs and supplements.

Therefore, anyone taking prescribed, over-the-counter, or herbal medicines should consult a physician before using Schisandra. Individuals suffering from specific conditions should also seek medical advice before use.

To learn more about how ancient eastern remedies could help us adapt to modern life, check out the articles below: