Polygonum multiflorum Thunb is a vine-like plant native to China, and people there have used it medicinally for centuries. It is commonly known as fo-ti in the USA.

People frequently use fo-ti root products for their purported anti-aging effects and as a general tonic. Several scientific studies support these uses, indicating that the plant’s active compounds have potent antioxidant activities.

However, many reports of drug-induced liver injury associated with Polygonum multiflorum use have also emerged. This has cast doubt over the plant’s safety and left many wondering whether the risks outweigh the potential benefits.

This article explores the science behind this ancient herbal remedy, including its most common uses and side effects. Before using a Polygonum multiflorum supplement for the first time, here’s everything you should know.

What Is Polygonum Multiflorum?

Polygonum multiflorum is a member of the buckwheat family. It is a perennial, vine-like plant with heart-shaped leaves and small, white flowers.

In its native China, Polygonum multiflorum Thunb is known as he shou wu, and it has been used as an herbal medicine for centuries. It first appeared in a text known as the Kai Bao Materia Medica, published in 973CE. It is now listed in the official Chinese Pharmacopoeia and remains popular as a remedy for several ailments. 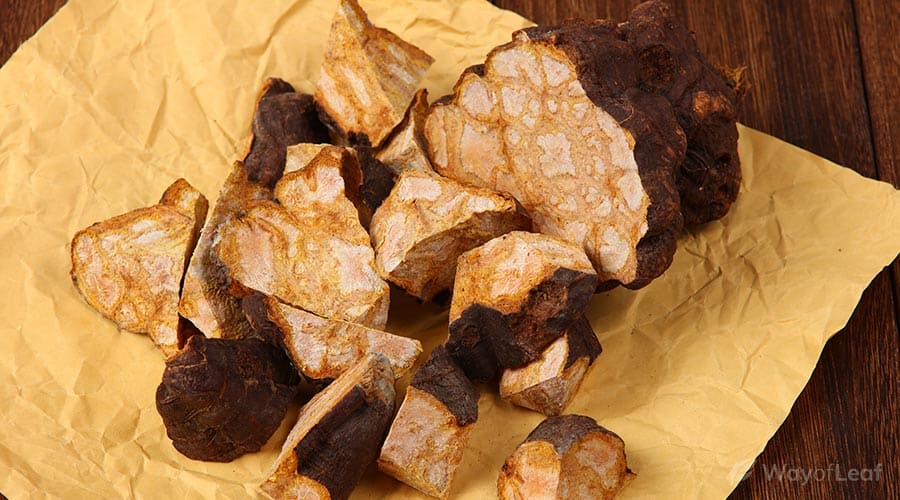 The roots are the part of the plant most commonly used to make medicine, in either their processed or unprocessed form. The processed roots are used primarily as a tonic and anti-aging supplement, whereas the unprocessed roots are said to have a laxative effect and detoxifying properties. The plant’s stems are also sometimes used as a treatment for insomnia.

However, there is some controversy surrounding the plant, and it has been linked with a number of cases of liver damage worldwide. Let’s delve deeper to explore the potential benefits of Polygonum multiflorum and whether it is worth the risk.

How Does Polygonum Multiflorum Work?

Polygonum multiflorum contains numerous bioactive compounds. In fact, research suggests that the plant has over 103 different chemical constituents. The most therapeutically important are thought to be two groups of compounds known as anthraquinones and stilbenes. The plant also contains flavonoids, quinones, and phenolic acids.

Most research has focused on a chemical called 2,3,4,5-tetrahydroxystilbene-2-O-β-D-glucoside, or TSG. It is thought that TSG is responsible for many of the plant’s beneficial effects. TSG also appears to play a role in causing liver damage, although as many as 25 different ingredients may be involved.

Processing Polygonum multiflorum alters its chemical composition significantly and may reduce its toxic effects. Traditional processing methods include steaming the root before exposing it to sunlight, then repeating this nine times. Cooking the root with black soybeans is another time-honored technique.

However, more modern methods are usually employed nowadays, including single steaming, high-pressure processing, microwave processing, etc. Some experts believe that these techniques are less effective and may account for the increased incidence of liver toxicity in recent years.

Despite the risks, Polygonum multiflorum does have some apparent benefits too. A 2015 review lists the plant and its extracts as having the following properties:

Unfortunately, much of the evidence is based on laboratory and animal experiments rather than clinical trials. Therefore, far more research is required to determine how the plant affects human physiology.

We will explain some of the best-studied benefits of Polygonum multiflorum in more detail below.

The plant’s Chinese name, he shou wu, can be translated as “(Mr.) He’s hair is black.” According to legend, a sickly, prematurely white-haired man named He Tian happened across the plant after seeing it in a drunken dream. He decided to pick the plant and take it as a supplement. After consuming its roots for one year, he became much stronger, and his hair regained its color. 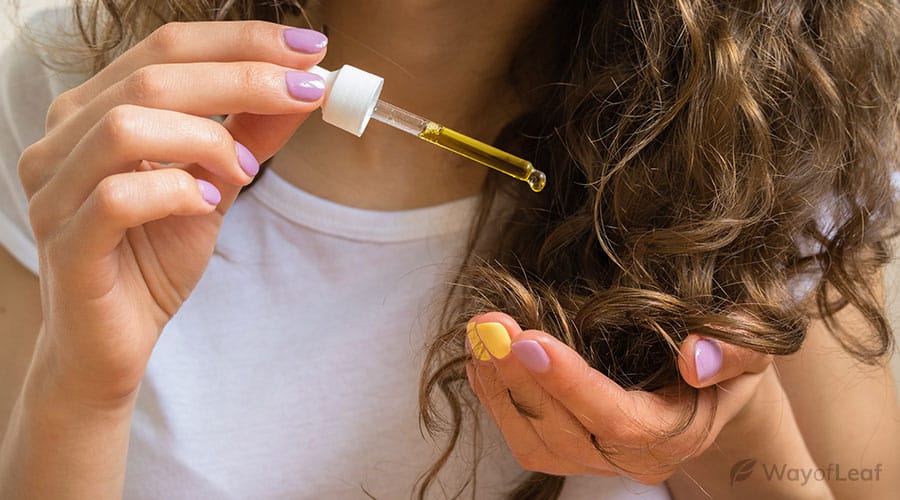 The legitimacy of this story is up for debate. However, preventing graying hair and stimulating growth are among the most traditional Polygonum multiflorum uses. Extracts can be taken by mouth or applied topically to promote thick and healthy-looking hair.

A 2015 study investigated the effect of topical Polygonum multiflorum on mice whose fur had been decolorized using hydrogen peroxide. The researchers found that the extract increased the production of melanin (the pigment responsible for hair coloring) and reversed the hydrogen peroxide effects.

The researchers tested the extract on human dermal papilla cells, which play a crucial role in the hair growth cycle. They found that it increased cell viability in a dose-dependent manner.

The researchers also suggested that the extract could have anti-androgenic effects. This is significant because androgens play a major role in male-pattern hair loss.

Many people also praise Polygonum multiflorum for its anti-aging effects. This is usually attributed to the plant’s powerful antioxidant activity.

A 2018 study investigated the effects of a Polygonum multiflorum extract on Caenorhabditis elegans, a type of nematode. Although it is a simple creature, C. elegans is considered a model organism for studying animal development, with surprisingly similar genetics to humans.

The research showed that Polygonum multiflorum significantly increased the nematodes’ resistance to oxidative stress. Moreover, treated C. elegans lived an average of 21.5 days, compared with just 18.1 days in the control group. These results suggest the treatment could increase lifespan by 18.6%.

A 2019 study indicated that Polygonum multiflorum could also attenuate age-related changes in fat metabolism. Mice were treated with a chemical called D-galactose to induce a model of accelerated aging. The animals displayed reductions in several essential fatty acids that have vital roles in maintaining health. However, Polygonum multiflorum reversed these reductions.

Aging is often associated with a decline in cognitive function and neurodegenerative disorders, such as Alzheimer’s disease.

The precise causes of Alzheimer’s disease are still unclear. However, it seems that an accumulation of proteins known as amyloid-beta in the brain is a significant contributor. People with the condition also have reduced levels of a neurotransmitter called acetylcholine. Together, these factors impair nerve transmission and cause memory deficits and behavioral changes.

Studies on mice suggest that Polygonum multiflorum may help. It inhibits acetylcholinesterase (the enzyme that breaks down acetylcholine) and reduces amyloid-beta formation. It has also been shown to enhance memory and learning in various animal models.

A 2020 study found that TSG, in particular, increased cell viability and decreased membrane damage in amyloid-beta and hydrogen peroxide treated nerve cells. The researchers suggested that these effects were due to anti-inflammatory and neuroprotective effects. The compound also appeared to increase the expression of neurotrophic factors to promote new cell growth.

As we mentioned earlier, Polygonum multiflorum has been linked with multiple cases of liver toxicity. The first reports emerged in 1996 in Hong Kong, and many more cases have since come to light. 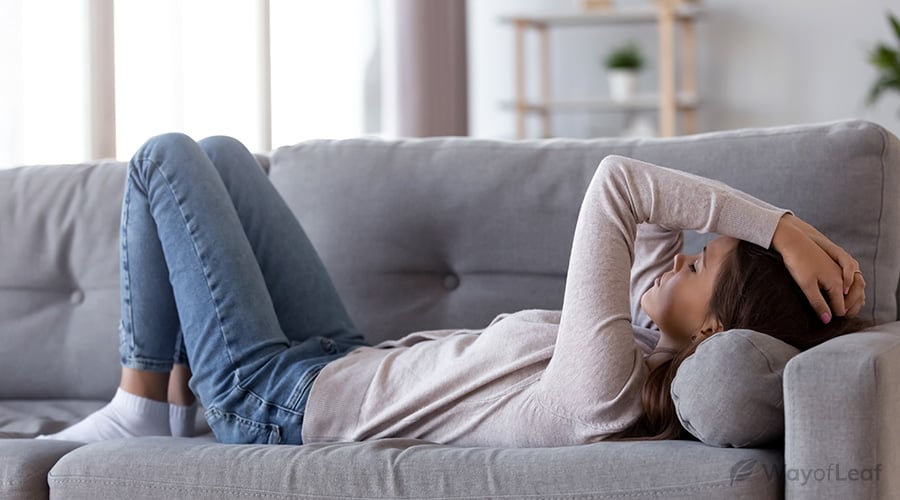 Liver damage can occur from within a few days to several months of use. The symptoms resemble acute hepatitis, including:

Not everyone experiences these side effects, and it is unclear exactly why they occur in some individuals and not others. Excessive dosages and low-quality products may play significant roles (see below).

Some people recover from Polygonum multiflorum side effects once they stop taking the product. However, others may require liver transplantation, and, in some instances, liver damage may prove fatal.

In any case, Polygonum multiflorum is not considered suitable for long-term use. Furthermore, we strongly recommend interested parties carefully weigh the benefits against the risks, and consult a physician for further advice and monitoring.

Individuals with personal or family histories of liver disease should not use this herb.

The most traditional method of preparing Polygonum multiflorum is simmering the root in water to create a water extract or decoction. However, doing so is time-consuming and can make accurately measuring the dosage challenging.

Therefore, many people prefer capsules, which are easy to consume and provide a pre-measured amount each time. Powders and liquid extracts are also available, as are topical products designed specifically for issues like hair loss.

When choosing a product, it is essential to be well informed. Processed Polygonum multiflorum is thought to be less toxic than its unprocessed counterpart. Therefore, it is best to seek supplements that contain the former; If the company details its processing methods and provides laboratory reports, all the better.

Polygonum multiflorum goes by many names in the supplement industry. It’s vital to find a safe extract that is non-toxic.

Lab reports will also help determine whether a product is free of contaminants like heavy metals, pesticides, and other toxins. This is essential as these harmful chemicals may increase the risk of liver damage.

Perhaps most importantly, choose a well-established brand that is known to be reliable. There have been reports of other plant species being sold as Polygonum multiflorum in the past. Some unscrupulous sellers have also been known to stain the unprocessed roots with dye to make them look as if they have been processed!

Due to the risk of toxicity from low-quality products, extreme caution is advised.

Due to the risk of liver damage, people should take the lowest effective Polygonum multiflorum dosage for the shortest duration possible.

In 2005 and 2014, the China Food and Drug Administration issued new guidelines on using Polygonum multiflorum supplements. It stated that the daily dosage should not exceed 1.5g for unprocessed products and 3g for processed products.

Furthermore, they advised that anyone taking these supplements should only do so under close medical supervision. Consumers should undergo regular screenings to monitor their liver function while using this herbal remedy and stop taking it immediately if abnormalities occur.

Polygonum multiflorum, commonly known as he shou wu or fo-ti, is an ancient herbal remedy that remains popular today.

It has numerous potential benefits, including possible antioxidant, anti-aging, and neuroprotective effects. Unfortunately, much of the evidence relates to laboratory and animal studies, and human clinical trials are lacking.

Moreover, there is a strong association between this plant and drug-induced liver toxicity. Therefore, anyone considering a Polygonum multiflorum supplement should seek medical advice and opt for a safer alternative whenever possible.

To learn more about some ancient Eastern herbal remedies with a better safety profile, check out the following articles: