Marshmallow is a medicinal plant that has been used worldwide for many years. Its roots, leaves, and flowers all contain active compounds that can impact human health in various ways.

Marshmallow root extracts are among the most popular remedies and are traditionally used for relieving coughs and throat irritation. Meanwhile, marshmallow flowers could benefit the digestive tract, and their use is widespread throughout the Middle East. Other possible uses include alleviating skin conditions and inflammation.

This article will explore some of the latest research on marshmallow to determine whether it is genuinely effective. We will also look at the potential side effects and how to choose the best marshmallow supplements.

Marshmallow (Althaea officinalis) is a perennial plant native to Europe and Asia. It has been widely cultivated for centuries and now grows throughout these continents and in parts of the Americas.

The plants are 2-4 feet tall, with thick, woody stems, broad leaves, and five-petaled flowers that range from whitish to reddish pink. They have long, thick roots (often over a foot long) that are covered with smaller rootlets.

The root is often used to make medicine, although the flowers and leaves may also have healing properties.

How Does Marshmallow Work?

Mucilage is responsible for many of marshmallow’s potential benefits. It is composed of highly-branched carbohydrates and forms a protective coating over surfaces such as mucous membranes. Therefore, mucilage has a soothing effect and may be helpful for conditions such as dry coughs and stomach ulcers.

Humans have used marshmallow as medicine since ancient times. Its most common traditional uses include treating coughs and sore throats, digestive issues, and skin conditions. We will explore the latest research on the benefits of marshmallow below.

Treating coughs is one of the most traditional marshmallow’s uses, and it is a common ingredient in herbal cough syrup.

A 2007 study investigated. It involved 60 participants who had a persistent cough due to medication known as angiotensin-converting enzyme (ACE) inhibitors. ACE inhibitors are routinely prescribed for high blood pressure and heart problems. Dry coughs are a common side effect and occur in around 5–39% of patients. 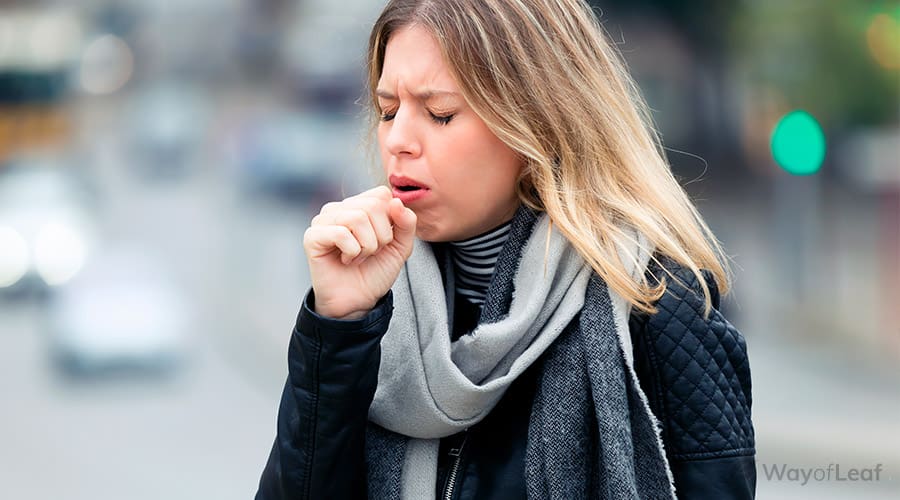 The participants took 20 drops of marshmallow extract (40mg) or a placebo three times daily for four weeks. At the end of the treatment period, those taking the extract had significantly improved self-reported cough scores compared to the control group. Furthermore, 8/30 participants in the marshmallow group fully recovered, compared with just 1/30 in the control group.

Another common reason people use marshmallow is to protect the lining of the stomach and reduce the risk of ulcers.

In a 2019 study, researchers found the plant had promising anti-ulcer effects. They pre-treated rats with marshmallow flower extract or conventional anti-ulcer medicines before using a drug called indomethacin to damage their stomachs. 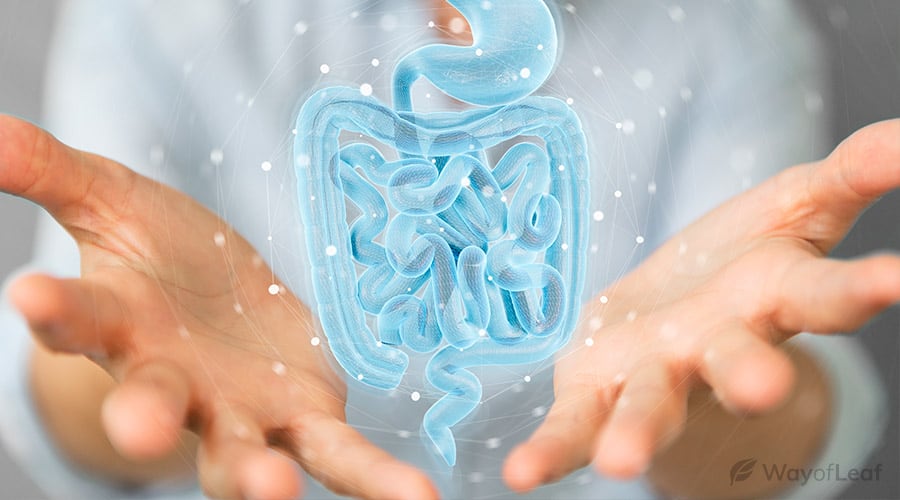 Indomethacin belongs to a class of medicines known as non-steroidal anti-inflammatory drugs (NSAIDs). One of the main side effects of NSAIDs is gastric irritation, and long-term use can lead to stomach ulcers.

The study showed that pre-treatment with the marshmallow extract provided similar protective effects to the conventional treatments. It helped increase a beneficial substance known as mucin in the stomach, decrease acidity, and reduce inflammation.

The study’s authors suggest these benefits are due to the combination of mucilage and flavonoids in marshmallow. Further study is warranted to explore whether the results can be replicated in humans.

A 2020 study investigated the anti-inflammatory properties of a commercial marshmallow product known as Phytohustil®. The results showed that the product inhibited the release of a pro-inflammatory chemical called interleukin-6 (IL-6).

Moreover, its anti-inflammatory effects were comparable to diclofenac, a commonly prescribed NSAID. This is significant because, as we mentioned earlier, NSAIDs can cause side effects like gastric irritation and ulcers. Therefore, marshmallow could provide a gentler alternative.

However, it is crucial to note that the above was a laboratory study rather than a clinical trial. Further research is required to determine how well marshmallow works as an anti-inflammatory in the human body.

Marshmallow’s anti-inflammatory properties could also make the herb useful for soothing skin. Its traditional uses include wound healing (for burns and bites) and treating conditions like eczema.

A 2021 study compared a topical marshmallow preparation to a steroid ointment in patients with atopic eczema. Topical steroids are the first-line treatment for this condition, and they tend to be quite effective. However, long-term use sometimes leads to side effects such as discolored or fragile skin.

The participants applied the steroid to their left side and either marshmallow or a placebo to their right. After two weeks of application, the steroid proved superior. However, after four weeks, the marshmallow and steroid creams had comparable therapeutic effects.

Marshmallow appears to be relatively safe with a low risk of side effects. However, experts have hypothesized that it could cause drug interactions due to its high mucilage content. The theory is that it could coat the digestive tract and slow down the absorption of other medicines. 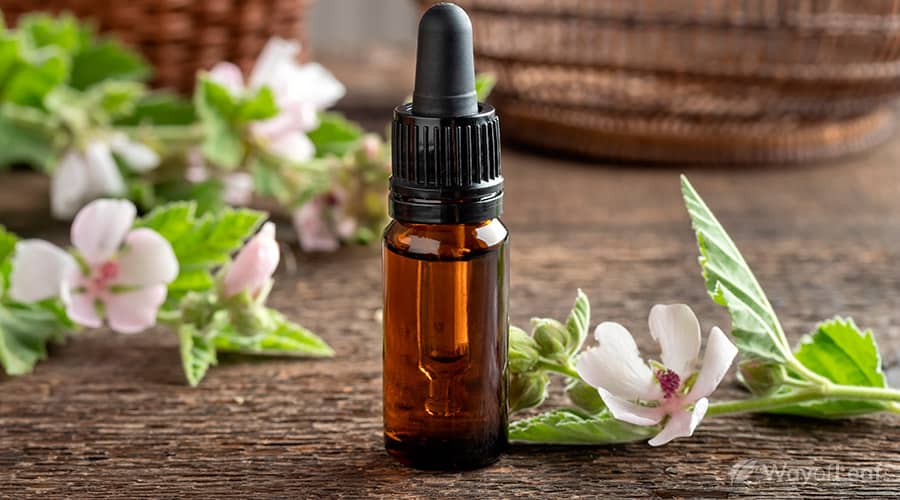 Furthermore, an isolated report describes an infant developing respiratory complications after taking marshmallow. It is unclear whether the marshmallow directly caused the issue. However, it is recommended that children aged 0–3 do not take marshmallow as a precaution.

Finally, some of the compounds in marshmallow could affect blood sugar control and thyroid function. Therefore, individuals with pre-existing medical conditions should consult a physician before using this remedy.

There are many different marshmallow products on the market. Marshmallow root tea and cough syrups are among the most popular varieties. Many companies sell these products, either containing marshmallow alone or combined with other herbs.

Although marshmallow is generally considered safe, the dietary supplements market is poorly regulated. Therefore, some products could be low-quality or contain contaminants like pesticides or heavy metals.

When buying any herbal remedy, it is vital to research the options and purchase from a reliable company. Choose a certified organic brand as a bare minimum, and look for lab reports that confirm each product’s contents.

Customer reviews are another way to discover whether a brand is legitimate and if there have been previous issues.

There is no standard marshmallow dosage, and the required amount will depend upon the individual and their reason for using it.

For best results, consumers should follow the guidelines on their product’s packaging and not exceed the maximum daily dose.

The Bottom Line on Marshmallow

Marshmallow is an herbal remedy that has been used for centuries to treat coughs, digestive issues, and more. Modern research suggests that it has powerful antioxidant and anti-inflammatory properties and could benefit patients with coughs, eczema, and stomach problems.

Although it appears to be relatively safe, it is best to seek medical advice before using a marshmallow supplement for the first time. This is especially important for people with pre-existing conditions and those who take other medicines.