Ginseng is a popular herbal medicine that humans have used for centuries to boost memory, concentration, and stamina. Meanwhile, many people consume caffeine daily for its energizing, stimulant effects. But is one better than the other in terms of effectiveness or safety?

We dive into the ginseng vs. caffeine debate to find out.

There are some similarities between caffeine and ginseng. However, there are some key differences too. Let’s take a closer look. 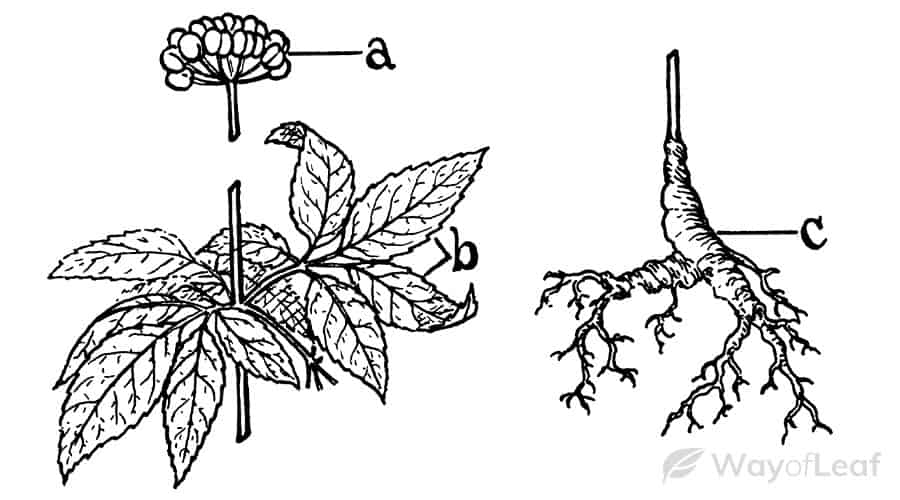 When people discuss ginseng, they are usually referring to the Asian variety. The terms red and white ginseng both apply to Asian ginseng and describe different preparation methods.

Ginseng is popular in Chinese medicine, which considers it a general tonic with various uses.

Ginseng is popular in Chinese medicine, which considers it a general tonic with various uses. Modern herbalism usually classifies it as an adaptogen. These are herbs that help maintain a state of homeostasis (balance) and increase environmental stress resistance.

People traditionally use ginseng for the following reasons:

There is not enough evidence to support many of these uses. However, there is research suggesting that ginseng’s active compounds have the following properties:

Experts also suggest that it has neuroprotective effects and could reduce the risk of neurodegenerative conditions like Alzheimer’s, Parkinson’s, and Huntington’s diseases.

Caffeine is an alkaloid compound that occurs naturally in around 60 different plant species. The most famous of these are coffee and tea. It is also possible to manufacture caffeine synthetically. The human-made version is a common ingredient in energy drinks and performance-enhancing supplements. 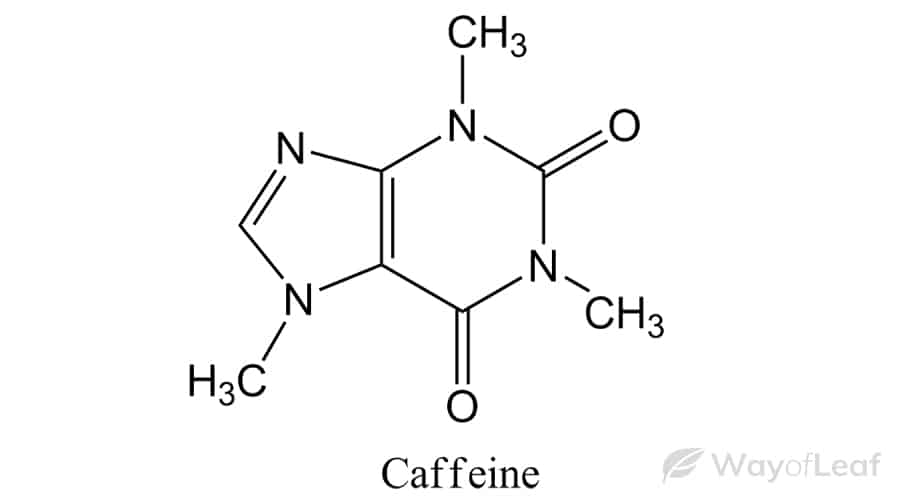 Caffeine is extraordinarily popular. Worldwide, an estimated 1.6 billion cups of coffee alone are drunk every single day. The main reason for this is caffeine’s stimulant properties, including:

In appropriate amounts, caffeine may also have neuroprotective properties. Therefore, like ginseng, it could offer some protection against neurodegenerative diseases.

However, excessive caffeine consumption could lead to dependence and withdrawal symptoms, such as headaches. It could also cause a range of other adverse effects, which we will discuss later on.

Although ginseng and caffeine have somewhat similar effects, the two substances are unrelated.

Ginseng contains a variety of active compounds, primarily ginsenosides. There are approximately 50 different ginsenosides, all of which have different structures. The herb also includes the following substances, accounting for its many diverse uses:

Ginseng appears to primarily act upon the cholinergic system. This is a component of the nervous system associated with vigilance, memory, and the sleep-wake cycle, among other functions.

One of the ways ginseng affects this system involves altering the release of neurotransmitters acetylcholine and glutamate. This mechanism explains the herb’s potentially neuroprotective effects.

Meanwhile, caffeine acts upon the cardiovascular and central nervous systems. However, its primary mechanism of action involves binding with adenosine receptors in the brain.

Which is best for you? …

When the neurochemical adenosine binds with these receptors, it slows down nervous system activity. However, caffeine acts as a competitive antagonist, meaning it blocks the receptors and prevents this from happening. Therefore, it increases nerve signals in the brain.

Caffeine may also influence several other neurotransmitters’ release, including dopamine, norepinephrine, and glutamate.

Supplements with Ginseng & Caffeine: Safety and Side Effects

Since caffeine and ginseng have complementary effects, many performance-enhancing supplements contain both. While these supplements are generally considered safe, there are some potential side effects to be aware of.

Ginseng’s side effects include:

It may also interact with several different medications, including anti-diabetic drugs, blood pressure medicines, statins, antidepressants, and more. Therefore, individuals with pre-existing medical conditions or those taking other medication should consult a physician before use. 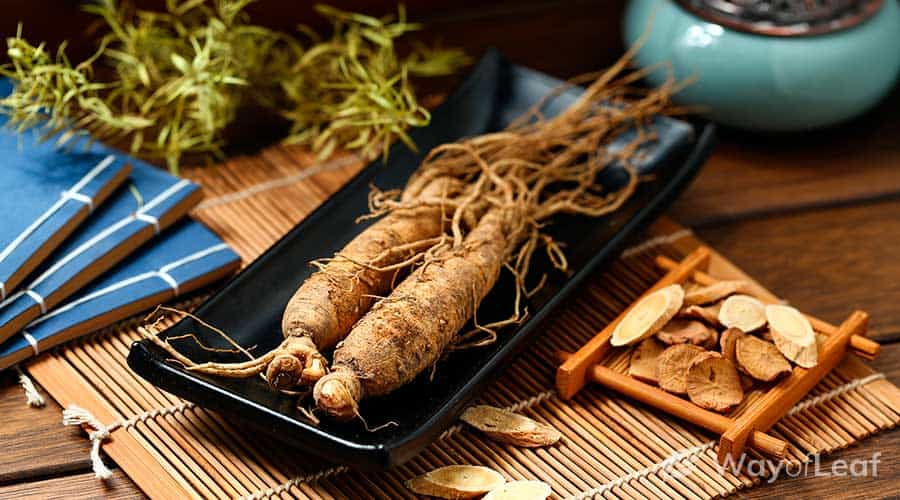 Overconsumption of caffeine may also cause side effects. They include:

In extremely high doses, caffeine could cause seizures and even death. The FDA recommends consuming no more than 400 mg daily, equal to 4–5 standard cups of coffee. Therefore, it is essential to limit one’s intake of this substance and use caffeine supplements with caution.

Both caffeine and ginseng have long histories as cognitive and performance enhancers. And while scientific evidence is limited, it seems that both have potential benefits. However, it is critical to treat these substances with respect and keep within the recommended doses. Individuals should also consult a physician before starting any supplement regime.

Both caffeine and ginseng have long histories as cognitive and performance enhancers.

It is difficult to say that one is better than the other, as both have their advantages and disadvantages. Although ginseng has a greater variety of uses, not all of these are scientifically proven. Let us know what you think about caffeine vs. ginseng in the comments.

Looking for a natural energy boost? Read our in-depth article below to find out whether CBD could be the solution: