Bacopa monnieri, also known as Brahmi, is a plant that is becoming known for its potential influence on brain health. Proponents of the herb claim that it can boost memory and attention among a host of other benefits. This article explores the current research to discover whether it is genuinely effective.

What Is Bacopa Monnieri?

Bacopa monnieri, or water hyssop, is a small plant that is native to the wetlands of India and Australia. It also grows in parts of East Asia and the USA. It is a creeping perennial with oblong-shaped leaves and purple flowers.

Bacopa has gained a lot of attention over the past few decades. However, it is by no means a new discovery. The traditional Indian healing system of Ayurveda has held the plant in high regard for centuries.

In Ayurvedic medicine, bacopa is known as Brahmi, and it is considered a Medhya Rasayana, or mental rejuvenator. Reportedly, ancient Vedic scholars would take bacopa to aid them in memorizing lengthy sacred texts and hymns. 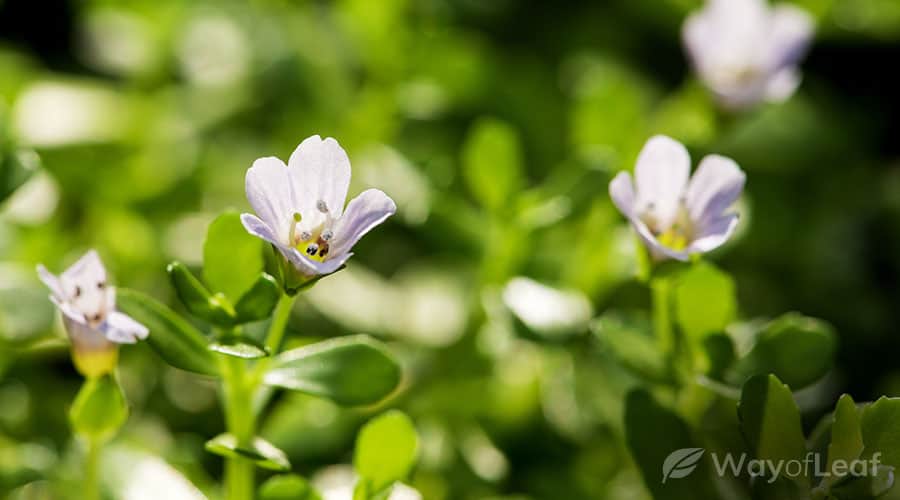 More recently, the Indian government has invested significant resources into researching bacopa and its benefits. As a result, it is now one of the best-studied herbal medicines in terms of its mechanism of action.

People use the whole bacopa plant medicinally, and it is rich in therapeutic compounds. Chemicals called bacosides are among the most important active components. It also contains alkaloids, flavonoids, amino acids, and more.

In fact, scientists have identified at least 52 biologically active molecules in bacopa to date. They believe that these chemicals interact with around 780 different targets within the human body. Therefore, the plant has a broad range of potential benefits.

Although its uses are varied, the best known Bacopa monnieri benefits include improving memory and cognition. Many people classify it as a nootropic, a substance that enhances various aspects of mental function.

The brain has an innate ability to forge new connections and pathways, a phenomenon known as neuroplasticity. One of the chemicals essential to this process is a protein called brain-derived neurotrophic factor (BDNF). It appears that bacopa impacts BDNF expression, possibly accounting for its nootropic effects.

A significant amount of research already exists regarding bacopa’s influence on brain health, cognition, and memory.

Research has also demonstrated that the plant’s bacosides have neuroprotective properties. This has led experts to suggest it may help treat neurodegenerative disorders like Alzheimer’s disease.

A significant amount of research already exists regarding bacopa’s influence on brain health, cognition, and memory. However, the results are somewhat mixed. We will discuss a few examples below.

Bacopa for Memory and Cognition

The researchers found that those in the two bacopa groups displayed enhanced working memory and power of attention. Furthermore, the improvement in working memory persisted for up to four weeks after discontinuing treatment.

A 2016 study investigated bacopa’s effects on memory in second-year medical students. The participants took 150mg of Bacopa monnieri extract or a placebo for six weeks.

Those in the bacopa group performed better in tests designed to assess attention, freedom from distractibility, working and logical memory, and language comprehension. However, these were just a small sample of the tests included in the study. The remainder did not appear to be influenced by bacopa administration.

More recently, a 2021 study focused on older adults aged 55 and over. The participants undertook cognitive training for three hours weekly for a total of 12 weeks. During this period, 15 participants took 320mg of bacopa extract daily, while 13 took a placebo.

The study’s results were mixed. They showed that participants in the bacopa group had slower reaction times in specific tests than the control group. However, their accuracy was increased, leading the researchers to hypothesize that they had traded speed for precision.

The authors also noted several limitations to the study. For example, those in the control group were younger and had a higher average IQ than those in the bacopa group. The small sample size also means that further research is necessary to confirm the trial’s findings.

Alzheimer’s disease is a neurodegenerative disorder that tends to affect older adults. Its precise causes are still unknown. However, scientists believe that a build-up of proteins known as beta-amyloid and tau plays a major role. Other possible factors include damage to nerve cells and blood vessels in the brain.

A 2017 review suggests that bacopa may help to reduce the accumulation of beta-amyloid proteins. It also appears to be a powerful antioxidant, acting to protect nerve cells from oxidative stress. Other possible benefits include increasing blood flow to the brain and regulating essential neurotransmitters like acetylcholine.

A 2011 study investigated the effects of bacopa in 39 patients with early Alzheimer’s disease. They took 300mg of standardized extract twice daily for six months.

By the end of the trial, the patients demonstrated improvements in various Mini-Mental State Examination Scale (MMSES) components. They included orientation of time, place, and person, attention, and language comprehension. The participants and their carers also reported improved quality of life and memory power and reduced irritability and sleeplessness. Some also experienced positive behavioral changes.

Unfortunately, due to the small sample size and lack of a control group, these results are not particularly reliable. Therefore, further research into bacopa for Alzheimer’s disease is warranted.

A 2013 review suggests that bacopa has low toxicity but may cause adverse reactions in some people. Some of the most commonly reported Bacopa monnieri side effects include:

In animal studies, it has also been shown to reduce food intake leading to weight loss and cause reversible infertility. Therefore, anyone trying to conceive may wish to avoid taking this supplement.

According to the same review, standard experimental Bacopa monnieri doses can range between 150mg and 3000mg daily. The precise dosage will depend upon various factors, including the consumer’s age, general health, and reason for use. 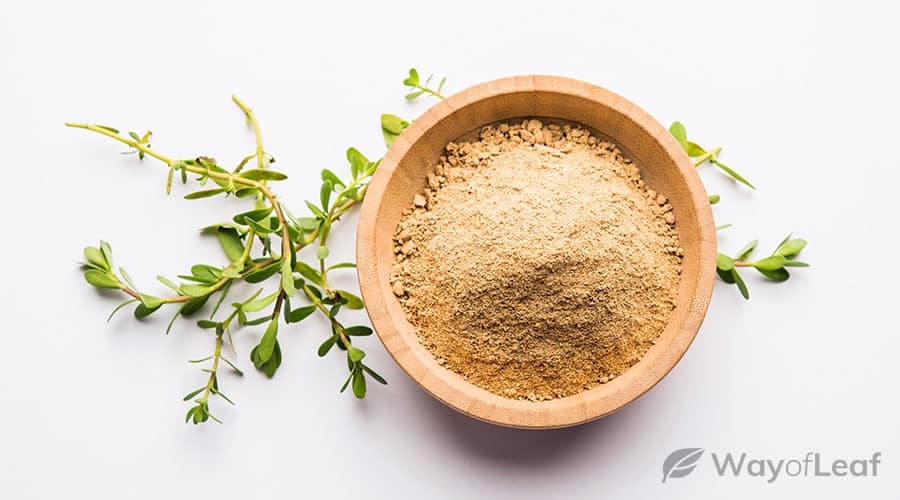 Consumers should take bacopa supplements according to the directions on the product’s label or consult a healthcare professional for guidance.

How to Take Bacopa

There are a few ways to take Bacopa monnieri.

One traditional method involves extracting its juice and adding it to ghee to make a product called Brahmi Ghrita. Another involves grinding the herb to a powder or Churna. People typically take 1–2g of either product each day.

As with all supplements, consumers should choose their bacopa products carefully.

Nowadays, people tend to prefer bacopa tablets as they provide a more convenient consumption method. As with all supplements, consumers should choose the brand carefully and look for organic products that come with third-party lab reports.

As for the best time to take bacopa, most of the studies listed above involved taking it once or twice a day. Since many people use it as a cognitive enhancer, it may be best to take it in the morning. However, there is currently no clinical evidence suggesting that taking it at one time is better than another.

Bacopa’s LD50 in rats is 2400mg/kg. This is the Bacopa monnieri dosage required to produce lethal results in 50% of experimental animals.

Assuming the same figure applies to humans, a person weighing 70kg would have to take 168000mg (168g) of bacopa to cause a fatal overdose.

Therefore, the herb should be safe for short-term use at moderate doses. However, studies on the toxicity of long-term bacopa supplementation are lacking.

Ayurvedic medicine has lauded various Bacopa monnieri benefits for centuries, its most common uses including improving memory and focus. Modern research is also showing that bacopa could be helpful as a cognitive aid. However, further study is necessary as the results have been somewhat mixed to date.

The plant appears to be relatively safe, but it can cause side effects in some individuals. Therefore, anyone considering taking Bacopa monnieri should consult a healthcare provider to ensure it is suitable for them.

Looking for a natural way to boost mood, memory, and mental function? Check out the following options: