Psychedelic mushrooms are considered relatively safe and even appear to have therapeutic potential. However, as the psilocybin revolution ramps up, a strange and unpleasant side effect has come to light; wood lovers paralysis.

These fungi have been known to cause a temporary state of “mushroom paralysis,” including muscle weakness and loss of motor control. In some cases, people have reported being completely paralyzed by these mushrooms.

While the symptoms usually resolve within 24 hours and do not appear harmful, they can be extremely frightening. They could also increase the risk of injury if they occur unexpectedly while out in public.

Therefore, anyone considering using wood lovers should be aware of this potential pitfall and take the necessary precautions. This article explains all about wood lovers paralysis, its symptoms, and possible causes. Read on for our complete guide.

What Is Wood Lovers Paralysis?

P.azurescens, P. cyanescens, and P. subaeruginosa are thought to be the main culprits. However, there have been reports of WLP occurring after consuming P. allenii, P. stuntzii, P. pelliculosa, and P. ovoideocystidiata. 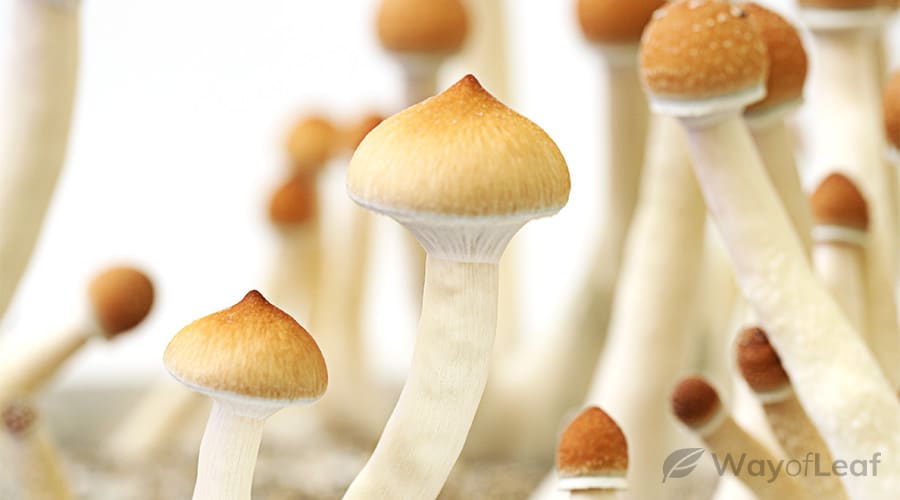 All of these mushrooms have something in common: they grow on wood, hence the term wood lovers paralysis. It has not been reported for species that grow on alternative substrates, such as P. cubensis.

WLP has not been researched thoroughly, and its causes remain something of a mystery. There are several theories, which we will discuss in detail later. But first, let’s look at the most common symptoms of wood lovers paralysis.

As we have mentioned, WLP is not well studied, and we still have a lot to learn. However, numerous anecdotal reports on forums such as Shroomery and Reddit describe its effects.

Muscle weakness and a lack of motor control are the most common symptoms. People who have experienced WLP often say that their legs gave way or they lost the ability to use their hands.

WLP can also affect the facial muscles, causing drooping, distortion, and speech or eating difficulties. Some people also report blurred vision or crossing of the eyes.

The curious thing about WLP is that it usually occurs 4–6 hours into the trip or even the following day. The mushrooms’ psychedelic effects are already beginning to subside by this point. The symptoms usually resolve completely within 24 hours or less.

To summarize, the key symptoms of WLP are:

WLP should not be confused with mushroom “body load,” which can cause heavy sensations in the limbs but not paralysis.

There are various suggestions regarding what causes WLP but, so far, none of them have been proven. What we do know is that the risk of WLP increases with higher doses, usually over 2–3g. 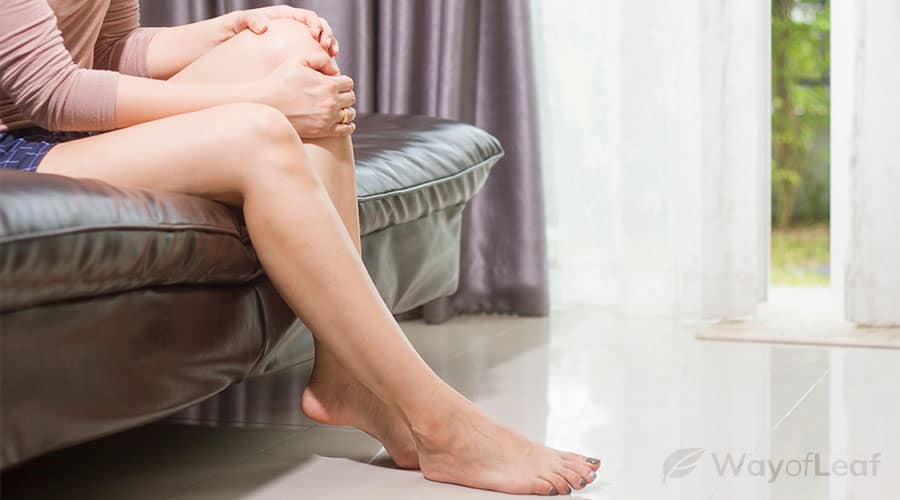 Here are some of the most popular theories surrounding WLP.

Some people have suggested that dosage is the only cause of WLP. Wood-loving magic mushrooms are among the strongest around, and a single dose is likely to contain more psilocybin than the same amount of P. cubensis, for example.

However, there are reports of people taking extremely high P. cubensis doses without experiencing any mushroom paralysis. Therefore, psilocybin content alone seems unlikely to be responsible for WLP.

Another theory is that a histamine-type reaction is the cause of WLP. It stems from some people claiming that the antihistamine diphenhydramine (Benadryl) helped relieve their WLP symptoms.

Histamine is a central signaling molecule in the human body. It plays a crucial role in our immune, digestive, and nervous systems. Significantly, histamine receptors can inhibit the release of several other neurotransmitters, including dopamine and acetylcholine.

These two chemicals work closely to control motor function. Alterations in their ratios have been associated with movement disorders like Parkinson’s and Huntington’s diseases.

Could it be that an unknown reaction with histamine receptors causes WLP? It is certainly an interesting theory, and we hope to see it investigated soon.

Most people associate magic mushrooms with psilocybin. However, they contain various other psychoactive compounds too. They vary depending on the species, but some examples include:

It has been suggested that aeruginascin is the chemical responsible for WLP. The reason for this lies in its molecular structure.

It is very similar to the structure of psilocybin, except for the presence of an extra methyl (CH₃) group. People have compared this to the difference between two other psychoactive chemicals, bufotenine and bufotenidine (from Bufo alvarius toads).

All four of these compounds are tryptamines and share a similar structure with serotonin. Therefore, they bind with serotonin receptors in the brain.

Psilocybin and bufotenine lack the additional methyl group and primarily bind with receptors known as 5HT2A, producing psychedelic effects. Meanwhile, bufotenidine has an extra methyl group (like aeruginascin) and binds with 5HT3A receptors instead.

Of course, it may be that aeruginascin or another compound causes WLP via an as yet unexplored mechanism. It is clear that far more study is required before we fully understand mushrooms’ complex biochemistry and how it affects the body.

Wood lovers are difficult to cultivate indoors, so people usually harvest them in the wild. This has led to perhaps the most feasible theory regarding WLP.

Wild mushrooms are exposed to the elements and, therefore, are highly likely to be contaminated somehow. The particular contaminant is up for debate, however.

Some have proposed botulism, although this seems unlikely since the symptoms are relatively short-lived. Furthermore, the symptoms of botulism often include nausea, vomiting, and diarrhea, which do not occur with WLP.

Another suggestion is black rot, which seems to affect wood-loving fungi frequently. Indeed, wild mushrooms such as P. cyanescens often take on a slimy, blue-black appearance as they age.

It should go without saying that it is never a good idea to eat mushrooms past their best. However, inexperienced foragers could possibly mistake this black rot for the normal bluing reaction that some Psilocybe mushrooms display.

It is also possible that outdoor mushrooms might have been sprayed with chemical pesticides, herbicides, or fungicides. Could it be these products that are causing the paralysis rather than the mushrooms themselves?

The contamination theory seems plausible and would explain why WLP does not affect everyone who consumes wood lovers. However, once again, more research is necessary to either prove or disprove this hypothesis.

Wood lovers paralysis is a mysterious side effect that sometimes occurs after consuming certain magic mushroom species. Little is known about its causes, although there are several credible hypotheses.

WLP does not appear to be particularly harmful, but there have been no clinical studies into its long-term effects yet. Moreover, it could be distressing or even dangerous if it occurs unexpectedly in an uncontrolled environment.

We would like to remind our readers that harvesting and consuming psychedelic mushrooms is still illegal in most places. However, individuals who decide to proceed should consider avoiding wood-loving species if possible and take additional precautions where necessary.