Medically reviewed by Lynn Marie Morski, MD, Esq.
Written by Natalie Saunders, B.A., LicAc
4 min
0 comments
Read Later
The following is for informational purposes only. WayofLeaf does NOT advocate the illegal sale, use, or possession of any psychedelics. Be sure to research, understand, and follow all laws and regulations relating to the use and possession of psychedelics in the state or region you live.

Hallucinogens, sometimes known as psychedelics, are substances that cause an altered state of perception.

They are perhaps best known as recreational drugs, but the situation is steadily changing. New research is shedding light on psychedelics’ therapeutic benefits, and more people are becoming interested in their full range of uses.

So, why do people use hallucinogens? Here are some of the most common reasons.

Why Do People Take Hallucinogens?

Hallucinogens’ effects vary slightly from substance to substance. However, most of them cause a combination of sensory distortion, altered thinking patterns, and heightened emotions. These drugs can temporarily transport an individual to another level of consciousness. For this reason, taking hallucinogens is often referred to as a ‘trip.’ 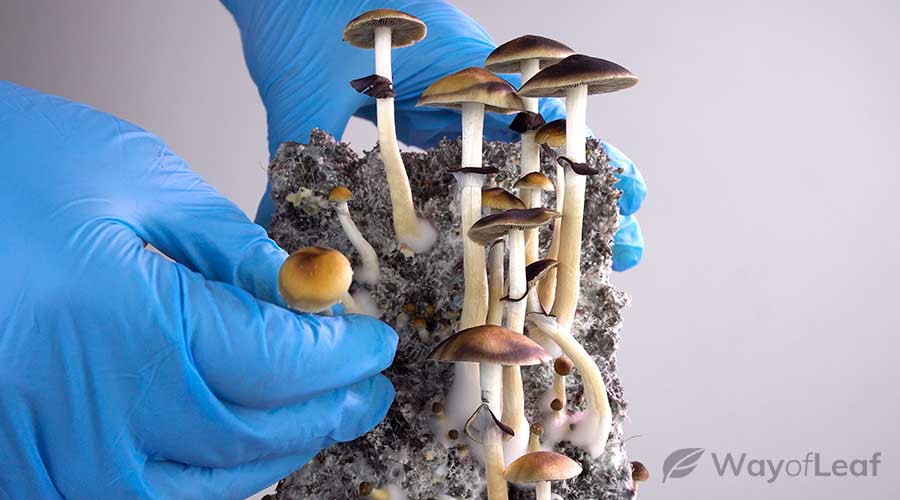 Although tripping can be intense and sometimes overwhelming, many people enjoy the experience. Others may not relish the effects of hallucinogens but endure them for their spiritual or therapeutic impact.

Here are some of the most common reasons for using hallucinogens.

Scientists first became interested in the medical uses of hallucinogens in the 1950s. At this time, most research was on lysergic acid diethylamide (LSD) and how it affected the brain. Thousands of studies emerged throughout the 50s and 60s, and the substance showed promise for treating various psychological disorders. However, research halted when psychedelics became illegal in 1970.

Fortunately, in the 1990s, studies resumed in response to the lack of effective treatments for specific conditions. This time, many researchers focused on psilocybin, the active chemical in magic mushrooms. So far, the studies suggest that it could help a range of issues, including anxiety, addiction, and depression.

While hallucinogens remain illegal in the majority of places, some areas have now decriminalized their use. It seems that officials are taking note of the evidence and recognizing these mind-altering substances’ therapeutic potential.

The spiritual use of hallucinogens dates back thousands of years. Humans have used psychoactive plants and fungus throughout history, often in a religious or ritualistic context. These substances can induce a mystical experience, making individuals feel more connected to other people, nature, and their higher self.

Some people use the term ‘entheogen’ to describe certain hallucinogens. The word derives from ancient Greek and translates roughly to ‘possessed by God,’ or ‘God within.’

Many people still use psychedelic plants and their extracts in religious settings. Prime examples include ayahuasca and peyote. The hallucinogenic component of ayahuasca, N, N-dimethyltryptamine (DMT), has even received the nickname The Spirit Molecule.

Recreational Use of Hallucinogens

Others use psychedelics purely for recreational purposes. They may enjoy the enhancement of colors and music or the social effects of hallucinogens.

These substances can often induce a sense of euphoria and happiness. However, because psychedelics tend to amplify whatever mood a person is in, there is always the danger of having a challenging experience.

It is crucial to prepare appropriately before taking hallucinogens.

Therefore, it is crucial to prepare appropriately before taking hallucinogens. This includes adopting a positive mindset and finding a safe and comfortable environment in which to use them. It is advisable to only take these drugs in the company of trusted friends or, better still, a trained professional.

One person should preferably remain sober to provide support and ensure the user’s safety during the trip.

Many people also enjoy the creative burst that can sometimes accompany psychedelic use. Hallucinogens have inspired famous artists, poets, and musicians throughout the ages.

When thinking about psychedelic art, one might immediately picture the swirling colors and distorted text of 70s posters and album covers. Other themes include fractals and kaleidoscopic images. Many modern artists have also replicated these ideas.

Some of the best-known artists that have drawn inspiration from hallucinogens include Alex Grey and Pablo Amaringo. The former is famed for his trippy depictions of the human form that have graced album covers for bands including Nirvana, Tool, and Meshuggah. The latter primarily produces work relating to his experiences with ayahuasca.

Therapeutic Use of Hallucinogens

Now that psychedelics’ benefits are becoming more renowned, some are opting to use them as an adjunct to therapy. The therapeutic effects of hallucinogens include inducing a sense of openness and providing a shift in perspective.

Many people say that they have gained greater insight into personal issues after using hallucinogens.

Many people say that they have gained greater insight into personal issues after using these drugs. Others have used them to combat long-standing mental health issues. To achieve the most from psychedelic use, it is best to take them under professional supervision as part of an ongoing therapy program. It is also essential to take time to integrate the experience afterward.

Current research into psychedelic-assisted therapy includes the use of psilocybin for tobacco addiction and MDMA for PTSD.

The most common hallucinogens include:

Some other, less frequently used substances that cause hallucinations include:

Many other substances may also cause hallucinations. Some cannabis strains may even have psychedelic effects in high enough doses.

How Do Hallucinogens Work?

The question of how hallucinogens work depends upon the type. Experts classify many of these substances as classical psychedelics. The group includes:

All of these drugs act upon serotonin receptors in the brain. They appear to alter how neurons (nerve cells) communicate with one another, although their exact mechanism is still under investigation. 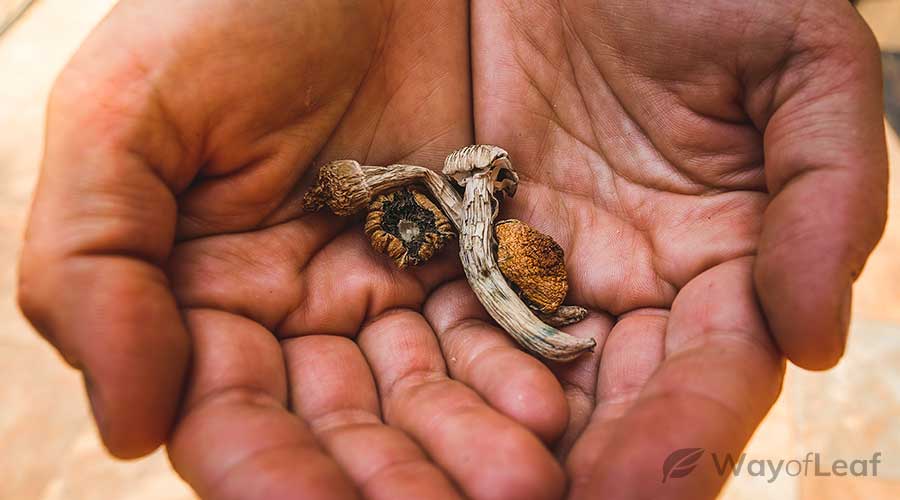 Other hallucinogens, such as salvia, ibogaine, and datura, work differently.

Salvia contains the active compound salvinorin A, which interacts with opioid receptors to produce intense but short-lived effects.

Meanwhile, ibogaine is the active component of the iboga plant. It binds with various receptors, including sigma-1, NMDA, opioid, and serotonin receptors.  It may be helpful for treating addiction.

Finally, datura is a psychoactive plant that contains a variety of chemicals, including atropine, hyoscyamine, and scopolamine. These alkaloid compounds block the neurotransmitter acetylcholine’s activity to produce a dreamlike state.

Both ibogaine and datura are among the more dangerous hallucinogens due to their high risk of toxicity and drug interactions.

Final Thoughts on Why People Use Hallucinogens

There are a broad variety of reasons why people use hallucinogenic drugs, ranging from medicinal benefits to spiritual awakenings and artistic inspiration. It seems highly likely the trend will continue to grow in the coming years.

We remind our readers that, despite their popularity, psychedelics are still illegal in most circumstances. This article is for informational purposes only. Individuals should familiarize themselves with their local drug policies and only use hallucinogens if safe and legal to do so.