Medically reviewed by Lynn Marie Morski, MD, Esq.
Written by Dylan Baker, B.S.
5 min read
0 comments
Read Later
The following is for informational purposes only. WayofLeaf does NOT advocate the illegal sale, use, or possession of any psychedelics. Be sure to research, understand, and follow all laws and regulations relating to the use and possession of psychedelics in the state or region you live.

There are quite a few myths relating to magic mushrooms and magic truffles. To the uninformed, these are seemingly different items altogether. This assumption is often based on differing appearances between truffles and mushrooms, as well as differing legalities.

In reality, there are a lot more similarities between magic mushrooms and magic truffles than there are differences. In fact, mushrooms and truffles come from the same living organism; one of them just grows above ground (mushrooms), while the other grows below ground (truffles).

What Are Magic Truffles? 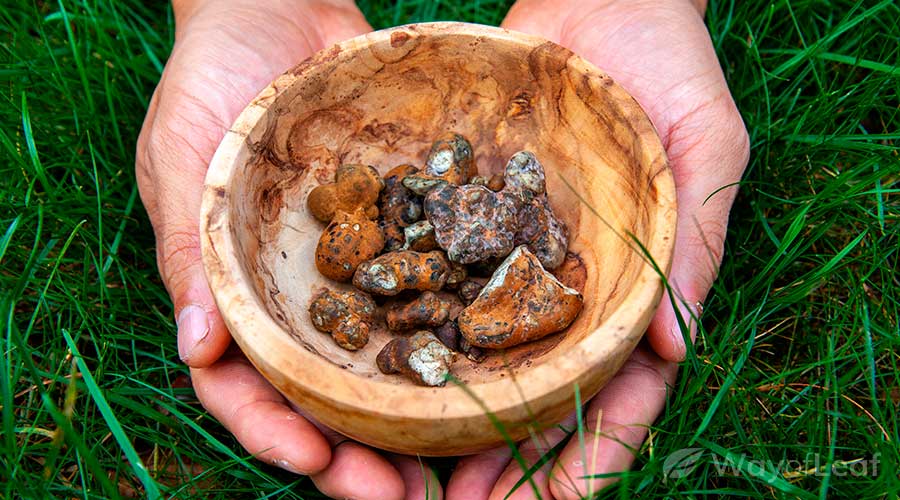 The sclerotium (plural sclerotia) is essentially a bundled up mass of mycelium that is rich in oils and food reserves for the mushroom. Sclerotia allow mushrooms to grow and survive for several years in harsh conditions that offer little to no organic material for the mushroom to feed on.

Here are some of the best-known species of psilocybin mushrooms that produce magic truffles:

In the great magic mushrooms vs. magic truffle debate, we have to point out a few differences. As truffles are at a different development stage to mushrooms, there are a few obvious differences in how they look.

Truffles grow underground, which means a difference in how they are harvested. It is possible to pick fresh mushrooms that are visible above ground. In contrast, you have to dig truffles out of the dirt since they are subterranean dwellers.

There is also a significant difference in moisture content. Truffles have a moisture level of just 5-10%, well below that of mushrooms. As a result, you can dry truffles significantly faster. Moisture content is also the reason why truffles feel rugged and hard. Mushrooms fruiting bodies on the other hand tend to have a flexible and soft feel, even when dried.

Once you harvest and dry truffles, you’ll notice a variance in their shape and size compared to fruiting bodies. Truffles tend to have a small and condensed shape. Once you dry them, they shrivel to an even smaller size. Mushrooms, on the other hand, are capable of growing to a range of sizes.

In terms of potency, each batch of mushrooms contains variable levels of psilocybin. In general, magic truffles provide a more consistent dose. Again, though, this is variable.

It’s also worth pointing out that there are special truffle grinders on the market, which enable you to grind them down into easy-to-consume pieces.

The difference in magic truffles’ legality also has an impact on safety. A handful of nations around the world permit the use of psilocybin and other psychedelic drugs. However, in general, the best one can hope for is decriminalization of shrooms rather than outright legality.

In a global sense, most countries view mushrooms and truffles as the same. This is mainly because they both contain psychedelic compounds. At the time of writing, only the Netherlands makes a distinction. It is one of the few countries that permits the possession and use of small amounts of psilocybin. 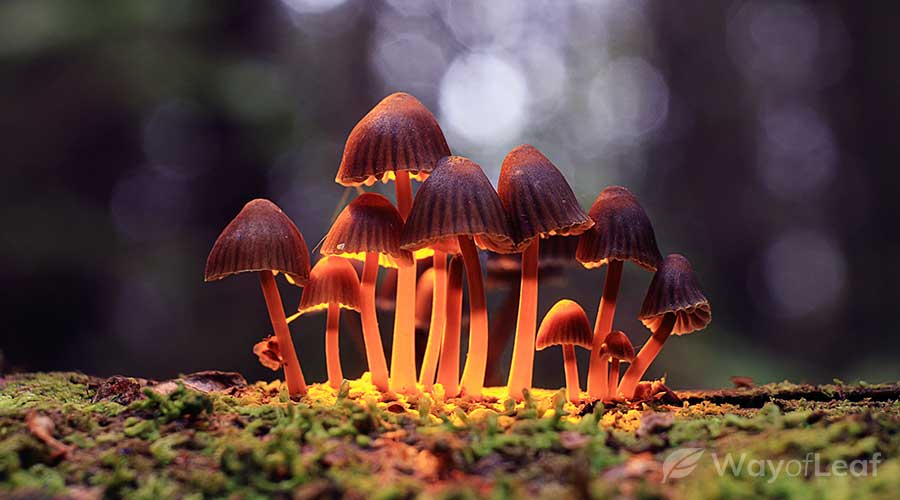 The Netherlands famously outlawed the use of magic mushrooms in December 2008. Now, the possession of dry and fresh mushrooms is illegal, although there is no criminal charge involved with small amounts.

However, there is a legal loophole that doesn’t prohibit psychoactive mushrooms in sclerotium form. As a result, there was a rapid spike in the sale and use of magic truffles. Rather than doubling down on prohibition, the Dutch government went the other way. Since September 2019, magic truffles have been legalized and are now fully taxed in the Netherlands.

The slightly more accessible legal status of truffles has led to better regulation. As a consequence, one can buy psilocybin truffles in boxes with labels.

This lets you know precisely how much psilocybin is in each batch, which is not usually the case with whole magic mushrooms.

Research into psychedelics is relatively limited. However, Johns Hopkins’s Center for Psychedelic and Consciousness Research is now exploring the effects of psychedelics, currently focusing on psilocybin, and so far it has been found to be overwhelmingly safe and non-addictive.

Is There a Difference in Trip Experience and Intensity?

Some have suggested that the psychedelic mushroom trip is longer and more intense than that of truffles. Others suggest that the complete opposite is true; that truffles are more potent in terms of psilocybin content than the fruiting body. However, there is little scientific evidence to support either claim.

What is true is that as long as the same milligram amount of psilocybin is consumed the effects of magic truffles may be very similar to the effects of magic mushrooms. Regardless of which part of the mushroom is being utilized, however, be sure to practice proper set and setting for the safest experience possible.

Magic Truffles or Magic Mushrooms, Which One to Choose?

There is no ‘right’ or ‘wrong’ answer here. It all depends on your expectations, desires, experience, and tolerance for psilocybin. In the magic truffles vs. magic mushrooms debate, truffles have a clear advantage in terms of legality in the Netherlands. It is also easier to find truffles online, and you can find them dry or fresh.

In contrast, magic mushrooms are not legally sold online. You can buy ready-to-grow kits and spores, and can also try to find them in the wild. However, please note that both the consumption and possession of mushrooms are illegal in most places.

All in all, psychedelics novices are likely better served trying magic truffles. There is an element of regulation when buying them from a reputable seller in the Netherlands, and one can have a reasonable idea of how much psilocybin is in a truffle. In contrast, the level of the drug may vary significantly in wild mushrooms.

Either way, please note that these are powerful, illegal substances, and the information here is provided only to educate – not to suggest or promote their use or possession.