Tryptamines are compounds that many plants, animals, and fungi produce. They share a common element in their chemical structure that gives them somewhat similar mechanisms of action. However, they also have slight molecular differences that give them varying effects.

In recent years, the word ‘tryptamine’ has become synonymous with psychedelic drugs. Read on to learn why and how these chemicals have shaped our understanding of the human brain.

Tryptamines are analogs of N, N-dimethyltryptamine (DMT), which exists in many different plants. It is a crucial component of the psychedelic ayahuasca brew and famously produces spiritual or mystical hallucinations.

Tryptamine is not only a psychedelic compound. It is a precursor to crucial neurochemicals such as serotonin and melatonin.

These drugs share a functional group known as tryptamine in their chemical structure. However, tryptamine is not only a psychedelic compound. It is a precursor to crucial neurochemicals such as serotonin and melatonin. Therefore, it plays a vital role in functions such as mood regulation, appetite, sleep, and more.

Because tryptamine drugs have a similar structure to serotonin, they can bind with its receptors in the brain. This mechanism explains how many psychedelics exert their effects.

For example, DMT, psilocybin, and lysergic acid diethylamide (LSD) have a high affinity for 5HT2A serotonin receptors. They may also interact with 5HT1A and 5HT2C. Therefore, these drugs are sometimes known as serotonergic hallucinogens. 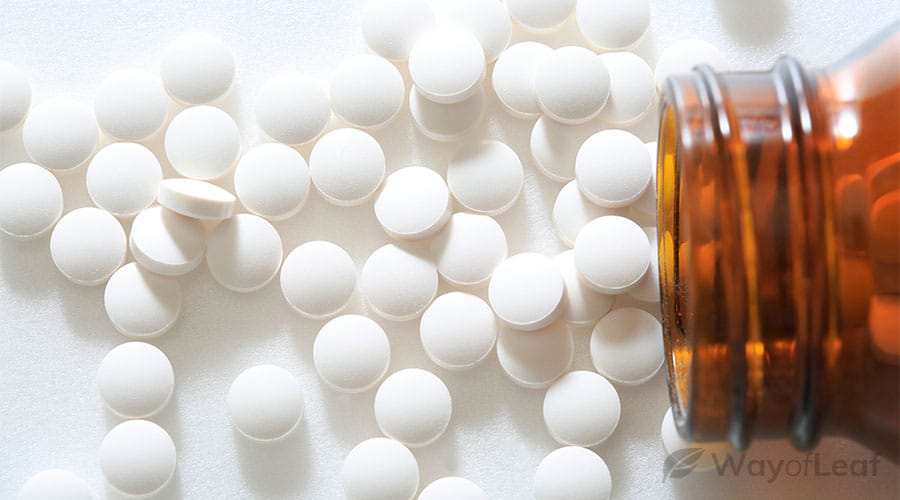 These two discoveries paved the way for neuroscientists to understand human psychology better than ever before. Throughout the 1960s, thousands of clinical trials focused on LSD and its effects on the body and mind. However, research on the drug ceased when it became illegal in 1970.

Since the 1990s, scientists have been producing synthetic tryptamines to continue studying the brain. They are sometimes known as new psychoactive substances (NPS) or designer drugs. Unfortunately, these substances are prone to abuse and can cause dangerous side effects.

Below we will discuss the different types of tryptamines and list some examples of each.

Some examples of each group include:

Many of the above are synthetic tryptamines created by the psychedelic chemist Alexander Shulgin. He documented his experiences with these substances in his 1997 book TIKHAL (Tryptamines I Have Known and Loved).

Others, such as LSA, psilocybin, and 5-MeO-DMT, occur naturally in various plants, fungi, and animals.

The tryptamine molecule has a distinctive structure. It consists of a six-membered benzene ring and a five-membered pyrrole ring fused to form what is known as indole. It also has a two-carbon side chain. Its molecular formula is C₁₀H₁₂N₂.

This core structure forms the backbone of many compounds, including serotonin, melatonin, and tryptamine drugs. However, slight variations in their overall makeup account for these molecules’ distinct effects.

Our bodies synthesize tryptamine from an amino acid called L-tryptophan. It is found in many different foods, including turkey, chicken, milk, and bread.

An enzymatic reaction converts L-tryptophan to tryptamine via a process called decarboxylation. Further reactions convert tryptamine into serotonin, melatonin, and other essential molecules.

How does it work?…

A small amount of tryptamine remains in the brain, where it is thought to act as a neurotransmitter and regulate serotonin activity.

It is also possible to synthesize tryptamine in a laboratory.

How Does It Make You Feel?

The effects of tryptamine drugs can vary significantly depending on the compound. Although many of these chemicals produce hallucinogenic effects, the overall experience can differ in both nature and intensity.

Generally speaking, some of the most common tryptamine effects include:

Different tryptamines have very different durations of action. For example, DMT’s effects last just 15–20 minutes unless combined with other compounds to slow its breakdown. On the other hand, the effects of LSD can last for up to 12 hours.

The classic psychedelics (DMT, psilocybin, and LSD) are relatively safe, providing they are taken in a controlled and supportive setting. In fact, they appear to hold great therapeutic potential for numerous mental health conditions. 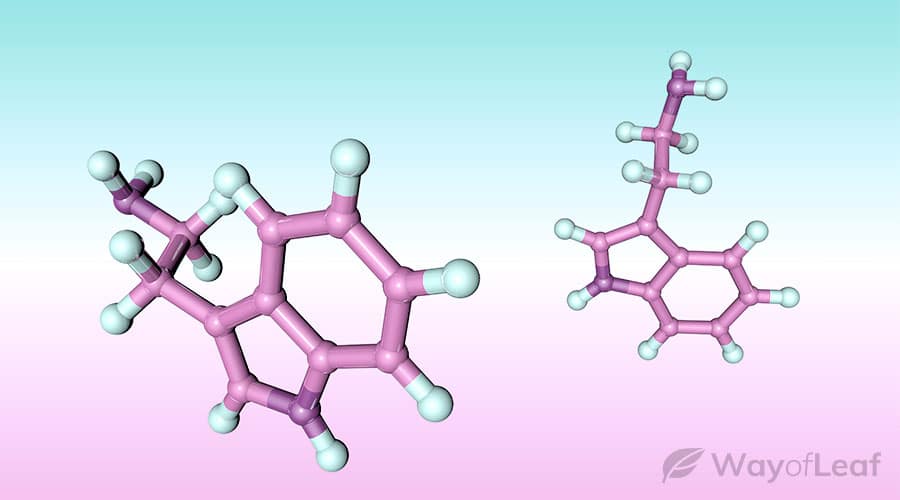 Scientists have studied these drugs extensively, and adverse effects are usually mild and transient. The most common issues include overwhelming feelings of confusion or fear during the experience, colloquially known as a “bad trip.”

We will discuss some of the more common tryptamine health risks in detail below.

The most common physical side effects associated with tryptamine use include:

Furthermore, several tryptamines have been linked to fatalities. In many cases, this was due to an overdose on the tryptamine due to incorrect identification or dosing. There have also been some deaths due to dangerous behavior while under the influence.

Psychological side effects associated with a tryptamine bad trip include:

There is also a small risk of developing a condition called hallucinogen-persisting perception disorder (HPPD). It can cause a person to experience residual hallucinations, sometimes known as flashbacks, days, weeks, or months after ingesting the drug. In most cases, HPPD is benign but, for some, it can significantly interfere with daily life.

Tryptamines are not generally associated with dependence, and they do not tend to produce withdrawal symptoms as drugs like opioids and nicotine do. Therefore, they do not tend to create a physical addiction. Instead, individuals may repeatedly use these drugs in an attempt to recreate a positive experience. In extreme cases, this could lead to a substance use disorder.

The criteria for substance use disorders include:

Conversely, research has indicated that some tryptamines may be beneficial for treating addiction. One example is the potential of psilocybin to assist smoking cessation.

Tryptamine is a compound that exists throughout nature, including in the human brain. It is a precursor to vital neurochemicals like serotonin and melatonin. It is also associated with psychedelic drugs known as tryptamines.

Psychedelic drugs, including LSD, psilocybin, and DMT are some of the best-known examples of tryptamines.

LSD, psilocybin, and DMT are some of the best-known examples of tryptamines. They are generally considered safe and could even hold therapeutic potential. However, many newer synthetic hallucinogens share a similar structure and may be prone to abuse.

Taking tryptamine drugs in an uncontrolled setting could increase the risk of adverse effects. Therefore, individuals should only engage in such activity under professional supervision when safe and legal to do so.