Psychedelic therapy/psychedelic medicine is the field of medicine that incorporates psychedelic substances with therapy, as many of these substances are being found to have significant medical benefits.

This field is not yet widely accepted in the US medical community, mostly because of a lack of education and due to most of the psychedelic medicines still having schedule 1 status.

Several modern studies provide insight into how psychedelics may be used therapeutically.

Despite this, several modern studies provide insight into how psychedelics may be used therapeutically. But breaking the current stigma of psychedelic drugs is no small feat.

To understand psychedelic medicine in its entirety, it’s important to look at both historic and modern psychedelic use.

Psychedelic Medicine: Research Through the Years

Despite its restriction in many countries, psychedelic-use has become more widespread than ever. This is in part due to the spiritual and therapeutic effects many people experience after consuming these compounds. The most common reasons for people to seek psychedelic therapy are:

However, psychedelic research is still in its infancy, especially as funding for studies was practically nonexistent from the 1980s to the early 2000s.

Take a look at this overview, which explores the potential medical benefits of psychedelic drugs for a variety of conditions.

Psilocybe mushrooms, also known as “Flesh of the Gods” by the Aztecs, have been picked and consumed by people for millennia.

Their use is recorded in particular regions, such as Mesoamerica, which now encompasses countries such as Mexico, Guatemala, and Costa Rica.

Many ancient cultures, such as Mayan and Aztec, were believed to use psilocybe mushrooms as part of healing and spiritual rituals. Their importance is likely due to the impact of the mushrooms’ two psychoactive compounds; psilocybin and psilocin. 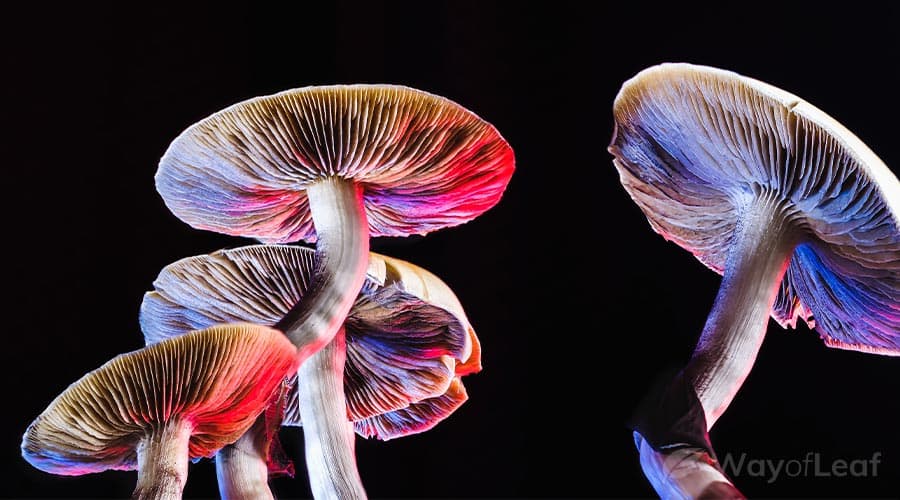 Recent studies have been eager to discover if there are any tangible medical benefits of psychedelic mushrooms.

Research into psilocybin, including this 2017 meta-analysis suggests the compound may provide benefits for depression, anxiety disorders, OCD, and addiction. It also appears to have an excellent safety profile.

Other research has focused on psilocybin’s potential to relieve anxiety and depression in people with life-threatening cancer. For example, this 2016 randomized, double-blind trial tested the compound’s effects on 51 cancer patients. It found that it reduced depression, anxiety, and death-related anxiety while increasing quality of life and optimism. Furthermore, these improvements were maintained at the 6-month follow-up in 80% of participants.

Mescaline is a psychoactive compound naturally found in many cactus plants, including the peyote and San Pedro cactus. Native Americans have been consuming this compound for over 5,000 years.

What’s notable about its use is that many groups, such as the NAC (Native American Church), don’t consume it recreationally. Instead, its purpose is to provide spiritual guidance and to re-establish balance within the body.

There is currently little research on the medicinal properties of mescaline. However, it may offer some benefits for mental health.

This 2013 survey aimed to determine the impact of psychedelics on the mental health of 130,152 respondents. It found that lifetime use of psychedelics, including mescaline, was associated with lower rates of psychological distress, agoraphobia, and psychotic symptoms. Furthermore, mescaline and peyote use was associated with lower rates of psychiatric medication prescription.

LSD (Lysergic acid diethylamide) was first synthesized in 1938 by Albert Hofmann, a Swiss chemist. He discovered its psychedelic properties in 1943.

Following this, researchers became extremely interested in LSD and its potential applications. Throughout the 1950s and 60s, thousands of studies emerged, investigating its impact on cancer-related anxiety, depression, and addiction. Although the results were promising, LSD research stalled with the introduction of the Controlled Substances Act in 1970.

Related article
LSD Microdosing for Pain: Are There Any Benefits?

However, the past two and a half decades have seen a renewed interest in LSD’s effects. Most modern research has focused on how it impacts the brain in healthy volunteers. However, one 2014 study looked at LSD, combined with psychotherapy, as a treatment for anxiety associated with a life-threatening disease. It found that the drug significantly reduced anxiety scores with no serious adverse effects. Moreover, these reductions were sustained for 12 months after treatment.

Ayahuasca is a psychedelic brew that produces strong psychedelic effects because it contains the compound DMT. Like many other classic psychedelics, ayahuasca has been an important part of spiritual practices for hundreds of years.

Commonly used by Amazonian groups during spiritual ceremonies, ayahuasca is intended to purify one’s soul and body. This is why many users experience vomiting, amongst a variety of other side effects.

Formal research into ayahuasca’s medical benefit has provided some interest for the scientific community. A study conducted in 2018 looked into the link between ayahuasca and treatment-resistant depression. The results showed that ayahuasca might have some therapeutic benefit as it had significantly lowered depression scores compared to the placebo group.

MDMA was first synthesized in 1912, although researchers did not become interested in its psychoactive properties until the 70s. Since then, it has perhaps become best known as a recreational drug with the street name ecstasy. However, MDMA appears to have significant therapeutic benefits.

Since MDMA induces a sense of interpersonal trust and emotional openness, it can make an effective catalyst for psychotherapy. Research suggests that MDMA-assisted therapy may be especially helpful for post-traumatic stress disorder (PTSD). The FDA has designated it a Breakthrough Therapy for the condition, and clinical trials are ongoing.

Ketamine may be best known as an anesthetic, but lower doses are showing great promise for treatment-resistant depression. A 2014 review suggests that the drug has rapid antidepressant effects, providing significant clinical improvements for patients with the condition. A more recent 2019 review suggests that ketamine could also help those struggling with suicidal ideation.

The FDA has now approved a nasal spray containing the related substance, esketamine, for adults with severe depression. It is marketed under the name Spravato and is a prime example of how psychedelic medicine is now hitting the mainstream.

Psychedelic Assisted Therapy: Where to Find It?

Those using these medicines for their therapeutic effects may want to maximize psychedelics’ benefits by integrating them into a complete therapy program. This usually involves ongoing sessions, some of which will be psychedelic-assisted, with a specially trained professional.

The main blockade to finding appropriate psychedelic therapy is that in most countries, psychedelics remain highly illegal. Despite this, there are still options available for those seeking support. 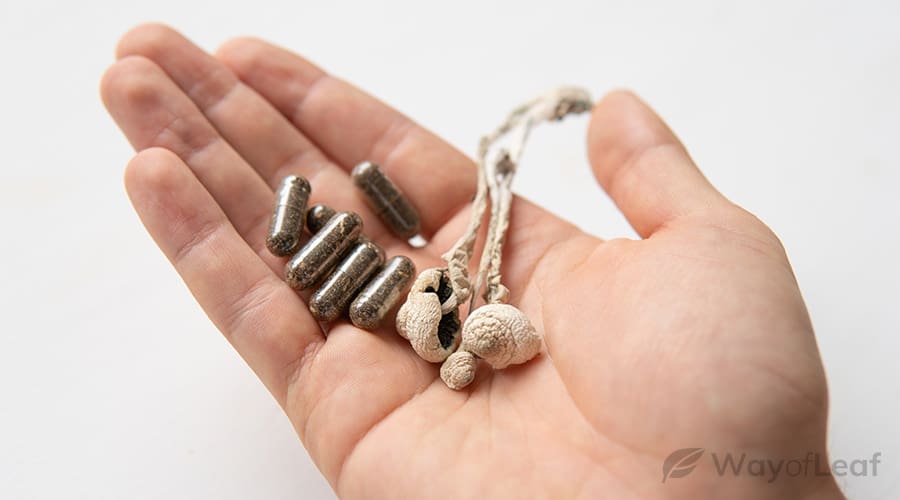 Psychedelic retreats are becoming more popular and offer guidance and integration before and after the experience. However, these rarely offer true psychedelic-assisted therapy. There are a few exceptions in the Netherlands.

Other options include ketamine treatment centers or ongoing clinical trials. Some therapists may also provide psychedelic-assisted sessions in an underground fashion.

Psychedelic Therapy Research: The Next Step

Given the scientific findings and anecdotal evidence of psychedelic use, it’s hardly surprising that so many people are curious about psychedelic drug therapy. Both studies conducted in the 1960s and in the last 15 years show that psychedelics might impact conditions such as depression, addiction, and anxiety.

Studies conducted in the 1960s and the last 15 years show psychedelics might impact conditions such as depression, addiction, and anxiety.

A renewed interest in studying the effects of classic psychedelic drugs should provide us a greater insight into their potential benefits.

For now, it’s important to note that while psychedelic-use might provide some level of benefit, people can experience serious side effects. That’s why it’s essential to speak with a medical professional and know the legality before deciding to consume any psychedelic compound.