Peyote has been widely referenced in pop culture for years. In fact, anyone who has seen the movie The Doors about the iconic band of the same name is probably familiar with it.

From movies to music, peyote has become part and parcel of a burgeoning culture that values freedom of expression. Despite this, many people know very little about this psychedelic plant.

So, what is peyote, how does it work, and what are its effects? Here’s the complete guide.

A Short History of Peyote

Peyote is a hallucinogenic cactus native to Mexico and parts of Texas. It primarily grows in Mexico’s desert regions, specifically Chihuahua, Coahuila, Nuevo León, and Tamaulipas.

Peyote’s botanical name is Lophophora williamsii. However, its common name is a Spanish derivation of the Aztec word “Peyotl,” meaning “glistening,” or “shining.” 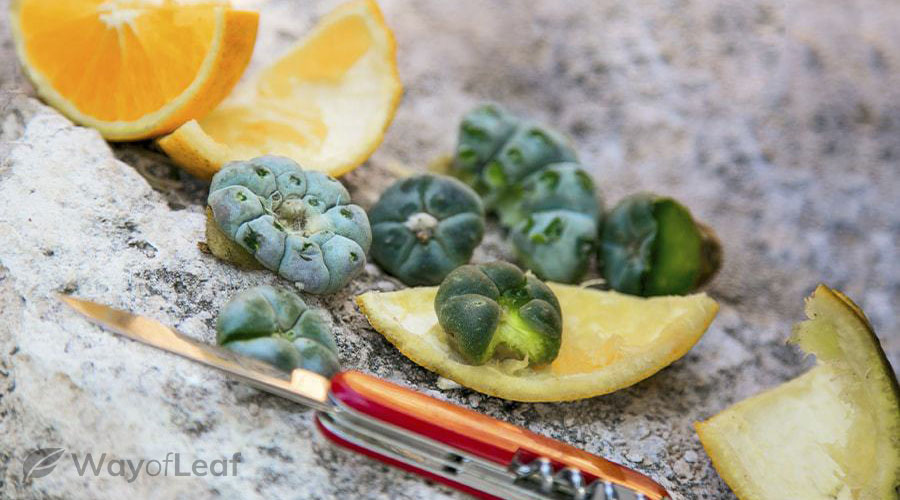 It is a short, stubby plant with bulbous formations that contain the active ingredient mescaline, among others. It has a strong and bitter taste that keeps it safe from predation from other animals.

Mesoamerican cultures, including the Aztecs, consumed peyote in their religious practices. Archeologists date its use back at least 5000 years.

Traditionally, shamans or priests used peyote to induce a state of altered consciousness to communicate with divine spirits or powers. It also has a long history of being used in Native American religious ceremonies.

Today, the Controlled Substances Act classifies peyote as a Schedule I drug. As such, the DEA considers it to have a high potential for abuse and no accepted medical use. However, some regions have now decriminalized the use of peyote along with certain other psychedelic substances.

While illegal in most states, peyote use is permissible within the Native American Church’s confines, according to the American Indian Religious Freedom Act of 1978. It may be possible to use it legally as part of a bona fide peyote ceremony, even for non-Native Americans.

Related article
The Decriminalization of Psychedelics [Everything You Need to Know]

However, individuals must conduct thorough research and familiarize themselves with the specific laws in their area. It is also critical to understand that peyote is an endangered species. Therefore, users should not harvest plants they find growing in the wild.

Ingestion of the plant can produce vivid hallucinations, and users may see or hear things that aren’t there. They may feel an increased sense of connection to nature or the universe or undergo personal growth.

There have also been reports of instances of synesthesia. This condition involves one of the senses (including taste, touch, or smell) being activated but another responding. This phenomenon may cause users to ‘see music’ or ‘hear colors.’

How Long Does Peyote Last?

So, how long does peyote stay in your system? Peyote’s effects often begin as little as thirty minutes after consumption and can last for as long as eight hours.  Their peak is usually around two hours after ingestion when peyote is taken orally.

Peyote’s effects often begin as little as thirty minutes after consumption and can last for as long as eight hours.

The exact figure will depend upon several factors, including dosage, consumption method, and individual biochemistry. However, research suggests that mescaline has a half-life of approximately six hours. This means that the amount of mescaline in the body reduces by 50% every six hours.

Most of the drug is excreted in urine, in its unchanged form, during the first hour after ingestion. The remainder is converted to the metabolite 3,4,5-trimethoxyphenyl-acetic acid (TMPA). Estimates suggest that the body eliminates 87% of TMPA within 24 hours and 96% within 48 hours.

How Does Peyote Work?

Mescaline, the primary active substance in peyote, is psychedelic. Psychedelic substances are those that can affect the way the brain interprets external stimuli. Mescaline accounts for 0.4% of the weight of fresh cactus and up to 6% of dried cactus.

It is also possible to synthesize mescaline synthetically, but only for scientific and medical research. 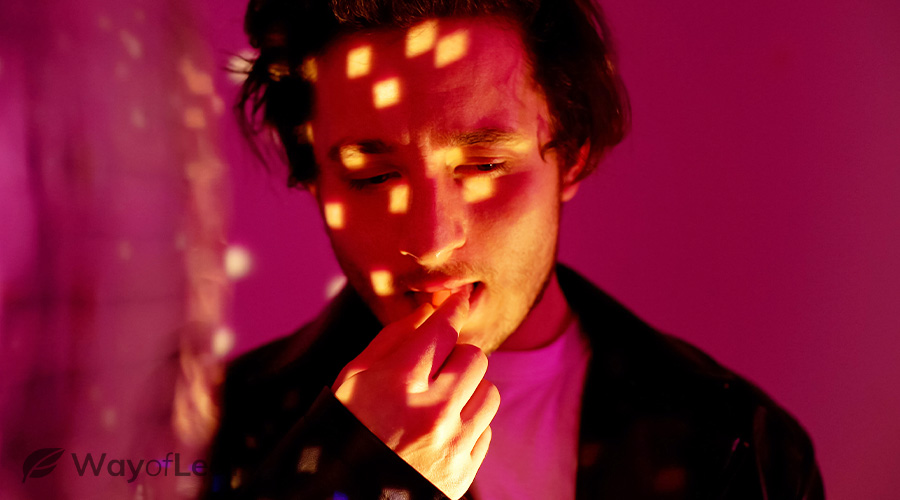 Experts consider mescaline to be a serotonergic substance as it affects serotonin (5-HT) receptors in the brain. These receptors are responsible for inducing feelings of happiness, joy, and well-being, among other things.

An imaging study indicates that mescaline activates several different parts of the brain and reduces activity in the default mode network. This is a part of the brain that is involved in the perception of the self. Peyote also activates areas in the prefrontal cortex, which influences mood and cognition.

Peyote is a classic psychedelic, alongside psilocybin (the active compound in magic mushrooms) and lysergic acid diethylamide (LSD). Although scientists have not investigated peyote as thoroughly as its counterparts, it could potentially have similar benefits.

Healthy users suggest that peyote increases creativity and improves their ability to solve problems. Furthermore, it appears to be relatively safe, with no apparent long-term side effects. However, users should still exercise caution.

We take a look at the research…

Psychedelics can induce intense emotional states. Therefore, anyone taking them while in a negative mood may experience what is colloquially known as a bad trip. While these effects are usually temporary, they may be especially problematic for people with preexisting mental health issues.

Peyote can cause increased blood pressure, so people with hypertension or heart conditions should steer clear. It can also cause fetal abnormalities, making it unsuitable for pregnant or nursing women.

Anyone taking prescribed or over-the-counter medicines should consult a physician for further advice before taking peyote.

Peyote and other psychedelic substances can profoundly affect how users see, hear, touch, and taste.

Anecdotal reports suggest they increase in feelings of happiness or possibly detachment and hallucinations. They could also contribute to feelings of kinship and emotional connection.

Peyote has become popular in mainstream culture and has been covered in music and film.

Peyote has become popular in mainstream culture and has been covered in music and film. However, people have used it for centuries to undergo mystical or spiritual experiences.

Peyote is a Schedule I drug, and, like most other psychedelics, it is largely illegal to use and distribute. However, peyote is legal for use in regards to practices related to the Native American Church. The law currently exempts its use in such religious ceremonies.