Mescaline is a hallucinogenic compound that is found in many species of cactus, most notably peyote.

For millennia, indigenous American peoples have been using these plants as part of spiritual ceremonies. However, despite the garnered intrigue in both its spiritual and possible medicinal use, the compound remains a schedule 1 substance in the US.

Learn more about this compound in our mescaline overview.

A Brief History of Mescaline

4000 BCE –  Preserved effigies made of dried peyote cactus have been found in the Shumla caves near the Rio Grande. Using radiocarbon, scientists have found that the physical evidence dates to 4000 BCE. More evidence of peyote use has been found at two archaeological sites: Shumla Caves, Texas, and Coahuila, Mexico.

4000 BCE to Present – Hallucinogenic cacti such as peyote and San Pedro are used in spiritual ceremonies by indigenous people in the Americas.

1880 – Peyote’s popularity begins to spread towards North American groups such as the Kiowa and Comanche people.

1896 – The German chemist, Arthur Hefter, isolates the compound mescaline and discovers it attributes to peyote’s psychoactive nature. Mescaline is regarded as the first psychedelic compound to be extracted and isolated.

1977 – In the US, the Controlled Substances Act categorizes all psychedelics as illegal substances, including mescaline.

2000s – Mescaline remains a schedule 1 drug. However, the compound can be used by certain religious organizations and for approved scientific research.

Where Does Mescaline Come From?

Mescaline can be found in a variety of cacti that are native to the Americas. These plants are most commonly categorized into two major genera: Echinopsis and Lophophora. 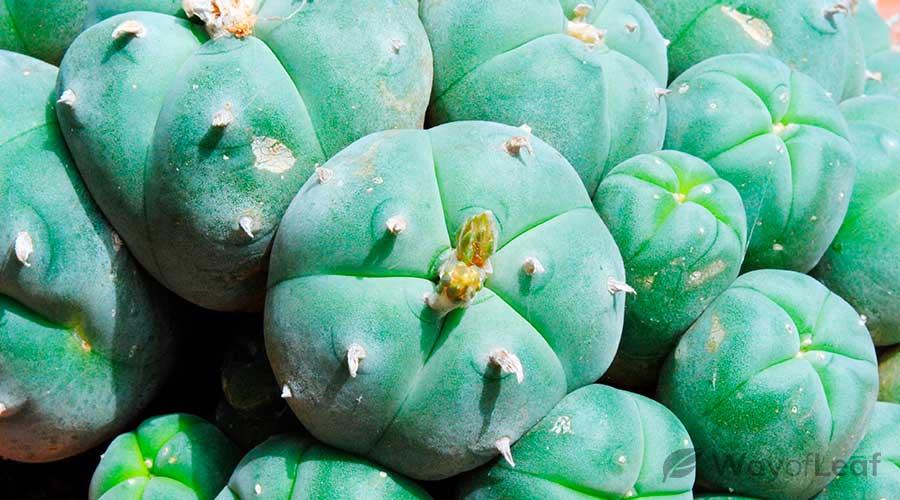 Peyote, arguably the most famous psychoactive cactus, belongs to the Lophophora genus.

Peyote is a small, spineless cactus often referred to as ‘buttons’ because of its shape. The plant contains a variety of alkaloids, one of which is mescaline. In dried peyote, mescaline content is commonly around 3% to 6%, whereas fresh peyote contains around 0.4%.

The peyote plant is native to Mexico and southwestern Texas, which explains its prevalence in indigenous North American rituals.

You can find out more about the peyote cactus on our site.

For at least 5,700 years, indigenous groups in South and Central America have consumed mescaline cacti.

In particular, peyote was used by the Lipan Apache, Mescalero, and Tonkawa people, in religious practices. Typically, the cactus is consumed either by chewing on the plant or brewing it as a tea. As an entheogenic compound, mescaline consumption often produces feelings of inspiration and transcendence in its users.

As an entheogenic compound, mescaline consumption often produces feelings of inspiration and transcendence in its users.

This led many groups to believe that these cacti were tools to access divinity, and ultimately, to achieve spiritual enlightenment.

Organizations such as the Native American Church also consider peyote a sacred medicine. They believe consuming the cacti may help avoid disease and death by restoring optimal balance to the body. Many members also believe the plant can help fix social and personal dilemmas within the community.

Mescaline is a compound that is most well-known for causing hallucinogenic effects similar to LSD and psilocybin.

These effects often include mystical experiences, changes in perception, and ego dissolution.

Many believe that dim lighting, closed eyelids, and listening to music can enhance the experience.

Besides the hallucinogenic effects, some researchers hypothesize how mescaline might also provide medical benefits for alcohol dependence and depression. However, very few studies have been conducted on these issues.

How Does Mescaline Work in the Body?

Serotonin receptors influence significant processes in the body, including impulsivity, sociability, and memory.

Many researchers believe mescaline’s impact on the serotonin 2A receptors, in particular, may be why it produces psychedelic effects.

Interest in how the compound interacts with dopamine receptors is also prevalent.

Side Effects of Mescaline

Limited research on mescaline has meant that its risks remain inconclusive.

However, consumption should be avoided for those with uncontrolled hypertension. Mescaline can also affect heart rate, pupil dilation, as well as cause vomiting and headaches. 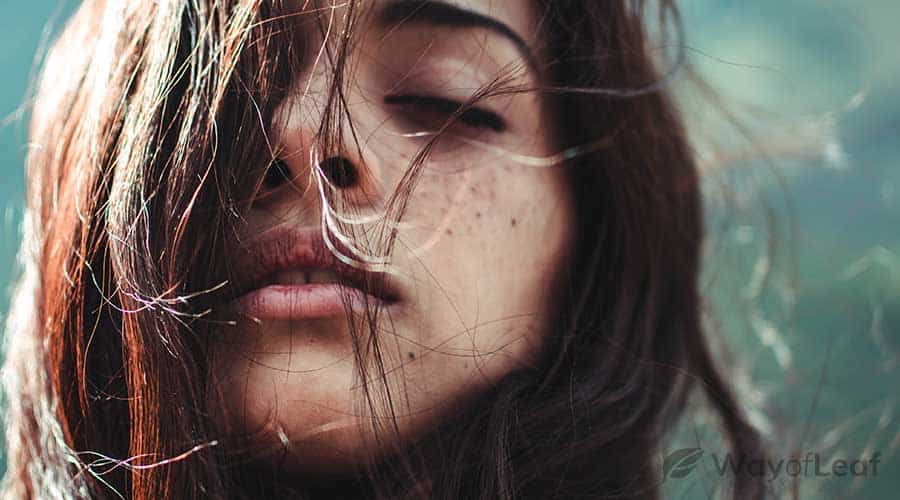 Many of the risks associated with mescaline use are dependent on secondary factors. For instance, the compound should not be consumed with other drugs, such as:

Often adverse effects can be dependent on the consumer themselves too. For example, psychosis may be experienced for those with pre-existing mental health issues.

Because of the hallucinogenic nature of mescaline, specific assurances for set and setting should also be implemented. Maintaining a relaxed mindset and comfortable environment is ideal.

Aside from these side effects, some studies have found long-term peyote use had not caused adverse cognitive effects for members of the Native American Church, an organization that uses mescaline regularly for their spiritual ceremonies.

In addition, there is no documented evidence of anyone overdosing on the substance.

Since the 1970 Controlled Substances Act, mescaline has been classified as a schedule 1 controlled substance in the US. However, there are exceptions.

Many religious groups revere peyote and regard it as a sacred right, especially considering they have been consuming the plant for thousands of years. That’s why the Native American Church can legally consume mescaline-containing cacti like peyote. US laws ensure that the organization can harvest, possess, and consume peyote without persecution.

US laws ensure that the organization can harvest, possess, and consume peyote without persecution.

Cacti in the Echinopsis family, such as San Pedro, although not legal to consume, are commonly sold as decorative plants.

Some countries, like Germany, the UK, and Canada, make similar distinctions between mescaline and the plant itself. However, in Russia, both are highly illegal.