Individuals seeking assistance in the fight against pain want to know: what is kratom? It is beginning to gain traction as an alternative to opioids as a method of managing pain. However, many prospective users know little about it. We aim to change that in this article.

Mitragyna speciose, also known as kratom, is a tropical tree indigenous to Southeast Asian countries such as Malaysia, Indonesia, and Thailand. It is a member of the coffee family and can grow up to 42 feet tall.

What Does Kratom Do?

From the beginning of the 21st century, anecdotal evidence on kratom effects has grown. As a result, it began to receive a significant degree of attention as an alternative medicine. 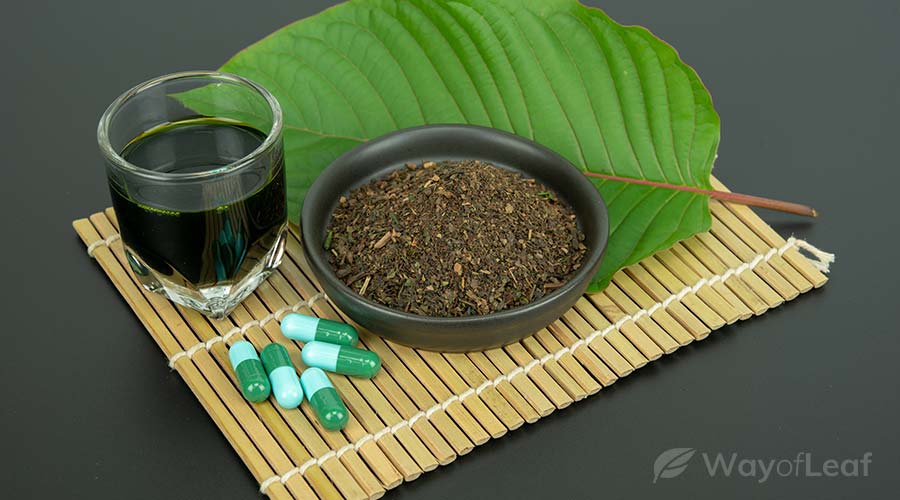 Research into kratom is relatively limited. However, a study published in the Journal of Medicinal Chemistry in April 2002 suggested that the tree has powerful painkilling properties.

As it has opiate-like potential, kratom could prove useful as a means of helping patients with opiate withdrawal symptoms. This is because it activates the same brain receptors, so it provides similar effects but potentially has a significantly lower addiction risk.

However, the use of kratom is controversial. Opponents of the practice suggest that it is unsafe and comes with an array of adverse effects.

What Are the Side Effects of Kratom?

From 2011 to 2017, American poison control centers received approximately 1,800 reports involving adverse effects from kratom use. The list of possible kratom side effects includes:

Kratom withdrawal symptoms exist and are similar to issues faced by those hoping to cease opiate use. These include:

Supporters of kratom usage believe that there is a great deal of misinformation about the plant.

A government report looked into the 27,338 overdose deaths in the United States between July 2016 and December 2017. A total of 152 of these individuals died with kratom in their system. A coroner or medical examiner determined that kratom was the sole cause of death in 91 of these cases.

However, only seven of the decedents had kratom as the only drug in their systems. The CDC report also suggested that the presence of other substances couldn’t be ruled out.

It also appears as if injecting kratom brings about the most significant level of risk. A study published in Chemical Research in Toxicology in January 2019 looked at the toxicity of kratom.

However, relatively few users inject the drug, and most prefer to use it orally. The above study found the 7-HMG taken orally to have a much safer profile unless taken at much higher doses. The researchers didn’t observe a lethal dose for mitragynine. Therefore, it is much less likely that anyone will overdose on kratom accidentally when consuming it orally.

How to Use Kratom

In general, interested parties will find the following available for sale:

Traditionally, users chew kratom leaves. However, users in Western nations are more likely to use crushed or powdered leaves. In general, they place the powder or leaves into hot water and drink it as tea. The process of steeping kratom leaves in hot water helps extract the alkaloids. Kratom tea is extremely bitter, so users are advised to add a sweetener, such as honey. Other users prefer using it in gelatin capsule form because it helps avoid the bitter taste of the leaves.

Regarding possible effects, there is a suggestion that kratom acts differently depending on the dosage. According to this theory, it has a stimulating effect in low doses and a sedative effect when taken in larger amounts.

When used on an empty stomach, the effects of kratom could manifest after 15-20 minutes. They gradually build in intensity, and the peak effects may last 2-4 hours.

As for dosage, the amount a person should take depends on factors such as tolerance and physiology. In general, kratom capsules contain between 350mg and 750mg of the substance. A starting dose of 1 gram is often considered suitable. However, it is always advisable to start low and go slowly when increasing the dose. 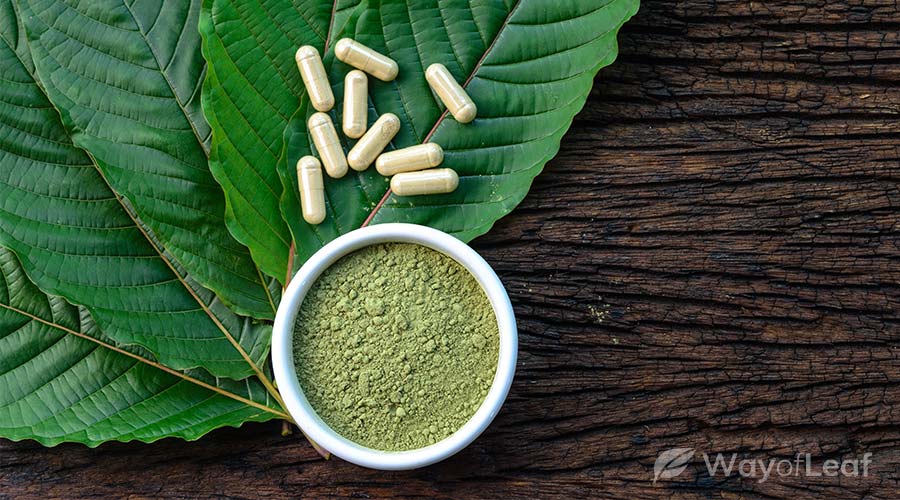 Due to the time it takes for the kratom to get metabolized, one should wait at least 45 minutes after the first dose before taking more. Users should only take more if they feel no effects whatsoever. Play it safe and try various kratom doses over a few days. Also, keep in mind that a dose of over 5 grams is considered high.

Finally, kratom users often get very thirsty. Make sure a glass of water is readily available.

Can You Smoke Kratom?

The practice of smoking kratom is thousands of years old. Indeed, some users try to smoke kratom with cannabis. The leaf burns relatively easily, but smoking is regarded as an inefficient method for kratom delivery. It requires the use of more leaves than one would need with capsules or powder.

As an aside, some people use kratom and cannabis together to experience a greater degree of relaxation. However, it is advisable to carefully monitor your intake of both. One suggestion, according to reputable psychedelics informational platform The Third Wave, involves eating food in between consuming these substances to avoid the feeling of lightheadedness.

Yes, kratom addiction is possible. However, there is little data available to ascertain the rate of addiction. For reference, between 21% and 29% of patients prescribed opioids misuse them. And as many as 12% of those who use these drugs develop opioid use disorder.

For the record, users must avoid using kratom in conjunction with most drugs because of the potential for interaction.

Potential side effects include breathing difficulties, vomiting, and unconsciousness. Avoid using kratom with the following substances:

Kratom users should also avoid grapefruit as it potentially inhibits the CYP3A4 enzyme, which metabolizes many drugs.

There are also different kratom herb types which may change the experience. Users of so-called white-vein kratom say it offers stimulation, increased concentration, an energy boost, and could also act as a mood enhancer.

Red-vein kratom usually has a higher 7-HMG concentration. As a result, it has sedative effects and may help the user feel relaxed. It is also potentially useful for insomniacs as a sleep aid.

Green-vein kratom offers a combination of sedative and stimulating effects. Many kratom plant users prefer the green-vein option due to its more balanced effects.

Kratom legality varies depending on the location. It also isn’t easy to navigate the complex laws surrounding drugs in many countries. However, there is no outright ban on the substance itself in Germany and Canada. In both nations though, it is illegal to sell for human consumption.

Predictably, things are less clear in the United States. While it isn’t federally scheduled, it remains illegal in many states and cities. These include:

The FDA has not approved it as a medicine and has asked the public to steer clear of products containing kratom or its active compounds. The DEA lists kratom as a “Drug of Chemical Concern.” This means it poses a possible threat to the public but isn’t on the list of controlled substances.

Kratom is decriminalized in numerous nations including:

Where is Kratom Illegal?

At the time of writing, kratom is illegal in:

Penalties for its usage vary from mild to severe, depending on the jurisdiction. Even though it is banned in Thailand, over 90% of teenagers there use it.

Summary of Kratom & Its Benefits

Ultimately, kratom remains a mystery drug to many. At present, there isn’t a great deal of research into the benefits of kratom. However, it is potentially useful as an analgesic and could also help manage withdrawal symptoms among individuals using opioids. Kratom also has potential mood-boosting properties, but a lot more research is required.

Those interested in using kratom must first check its legality in their region. Then, they should only purchase from a reputable vendor. When using it for the first time, use a small dose, and wait to see any possible effects.