N-N-dimethyltryptamine (DMT) is a drug that some people refer to as “the spirit molecule.” It is a powerful psychedelic that humans have used for many years. It is probably most famous as a vital component of the Amazonian ayahuasca brew.

So, what is DMT, and how did it get its mystical-sounding moniker? Here’s all you need to know.

Where Does DMT Come From?

DMT occurs naturally in many different mammals and plants. Scientists have even found the compound in the human brain.

Some experts have hypothesized that we synthesize endogenous DMT in the pineal gland. They suggest that this could account for abnormal states of consciousness like dreams, near-death experiences, and psychosis. However, this theory currently remains unproven.

Some of the plant genera that contain DMT include:

It is possible to extract DMT from these plants using an acid-base reaction, involving a few common household chemicals. However, the process is not only illegal but also potentially dangerous. Therefore, we do not recommend making DMT at home.

After extraction, people typically smoke DMT in a pipe, either alone or in combination with other herbs.

DMT is a crystalline substance. It looks white in its pure form, but it may also have yellow, pink, or orange tones when impure.

When people mix it with certain herbs to alter its properties, it can take on a very different appearance.

For example, the traditional ayahuasca brew is a reddish-brown liquid. It contains a combination of two plants, DMT-containing Psychotria viridis and Banisteriopsis caapi.

Another preparation called changa is a smokeable mixture with similar ingredients. It is brownish-green in color and has the appearance of dried herbs.

The DMT molecule itself is relatively simple. It has the chemical formula C₁₂H₁₆N₂ and its atoms form two rings with a short side chain.

It is similar in structure to psilocybin, the psychedelic component of magic mushrooms. It is also similar to tryptophan, an amino acid that acts as a precursor to vital neurochemicals like serotonin and melatonin.

Why Is DMT Called the Spirit Molecule?

In the year 2000, psychologist and psychedelic researcher Rick Strassman authored a book called DMT: The Spirit Molecule. There is now also a documentary of the same name.

The term stems from the reports of people who have used DMT, who often describe spiritual, mystical, or “God-like” encounters.

Traditionally, shamans would use concoctions like ayahuasca to assist them on their spiritual journeys. Its effects are somewhat akin to those of near-death experiences, where the body temporarily seems to separate from the mind.

A surprising number of users report seeing or sensing the presence of other intelligent beings. Some have compared these beings to angels or aliens.

Furthermore, many people believe that DMT has given them a deeper understanding of humanity and the universe as a whole.

A DMT trip can vary significantly between individuals. It depends upon several factors, including dosage, administration method, and each person’s unique biochemistry.

As we have explained, spiritual experiences are widespread with DMT. Some have compared its effects to out-of-body experiences, while others state they feel they reached humanity’s limits. 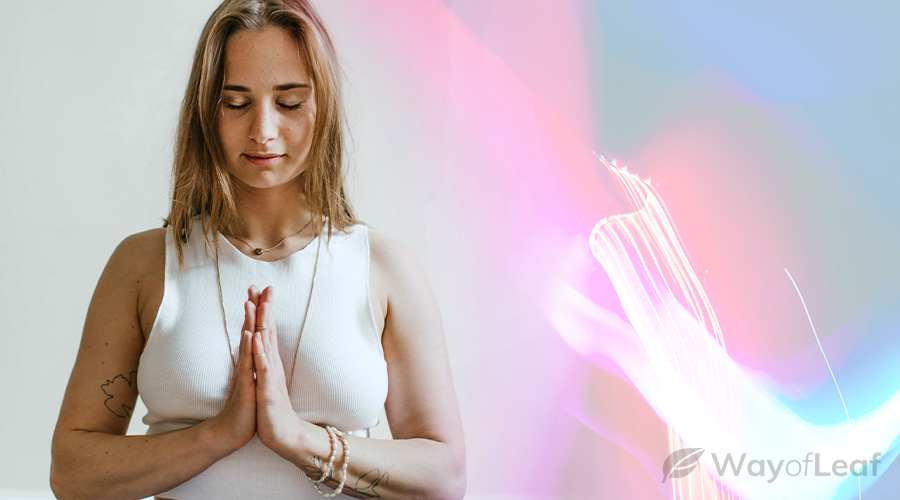 Visual effects include colorful, shifting, geometric patterns, something like looking through a kaleidoscope.

It is also common to see glowing lights or feel these lights emerging from somewhere deep inside the body. However, auditory hallucinations are unusual.

The effects of DMT in the brain are quite similar to classic psychedelics like magic mushrooms and LSD. All of these substances stimulate serotonin receptors known as 5HT2A.

DMT also appears to stimulate other receptors, including dopamine and sigma-1 receptors. The exact role these receptors play in the overall DMT experience is unclear.

However, sigma-1 receptors may play a role in treating addiction, depression, neurodegenerative diseases, and pain.

How Long Does DMT Last?

One key feature of DMT is that its effects are relatively short-lived in comparison to other psychedelics. This is because monoamine oxidase (MAO) enzymes in the liver metabolize DMT molecules very rapidly.

Therefore, although DMT’s effects are incredibly intense, they usually only last 15–20 minutes. However, DMT causes time dilation, meaning this short time frame can seem much longer.

To prolong DMT’s effects, some people mix it with other ingredients. This is the purpose of the Banisteriopsis caapi in ayahuasca blends.

The plant contains an MAO inhibitor, meaning that the liver breaks down the DMT more slowly than usual. It can extend the experience for up to 15 hours, although 4–6 hours is more common.

DMT’s long-term effects are still unclear. Research, including MRI studies, suggests that long-term ayahuasca use produces changes in the brain.

What we do know is that DMT does not lead to tolerance, as many other drugs can. Therefore, repeat users do not need to increase their dosage to achieve the same effects.

The DMT dose required to produce mild effects is relatively low. For example, doses of 0.05–0.1 mg per kilo of body weight can induce subtle physical or emotional changes. However, this amount will not produce the hallucinatory effects that higher doses can.

Can You Overdose on DMT?

Although it is possible, the amount required for a DMT overdose is exceptionally high.

The precise lethal dose for humans is unknown. However, DMT can cause some potentially dangerous drug interactions. Anyone taking the following medications should not use DMT, ayahuasca, changa, or similar blends:

*Note: The above is not an exhaustive list – if you are taking any medication, please consult your physician before trying any psychedelics.

It is also dangerous to combine DMT with certain recreational substances, including:

The side effects of DMT may include:

While some people enjoy the sense of detachment and depersonalization that occurs with DMT, it can be overwhelming for others. Some people have reported feelings of anxiety, although this is often transient. 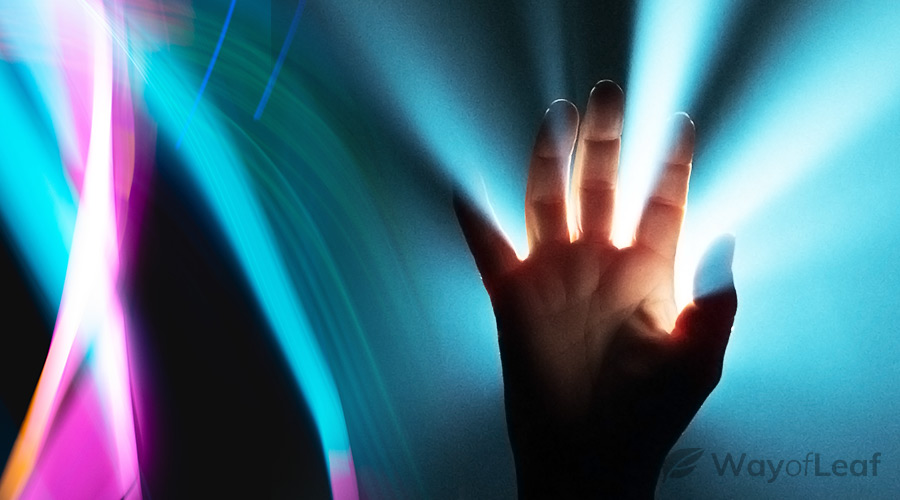 Furthermore, the confusion and loss of coordination that DMT causes could increase individuals’ risk of injury. Therefore, it is essential only to take DMT in a safe and comfortable environment.

As with all psychedelics, proper preparation is crucial to reduce the risk of DMT drug side effects. It is not a substance to consume casually as it can be such an intense experience.

To learn more, see our complete guide: How to Prepare for a Psychedelic Trip.

What Is DMT? Final Thoughts

DMT is a psychedelic drug that can produce mystical experiences. For this reason, some people refer to it as “the spirit molecule.”

It is a major component of traditional, ritualistic blends like ayahuasca, which may have antidepressant properties. It is also relatively safe, although it can cause serious interactions with other drugs and medicines.

We hope that this guide has proven interesting and informative. However, we would like to remind our readers that DMT is illegal in most places, and this guide is for educational purposes only.

We urge individuals to familiarize themselves with the rules and regulations in their specific area regarding DMT and other psychedelics.