There are many states where illegal drugs of any kind are not tolerated. You can expect to face jail time in such locations, even for possessing a small amount of cannabis.

However, one state has gone almost completely the other way. In November 2020, Oregon decriminalized all drugs. It is a radical move with many supporters and is not unprecedented. Of course, some staunch opponents believe it will lead to a major crime wave.

This article analyzes Oregon’s new stance and outlines what it means for its residents. It also provides an update on what has happened in the state since the new legislation passed.

What Are the New Oregon Drug Laws?

The Drug Policy Alliance funded Measure 110, a ballot initiative with a difference. It has decriminalized the possession of small amounts of all illegal drugs. Approximately 58% of Oregon voters said “yes” to Measure 110 during the November 2020 elections. The initiative means that you will no longer go to prison for possessing small amounts of drugs such as methamphetamine, cocaine, and heroin. 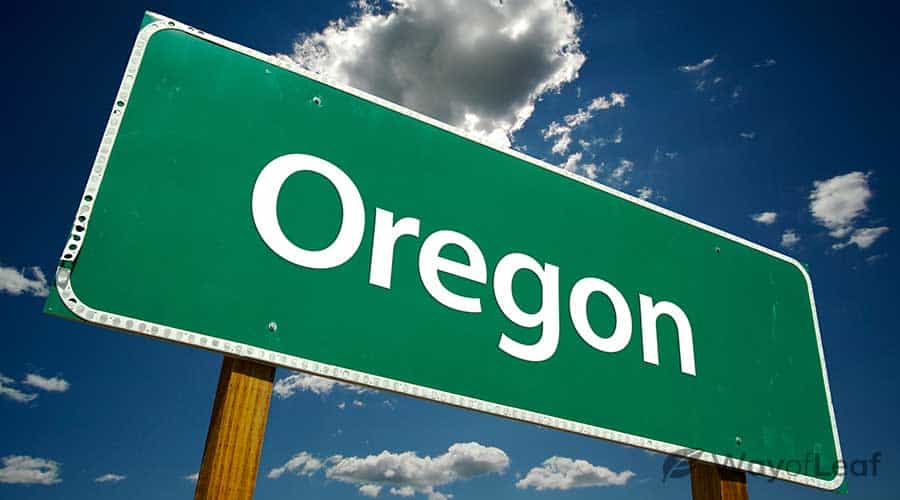 The new Oregon drugs law came into effect on February 1, 2021. The state will no longer impose criminal penalties for small amounts of so-called street drugs from that date onward. Measure 110 ensures that this offense becomes a non-criminal violation akin to a traffic ticket. This Class E violation comes with a fine that can be waived if the individual contacts a hotline for a health assessment.

Here is a table outlining the maximum possession limits for several popular, illegal drugs. If you are caught with more than the following amounts, you will face criminal charges.

For instance, you will face criminal charges for possessing 12 grams of psilocybin. Here is another table outlining the maximum possession limits for a misdemeanor charge. Possession of a higher amount becomes a felony charge.

It is essential to realize that decriminalization and legalization are completely different concepts. While you won’t go to jail for carrying 0.5 grams of heroin, it is still illegal. You will receive a fine and a warning. The process of decriminalization replaces criminal penalties with civil ones.

If you go above the limits outlined in the first table, you will quickly understand the difference between the two terms. For example, get caught with 1.5 grams of heroin, and you will face a misdemeanor charge. This could result in up to a year in prison.

It is essential to realize that decriminalization and legalization are completely different concepts.

Decriminalization leads to a reduction in harsh Oregon drug penalties for minor offenses. Across the United States, countless people have had their lives ruined because they were found with a few grams of cannabis.

The War on Drugs has failed miserably. Most arrests are for low-level drug crimes. The kingpins and major operations are seldom exposed and punished. Those who run private prisons are the big winners. America has the largest percentage of people incarcerated globally, with an estimated 20% of its prisoners in jail for a drug offense.

There are also decades of research showing that strict criminal punishment for drug crimes offers minimal deterrent. It is an important step that could pave the way for more liberal drug policies across the United States.

What Oregon Drug Decriminalization Means for the State

There is a rational financial reason for Oregon’s decriminalization of drugs. The process of arresting, prosecuting, and imprisoning people is expensive. Jeffrey Miron is a Harvard economist. He estimates that government drug prohibition spending was almost $48 billion per annum a few years ago. Oregon spent $375 million in 2016 alone.

Enforcing strict anti-drug laws is a complete waste of law enforcement’s time and resources. Decriminalizing drugs frees up police to investigate serious matters such as robbery, sexual assault, and murder. Harsh drug laws also place unnecessary strain on the judicial system. As it happens, Oregon has plans for the money saved by decriminalizing all drugs. 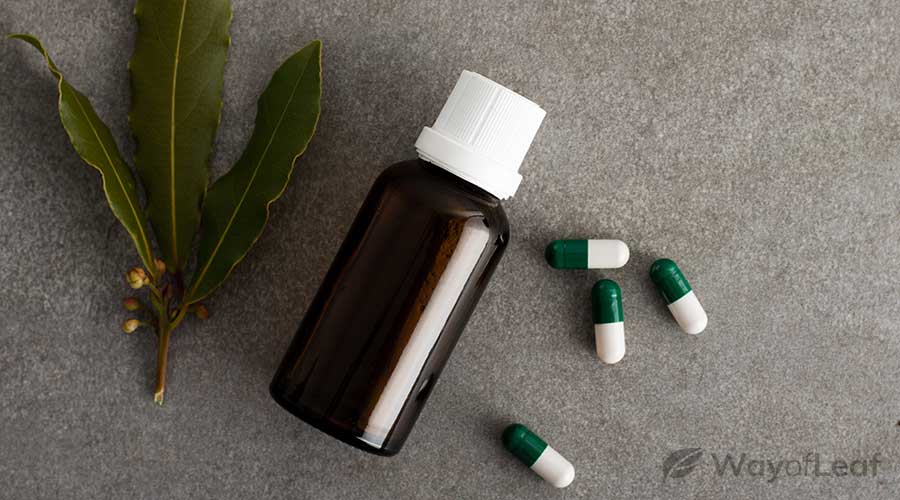 The state hopes to create at least a dozen drug prevention and treatment centers. Revenue from recreational marijuana sales is slated for recovery and addiction services.

It is also good news for ethnic minorities, which the War on Drugs disproportionately targets. A 2018 study by SAMSHA discovered that illegal drug use was roughly evenly spread amongst races. However, ethnic minorities, especially African-Americans, are far more likely to be searched, arrested, and jailed for drug-related offenses.

Will Oregon Decriminalizing Hard Drugs Lead to a Crime Increase?

Those who oppose Measure 110 claim that it will lead to an increase in crime. The notion of Oregon decriminalizing heroin, for instance, leads to hyperbole about how it will cause the downfall of society.

According to a defense attorney called James O’Rourke, reducing criminal penalties will endanger kids. He believes the new laws will negatively influence a child’s perception of the risks of using drugs.

One erroneous claim is that decriminalization and legalization allow easier access to drugs. The reverse is true in reality. Once again, decriminalization doesn’t mean you can buy and use illegal drugs without any issues. It means you won’t go to jail for carrying a small amount.

As for legalization, fears that permitting cannabis use would result in an epidemic of weed users are unfounded. A study published in JAMA in July 2019 looked at the association between marijuana laws and teenage cannabis use. It found a decrease in cannabis use in some states that allowed legal weed. One reason was that younger users found it harder to get cannabis in a regulated market.

On the flip side, Oregon law enforcement has noted a disturbing trend in the aftermath of Measure 110. Police officers claim that people come from other states to use drugs in Oregon, safe in the knowledge that they face minimal punishment.

Oregon Is Not a Global Trailblazer

Although Oregon has left American states behind, it is not the first place to ever decriminalize drugs. The European nation of Portugal took this step in July 2001. Called ‘The Drug Strategy,’ the plan was mainly designed to decrease the country’s rapid rise of HIV/AIDS cases. Portugal also hoped to reduce the level of illicit drug use.

Although Oregon is an outlier in the United States, Portugal has already decriminalized drugs.

Portugal also has one of the lowest levels of illegal drug use in Europe. For instance, 2.1% of people aged 15-34 in the EU use cocaine. The rate is just 0.3% in Portugal. MDMA and amphetamine consumption rates are also far lower in Portugal than in most European nations.

Finally, the rate of overdose deaths in Portugal is one-fifth of the EU average. Even the EU rate is significantly below that of the United States.

Early Signs Are Promising, Though Not Concrete Evidence of Success

As for suggestions that Measure 110 would lead to a crime wave, early signs are that such hysteria is unwarranted. Indeed, property crimes in Oregon decreased in 2021 after decriminalizing all drugs.

According to the Oregon Health Authority, over 16,000 people have been helped by the grant money included in Measure 110. Harm reduction and treatment centers have benefited from the influx of cash to a degree. However, the new law isn’t without critics or concerns. For instance, the number of opioid deaths in Oregon in 2021 was similar to the 2020 figure.

Is Measure 110 Nothing but a Plaster on a Gaping Wound?

Anyone hoping that the decriminalization of all drugs would significantly reduce drug addiction rates has been disappointed thus far. There is criticism of the lack of treatment and harm reduction services available.

The Drug Strategy two took years to transition from judges and lawyers to doctors, addiction specialists, and social workers in Portugal. Oregon has yet to put such plans in place, meaning many people are in pre-treatment limbo and remain at high risk of dying from an overdose. Also, there remains no universally agreed-upon set of metrics or benchmarks to judge treatment efficacy.

Avoiding imprisonment for possessing small amounts of illegal drugs was supposed to be the golden ticket to health services. However, in the first year of decriminalization, almost 1,900 received tickets for possession. Less than 100 of them called a treatment hotline, while just 19 people requested resources for services.

Measure 110’s effect on drug addiction rates has been disappointingly minimal. In part, this could be due to a lack of treatment centers.

Very few people call the hotline because of the lack of consequences for ignoring the ticket. Just half of those who received citations showed up in court. Even the few people that call may have to wait several weeks to find residential and detox treatment beds.

Substance abuse is a huge problem in Oregon. It has the second-highest percentage of residents with a substance use disorder and ranks last for the percentage of teenagers and adults that need treatment but don’t receive it.

Certainly, Oregon had to try something drastic to change this tidal wave of drug abuse. Decriminalization is a gamble that can succeed with the right plan. However, Oregon lacks any coherent treatment strategy, which could cause its bold legislation to fail.

The suggestion that the new Oregon drug laws are a dangerous experiment fails to consider the available data. The idea that draconian anti-drug laws should persist is driven by emotion rather than reason. All evidence points toward the fact that the current drug policy is wholly ineffective.

In contrast, research shows that decriminalizing drugs could positively affect society. Certainly, this is the case in Portugal. The European country has lowered drug overdose deaths and casual illegal drug usage. There is also no evidence that drug-related crime has increased.

The rest of the United States will doubtless watch in interest to see what happens next in Oregon. Hopefully, the new drug laws will prove successful and instigate badly needed drug reform. At present, there are signs of hope but also major concerns.

Until Oregon sets up an effective treatment and recovery program, it will not get the best out of Measure 110. It is still early days, though, and hopefully, the state will show positive results in the next few years.

Related article
The Decriminalization of Psychedelics [Everything You Need to Know]