Rapé: All About Shamanic Snuff

Rapé is a tobacco-containing powder used traditionally by tribal groups across South America as spiritual medicine.

Read below for guidance on the safety and legality of rapé and how to use and buy the snuff.

Rapé (pronounced ra-pey) is a type of snuff, meaning it is a form of ground-up tobacco inhaled through the nostrils.

The plant material used in rapé is typically dried, ground up with a mortar and pestle, and then sieved through a cloth.

In South America, various native tribes have long used rapé for spiritual and healing purposes. People from these regions have historically viewed tobacco as a sacred plant and medicine that can help align someone’s energy channels, connect to their higher self, and cleanse spiritual illnesses.

In our modern-day society, rapé is still widely used, both for spiritual reasons and to help people clear and focus their minds.

How to Use Rapé

People commonly ingest rapé using a Y-shaped pipe made with bamboo or bone.

Rapé powder is first placed in the user’s palm. The hollow bottom of the pipe is then positioned on the rapé and one of the forks in the user’s nostril. Either the user or another person then blows on the other fork, so the powder goes into each nostril. 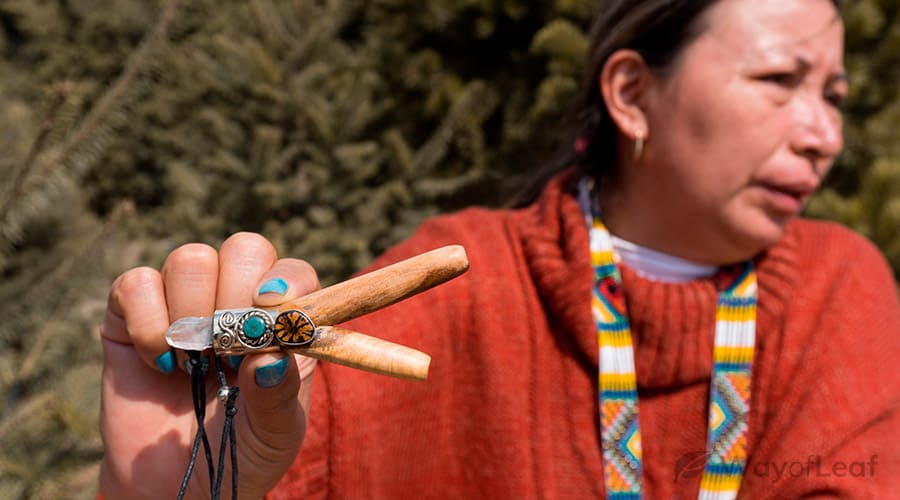 Whereas people typically use kurpie pipes for self-administration, tepi pipes are typically used when somebody else is administering the rapé.

The difference between kurpie and tepi pipes is that the tepi pipes have a wider angle between the forks.

Because rapé can help clear the mind of confusion and blockages in thought, people may decide on a question or something they would like more clarity with before using the rapé.

As rapé is considered a sacred medicine, people may also offer prayers before using rapé or ask spirits and other divine forces to help guide them with their intentions for using the medicine.

Sometimes rapé can cause people to experience nausea, vomiting, and diarrhea. However, these purgative effects often wear off quickly and are believed to be part of a healing process in which the body and spirit are relieved of harmful toxins and energies. 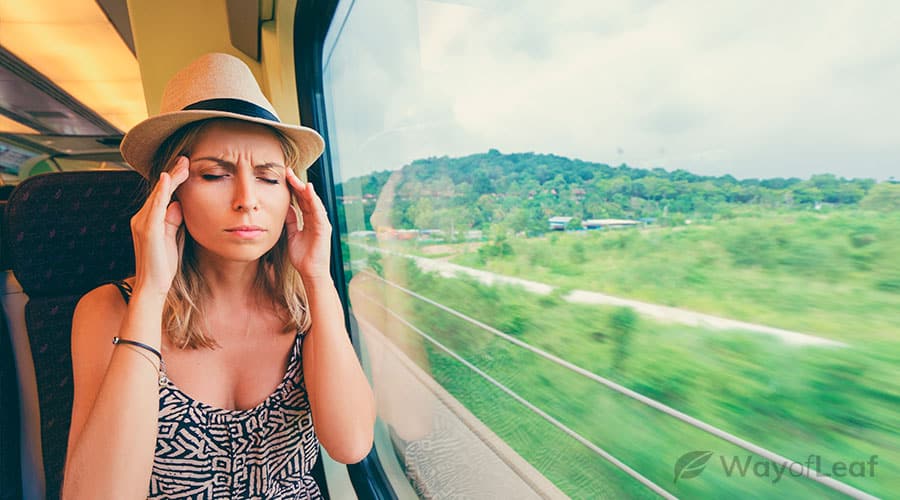 Although uncomfortable, some people may wish to purge when using rapé to help them with internal cleansing.

Nonetheless, if the sickness carries on for over two hours once the rapé has worn off, users should consider seeking medical help.

The high concentration of nicotine in rapé means rapé has the potential to be very addictive.

In the brain, nicotine activates neurons which produce the chemical messenger dopamine in a brain region called the ventral tegmental area (VTA). Scientists hypothesize that dopamine in the VTA is one of the leading biological causes of addiction.

However, rapé may be less addictive than smoking tobacco and could be used as a tool to help people quit. In one health survey conducted in 2000, 73% of men who switched to snuff successfully gave up smoking.

In chemical analyses of Nicotiana rustica, researchers have found that the plant contains the molecules NNK and NNN. Both of these molecules are carcinogenic, meaning they have the potential to increase the risk of cancer.

General recommendations for dosages of rapé are to use a pea-sized amount split in half. Each half is a dose for each nostril.

If you’ve become familiar with using a particular type of rapé, you may consider increasing the dose by small increments in size.

Because of the lack of published studies, it’s unknown whether it’s possible to overdose on rapé.

Is Rapé Legal in the US?

For the most part, rapé is legal in the US and has the same laws as smoking tobacco.

However, some preparations of rapé may contain certain plant materials, which are illegal. For example, in some instances, coca leaves are added to rapé. Because cocaine is illegal in the US, these preparations would be treated as a schedule 2 drug.

Where to Buy Rapé

You may be able to buy rapé directly from people who have traveled to South America and carried the snuff back with them. However, it’s much easier to find rapé vendors online.

If you’re looking to buy rapé over the internet, be sure to check customer reviews and TrustPilot to make sure that the vendor can be trusted and that you’re buying a good quality product.

Rapé: A Summary About Shamanic Snuff

With various spiritual and mental benefits, rapé is a popular shamanic medicine that has made its way into the West.

If you are considering using rapé, make sure you purchase a preparation from a trusted source and take a small amount for your first time.

Because rapé has the potential to be addictive and increase the risk of cancer, regular use should be avoided.

1
6 min read
Join the discussion
TOC
Premium
Your subscription has ended
If you love cannabis and appreciate our content, join WayofLeaf Premium today and receive:
Best of all, part of your membership fee will go towards helping to legalize cannabis.
Go Wayofleaf Premium
No thanks, I can't afford it
I already have an account
×
Login in to your premium account