Medically reviewed by Lynn Marie Morski, MD, Esq.
Written by Martha Allitt
6 min read
0 comments
Read Later
The following is for informational purposes only. WayofLeaf does NOT advocate the illegal sale, use, or possession of any psychedelics. Be sure to research, understand, and follow all laws and regulations relating to the use and possession of psychedelics in the state or region you live.

Sananga is a plant medicine used by different indigenous groups across the Amazon and South America.

We’ve looked into sananga and investigated some of these studies.

Read on to find out what we discovered!

Sananga is made from the roots and bark of shrubs belonging to the genus Tabernaemontana.

The most well-known species of Tabernaemontana used to make sananga is the Tabernaemontana undulata species. It is called “becchete” (meaning ‘‘medicinal plant’’) by the Matses tribe who live between Peru and Brazil.

The plant matter is typically ground into a fine powder and extracted into a liquid. The liquid is then commonly applied as eye drops to help improve vision and focus for hunting and to treat and prevent eye diseases. 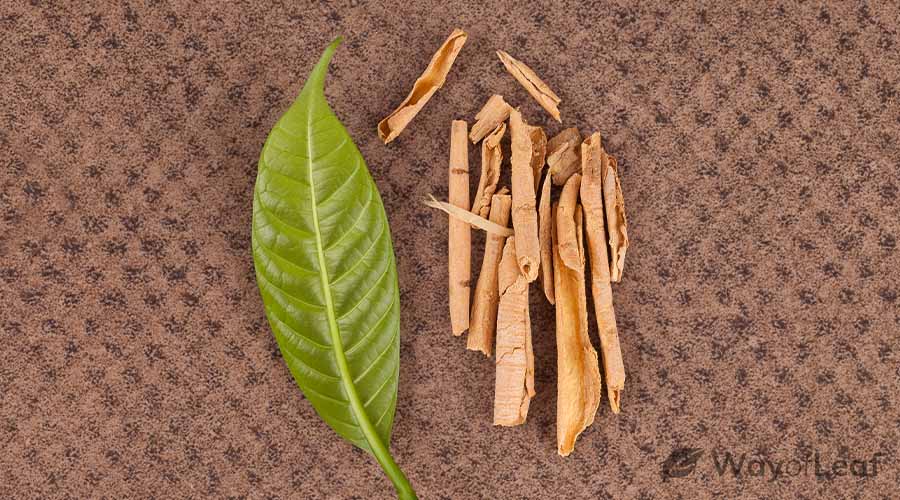 However, different indigenous groups across the Amazon have slight variations in the preparation and uses of sananga.

For example, some reports mention the use of the extracted liquid in helping to prevent infection and aid wound healing when applied directly to open wounds.

Indigenous groups also believe sananga helps clear physical blockages in the body and relieves negative spiritual energies. They believe that the stinging sensation caused by administering sananga to the eyes is the power of the plant eliminating evil spiritual forces.

This cleansing ability of sananga is important in helping guard against disease and has also led to sananga being used alongside other traditional plant medicines such as ayahuasca.

With ayahuasca, sananga helps clear the body and mind for the psychedelic experience and improves vision for the hallucinations.

Several studies have demonstrated various health benefits for plants belonging to the genus Tabernaemontana. We’ve listed some of these benefits below:

Regarding its role in wound treatment, studies have found Tabernaemontana has anti-microbial properties. These findings mean sananga could help prevent harmful bacteria and fungi from entering open cuts and causing infections.

For example, in an early study conducted in 1984, researchers showed that 18 different plant species belonging to the Tabernaemontana family displayed antibacterial activity.

The researchers in this study also demonstrated that the root and stem bark of Tabernaemontana plants – the parts used to make sananga – were the most active.

In a more recent study, researchers showed that bark extracts from Tabernaemontana alternifolia plant species possessed antibacterial activity against Staphylococcus aureus – a bacteria which is well-known to cause several diseases.

Antioxidants are molecules that help to combat the effects of oxidative stress – a series of harmful chemical reactions that happens inside cells.

One study analyzed a liquid extract made from Tabernaemontana catharinensis and found the extract was able to counteract the effects of free radicals – harmful molecules which cause oxidative damage.

Since oxidative stress is implicated in many health complications, these study findings suggest a role of Tabernaemontana catharinensis in disease prevention and health improvement.

An experiment investigating the anti-cancer activity of Tabernaemontana divaricata found an extract of the plant to help prevent laryngeal cancer cells from dividing. By preventing the cells from dividing, this effect could slow down the growth of a cancerous tumor.

Another study used extracts of Tabernaemontana coronaria to treat rats with renal cancer and demonstrated the extracts had anti-cancer properties.

The body’s inflammatory system is its natural defense force against harmful micro-organisms. It serves a vital function when functioning normally, but it starts to attack healthy body cells and can cause numerous diseases when overactivated, which can be detrimental to health.

In a study, scientists found that an extract made from the Tabernaemontana divaricata plant leaves was protective against inflammation-associated damage in mice.

The researchers proposed that the anti-inflammatory activity was because of molecules called flavonoids found inside the plant, which are well-known to positively affect health.

As flavonoids are found in most species of Tabernaemontana, these findings suggest that sananga made from several different plant preparations could be helpful in the treatment of inflammatory diseases.

A Point for Consideration

As mentioned above, Tabernaemontana undulata is the most common species used to make sananga.

Although plants belonging to the same genus will share similar characteristics, different species will have varying combinations of molecules, meaning they will all have slightly different effects.

Another point for consideration is that all of the studies mentioned above have taken place inside cells, outside of a living organism, or in rodents. As a result, it’s unknown whether the same effects happen inside living humans.

Therefore, before we can assertively say there’s any direct evidence for the health benefits of sananga, scientists first need to investigate actual preparations of sananga and study the effects on humans.

As well as aiding vision for hunting, sananga eye drops are used traditionally to treat various eye diseases such as glaucoma, cataracts, farsightedness, nearsightedness, and conjunctivitis.

Currently, there is no scientific evidence to support that sananga helps improve vision or eye diseases, only informal reports on websites like Reddit. However, theoretical reasons support the science behind sananga eye drops for vision improvement. 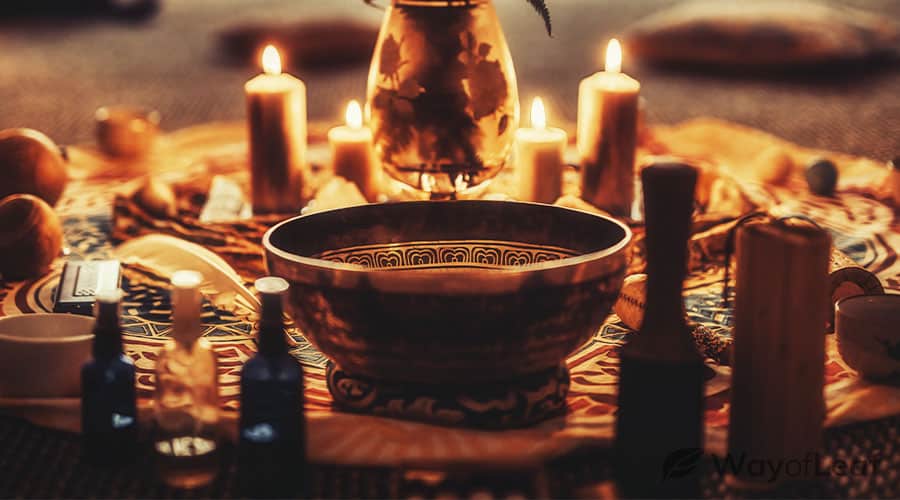 For example, certain eye diseases, such as conjunctivitis, are caused by microbial infections of the eyes. Therefore, Tabernaemontana plants’ antibacterial and antifungal activity could help prevent eye diseases caused by infection.

Furthermore, inflammation can be a cause of different eye diseases. For example, when inflammation affects the middle layer of the eye, called uveitis, this can cause cataracts and inflammatory glaucoma.

As mentioned before, tribal groups sometimes use sananga alongside ayahuasca. Not only is it believed that sananga could help purify the body and mind before the ayahuasca experience, but it also enhances visual hallucinations during the experience.

Again, there’s no exact scientific reasoning to support why sananga eye drops may enhance ayahuasca visuals. However, one study in 2014 suggests that the Tabernaemontana undulata shrub contains ibogaine. This psychoactive molecule can cause powerful internal hallucinations, theoretically making the hallucinations with ayahuasca more powerful.

There are no safety studies on sananga to date. However, there are several health concerns with ibogaine.

Some of these health concerns include:

Although rare, in some cases, the adverse effects of ibogaine on the heart have even led to heart attack and death.

Furthermore, suppose the sananga eye drops are prepared incorrectly, or too much is administered to the eyes at once. In that case, potential irritants could cause damage to the eye, which could even risk causing blindness.

Therefore, it’s necessary for anyone looking to try sananga eye drops that they do so under the guidance of a well-trained practitioner.

Sananga has typically only been used by tribal groups across the Amazon. However, modern research into the health benefits of sananga means the plant medicine could potentially make its way into Western health care as a treatment for eye diseases, or conditions where infection and inflammation are associated.

However, the research into sananga is limited. Researchers would need to conduct several more studies to prove that any of the health claims listed work for humans and make sure that the medicine is safe.

So the science is still a long way off, but it’s exciting to see what modern medicine can learn from ancient traditions, such as the use of sananga.

Related article
Natural Hallucinogens: What Are the Options?