Medically reviewed by Lynn Marie Morski, MD, Esq.
Written by Hayley Rees, HBCom
5 min
0 comments
Read Later
The following is for informational purposes only. WayofLeaf does NOT advocate the illegal sale, use, or possession of any psychedelics. Be sure to research, understand, and follow all laws and regulations relating to the use and possession of psychedelics in the state or region you live.

No doubt you’ve heard stories of people traveling to far-away destinations to experience taking psychoactive or entheogenic drugs to enter alternate dimensions of reality. One such example of a natural source of psychoactive drugs is the San Pedro cactus, also known as Echinopsis pachanoi or Huachuma.

Originating from Peru and Ecuador, the San Pedro cactus contains the psychoactive compound mescaline and plays a vital role in Latin American shamanic culture. Much like ayahuasca, the cactus has been used as a plant medicine by indigenous communities for thousands of years.

Originally, plant medicines were used solely by shamans seeking spiritual insights and were condemned by European travelers. However, as the world opened its eyes and mind to the apparent wonders of the hallucinogenic natural treatments sacred to South America, backpackers have been flocking to the continent to experience the magic for themselves.

What Is the San Pedro Cactus?

San Pedro is a hallucinogenic cactus native to the Andes in South America. It contains mescaline, one of the longest-studied psychedelics in the world – and was the first to be labeled with the term “psychedelic.”

Mescaline is a naturally occurring hallucinogenic compound found in many species, including the Peruvian and Bolivian torch cacti, as well as peyote. Many believe that the San Pedro cactus was the world’s first hallucinogenic used by humans since evidence of its consumption dates back thousands of years. 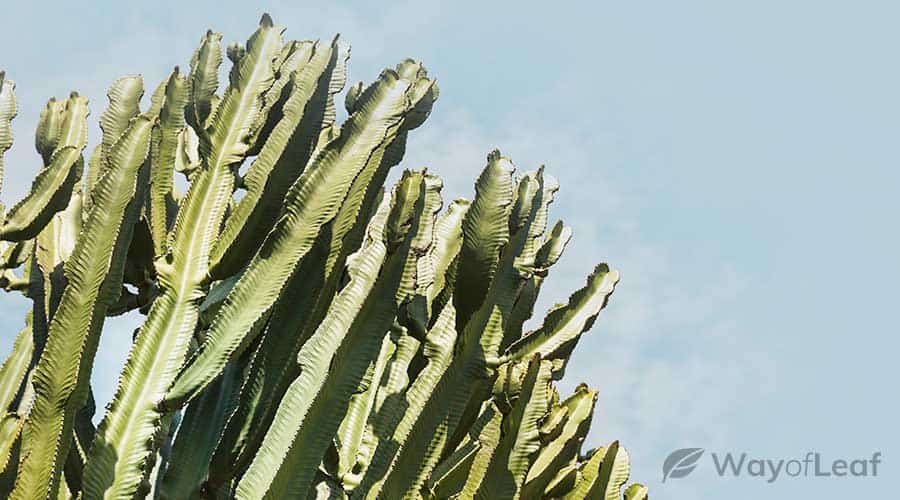 The psychedelic cactus has been an essential component of spiritual ceremonies of various indigenous cultures for many years. While many use it for therapeutic purposes, some believe that it can open doors in people’s minds and hearts.

Regarding these ceremonies, people describe the experience as empathogenic and potentially life-changing. One may feel a radical sense of introspection, healing, and a sense of awe and wonder.

Although it can be hard to quantify psychedelic substances’ effects accurately, a few common effects are likely to be experienced when using San Pedro. These include:

The experience is comparable to that of other psychedelics due to the sense of spiritual insight and connectivity that pervades. Typically, the effects kick in around 1 – 2 hours after ingestion and peak for an additional 2 – 4 hours before winding down for another eight or so hours.

How to Identify the San Pedro Cactus

Today, the San Pedro cactus is often grown for ornamental purposes, but it’s also grown for the ingredient mescaline. It’s among the fastest-growing cacti and can be identified from other cacti plants by a few distinguishing features.

Here are the key attributes to look out for when it comes to the San Pedro cactus identification process:

Related article
Is Ayahuasca Legal in the US? [What the Laws Say]

The San Pedro cactus is closely related to the Peruvian torch cactus and even looks very similar – making it easy to confuse the two unless one is an expert. Generally speaking, the Peruvian torch is shorter in stature, and its branches are more spread out and parallel, and more arched.

Where to Find San Pedro Cactus

When looking for the San Pedro cactus in the wild, there are plenty of places to find it in Peru and Ecuador, but it does take some searching. The best bet is the Andes’ eastern slopes, within the elevational range of 1,800 to 2,800 meters above sea level.

People there can buy the cactus legally in tree nurseries and florist shops in these regions. Moreover, it is widely grown in gardens throughout the Ecuadorian cities of Cuenca and Quito and the Peruvian city of Cusco, to name only a few.

Where does the San Pedro cactus grow domestically? The plant is cultivated and sold in many parts of the U.S. and can be grown outdoors in some western and southwestern states – as far north as Colorado. It does exceptionally well in Southern California and Arizona.

The San Pedro cactus does exceptionally well in Southern California and Arizona.

The San Pedro plant only needs water and some nutrients, and it likes bright and warm conditions. The hills it typically grows on have nutrient-rich soil. When cultivating the cactus indoors, make sure it gets direct sunlight – the best place would be a windowsill on the south-facing side. On a scorching day, giving it a bit of extra water is a good idea.

To grow San Pedro from a cutting, you must dry it first – until the cutting wound has “healed” – and then allow it to root in the ground before it starts growing (which can take up to a year). Growing from seeds calls for a lot more time and effort.

There are several ways to extract mescaline from San Pedro and other similar cacti. You can dry the cactus and grind it into a powder, brew a viscous tea, or you can make a thick resin.

Many believe that most of the mescaline is present on the green outer layer of the plant. No two cacti contain the exact same amount of active constituents, making dosing San Pedro quite a challenge. But generally speaking, 9 – 12 inches of cacti should be enough for a single mid to high dose, depending on how much mescaline is in the specimen. 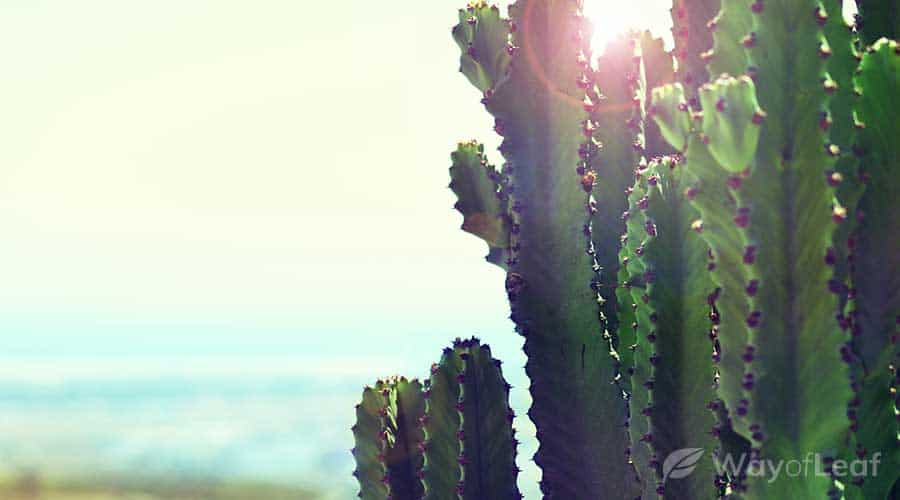 The classic preparation process involves harvesting about a foot of cactus. Some people remove the spikes, while others leave them on. The next step is to slice the cactus down the ribs, ranging from four and eight ribs. Four ribs are the most sacred as they represent the four winds or four cardinal directions.

Some practitioners believe that the core of the cactus (white interior) is toxic to consume. They either discard it or use it for making soap. The green exterior and approximately one inch of the interior segment are then cut into small cubes. Next, the cubes are boiled for between 3 – 12 hours, adding more water as necessary. The result is a sticky dark green sludge that contains high amounts of mescaline.

San Pedro Cactus: Is It Legal?

Lastly, we need to look at the San Pedro legality issue. While it is legal to grow the cactus as an ornamental plant, extracting the mescaline is illegal. This is because mescaline is an illegal, Schedule 1 drug in the United States.

In the U.S. and many other parts of the world, the San Pedro cactus’ legality all comes down to intent. Growing San Pedro and other mescaline-containing cacti is entirely legal as long as there is no intent to sell, prepare, or consume them as psychedelics.

In the U.S. and many other parts of the world, the San Pedro cactus’ legality all comes down to intent.

But things in the Andean Nations are a bit different. Ecuador, Peru, Columbia, and Bolivia all allow for the use and sale of the San Pedro cactus as a plant medicine.

In these countries, people openly advertise San Pedro ceremonies in many tourist hotspots. You can even buy the “just add water” powdered version of San Pedro at most markets.

The San Pedro cactus makes for an amazing ornamental plant, but it is also rich in mescaline, a psychedelic compound, so consuming the plant is illegal in many countries. However, growing it as an ornamental plant is perfectly safe and legal, but growers should still keep it away from children and pets.