Having a terminal diagnosis can be immensely distressing. As such, patients with end-of-life illness often develop the psychological symptoms of depression and anxiety.

Current treatment models for dealing with anxiety and depression, associated with end-of-life illness, help to manage psychological symptoms but don’t often deal with the underlying fear and sadness towards death.

Psychedelics could offer a promising treatment for anxiety and other psychological symptoms relating to end-of-life care.

Psychedelics such as psilocybin (the active component in magic mushrooms), DMT, and LSD have been shown to help people more easily change their perspectives, deal with life beyond the current reality, and significantly improve mood and wellbeing. As such, psychedelics could offer a promising treatment for anxiety and other psychological symptoms relating to end-of-life care.

This article will explore some of the research highlighting how psychedelics could be used to alleviate end-of-life anxiety.

In the UK and the US, ketamine is already available publically, unlike other psychedelics. 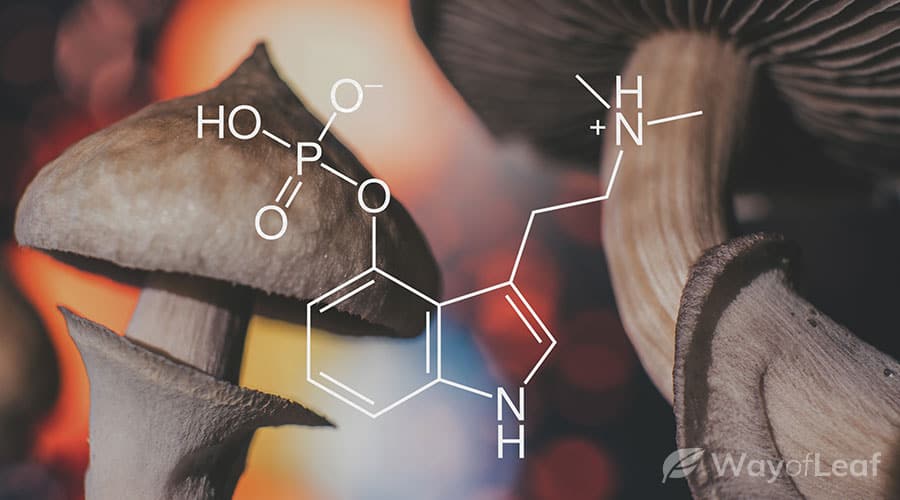 One study investigated the effect of intravenous ketamine in patients from a hospital’s palliative care unit and showed decreased anxiety scores following the treatment. Research shows ketamine can reduce anxiety related to social anxiety disorder (SAD), which suggests that ketamine may be used as a broad spectrum anxiety treatment.

A study from 2014 treated 12 patients with anxiety associated with a life-threatening illness. The treatment included drug-free therapy sessions and 2 LSD-assisted therapy sessions. The results were decreased anxiety scores two months following treatment, with no side effects reported.

Another study shows that LSD can lead to sustained reductions in anxiety associated with death in normal subjects one year after LSD.

One study found that MDMA-assisted psychotherapy decreased anxiety compared to psychotherapy without MDMA in people with life-threatening illnesses. However, the differences were not scientifically significant.

These strains are sure to offe…

Key features of mystical experiences include:

The process of dying deals with existentialism, which is exploring the unknowns of human existence. Psychedelics can provide meaningful spiritual experiences, a connection to what exists beyond the self. These effects could help people with terminal illness feel more comfortable about moving beyond their lived experience of reality.

Research shows that the more mystical patients’ experiences with psilocybin are, the more likely it is that anxiety and depression decrease.

A decrease in ego, the sense of self, is a common feature of the psychedelic experience.

Anxiety and depression associated with dying could be related to grief over losing one’s own life and being. By experiencing a loss of sense of self with psilocybin, people may feel more prepared for and comfortable with death.

Research shows that psychedelics can increase neuroplasticity in the brain. Neuroplasticity is the ability of the brain to reorganize and grow new connections between nerve cells.

Psychedelics could help people with terminal illnesses change their pre-existing ideas about death.

By increasing cognitive flexibility, psychedelics could help people with terminal illnesses change their pre-existing ideas about death and feel more comfortable with the idea of dying.

Brain-derived Neurotrophic Factor (BDNF) is a chemical molecule that exists inside the brain. Low levels of BDNF have been linked to anxiety and depression.

Psychedelics have been found to increase levels of BDNF, which may help explain why they can have an anti-anxiety and antidepressant effect in people with a terminal illness.

When psychedelics have been taken for therapeutic purposes, such as in end-of-life care research, patients take the drug alongside guides or therapists whose job is to stay present and look after the patient during their altered state.

Typically during the psychedelic experience, patients lie down with a blindfold on while listening to music. The blindfolds and music are to encourage patients to focus on their inner experiences. 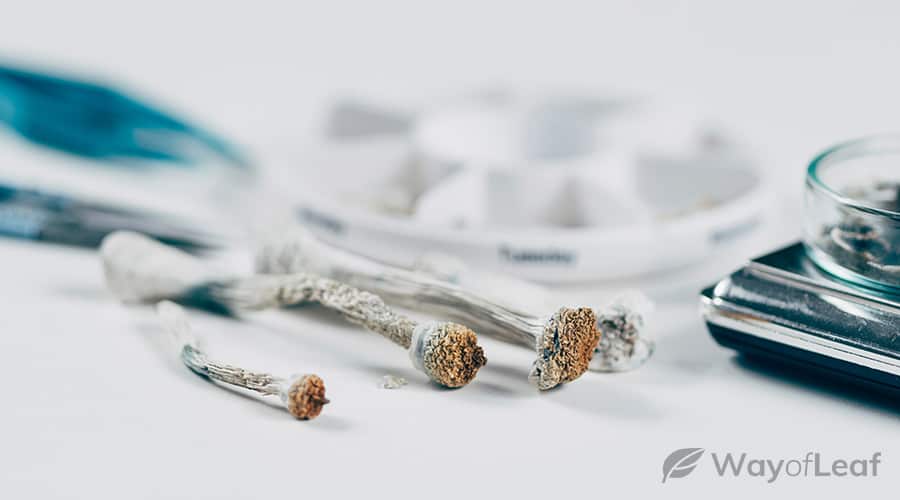 Before the psychedelic sessions, the patients will have meetings with the guides to prepare them for the experience and build trust.

Post-psychedelic integration sessions are encouraged, where the patient can talk about and try to make sense of their experience.

Research shows there are no significant adverse clinical side-effects with psilocybin therapy or LSD therapy for people with terminal illnesses. However, psychedelics can increase heart rate and blood pressure, so it may not be recommended for people with pre-existing heart conditions.

TheraPsil, based in Canada, is the only current organization that provides patients access to psilocybin therapy for end-of-life distress in a healthcare setting. More information about the organization can be found at the link at the bottom of this webpage.

In the UK, the US, and most of Europe, psilocybin is currently a Schedule 1 substance, meaning it is illegal to possess and can’t be used for medical purposes.

In the US, the state of Oregon recently passed measure 109, which means psilocybin treatment for mental health conditions is now legal, though implementation won’t take place until 2022.

In Jamaica, the Netherlands, and some regions in South America, psilocybin (either in the form of mushrooms or truffles) is legal. People may choose to attend legal psychedelic ceremonies in these regions for spiritual, healing, and therapeutic purposes. Although different from clinical psilocybin therapy, the ceremony facilitator often takes on a similar role to a clinical guide or therapist.

In the UK and US, ketamine is a Schedule 3 drug, meaning people can use it for medical purposes. There is an increasing number of ketamine-infusion therapy clinics opening in the US.

Similar to psilocybin ceremonies, people attend ayahuasca ceremonies for spiritual, healing, and therapeutic purposes. Ayahuasca is primarily legal in countries in South America, such as Brazil, where the vines and plants that constitute ayahuasca grow naturally.

Classical psychedelics have biological mechanisms that could help treat anxiety’s neurochemical causes. In patients with a terminal illness, they also have psychological effects, which could help patients become more accepting and comfortable with death.

Current access to psychedelic therapy for end-of-life care is difficult and occurs mainly through clinical trials and psychedelic retreats in countries where the drugs are legal. However, scientific studies show psilocybin is a safe and effective treatment option, meaning in the future, psilocybin therapy in end-of-life care could be widely available.