Post-traumatic stress disorder (PTSD) is a common psychological condition. However, there is currently a lack of effective treatments. The most widely recommended option is psychotherapy, but there is a high drop-out rate, and 40–60% of patients still experience symptoms afterward.

For this reason, scientists have begun exploring novel therapies, including psychedelics like MDMA, ketamine, psilocybin, and cannabinoids. Research is in its infancy, but the initial results are mainly positive.

So, how do these drugs work, and is one better than the others? We explain everything in this in-depth guide to psychedelics and PTSD.

PTSD is a highly complex disorder that affects several different regions of the brain. It results from a traumatic experience that causes lasting changes to the nervous system and a wide variety of symptoms.

Unfortunately, due to its complexity, PTSD is challenging to resolve. Pharmaceuticals have limited use, leaving psychotherapy as the mainstay of treatment. However, even this presents some difficulties.

PTSD can cause people to become avoidant and have difficulty facing their traumatic memories. Therefore, the drop-out rate is high, and many patients are left with symptoms, even after completing a course of therapy. 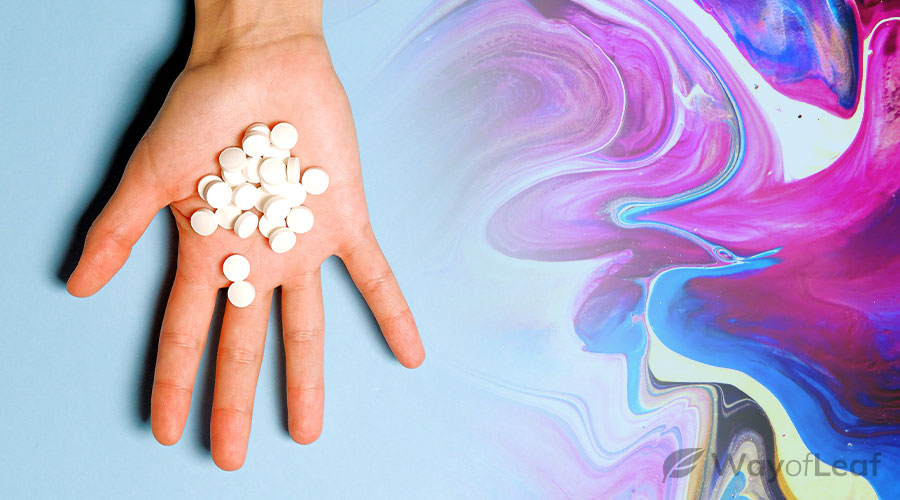 These issues have led researchers on a quest to find new and effective medications for PTSD. And it seems that psychedelics could hold the key.

The best-studied drug in this category is 3,4-methylenedioxymethamphetamine (MDMA). Early research suggests that it could provide significant benefits in combination with psychotherapy.

Less research exists on other psychedelics, such as ketamine, lysergic acid diethylamide (LSD), and psilocybin for PTSD treatment. However, these drugs could also potentially offer some benefits. Research also suggests that cannabinoids may help, although some would argue they are not technically psychedelics.

To better understand how psychedelic therapy could help, let’s briefly look at PTSD and how it affects the brain.

How PTSD Affects the Brain

A 2006 review by J. Douglas Bremner, MD, explains how PTSD causes prolonged changes to several brain regions and neurochemicals. They include the following:

The hippocampus plays a crucial role in learning and memory. It is readily influenced by external stimuli, meaning that it is highly susceptible to the effects of trauma. In PTSD, overall hippocampus volume may reduce, leading to altered cognitive and memory processing.

The amygdala is one of the brain’s primary emotional centers. It is particularly associated with feelings of anxiety and fear. Amygdala activity tends to increase in PTSD, thus escalating these emotions.

PTSD can also cause abnormal responses to several neurochemicals. They include the stress hormones cortisol and norepinephrine, and serotonin, which regulates mood.

Now let’s look at how various psychedelics could help to attenuate these changes.

There are currently only two FDA-approved drugs for PTSD. These medicines are sertraline and paroxetine. Both are selective serotonin reuptake inhibitor (SSRI) antidepressants, which increase serotonin levels in the brain. Therefore, they may relieve some, but not all, PTSD symptoms.

The search for more effective PTSD drugs has led scientists to investigate novel therapies, such as psychedelics.

To date, most studies have focused on using MDMA to treat PTSD. It seems to act as a significant catalyst to psychotherapy, expediting and enhancing its results.

These studies’ findings have been so impressive that the FDA designated MDMA as a Breakthrough Therapy for PTSD. Phase 3 clinical trials are ongoing, focusing on the efficacy of MDMA-assisted psychotherapy and the drug’s effects on the amygdala and prefrontal cortex.

There is also some evidence that ketamine could help, as this 2019 review explains. It appears to provide rapid symptomatic relief, especially in patients with PTSD and depression. The theory is that PTSD causes a breakdown in connectivity between brain cells, which ketamine may restore.

The process of rebuilding these connections is known as synaptic plasticity or neuroplasticity. It relies on a neurotransmitter called glutamate and its NMDA cell receptors, which ketamine significantly impacts.

There is less evidence surrounding the effectiveness of classical psychedelics such as psilocybin and LSD for PTSD.

However, there have been several studies on psilocybin’s effects on other mental health conditions. So far, it has shown promise for depression, anxiety disorders, obsessive-compulsive disorder (OCD), and addiction.

We can hypothesize that classical psychedelics may also be a useful adjunct to psychotherapy for PTSD from what we know about their effects.

Cannabinoids, including THC and CBD, are not generally classed as psychedelics. However, in some cases, high THC doses could induce psychedelic effects. There is also some research suggesting this compound could benefit PTSD.

It works by interacting with the endocannabinoid system, which exists throughout the body, including the brain and nervous system. In PTSD, cannabinoids target the amygdala to reduce feelings of anxiety.

THC also appears to offer temporary relief from symptoms like insomnia and nightmares. It induces deeper sleep, reducing the rapid eye movement (REM) phase during which dreams occur. It may also increase fear extinction, leading to reductions in the fear response.

The caveat is that cannabinoids’ benefits are very much dose-dependent. For example, while low doses of THC can reduce anxiety, overconsumption may induce racing thoughts and paranoia.

The table below summarizes the various options for treating PTSD with psychedelics and how they could provide relief:

What Is the Best Drug Protocol to Treat PTSD?

Research into psychedelics for PTSD is just beginning. Therefore, it is currently difficult to say whether one drug for PTSD is better than another.

So far, there is more evidence to support the use of MDMA than other psychedelic drugs. However, that is not to say that the alternatives have no use. It is merely that further clinical trials are necessary to determine the extent of their effectiveness. 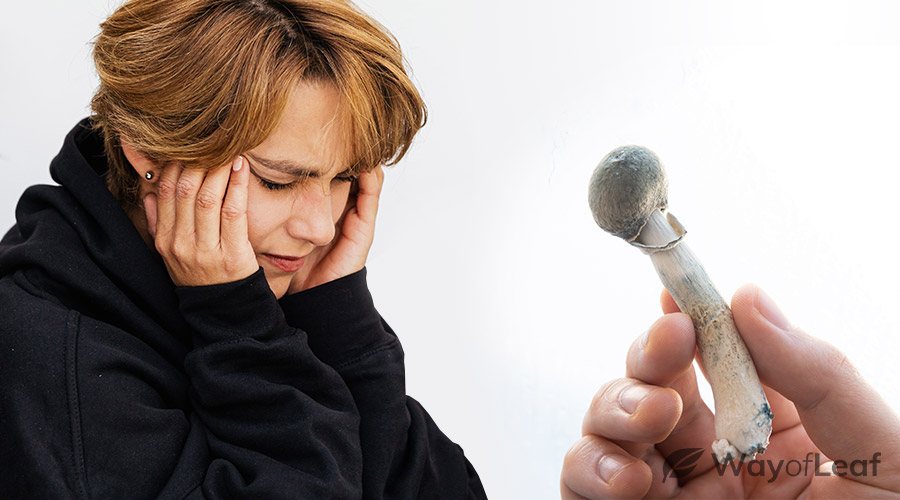 Cannabinoids might have some advantage over the other options due to their availability. Medical marijuana is now legal in most U.S. states, including Washington DC, with many listing PTSD as a qualifying condition. This is in stark contrast to the other options on this list, which remain illegal in most places.

The thing all these drugs have in common is that they work best as part of an ongoing psychotherapy program.

For example, in most MDMA clinical trials, the subjects participated in 15 psychotherapy sessions, only 2–3 of which were drug-assisted. There is no evidence that it is effective as a standalone therapy.

Therefore, anyone interested in trying psychedelic drugs to treat PTSD should talk to a knowledgeable physician or therapist first. Better still, individuals could join an ongoing clinical trial in their area and help progress research into psychedelics and PTSD.

What is Microdosing Mushrooms – And What Does It Do?