Nowadays, more people than ever seem to be struggling with mental health concerns. However, the development of effective new treatments is troublingly slow.

Unfortunately, most antidepressants take several weeks to act, and some people never respond to their effects. Treatment-resistant depression is a major concern for healthcare professionals worldwide, and the search for practical solutions continues.

Recently, new research into psychedelics and depression has begun to emerge. Many experts now believe that these substances could play a role in treating this prevalent mood disorder. But do they work, and if so, how? Let’s take a look.

According to the World Health Organization, over 264 million people are struggling with depression. This figure represents a significant burden, but research into the condition is stagnating.

Throughout the 1950s and 60s, various studies suggested that psychedelics could play a role in treating depression. However, the Controlled Substances Act of 1970 outlawed their use, and experiments ground to a halt. 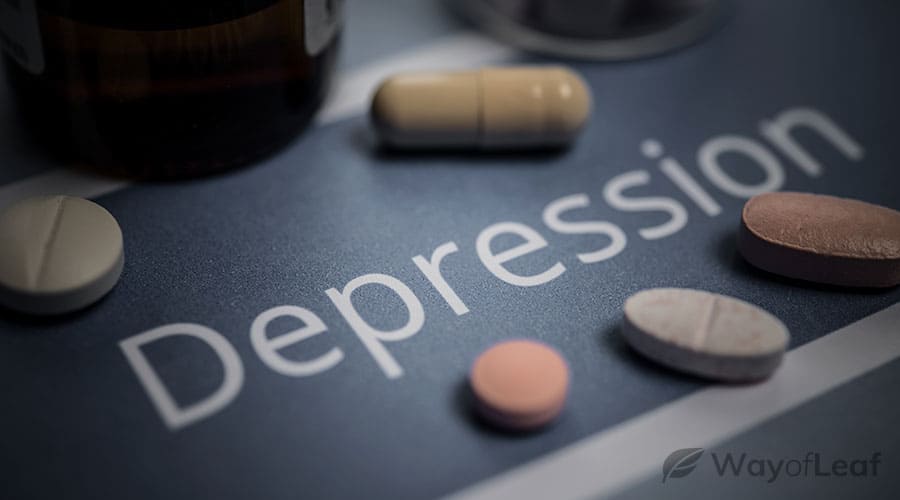 Now, a new generation of scientists has become interested in psychedelic therapy for depression. Although small sample sizes limit most studies, their preliminary results are promising.

For example, a 2019 review of seven studies and 130 patients suggested that using psychedelics in a supportive setting provides “immediate and significant” antidepressant effects. Furthermore, most people tolerated these substances well. Adverse effects were transient, and included:

An earlier 2018 review supported these results. It indicated that various psychedelic substances are both safe and effective in conjunction with psychotherapy, even for treatment-resistant conditions.

These reviews may offer some hope to patients suffering from depression. However, it is crucial to understand that research is in its infancy, and there is still a lot to learn.

Although scientists in the 1950s conducted numerous experiments with psychedelics, especially lysergic acid diethylamide (LSD), most of these studies did not meet modern research standards. Many had flawed methodologies with a high risk of bias, making their results somewhat unreliable.

More recent studies are of better quality, but there are still many challenges to overcome.

More recent studies are of better quality, but there are still many challenges to overcome. Legality is a significant hurdle, as psychedelics are still widely illegal. This prohibition also means that patients must exercise caution when treating depression with psychedelics to avoid putting themselves in legal jeopardy.

One option is to enroll in any clinical trials that are taking place locally. Another is to travel to an area where psychedelic use is decriminalized. Either way, it is critical to seek a qualified mental health professional’s guidance to ensure a proper therapeutic experience.

Many different psychedelic drugs have the potential to assist people with depression. Some work very similarly, while others have a distinct mechanism of action.

Here, we discuss some of the best-studied psychedelics for depression, their potential benefits, and how they work.

As we already mentioned, LSD research was prolific throughout the 1950s. It showed promise for conditions including depression, anxiety, and addiction, with the most robust evidence being for alcoholism.

The most common adverse effects were “challenging experiences,” sometimes known as bad trips. Others included increased heart rate and blood pressure and the onset of psychosis in those predisposed to it. Therefore, LSD is unsuitable for people suffering from paranoid states of mind. Moreover, people with epilepsy and pregnant women should also avoid the substance.

Serotonin is a neurotransmitter that plays a vital role in regulating mood. Most experts agree that low serotonin levels can have a significant effect on mood.

Most experts agree that low serotonin levels can have a significant effect on mood.

LSD (along with psilocybin and peyote) also seems to influence a process known as neuroplasticity. This term describes neurons’ (nerve cells) ability to regenerate and reorganize themselves.

Research suggests that people with depression have lower-than-average levels of this protein. Classic psychedelics, like LSD, may help to increase it.

Finally, LSD appears to inhibit something known as the default mode network (DMN). This system is responsible for the overthinking and rumination that often affects people with depression and anxiety.

Psilocybin is the psychedelic component of magic mushrooms, also known as shrooms. It has a similar structure to LSD and works in a very similar way.

Many modern studies have focused on the potential of psychedelic mushrooms for depression. Since 1992, scientists have investigated them for various mood disorders, including:

What you need to know…

It found that the compound decreased blood flow in various regions of the brain, including the amygdala. The amygdala is one of the brain’s emotional centers and is often implicated in feelings of fear and anxiety. Psilocybin also affected the DMN, increasing its activity in some areas and reducing it in others.

All of the study’s participants experienced improvements in depressive symptoms one week after dosing. These effects were maintained for five weeks in 47% of the patients. The authors concluded that psilocybin produces “rapid and sustained antidepressant effects.”

N, N-dimethyltryptamine (DMT) is the psychedelic component of the infamous ayahuasca brew. It is also available as a crystalline substance that users typically smoke.

Its structure is akin to psilocybin, and it works similarly. However, the body breaks down DMT very quickly, meaning that its effects last just 15–20 minutes. Regardless of their short duration, DMT’s effects are extremely intense.

MAOIs may produce their own antidepressant properties by slowing serotonin, norepinephrine, and dopamine metabolism.

These MAOIs may also produce their own antidepressant properties by slowing serotonin, norepinephrine, and dopamine metabolism. Research suggests that MAOIs play a significant role in ayahuasca’s antidepressant effects.

Furthermore, animal studies suggest that DMT alone produces antidepressant and anti-anxiety effects in rats. Whether this research translates to humans is currently unclear. Anecdotal reports claim that some users experience enhanced spirituality and mental health after using the drug.

Ketamine is an anesthetic in high doses, but lower doses produce rapid antidepressant effects. Therefore, it is currently becoming more popular as a therapy for treatment-resistant depression. 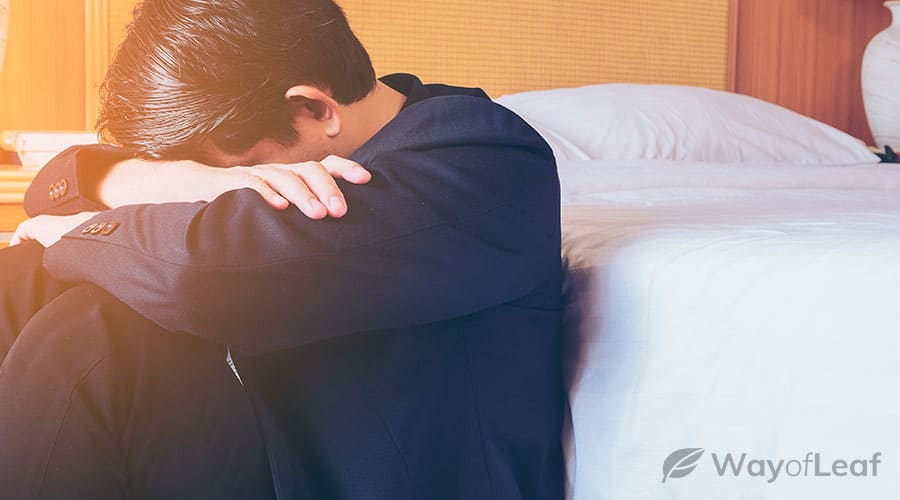 The Food and Drug Administration (FDA) has approved a nasal spray called Spravato, which contains a form of the substance. However, it is only available via a restricted distribution system due to its potential for abuse. However, intramuscular and intravenous ketamine treatments are available, as are generic ketamine lozenges, nasal spray, and even rectal suppositories.

Ketamine works by inhibiting a type of cell receptor known as N-methyl-D-aspartate (NMDA) receptors. Their function is to bind with glutamate, a neurotransmitter that may play a role in various mood disorders. The drug also seems to improve neuroplasticity, possibly by influencing BDNF levels.

Research into ketamine for depression suggests that it reduces depressive symptoms, including hopelessness and suicidal ideation. It may also be suitable for people with variants such as bipolar disorder.

Adverse reactions are usually transient, and may include:

MDMA is short for 3,4-methylenedioxy​methamphetamine. It derives from amphetamine, which doctors were using as an antidepressant as early as the 1940s. However, it fell out of fashion due to its high potential for abuse.

MDMA is probably best-known as a component of the street drug ecstasy, which produces euphoric and energizing effects. However, ecstasy often contains other contaminants, making it far riskier to use than pure MDMA.

The substance exerts its effects by increasing levels of serotonin, dopamine, and norepinephrine.

MDMA exerts its effects by increasing levels of serotonin, dopamine, and norepinephrine.

Some have suggested that serotonin levels become depleted following MDMA use, leading to side effects, including depression, anxiety, and aggression. These can appear a number of days following ingestion of the substance. Many take supplements such as 5-HTP to try to ameliorate this effect.

Research into MDMA for depression is ongoing. However, the FDA has designated it as a breakthrough therapy for PTSD.

Using psychedelics to treat depression is by no means a new idea. However, research has escalated in recent years in response to the growing need for effective and fast-acting therapies.

Although the initial results are encouraging, individuals should exercise caution when using psychedelics. They are potent substances and should be treated with appropriate care and respect. This is especially important for anyone taking antidepressants, which may interact dangerously with psychedelics.

Anyone considering psychedelic depression treatment should seek a knowledgeable professional to assist them. They should also ensure that they are familiar with the relevant rules and regulations in their area.