Psychedelics have influenced creative art and music throughout history. More recently, microdosing psychedelics has become more popularized by tech workers and innovators in Silicon Valley, who have used psychedelics to help their creative problem-solving.

We are beginning to understand better how psychedelics affect the brain and cognition. We will explore how these effects could shape our understanding of why psychedelics and creativity go hand in hand.

The Effect of Psychedelics on Creativity

Scientists have defined creativity as the ability or act of producing novel thoughts. Could the psychological and physical effects of psychedelics help explain why psychedelics increase creativity?

Classical psychedelics, including LSD and magic mushrooms, produce an effect by interacting with the serotonin 5-HT2A receptor in the brain. Animal studies have shown the 5-HT2A receptor plays a role in cognitive flexibility.

Cognitive flexibility is the ability to change behavior in response to changes in the environment. An everyday example is driving a different route home because of a road closure or changing a meal plan based on the lack of an ingredient. 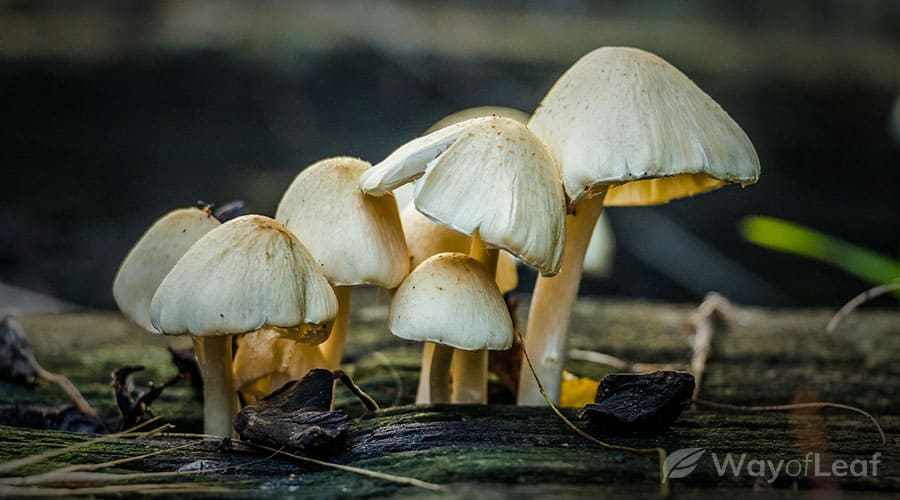 Increased cognitive flexibility also highlights why psychedelics are helpful tools in psychological therapy for depression and OCD. These disorders often involve rigid thought patterns, which are hard to change. However, cognitive flexibility allows patients to update their pre-existing thoughts and change their ingrained behaviors.

Another study showed that giving volunteers small doses of psilocybin-containing truffles (“magic truffles”) increased their scores on cognitive tests of divergent thinking. These tests also showed that those who had taken the truffles had more original thoughts than those who didn’t.

Psychedelics may activate patterns in the brain associated with creativity by altering functional connectivity.

Studies on Psychedelics and Creativity

A study carried out in the 1960s investigated the effects of LSD or mescaline on creativity in engineers and architects. The study participants reported that taking LSD helped them form new ideas and develop solutions to problems they had been working on for several months.

In a unique 1950’s experiment, study participants painted a picture of a Kachina doll before and after taking LSD. Professional artists then analyzed the paintings. The Kachina doll paintings after LSD were more abstract and expressionistic compared to before, and the artists judged them as more interesting and aesthetically superior.

A more recent study conducted by researchers at Maastricht University investigated the effects of psilocybin on creativity. A group of volunteers were given either a dose of psilocybin or a placebo. They took part in creativity tasks before, immediately after, and then seven days after taking the drug. Immediately after taking psilocybin, but not placebo, study participants had more spontaneous creative insights. Following seven days, the psilocybin group also had an increase in their number of new ideas.

As well as full psychedelic doses, microdosing, i.e., taking sub-perceptual small doses of psychedelics over a given time can also increase creativity. One large-scale study collected reports about the common effects people felt from microdosing psychedelics and out of the 278 reports, 104 included increased creative thinking.

How Have Psychedelic Experiences Inspired Artists?

Psychedelics can cause visual and auditory hallucinations. Through perceiving sights and sounds out of the ordinary, visual artists and musicians have used psychedelics to help them create abstract art that often represents their psychedelic experiences.

Psychedelics have likely inspired visual art for thousands of years. Some of the earliest examples of psychedelic inspiration in art are the motifs of mushrooms in Ancient Egyptian hieroglyphics, likely representing psychedelic mushrooms believed to have been used by the Egyptians for religious reasons.

Post-Egyptian era, the Bradshaw Rock Art of Australia, believed to date up to 26,000 years, contains abstract figures with mushrooms that also likely represent psychedelic mushrooms people were using at the time. 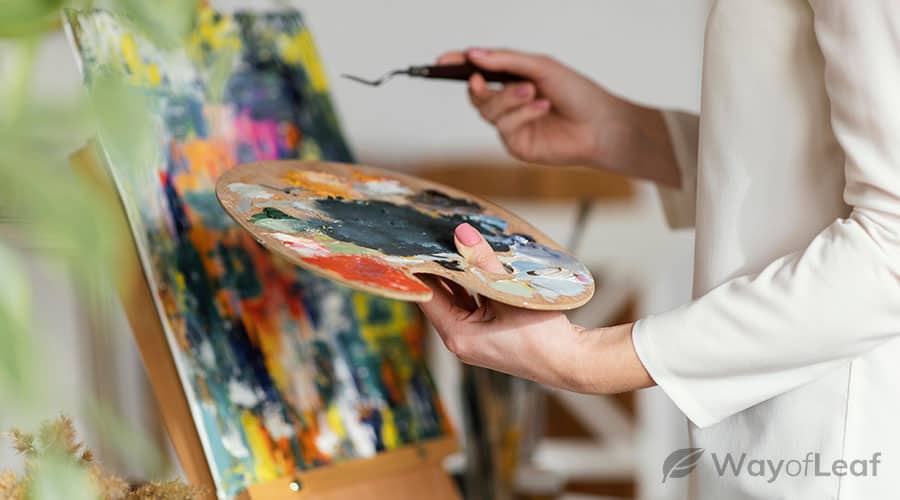 During the 1960s, psychedelic use influenced the increasing popularity of op art, short for optical illusion art. The abstract geometric patterns and illusions of shapes moving, vibrating, and disappearing associated with op art are similar to the visual hallucinations associated with LSD and psilocybin.

Alex Gray is a famous psychedelic artist of today, and his intricate paintings attempt to capture the visual hallucinations induced by DMT. Other modern psychedelic artists use computer-generated imagery and animation to create abstract and “trippy” art pieces.

As well as visual art, psychedelics heavily influenced music that emerged in the 1960s counterculture. During the 1960s was the creation of psychedelic rock music.

Some of the most famous psychedelic rock musicians of the 60s include Cream, Jefferson Airplane, Jimmi Hendrix, and the Beatles, who famously produced the iconic album Sgt. Peppers Lonely Heart Club Band following their discovery of LSD.

Besides psychedelic rock, several different electronic music genres are inspired by psychedelics and other psychoactive drugs such as MDMA. These include Acid house, Acid techno, Psychedelic trance, and Goa trance.

Psychedelics and Creativity: The Bottom Line

Since people first began using them, psychedelics have gone hand-in-hand with creativity. Psychedelic art and music blossomed in the 1960s following the discovery of LSD and has evolved into modern culture today. Furthermore, microdosing has become an increasingly popular psychedelics trend, and many users report microdosing has helped improve their creativity.

As researchers learn more about how psychedelics affect the brain, we are beginning to understand how psychedelics might influence creativity. And it will be interesting to see as psychedelics become increasingly popular, how they might shape the future of music, art, and technology.