Substance use disorders are a widespread issue that can be challenging to overcome. Recently, the opioid crisis has received much attention, claiming thousands of victims every year.

Unsurprisingly, it has somewhat overshadowed addictions to legal substances like alcohol and tobacco. However, these drugs can be equally dangerous and difficult to give up.

New research suggests that psychedelic drugs, including psilocybin, may benefit those battling alcohol and tobacco addiction. But is psilocybin addiction therapy really effective, and how does it work?

We aim to answer these common questions about psilocybin for addiction in this in-depth article. Here’s the complete guide.

Psilocybin is the psychoactive compound that exists in over 100 species of fungi known as magic mushrooms. It is classified as a classical hallucinogen, alongside lysergic acid diethylamide (LSD) and mescaline (the psychoactive substance in peyote).

Research into how the classical hallucinogens could help addiction began in the 1950s. At that point, the primary focus was on LSD and alcohol use disorder. 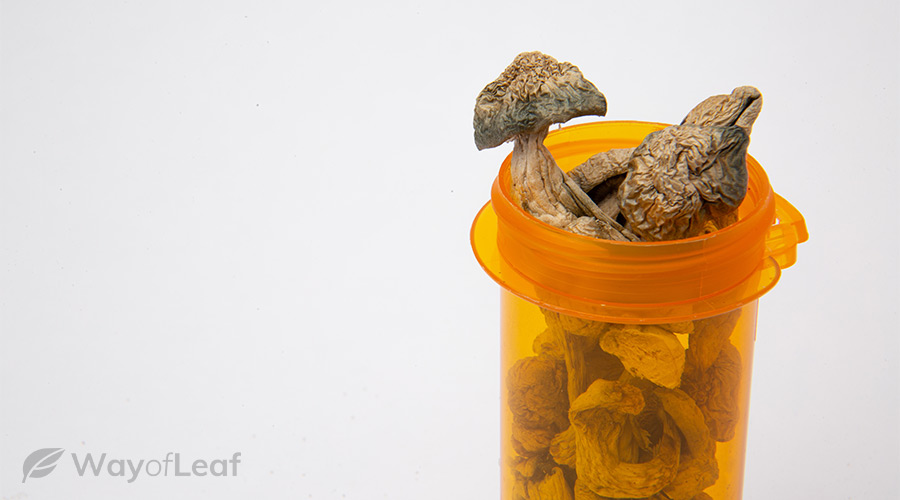 Although the initial findings were promising, research halted when psychedelic drugs became illegal in the 1970s. Looking back, many of these early studies had methodological flaws, casting some doubt over their results’ reliability.

However, a new wave of psychedelics research began in the 1990s, this time focusing more on psilocybin. To date, studies have shown that the substance could benefit a range of mental health conditions, including:

The studies on using psilocybin against addiction have so far concentrated on alcohol and tobacco use disorders. However, clinical trials are ongoing, and we expect to see evidence relating to other substances emerging soon.

How Does Psilocybin Help Addiction?

Researchers are still working to uncover the precise mechanisms of psilocybin in treating addiction. There are several theories based on what we know about how the chemical interacts with the brain.

Psilocybin, and other classical hallucinogens, have a similar chemical structure to the neurotransmitter serotonin. This enables them to bind with serotonin receptors in the brain to produce mood-altering effects.

These effects include spiritual or mystical experiences, which scientists believe are key to overcoming addiction. These experiences appear to help individuals adjust their priorities, focus on the future, and increase their motivation to quit. It seems that those who undergo “complete mystical experiences” are more likely to quit for longer.

Psilocybin also causes a spike in cortisol, one of the primary stress hormones. This spike activates a neurological system known as the executive control network, increasing one’s control over emotional processes while reducing negative thought patterns and emotions.

Finally, psilocybin reduces activity in the amygdala, the brain region associated with fear and anxiety. Scientists believe that the amygdala is one of the main areas implicated in addictive behavior. By reducing activity here, psilocybin could potentially reduce the anxious feelings that often accompany withdrawal.

The Impact of Psilocybin on Addiction Therapy

It is essential to note that the current research only supports psilocybin for treating addiction as part of a structured, therapeutic protocol.

For example, an open-label pilot study on psilocybin for smoking cessation recruited 15 healthy volunteers. They underwent 15 sessions of cognitive-behavioral therapy, only 2–3 of which involved psilocybin use.

Before dosing, they focused on reasons to quit, including the health and financial implications of smoking. They also discussed coping with urges and withdrawal with their therapist before their target quit date. 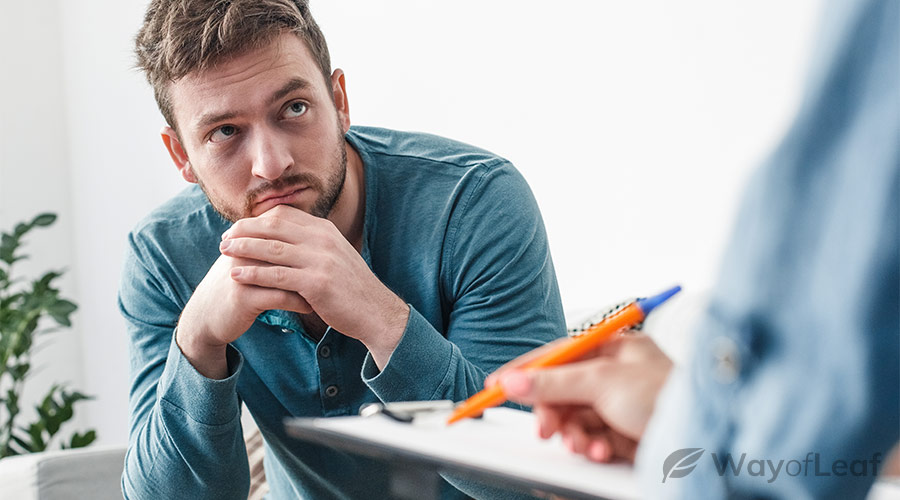 At the 6-month follow-up, 80% of the participants showed 7-day abstinence from tobacco. This figure fell slightly to 67% at the 12-month follow-up and 60% at the long-term follow-up. However, the success rate was still significantly higher than the average, which with standard behavioral and pharmaceutical interventions, is under 35%.

A 2015 study into psilocybin for alcohol use disorder had similar findings. Ten volunteers underwent 1–2 psilocybin sessions in combination with motivational enhancement therapy. Alcohol abstinence increased significantly after psilocybin administration, and was largely sustained at the 36-week follow-up. The participants also reported reduced cravings and increased belief in their ability to abstain.

These studies suggest that psilocybin has the potential to enhance the effects of standard addiction therapy significantly. However, neither involved a control group, and both studies had small sample sizes. Therefore, more research is necessary to confirm the efficacy of psilocybin for addiction.

Fortunately, a Phase 2, double-blind, randomized controlled trial is underway comparing psilocybin to the antihistamine diphenhydramine for alcohol dependence. With a sample size of 180 subjects, this study should provide more conclusive evidence once its results become available.

The current research suggests that psilocybin, combined with behavioral therapy, could be beneficial for people with substance use disorders. It appears to reduce cravings and increase motivation while having a low potential for addiction itself.

Anyone interested in trying psilocybin for addiction should contact a knowledgeable physician or therapist for further advice. Another option is to look for ongoing clinical trials locally.

Finally, anyone considering using psilocybin for substance use disorders should be aware that it is still illegal in most places. A few US cities have decriminalized the drug, and more are likely to follow suit soon. However, we urge individuals to familiarize themselves with their local rules and regulations to avoid falling foul of the law.