Smoking-related illnesses account for approximately 480,000 deaths each year in the United States alone.

This figure rises to over 5 million annual deaths globally, with experts estimating it could reach 8 million by 2030. But although most smokers are well aware of the risks, it can be incredibly challenging to quit.

Most pharmacological and behavioral interventions are only moderately effective, with under 35% of people managing to stay smoke-free in the long run. However, new research on psilocybin for smoking cessation has yielded some promising results.

The idea that psychedelics could help people to overcome addictions is not a new one.

Throughout the 1950s and 60s, research into lysergic acid diethylamide (LSD) suggested that it could benefit those struggling with alcoholism.

Unfortunately, when these drugs became illegal in the 1970s, research ground to a halt. It was not until the early 90s that scientists once again became interested in psychedelics’ therapeutic potential. 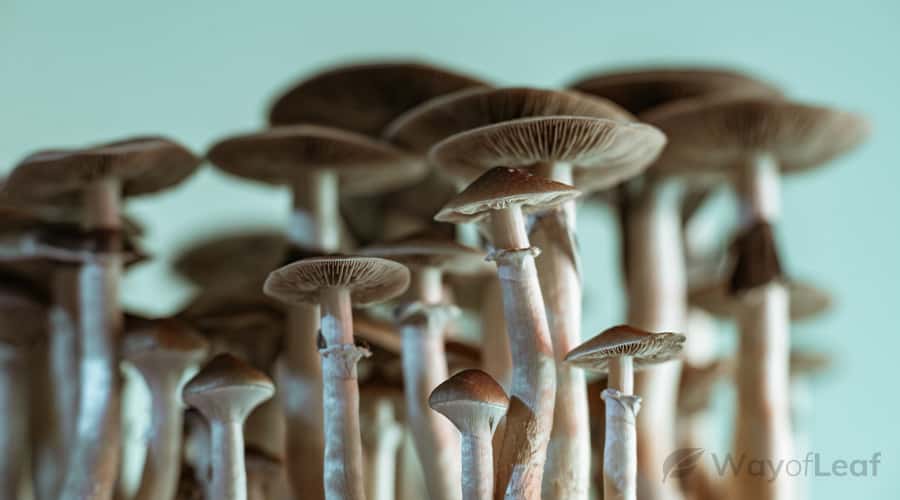 Since then, a new wave of studies has begun to emerge. One of the most well-researched substances is psilocybin, the psychoactive component of magic mushrooms, or ‘shrooms.’

Psilocybin has been investigated for a range of mental health conditions, including:

This article will focus on tobacco use disorder and why more people are now using psilocybin to quit smoking.

Psilocybin for Smoking Cessation: The Research

In 2014, researchers at Johns Hopkins University conducted a pilot study on the effects of psilocybin treatment and smoking cessation.

The study involved 15 participants who were psychologically healthy other than their nicotine dependence. The participants had smoked an average of 19 cigarettes a day for 31 years, with six unsuccessful attempts to quit.

The subjects participated in four cognitive-behavioral therapy (CBT) sessions before the first psilocybin dose. Then, on Week 5 of the study, they all received a moderate psilocybin dose of 20mg per 70kg of bodyweight.

The participants then repeated dosing at Week 7 and, optionally, Week 13. They were able to increase the dose to 30mg per 70kg of bodyweight if they felt it would be beneficial. The rationale was to extend post-dosing effects known as the ‘afterglow’ throughout the period when relapse was most likely.

During the sessions, participants lay on a couch, wearing an eye mask, and listening to music through headphones. The aim was to allow them to focus internally rather than becoming distracted by external stimuli.

Participants were not permitted to use nicotine replacement therapy, such as patches or gum, for the study duration.

The researchers conducted a follow-up six months after completion of the study. They found that 12/15 participants (80%) showed seven-day abstinence from smoking, based on various biomarkers and self-reporting.

Adverse effects were temporary and interpersonal support alleviated them.

There were no serious adverse effects during the study. However, six participants reported fear, fear of insanity, or feeling trapped at some point during the sessions. These feelings were temporary and interpersonal support alleviated them.

Is This Research Reliable?

Though the results of this study are promising, it is essential to understand its limitations.

Firstly, it had a small sample size, with just 15 participants. Secondly, it was an open-label study, meaning that both the researchers and subjects knew about the intervention.

Experts do not consider this type of study as reliable as other methods. There is no control group and a relatively high risk of bias due to the placebo effect. However, the authors of the 2014 study did acknowledge these issues. They concluded:

“Given the global scope of smoking-related mortality, and the modest success rates of approved smoking cessation treatments, the novel approach presented here warrants further investigation with a randomized controlled trial.”

How to Stop Smoking with Psilocybin

It is unclear exactly how psilocybin works for smoking cessation. However, we know that it interacts with serotonin receptors in the brain to produce psychedelic effects, commonly known as a trip. 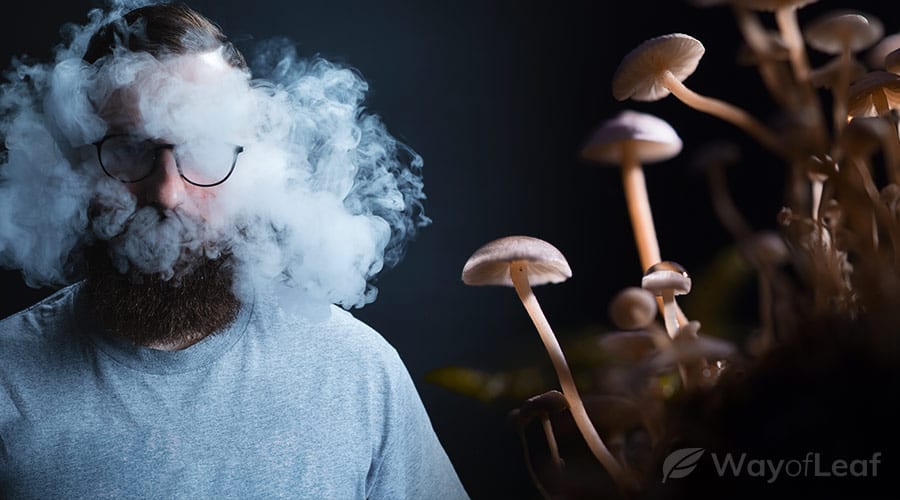 Many people describe this experience as spiritual or mystical in nature. It often precipitates positive changes in a person’s attitude, mood, or behavior.

The authors of the above study found that those who had a more profound mystical experience were more likely to quit smoking for longer.

There are numerous reasons to quit smoking, but it is not always an easy process. However, recent research suggests that psilocybin may help.

Though the mechanism by which it works is unclear, it seems the psychedelic experience can motivate users to make lasting, positive changes to their lives.

Any readers considering using psilocybin for smoking cessation should note that it was not psilocybin alone, but in combination with CBT that led to the above-mentioned results. Also, psychedelics are still widely illegal and should only be used in clinical settings, within the confines of the law.

Related article
CBD for Quitting Smoking: Why Aren’t You Trying It?

Could CBD help you kick the ha…