Post-traumatic stress disorder (PTSD) is a debilitating condition where the psychological effects of a traumatic event impact people’s daily functioning.

Currently, PTSD is typically treated with psychotherapy combined with antidepressant medications. However, patients undergoing this treatment model may continue to have ongoing symptoms.

Psychedelics have been recognized as safe and valuable tools in psychotherapy. The psychoactive component in magic mushrooms, psilocybin, has shown to be promising in treating various psychological disorders – could it be used to treat PTSD?

PTSD is a psychiatric condition that occurs following a traumatic event. Such events include car accidents, abuse, or wartime experiences. PTSD can develop immediately following the traumatic event or occur weeks to months after.

Symptoms of PTSD include:

The hypothalamic-pituitary-adrenal axis (HPA axis) is the name given to the hypothalamus, pituitary gland, and adrenal glands in the body and their interaction.

The HPA axis is connected to the amygdala, a brain region involved in fear, stress, and memory. 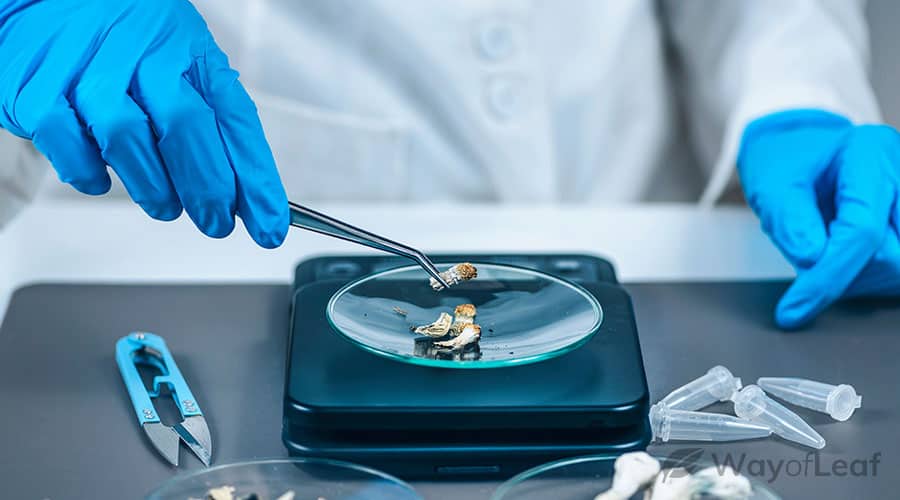 In PTSD, a traumatic event causes the HPA axis to become over-activated and interact with the amygdala, encoding the memory of the event. Because of this memory coding, sights, smells, and sounds can re-trigger the traumatic memory and cause the body to produce the same stress response as if the event were happening again.

When being tested or used for therapeutic purposes, psilocybin is given to patients under a therapist’s supervision.

During the session, patients typically lie on a bed with blindfolds listening to music while exploring how they feel internally and any thoughts they are having. Psilocybin sessions are often accompanied by pre-drug preparation sessions and post-drug integration sessions, where the therapist helps patients better understand their psychedelic experience.

This form of therapy is referred to as psychedelic-assisted psychotherapy (PAP). As well as mushrooms, psychotherapists may use other mind-altering substances in PAP.

Below we will cover some of the different psychedelic medicines considered PAP candidates for PTSD.

Psychedelics, such as psilocybin, LSD, and DMT, can improve cognitive flexibility, i.e., the ease with which to change thought patterns. These effects mean they could help patients change thoughts around their memories.

Although there is little modern research on classical psychedelics in PTSD treatment, research from the 1980s by Dutch psychiatrist Jan Basitaans showed that LSD helped patients reprocess traumatic memories.

In one study on healthy people, researchers showed a single dose of LSD improved positive behavior and positive attitudes about life after a single dose. Psilocybin has also been shown to improve wellbeing in patients with depression. These findings suggest PAP may be able to help improve mood disorders that may accompany PTSD.

A recent hypothesis by a group of scientists is that some of the neurobiological mechanisms of the psychedelic DMT-containing brew ayahuasca may counteract some of the effects of PTSD.

MDMA is the best-studied psychedelic medicine for treating PTSD. MDMA, often referred to as ecstasy, can increase the bond between therapist and patient. It can also decrease the over-activation of the amygdala (the area of the brain associated with fear) commonly seen in PTSD.

An analysis of 6 different trials investigating MDMA to treat PTSD, from 2004 to 2017, showed that MDMA combined with psychotherapy was consistently more effective in reducing PTSD symptoms than if the patients had psychotherapy without MDMA. The experiments also showed that patients who had taken MDMA had a more significant decrease in depressive symptoms than if they hadn’t.

Psilocybin-Assisted Therapy for Treatment of PTSD

So far, psilocybin-assisted therapy has shown to be beneficial in treating

Evidence for Psilocybin as a Treatment for PTSD

One research study in mice showed that psilocybin was able to increase fear extinction. Fear extinction is the ease at which rodents stop showing fear responses to sensory objects previously paired with a traumatic event.

By increasing fear extinction, psilocybin could help reduce physiological stress and fear responses to stimuli associated with the traumatic memory.

Researchers at the Medical University of South Carolina found that people with PTSD who used psilocybin as part of their therapy showed more significant improvement levels than those who didn’t.

Psilocybin may counteract some of the social symptoms of PTSD, which include feelings of isolation.

In trials investigating the use of psilocybin to treat depression, patients report feeling decreased avoidance and increased openness and connectedness. These effects may counteract some of the social symptoms of PTSD, which include feelings of isolation.

Furthermore, various war veterans have shared anecdotal reports on how psychedelic substances, including psilocybin, have helped address their PTSD.

Guy Murray is one of these people. He served in the UK military for five years and developed PTSD following the death of a friend. He said:

“It [psilocybin] allowed me to address things which I was not open to addressing, and it has honestly changed my life… I believe I left my PTSD behind in those sessions. I am no longer destructive or closed off. I have my life back.”

Biology of Psilocybin-Assisted Psychotherapy in PTSD

Research has shown that psilocybin can increase neuroplasticity in the brain. Neuroplasticity is the ability of the brain to reorganize and grow new connections between nerve cells. 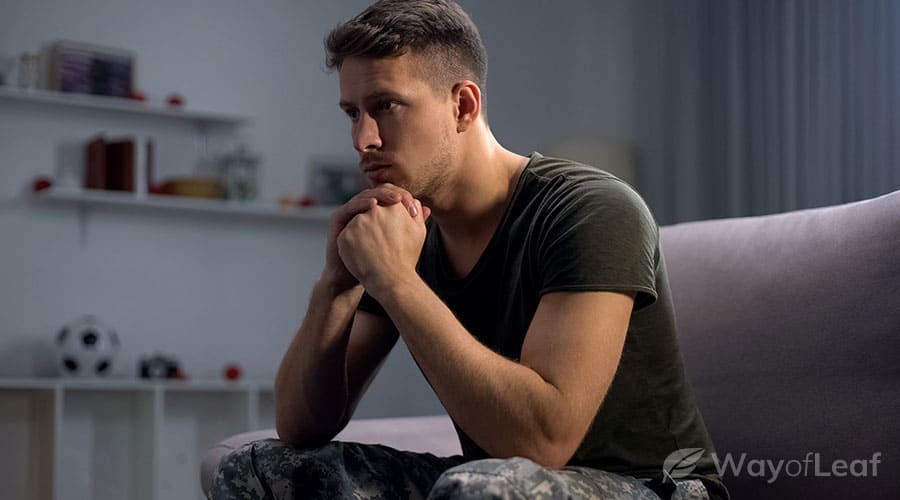 Research has shown that psilocybin decreases the activation response of the amygdala in response to various stimuli in healthy volunteers.

As overactivation of the amygdala is associated with PTSD, reducing amygdala response with psilocybin may help patients process traumatic memories during therapy.

Potential role in the circadian cycle

Insomnia is a common symptom of PTSD and may involve a disruption in a person’s circadian (sleep/wake) cycle.

Researchers have also suggested that the effects of psilocybin on the sleep-wake cycles of patients with depression could be partly responsible for its antidepressant effects.

Summary on Psilocybin and PTSD

The biological and psychological effects of psilocybin could explain why it might be a useful treatment tool to be used in combination with psychotherapy for PTSD. However, the research is limited.

More efforts are being made into investigating the potentials of psilocybin and other psychedelics as treatments for PTSD. Heroic Hearts Project is an organization helping connect military veterans struggling with PTSD to psychedelic therapies and build more research on psychedelics effectiveness. More information can be found on their website (see the article sources below).

What is Microdosing Mushrooms – And What Does It Do?