New psychoactive substances (NPS) are similar to existing illegal drugs but with different chemical structures. They were created as ways to get high without breaking the law. NPS are manufactured and consumed globally and the number of different types of NPS continues to rise, despite rules in several counties since created to ban their use.

We will explore some of the types and risks of different NPS below.

What Are New Psychoactive Substances?

New psychoactive substances (NPS) are synthetic drugs made to replicate the effects of drugs such as cocaine, cannabis, and ecstasy. They can be broadly classified into four categories:

NPS are often analogs of existing drugs, meaning they have the same physical molecule structure, or newly designed drugs with a novel structure. Generally speaking, NPS mimic the psychoactive effects of controlled substances.

NPS appeared on the drug scene around 2009, and the number of different synthetic drugs has hugely increased since. The large diversity of effects and different types of NPS mean researching the use and safety of these drugs is particularly difficult.

Lifetime use of NPS in the general population is relatively low (below 1% of the population) and is most prevalent in 18-25-year-olds. 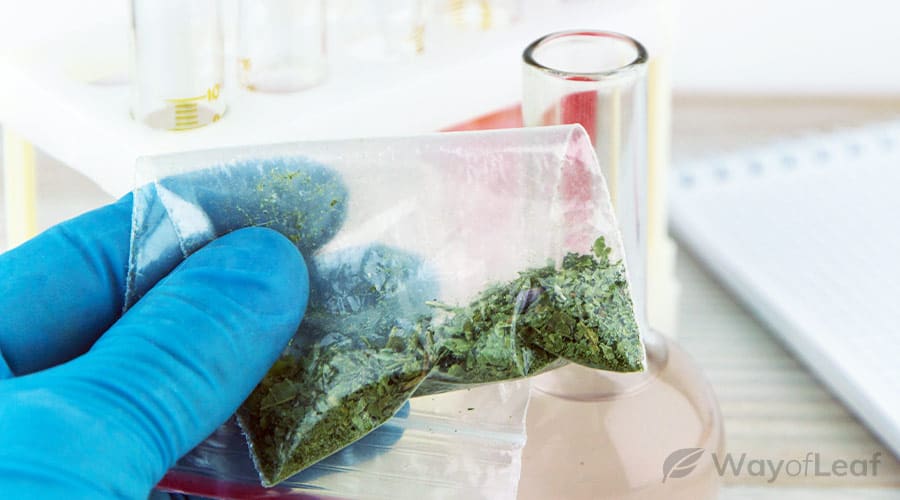 Some names given to synthetic cannabinoid products include:

In some cases, synthetic cannabinoids are inaccurately sold as either herbal cannabis or THC and CBD-containing products.

PEA is found naturally in the body and increases the action of the neurotransmitters dopamine and serotonin. Dopamine has a stimulating effect, and serotonin is involved in positive emotions meaning overall, drugs based on or similar to PEA have a physically and mentally uplifting effect.

Illegal drugs with a PEA structure are MDMA, amphetamine, and methamphetamine. Substituted phenethylamines have similar molecule structures to these drugs but some of the chemical groups are changed.

Types of substituted phenethylamines which are NPS include:

Synthetic cathinones are sometimes also called “bath salts,” “plant food,” or “fertilizer” as they used to be disguised and sold as these products.

They are chemically similar to cathinone which is a naturally occurring molecule found in the Khat plants. Khat is native to Africa and has been chewed by natives for many years.

Cathinone acts on the brain similarly to amphetamines and have similar psychoactive effects. These effects include increased energy, increased sex drive, and reduced appetite.

Examples of synthetic cathinones, which are NPS include:

Classical hallucinogenic drugs, such as LSD, psilocybin, and DMT are tryptamine molecules. Tryptamines are found naturally in nature. They act on serotonin receptors in the brain, which causes them to have psychoactive effects, including visual hallucinations.

Substituted tryptamines are NPS with molecular structures similar to the classic hallucinogens LSD, psilocybin, and DMT.

Similar to hallucinogens, substituted tryptamines have classical psychedelic effects including hallucinations, altered thinking, spiritual experiences, and a decrease in ego (sense of self).

Examples of substituted tryptamines which are NPS, include:

Benzodiazepines activate the GABA neurotransmitter system. GABA shuts down responses in the brain and slows down chemical signaling. These effects cause benzodiazepines to have sedative and hypnotic (sleep-inducing) effects.

Doctors may prescribe benzodiazepines, such as diazepam and Xanax, for various conditions including anxiety and insomnia. “Designer Benzodiazepines” are a group of benzodiazepine-type NPS that are structually similar to medical benzodiazepines but have never been approved for medical use

Both presciption and designer benzodiazepines are abused recreationally due to their relaxing and euphoric effects. These drugs are often highly addictive and can have severe withdrawal symptoms.

Novel benzodiazepines which are NPS include:

What Are the Risks of New Psychoactive Substances?

As there is often little known about the safety of NPS, it’s challenging to control dose and purity and understand the long-term side effects. Many NPS have been linked with toxicity, leading to hospital visits and even death. 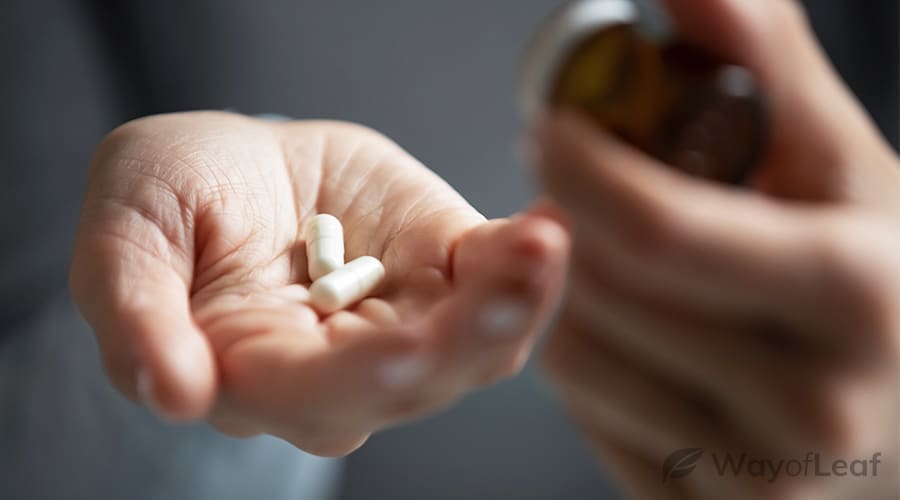 The risks are widely varied for the many different types of NPS. However, here are some general risks.

Some of the mild-to-moderate side effects of synthetic cannabinoids are:

Some of the more severe side effects of synthetic cannabis include seizures, organ failure, and cardiac arrest (heart attack).

Synthetic cannabinoids may lead to brain abnormalities in younger users, which increases the risk of developing cognitive impairment in later life. Other mental health risks include paranoia, psychosis, and aggression.

More severe side-effects of depressants can include delirium, seizures, and coma.

Related article
How to Get High Naturally [You Won’t Even Need Weed!]

How to get high without mariju…

Synthetic depressants can be psychologically addictive. Abruptly stopping taking the drugs can cause:

Because of their slow onset, there is a higher risk of overdose as users may take more of the drug while waiting for the effects from the first dose to show. Multiple cases of death due to synthetic depressant overdose have been reported.

Common adverse effects reported in studies of non-clinical synthetic hallucinogen use include:

Synthetic dissociative hallucinogens, such as MXE and PCP, have been linked to psychosis and chronic bladder and urinary tract toxicity.

What Is the Legal Situation of New Psychoactive Substances?

NPS have been historically difficult to control as new substances are rapidly brought to the drug market before laws banning their use are developed. However, certain countries now have legislation in place to control NPS.

The Federal Analogue Act is a section of the Controlled Substances Act that criminalizes drugs similar in structure and effects to a schedule 1 drug.

In Brazil and Australia, if drugs have similar chemical structures to existing illegal drugs then they are banned. In Sweden, the police have the right to seize the supply of any drugs, even if they are not a controlled substance if the police suspect they are being used as drugs of abuse.